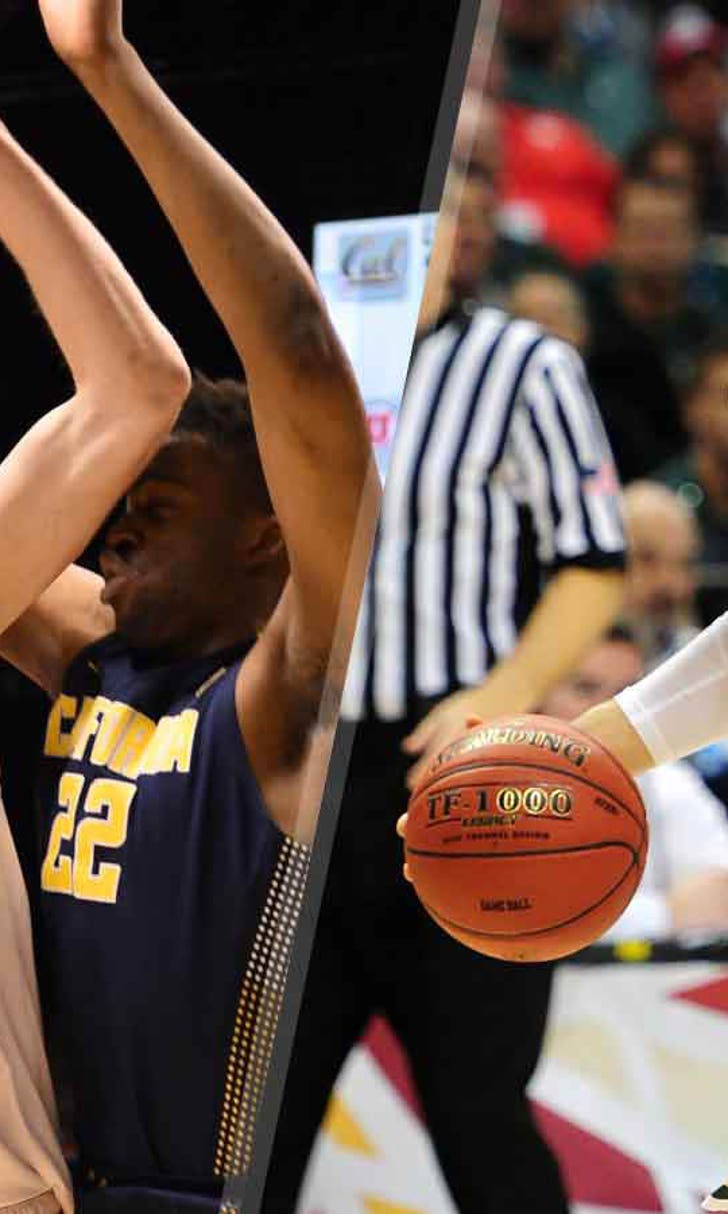 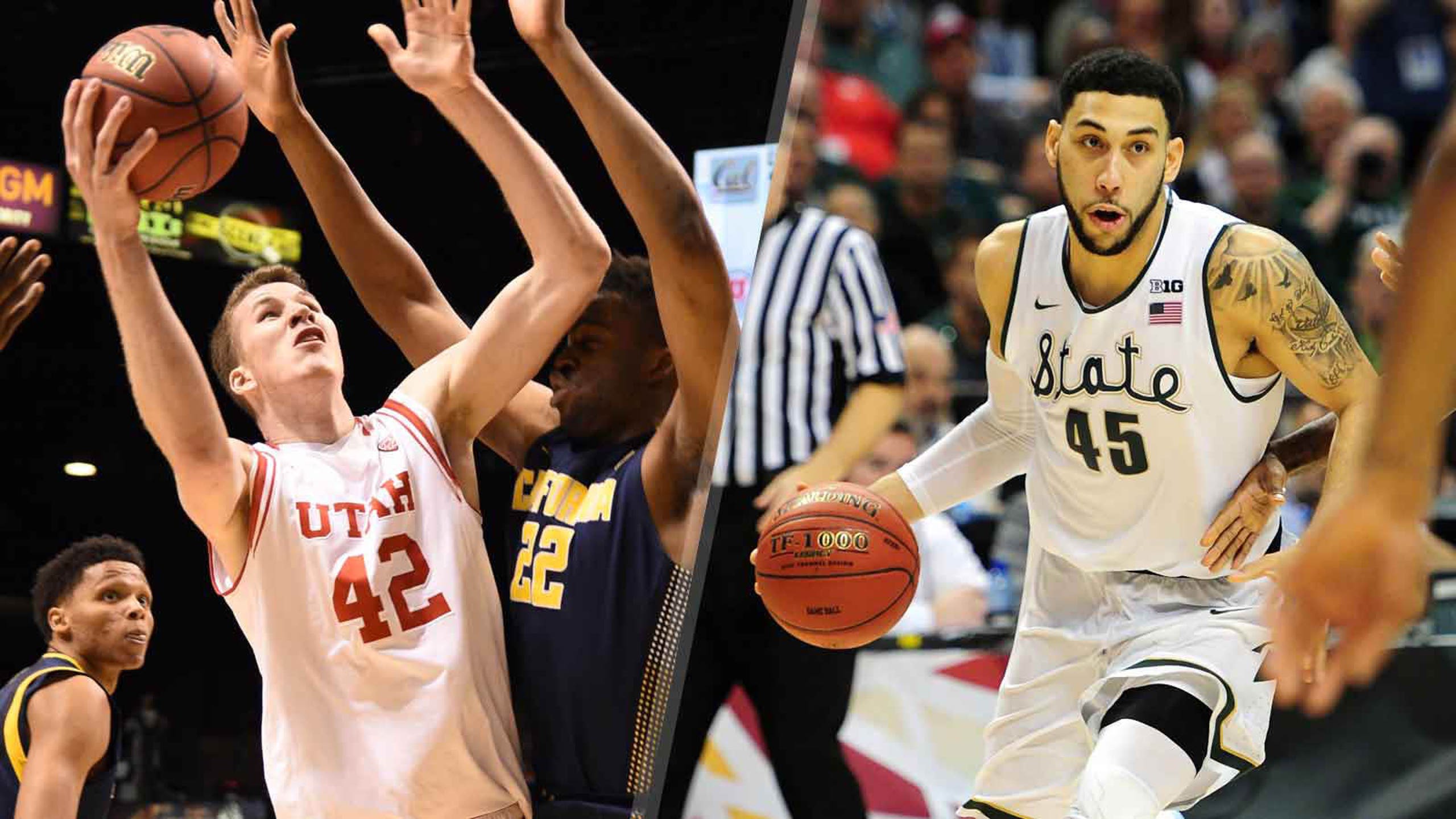 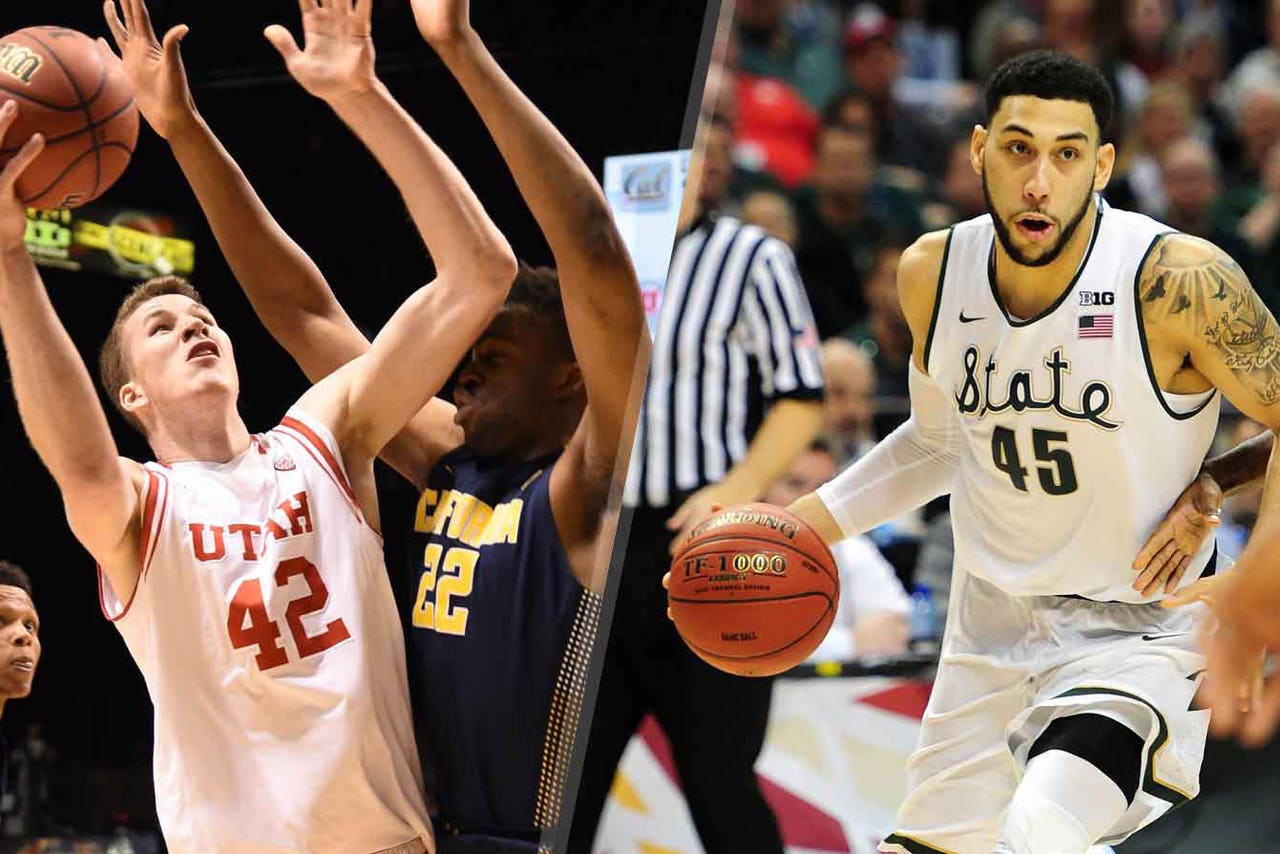 With the most anti-climactic NBA Draft Lottery behind us, we can now really look at the mock drafts being presented. Well, I guess we could have looked before, too, as the Milwaukee Bucks remained at the No. 10 spot in the draft.

Anyway, with the lottery over, many took to the web to put out their latest mock. While most think the Bucks will go big in the first round, not everyone does. There's a mix of guys being projected to Milwaukee.

We'll update the mocks as warranted heading up to the June 23 draft. For now, here's our initial look at who the prognosticators are thinking the Bucks will select.

Aaron Torres of FOXSports.com: Jakob Poeltl, C, Utah, SO. "It's the obvious fit, and the right one as well. Poeltl immediately will bring a defensive presence and offensive production to the low post in Milwaukee."

Andrew Sharp of SI.com: Jakob Poeltl, C, Utah, SO. "It's shocking that Poeltl could actually be drafted behind Jaylen Brown and Skal Labissiere, but most of the teams in the top 10 don't need centers. Milwaukee is one team that definitely needs a pivot and spent large parts of last season getting torched with Greg Monroe filling in for the departed Zaza Pachulia. The Bucks could get more ambitious with this pick and let Poeltl slide to Orlando, but for now, let's assume they keep it simple and grab someone who can slide in next year and help right away.â"

Gary Parrish of CBSSports.com: Jakob Poeltl, C, Utah, SO. "One of the many reasons Poeltl returned to Utah for his sophomore season was to improve as a player and prospect, and he undeniably benefitted from it. He's better in every way after taking Utah to the NCAA Tournament for the second straight season. Last year, he would've likely gone in the 20s. Now he'll go in the lottery."

Chad Ford of ESPN Insider: Jakob Poeltl, C, Utah, SO. " The Bucks suffered defensively with Greg Monroe in the middle and probably will look to see what they can get on the trade market this summer. Even if they keep him, Poeltl, the No. 1-rated center on our Board, seems like a good fit. He's a fluid athlete with great hands who rebounds and protects the rim. He needs to get stronger, but he's a good value at No. 10."

Scott Howard-Cooper of NBA.com: Deyonta Davis, PF, Michigan State, FR. "His college coach, Tom Izzo, raved about Davis' high ceiling, with the supporting evidence of a freshman continuing to improve while being held back by persistent foul trouble early in the season. Though not much of an offensive threat now, especially beyond the paint, Davis showed the potential to develop a perimeter game. Rebounding and blocking shots has driven the rise from late-first round in January into solid lottery territory."

Kevin O'Connor of SBNation: Denzel Valentine, G, Michigan State, SR. "There aren't many better fits for Valentine than the Bucks. His weaknesses on defense can be mitigated by Milwaukee's strengths, and he'd be a tremendous playmaker and floor spacer playing alongside Giannis Antetokounmpo."

Sam Vecenie of CBSSports.com: Jakob Poeltl, C, Utah, SO. "The Bucks could use some size inside, and that's something Poeltl is capable of providing to go with terrific feel for the game and the potential to be a solid defender. I'd expect Poeltl to turn into a solid starter at some point in the NBA, and placing him in a situation where assistant coach Sean Sweeney's defense is heavy on switches would work well for Poellt, who has good foot speed for a true 7-footer. Point guard could also be in play here, as the Bucks could use someone behind presumed starter Giannis Antetokounmpo next season."

Jonathan Givony of The Vertical: Jakob Poeltl, C, Utah, SO.

Sean Deveney of The Sporting News: Denzel Valentine, G, Michigan State, SR. "When the Bucks' pick comes around, we're probably going to be looking at a run of big men. But the Bucks badly need a versatile wing to go with shooting guard Khris Middleton and power forward Jabari Parker, and Valentine is a mature perimeter guy who developed into a reliable passer and rebounder, in addition to providing scoring when needed. Does he have the athleticism to play in the NBA? That's the big question. But if his collegiate production transfers to the NBA at all, he would be ideal in Milwaukee."

Paul Banks of the Washington Times and David Kay of The Sports Bank via WalterFootball.com: Round 1 -- Denzel Valentine, G, Michigan State, SR. "Valentine was an all-around beast this season for the Spartans and could impact the game in a number of ways. He would be a bit of a reach this high but with O.J. Mayo, Jarryd Bayless and Grevis Vazquez are all heading for free agency, guard play should be a priority for the Bucks this summer."; Round 2a -- Melo Trimble, PG, Maryland, SO.; Round 2b -- Chinanu Onuaku, C, Louisville, C.

Giannis Antetokounmpo
share story
those were the latest stories
Want to see more?
View All Stories
Fox Sports™ and © 2021 Fox Media LLC and Fox Sports Interactive Media, LLC. All rights reserved. Use of this website (including any and all parts and components) constitutes your acceptance of these Terms of Use and Updated Privacy Policy. Advertising Choices. Do Not Sell my Personal Info