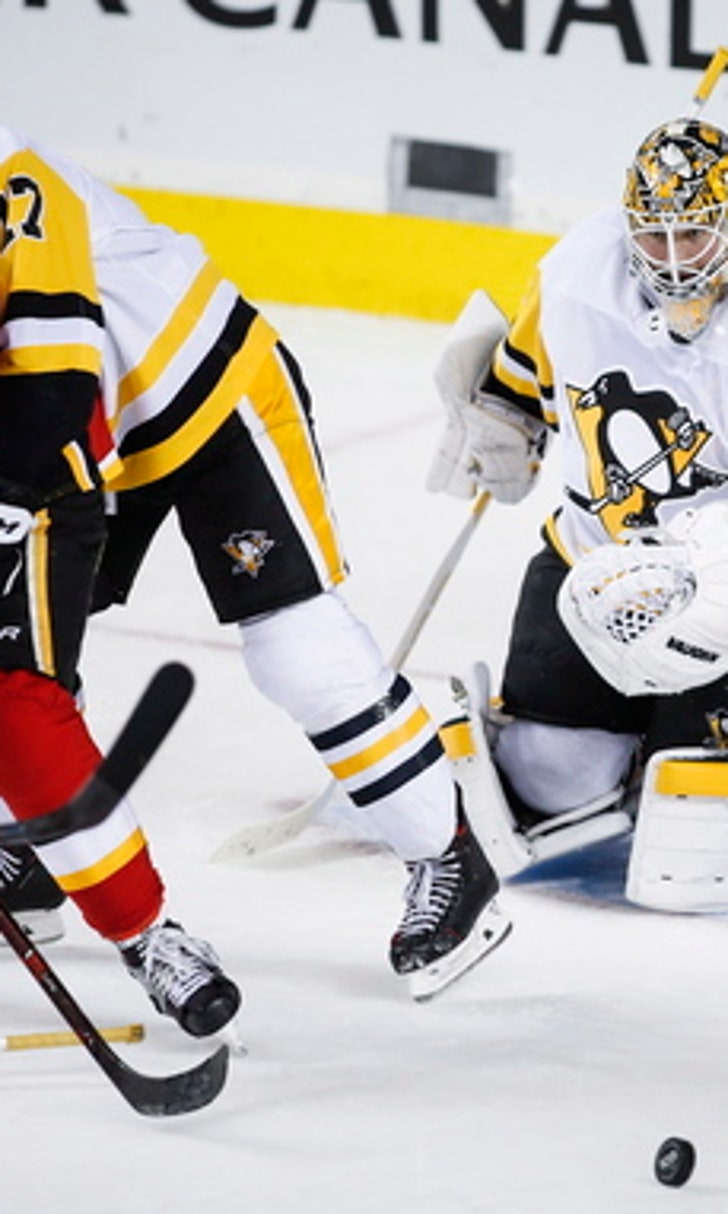 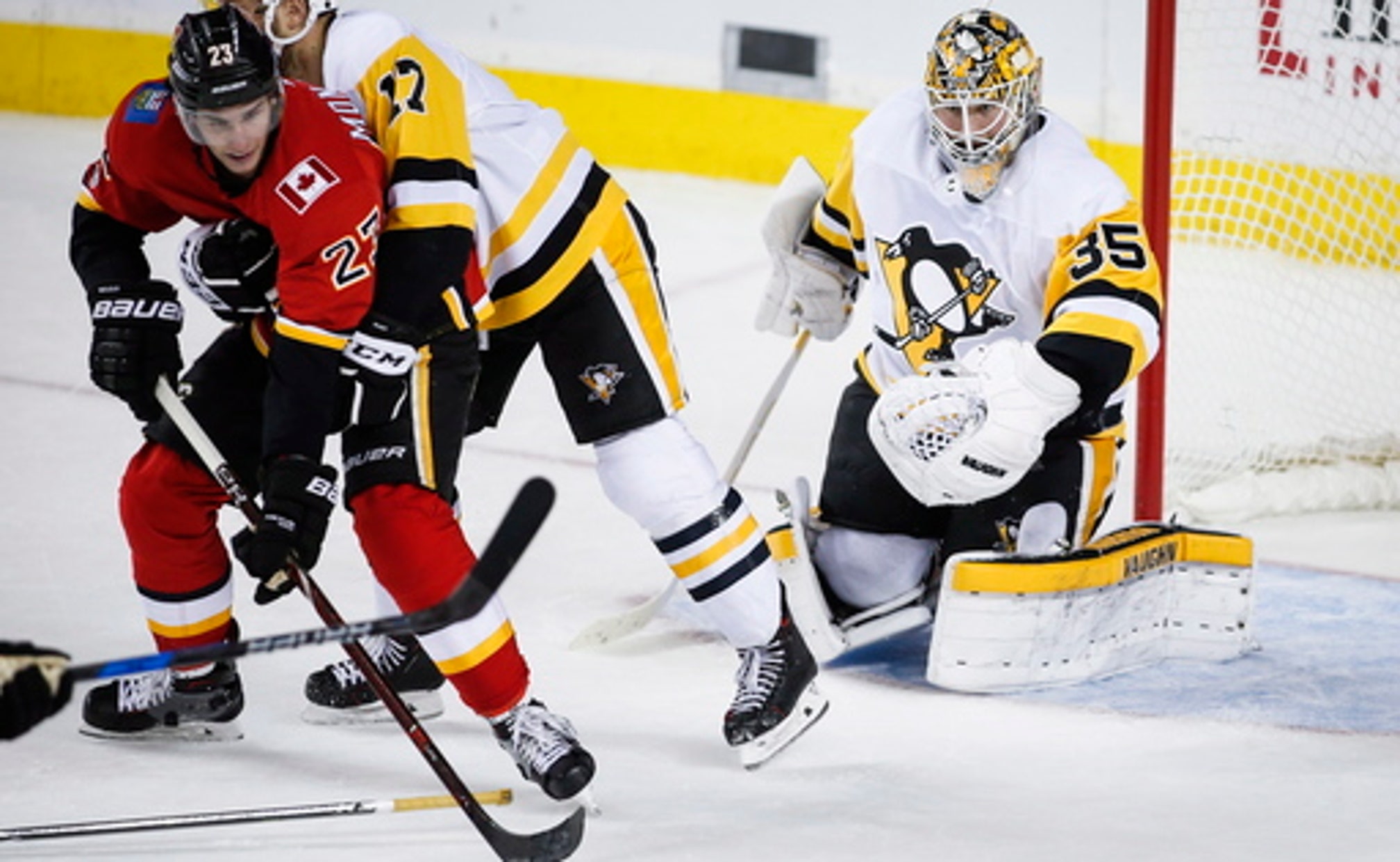 CALGARY, Alberta (AP) It was another strong performance from Mike Smith on Thursday night.

Smith made 43 saves, Mark Giordano scored 2:19 into overtime and the Calgary Flames beat the Pittsburgh Penguins 2-1.

''It was one of the best goalie performances I've seen in a long time,'' Flames coach Glen Gulutzan said.

Giordano fired a perfect shot over Tristan Jarry's glove off a pass by Matthew Tkachuk.

Sean Monahan also scored for Calgary, which is 2-1-0 during a seven-game homestand.

Patric Hornqvist had a goal for Pittsburgh, and Jarry made 32 saves in his first start of the season. The Penguins are 1-2-1 on a five-game trip.

Monahan made it 1-0 with 4:07 left in the third period, scoring on a power pay after Kris Letang went off for a high stick. He banked a shot in off a Penguins player seven seconds into the man advantage.

Letang helped get that one back. With 1:12 left, his point shot tipped off Hornqvist in front to tie it.

Smith was particularly good in the first period while the Penguins carried the play, outshooting Calgary 19-8. Highlights included a glove grab off Hornqvist from in-close, and he also jabbed out a pad to deny Carl Hagelin on a breakaway.

At the other end, with Matt Murray getting a rest after backstopping the Penguins to a 3-2 win Wednesday night in Edmonton, Jarry got his second career start.

Jarry was recalled from Wilkes-Barre/Scranton on Oct. 30 when Antti Niemi was placed on waivers.

His biggest save came seven minutes into the third when he stared down rookie Mark Jankowski on a breakaway and jabbed out his right pad to thwart the big center's deke attempt.

Shortly after, Jake Guentzel swooped in alone off the wing only to have Smith stop him with a great pad stop.