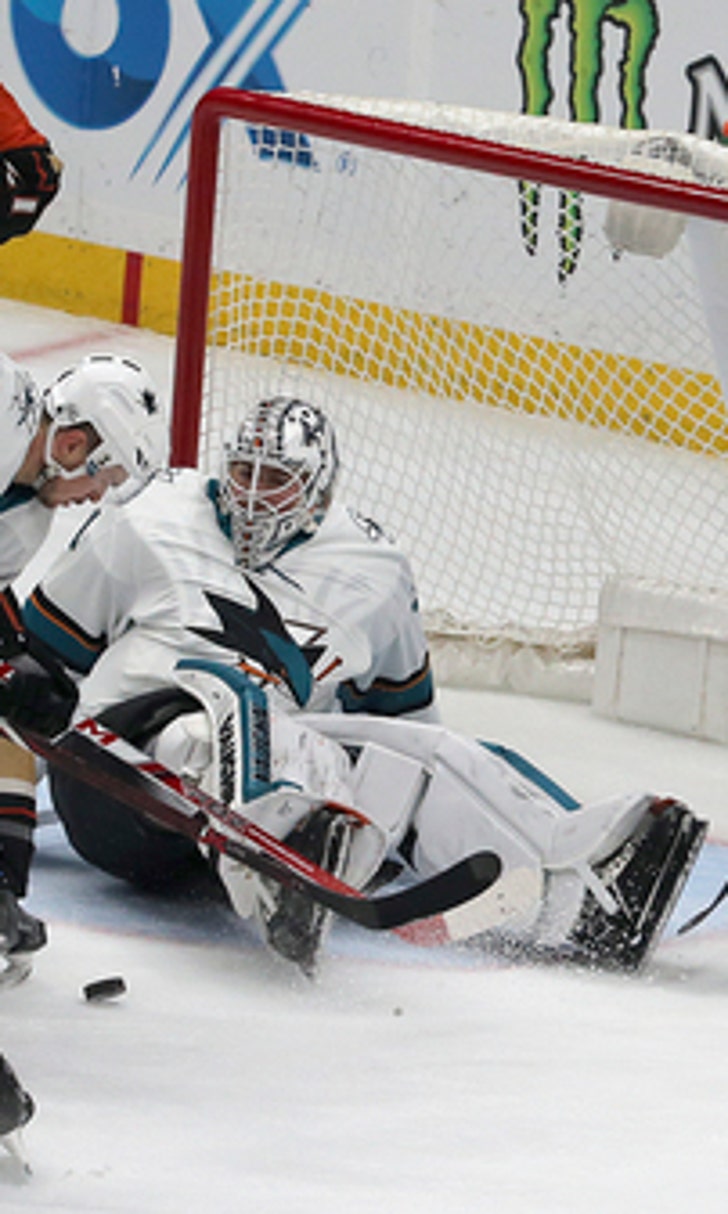 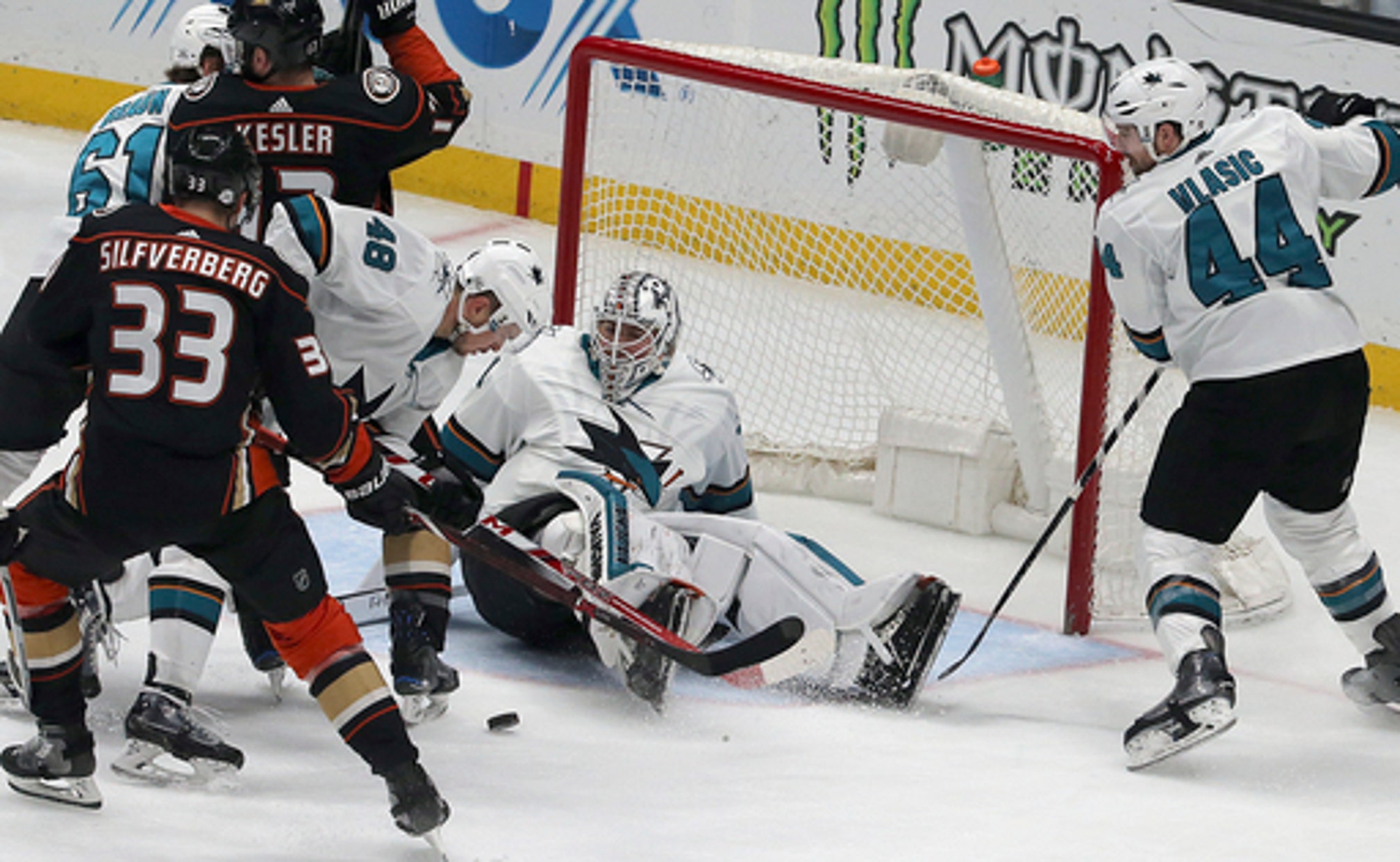 ANAHEIM, Calif. (AP) The San Jose Sharks were down late against the Anaheim Ducks, but their confidence never wavered.

To hear Logan Couture tell it, the Sharks were too naive to be afraid against the five-time defending Pacific Division winners.

Timo Meier tied it with 53.7 seconds remaining, Joe Pavelski and Couture scored in the shootout, and the Sharks rallied to beat the Ducks 3-2 on Sunday night.

Martin Jones made 25 saves in the Sharks' second straight win. Jones stopped Adam Henrique's shot in the first round, and Rickard Rakell hit the post in the second.

Couture also had a goal and an assist in regulation to help San Jose move into second place in the Pacific, two points ahead of Calgary. Anaheim is tied with Los Angeles in fourth, one point behind the Flames.

''It took 59 minutes to battle back and get it to overtime, but I liked our game tonight,'' Sharks coach Peter DeBoer said. ''I thought we played an excellent road game considering the circumstances. It was a gutsy win.''

Ondrej Kase had a goal and an assist for the Ducks, who had won three straight home games. Cam Fowler also scored, Nick Ritchie had two assists and John Gibson made 37 saves.

Meier positioned himself on the edge of the crease to tip in Couture's shot and secure at least a point for the Sharks. Ducks coach Randy Carlyle was not pleased with how passive his team was during the sequence, giving Couture a chance to let the play develop and Meier to get free in front of the net.

Fowler's seventh goal of the season put the Ducks ahead 2-0 at 6:28 of the third.

Anaheim jumped in front on Kase's third goal in the last four games. Kase sped in down the right boards and fired a long shot that snuck in between Jones' legs 2:39 into the opening period.

Jones seemed rattled by the play and nearly gave up another goal a minute later after losing track of Derek Grant's shot at his own feet. But Jones settled in by making a glove save on a shot by Chris Wagner after the Sharks turned the puck over in their own zone.

The Ducks had plenty of chances to extend their lead in the first. Andrew Cogliano had a look at an open net only for the bouncing puck to skip over his stick, and Rakell put a one-timer wide of goal during Anaheim's first of two power plays in the period.

Corey Perry had a power-play goal with 18 seconds remaining in the first overturned on a successful challenge by the Sharks, with defenseman Kevin Bieksa being ruled offside.

''We had our chances. We had our opportunity and we lost a point, so we're not going to get all doom and gloom,'' Carlyle said.

The Ducks are 9-3-1 at home since the start of December, but the Sharks have handed them two of those regulation losses. They won 6-2 at Honda Center on Jan. 21 and went 3-0-1 in the season series.

Sharks: Host the Arizona Coyotes on Tuesday to open a three-game homestand.

Ducks: Visit the Detroit Red Wings on Tuesday to begin a four-game trip.