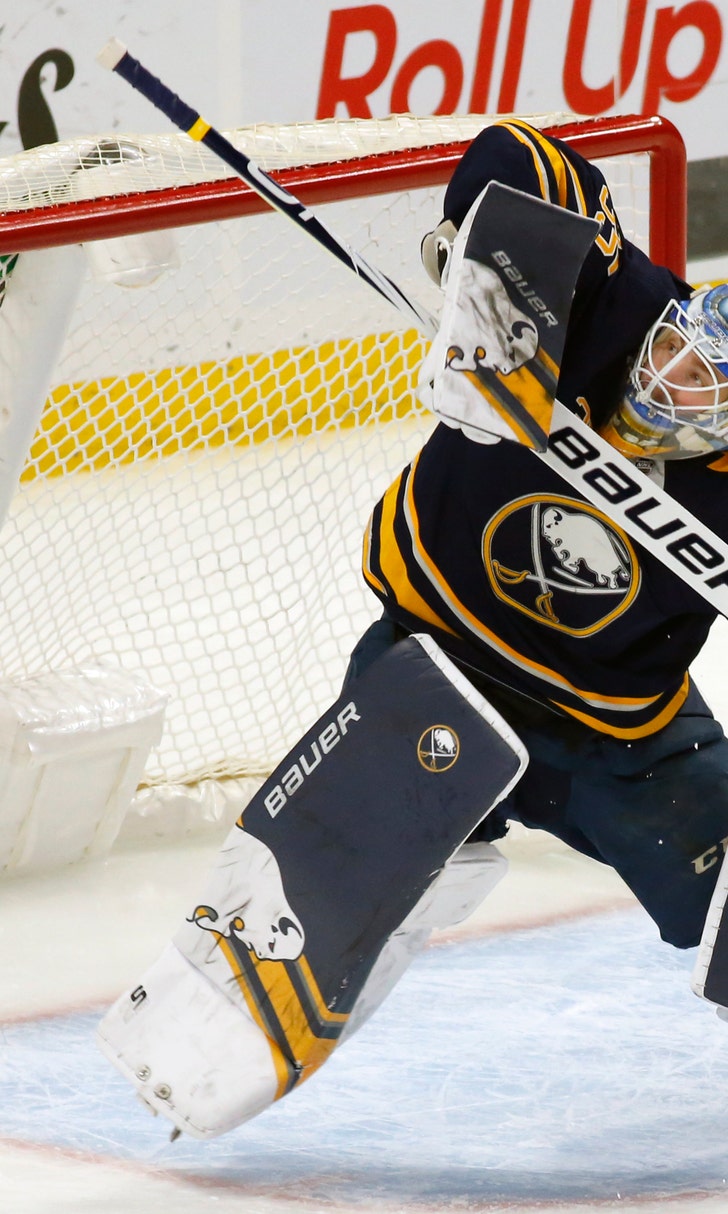 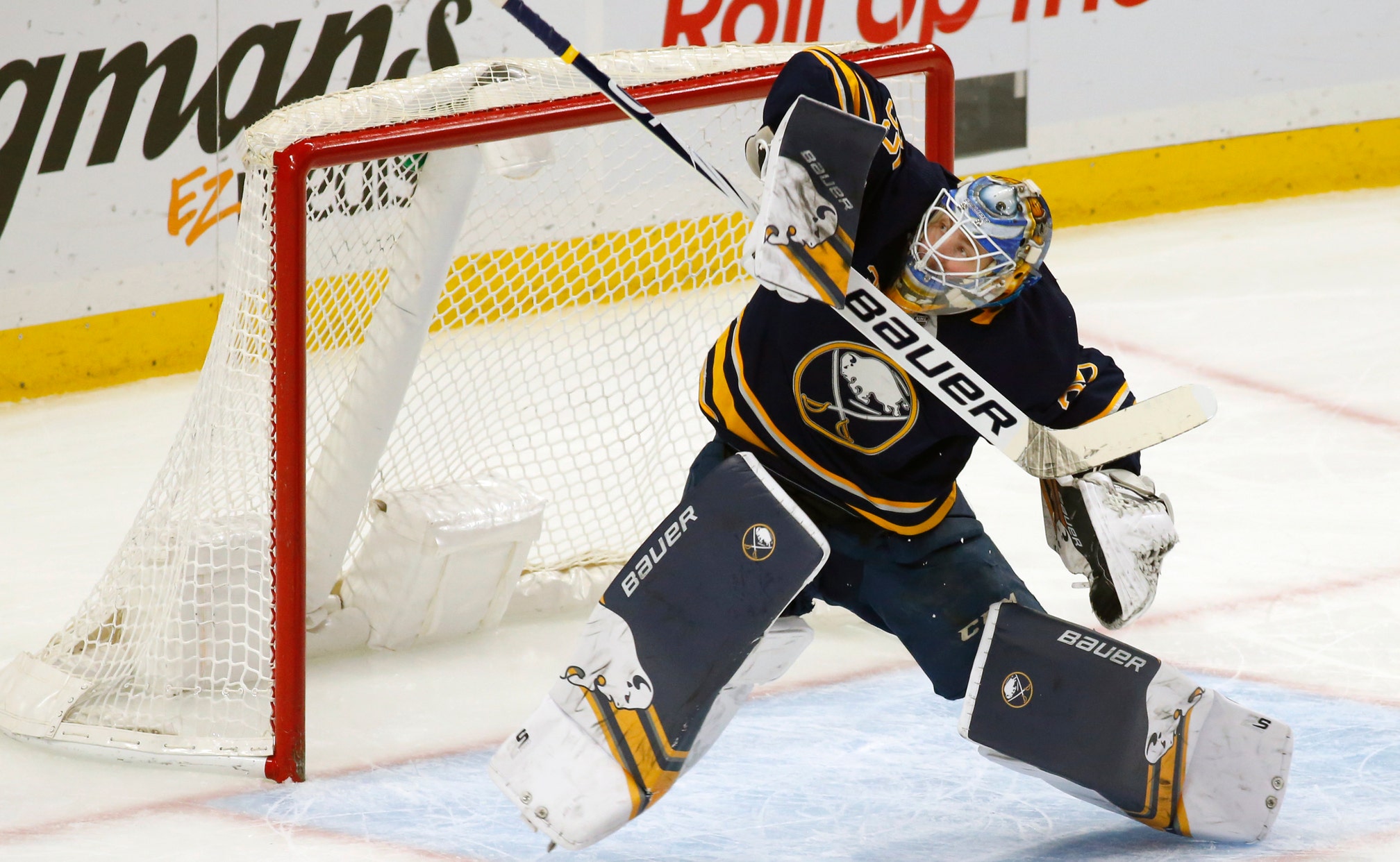 BUFFALO, N.Y. (AP) — A day after the Sabres clarified several comments made off the ice, coach Phil Housley was impressed watching his team clean up its various mistakes and deficiencies on it.

The power-play got goals from Casey Mittelstadt and Kyle Okposo, goalie Linus Ullmark didn't have to resort to acrobatics in stopping 28 shots behind a tighter-checking defense, and Buffalo beat the Detroit Red Wings 3-1 on Saturday.

"I think they refocused, but that's the thing for me is that's a tight group in there," Housley said. "I think it just brought us tighter together, the things that went on."

Housley was referring to himself and forward Sam Reinhart spending Friday clarifying eye-opening comments each made following a 6-5 overtime loss to Carolina.

Reinhart personally and publicly apologized to Ullmark and fellow goalie Carter Hutton, after saying he misspoke in saying "we need more from our goalies." What Reinhart said he meant to say is the team needs to do more for its goalies.

Housley clarified what some interpreted as him questioning general manager Jason Botterill, when asked to evaluate this group of defensemen.

There was little to complain about against Detroit.

The Sabres won for just the fourth time in 11 games (4-6-1) and improved to 10-14-5 since a 10-game winning streak in November briefly vaulted them into first place in the Eastern Conference standings.

After being outshot 12-4 in the opening period, the Sabres broke through with three goals in the second.

Ullmark bounced back after allowing 10 goals on 75 shots in his previous two outings — and after Buffalo had allowed four or more goals in eight of its previous 10.

"We mostly talked about how we've got to clean up our end, and I thought we did a terrific job back there," Ullmark said.

The only costly miscue was on Ullmark, who was out of position in allowing Dylan Larkin to cut Buffalo's lead to 2-1 on a wrap-around goal with 2:46 remaining in the second period.

"It's definitely a bad goal on my part," Ullmark said. "Sometimes you screw up."

Okposo bailed him out 2:15 later by beating Detroit goalie Jimmy Howard high on short side with a shot from the left circle.

Howard finished with 18 saves, allowing three goals on 12 shots in the second period. Detroit has lost two straight since winning five of seven.

"Absolutely, it's a tough one to give up with, whatever, 50 seconds left or so," Red Wings forward Frans Nielsen said of Okposo's goal.

Ullmark made a difference, too.

His best save came with 8:03 remaining, and immediately after Buffalo's Tage Thompson squandered a 2-on-1 break at the other end. Ullmark held his ground to prevent Andreas Athanasiou's attempt to beat him through the legs on a wide-open breakaway.

Buffalo's power-play went two for three, and has converted five of 10 opportunities in its last four games after going two of 30 in its previous 12.

NOTES: Red Wings D Trevor Daley is nearing his return after missing his 24th game with foot injury. Coach Jeff Blashill ruled out Daley from playing at Chicago on Sunday while saying he'll have an update on the player's status before the game at Nashville on Tuesday. ... Red Wings LW Tyler Bertuzzi (upper body) missed his sixth straight and Blashill expects him to miss at least the next two. ... Sabres Ds Marco Scandella played his 500th career game and Rasmus Ristolainen played his 400th. ... With an assist on Mittelstadt's goal, rookie Rasmus Dahlin became the NHL's fifth defenseman to reach 30 points before turning 19.