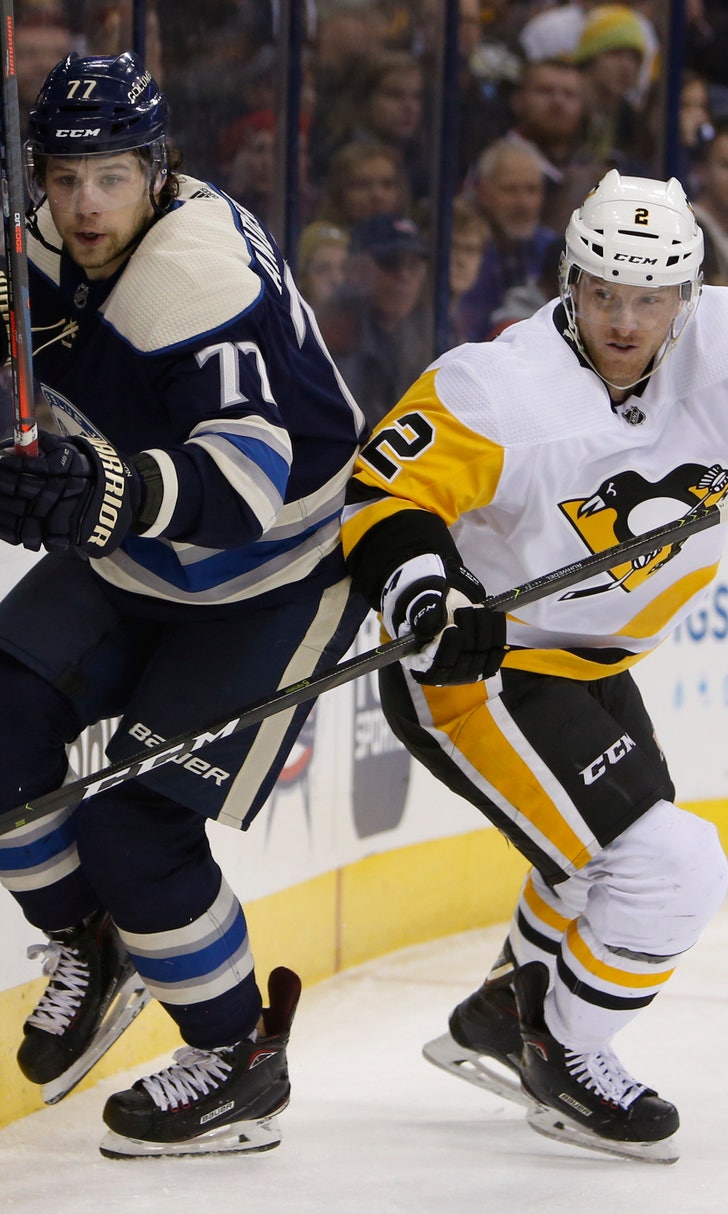 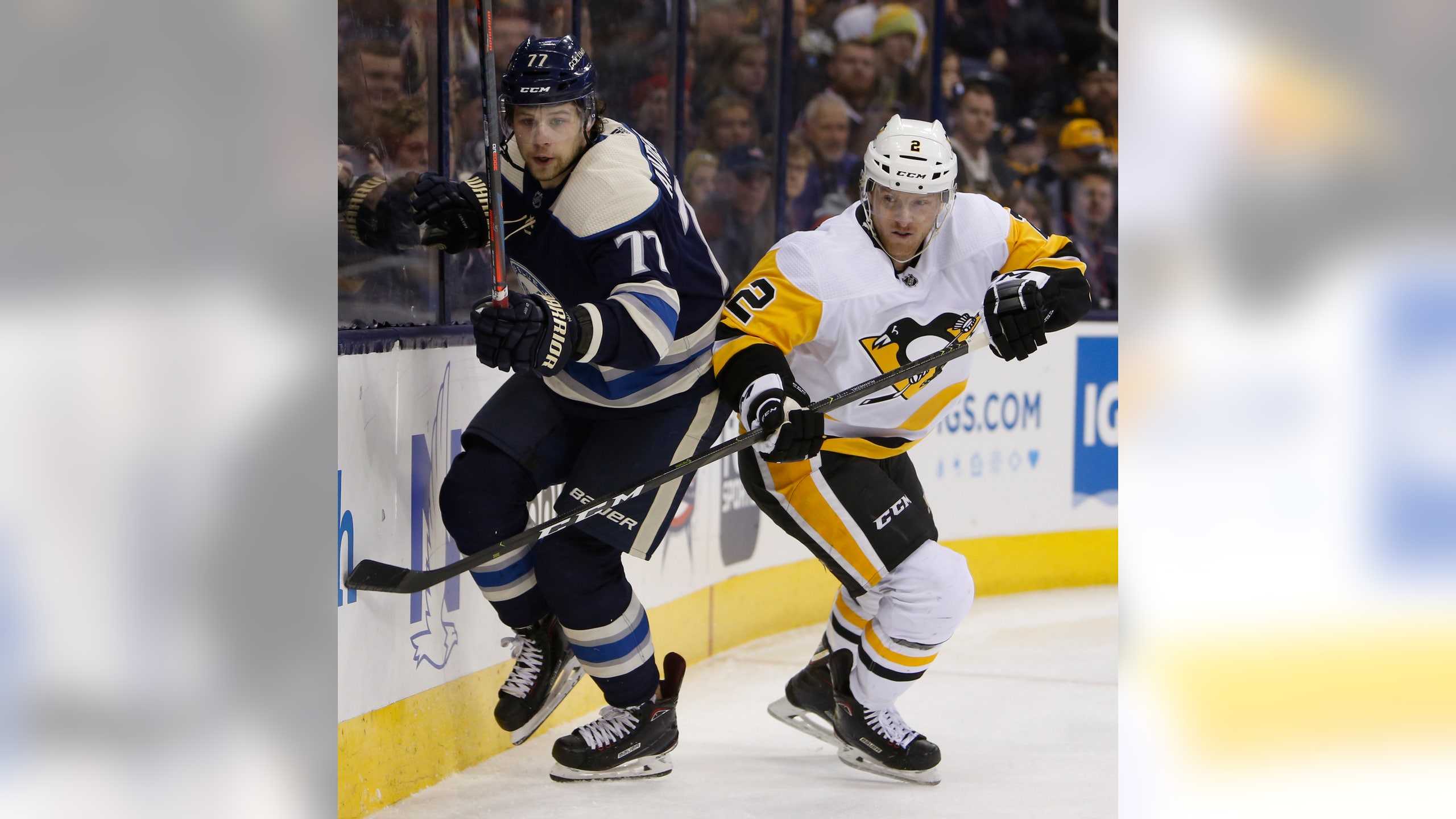 PITTSBURGH (AP) — The injuries keep piling up for the Pittsburgh Penguins, who hope the arrival of defenseman Erik Gudbranson will help them deal with the loss of forward Bryan Rust and defenseman Chad Ruhwedel, both of whom are out indefinitely after getting hurt in a victory over Columbus on Tuesday.

Coach Mike Sullivan said Wednesday both Ruhwedel and Rust will be out "longer term."

Rust suffered a lower-body injury after colliding with Columbus' Adam McQuaid in the first period of Pittsburgh's 5-2 win. Ruhwedel suffered an upper-body injury in the second period, making him the fourth member of the Penguins' blue line to go down in the last month, joining Olli Maatta, Kris Letang and Brian Dumoulin.

Maatta remains out indefinitely with an upper-body injury. Sullivan said Letang and Dumoulin are both "progressing" after getting injured in an overtime loss to Philadelphia on Saturday. Dumoulin is dealing with a concussion while Letang has an upper-body issue. Neither skated with the rest of the Penguins on Wednesday.

The 6-foot-5, 217-pound Gudbranson gives Pittsburgh a big body to help out in front of its own net. He joked he thought he had made it through the trade deadline unscathed when his phone buzzed around the 3 p.m. EST deadline on Monday with news he was heading to the Penguins.

The 27-year-old welcomes the change. He failed to find anything resembling consistency during his two-plus seasons with the Vancouver Canucks. Gudbranson's minus-27 plus/minus ratio this season is the worst in the NHL.

"I didn't feel like I played that well there to be honest," Gudbranson said. "I never got anything going, never got my confidence where it needed to be."

Not that it will matter in Pittsburgh. The Penguins are in desperate need of healthy bodies at the blue line and Gudbranson figures to get plenty of ice time when Pittsburgh travels to Buffalo on Friday.

"I'm not necessarily getting my feet wet, I'm diving in," he said.

Sullivan believes Gudbranson will give the Penguins — who currently hold the last playoff spot in the Eastern Conference — an "edginess" that will help down the stretch.

"This is a guy that brings a different dimension," Sullivan said. "He is going to be hard defending down low. He can lean on people. He's strong. We think that skillset is complimentary to the other guys we have."