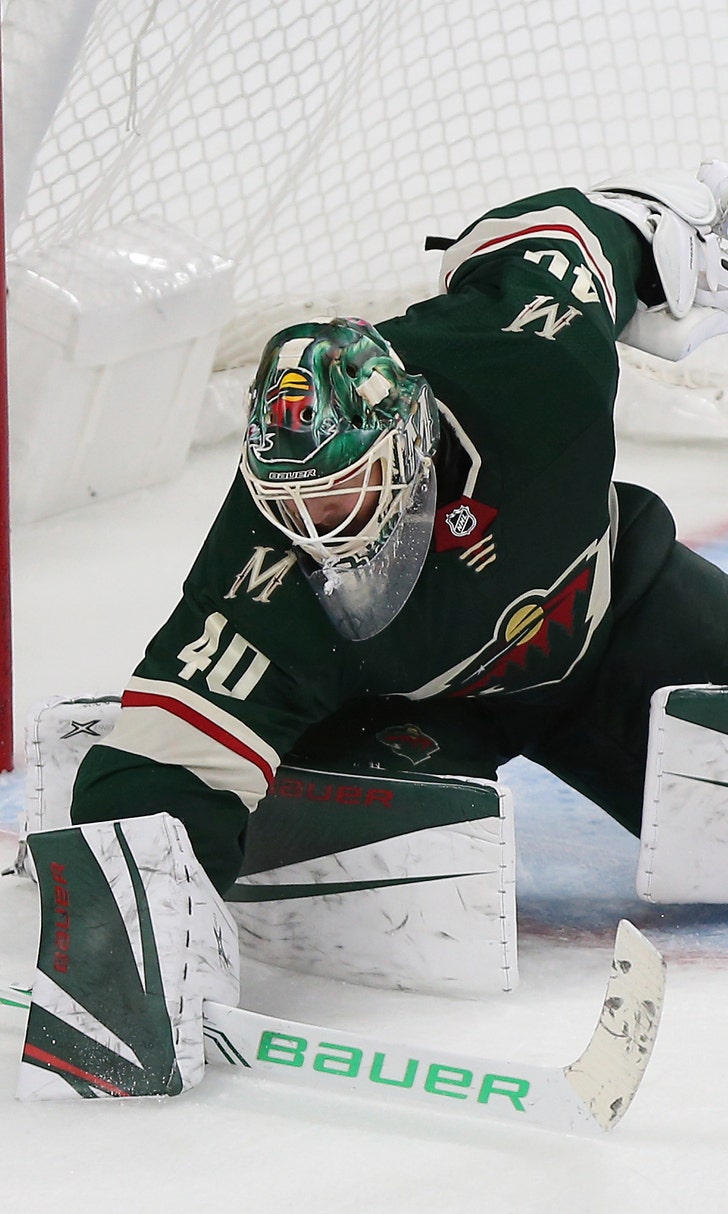 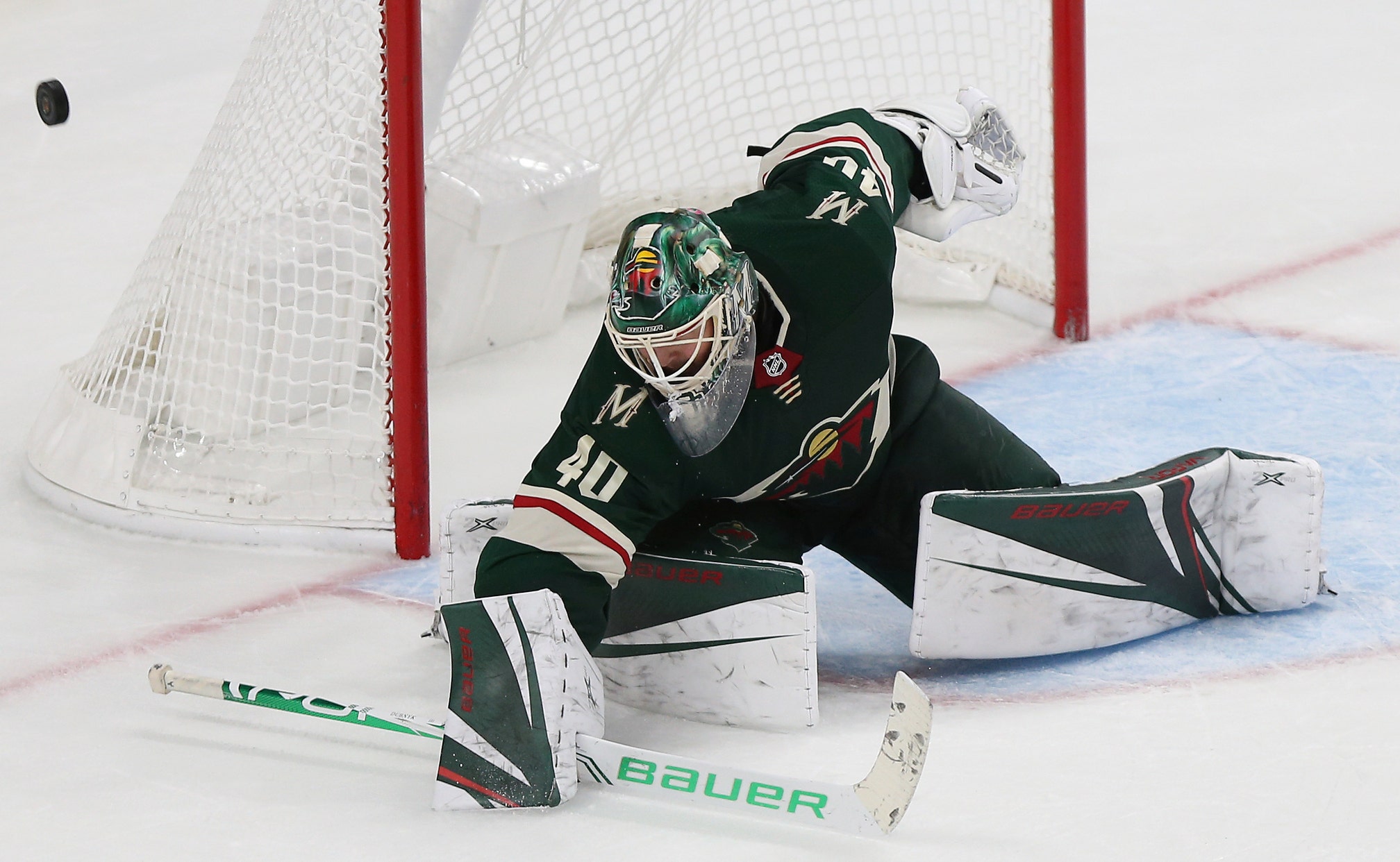 ST. PAUL, Minn. (AP) — The Minnesota Wild called a players-only meeting as they struggled to start the season. In their first game since that meeting, the Wild earned a win and gained a sense of relief.

Zach Parise scored the go-ahead goal midway through the third period and the Wild won their second game of the season, beating the Montreal Canadiens 4-3 on Sunday.

"It's been a tough start for everybody," Wild head coach Bruce Boudreau said. "I love seeing the emotion on the faces, especially when it's good emotion."

Devan Dubnyk made 29 saves and earned his first win of the season.

Phillip Danault scored twice and Tomas Tatar added a goal for the Canadiens. Keith Kinkaid stopped 29 shots in his second game of the season.

Parise took a perfect pass from Zucker through traffic and sent a shot that beat Kinkaid and gave the Wild a 4-3 lead. The score came just over four minutes after Hunt tied the game on the power play.

"It was a really good play," Parise said. "A lot of times it's gotta start from your own end with a couple of good plays out of your zone and that's how that one started."

The teams squared off for the second time in a four-day span. The host Canadiens won the previous meeting 4-0.

"It kind of just came down to them finding a way to put one more in the net than we did in the third period, and they get two points," Montreal forward Brendan Gallagher said. "We've got to go home and obviously correct that."

Foligno scored with just 12.9 seconds left in the second period to tie the game. Danault's second goal of the game in the third gave Montreal a short-lived lead before goals by Hunt and Parise put Minnesota ahead for good.

Zucker opened the game with a first-period goal in the team's first game since the player included head coach Bruce Boudreau in a controversial quote, saying everyone on the team needed to be better. Zucker redirected a shot from the point on the power play at 8:57.

All three of Zucker's goals this season have come on the power play.

"We have a lot of work left but I think this stuff can help," Foligno said. "A win like tonight and the way we did it can really kind of boost your spirits a bit."

The finest of Kinkaid's saves on Sunday came when he stopped Zucker midway through the second period. As he fell to the ice, Kinkaid gloved a shot by Zucker that would have tied the game.

"He was, by far, our best player tonight," Montreal coach Claude Julien said of Kinkaid.

Montreal scored twice in a 16-second span in the second period. Tatar evened the game with a power-play goal at the 2:50 mark. Dubnyk gave up a big rebound to Tatar, who buried it for his third goal of the year.

Then Danault put Montreal up 2-1 after a turnover by Minnesota in its own zone. Danault banked the puck off Dubnyk's skate seconds after Tatar's equalizer. 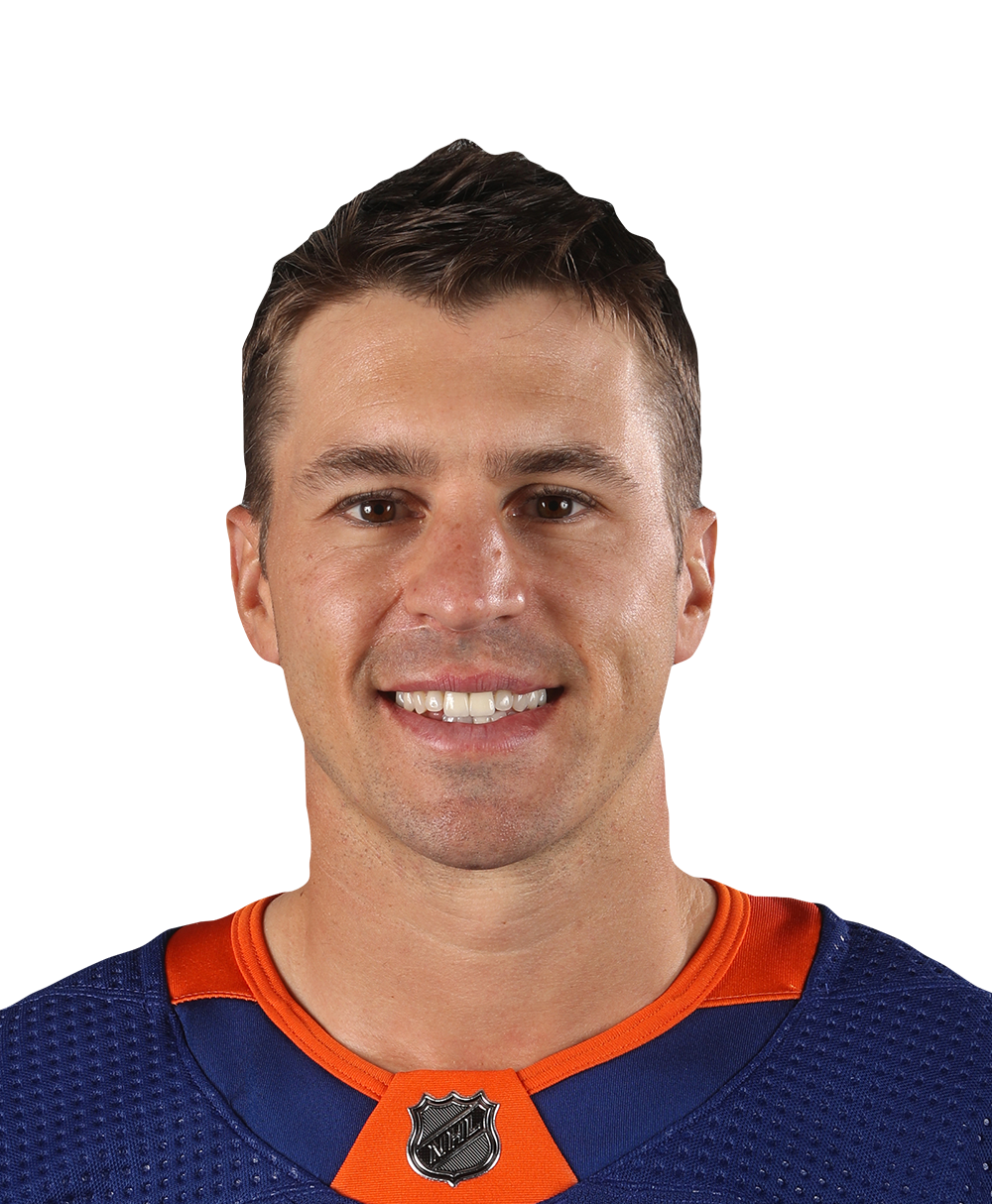 Zach Parise
share story
those were the latest stories
Want to see more?
View All Stories
Fox Sports™ and © 2020 Fox Media LLC and Fox Sports Interactive Media, LLC. All rights reserved. Use of this website (including any and all parts and components) constitutes your acceptance of these Terms of Use and Updated Privacy Policy. Advertising Choices. Do Not Sell my Personal Info