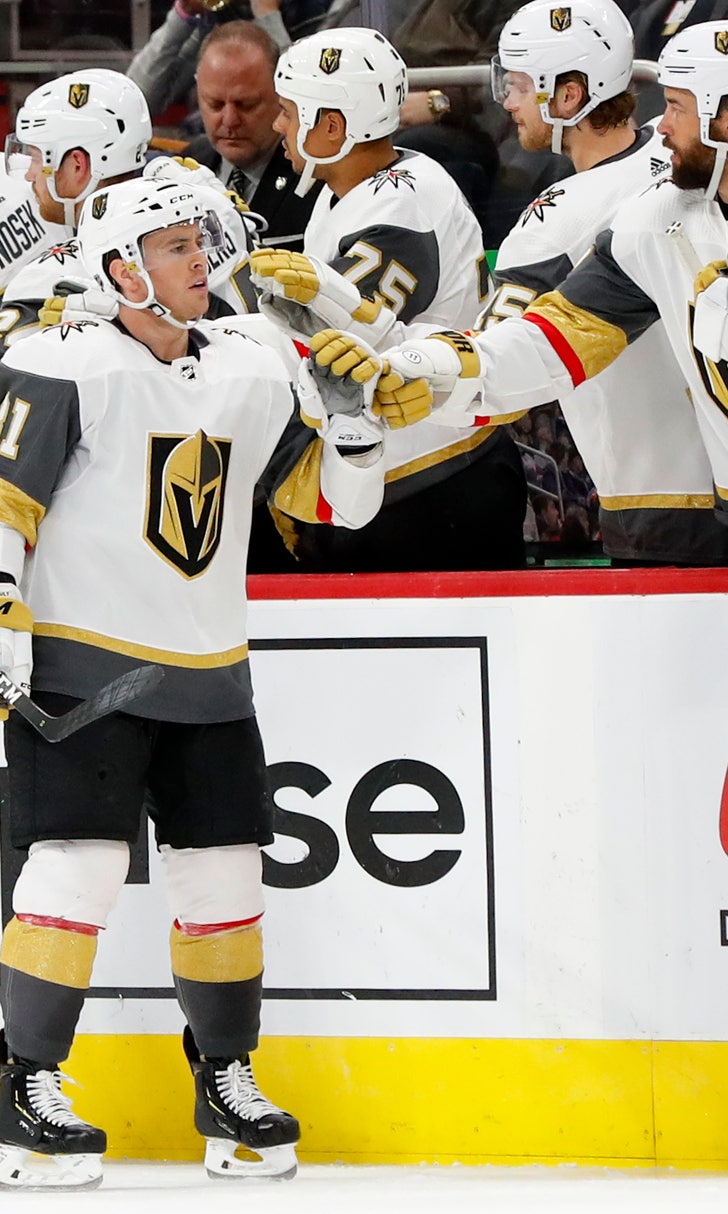 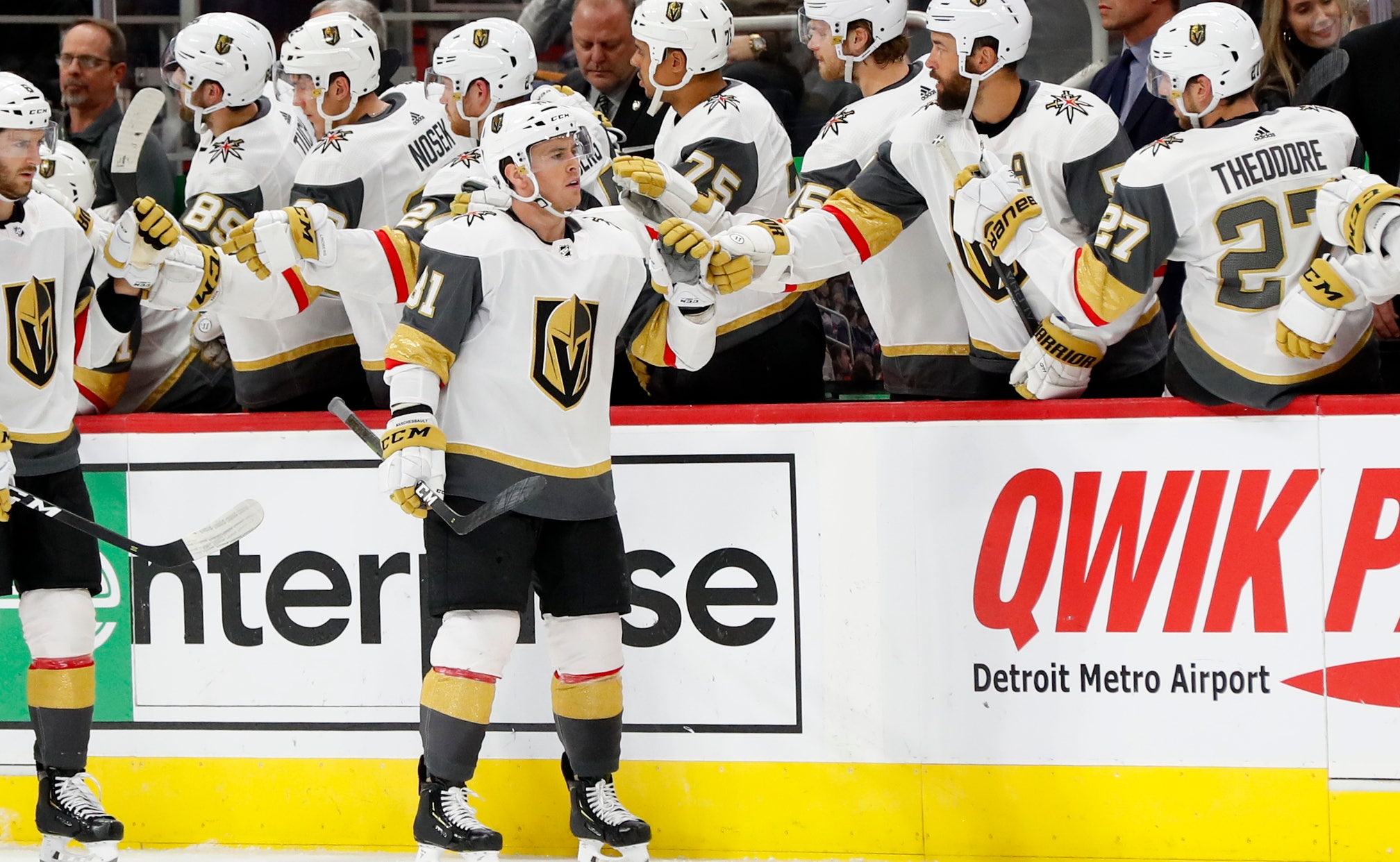 DETROIT (AP) — The Vegas Golden Knights wrapped up their trip on a positive note.

Jonathan Marchessault scored twice in a three-goal second period, and the Golden Knights beat the Detroit Red Wings 4-3 on Thursday night. William Karlsson and Brayden McNabb also scored for the Golden Knights, who finished a four-game trip with wins over NHL-leading Tampa Bay and the Red Wings.

"Our last couple games, we've been playing the right way, and we really got rolling in the second period tonight," Marchessault said. "That's the way we know we should be playing every game, but we had gotten away from it for a while."

Gustav Nyquist, Michael Rasmussen and Thomas Vanek scored for the Red Wings, who had their three-game winning streak snapped.

Vegas snapped a four-game losing streak with its shootout win over Tampa Bay on Tuesday night. After beating the Red Wings, the Golden Knights head home for four games, including matchups with Toronto on Feb. 14 and Nashville on Feb. 16. Vegas, which is in third place in the Pacific Division, plays eight of its next nine at home.

"We got to make sure we're ready to play. We usually play real good in our building," Golden Knights coach Gerard Gallant said. "Hopefully we can gain a lot of points over the next eight or nine games."

Dylan Larkin returned for the Red Wings after missing a game with an oblique injury, and he had two assists, including a secondary one on the game's first goal. Justin Abdelkader's backhander in the first period was stopped by Marc-Andre Fleury, but the goalie left the puck loose behind him, and Nyquist converted for his 13th goal of the season.

Marchessault tied it in the second when he knocked in a rebound on the power play, then Karlsson put the Golden Knights ahead immediately after the end of a Detroit man advantage. Paul Stastny came out of the penalty box just in time to create a 2-on-1 with Karlsson. The puck went from Karlsson to Stastny and back to Karlsson, who took the return pass and easily stuffed it into an open net .

Marchessault's 19th goal of the season came on another rebound to make it 3-1.

"We needed to come out of the first period with a bigger lead, and then we just made too many mistakes in the second period," Red Wings coach Jeff Blashill said. "They get a dirty goal off a rebound at the end of a really good kill, and then we lose sight of the clock on a power play and give up one the other way. They get one off a faceoff and now we're down two and fighting to get back out of the hole."

Rasmussen pulled Detroit within one when he had space in front of the net on a power play and beat Fleury with 15:19 remaining in the third, but the Golden Knights picked up an insurance goal with 8:53 to play. McNabb flipped a backhander toward the net, and it appeared to take a deflection before slipping past Detroit goalie Jimmy Howard. Oscar Lindberg was creating traffic in front for Vegas, but the goal was credited to McNabb.

NOTES: It was the 300th game for Blashill. ... Detroit was coming off a four-day layoff, and the Red Wings looked sharp early, outshooting Vegas 14-7 in the first. Detroit finished with a 39-32 edge in shots.

Red Wings: At Buffalo on Saturday.