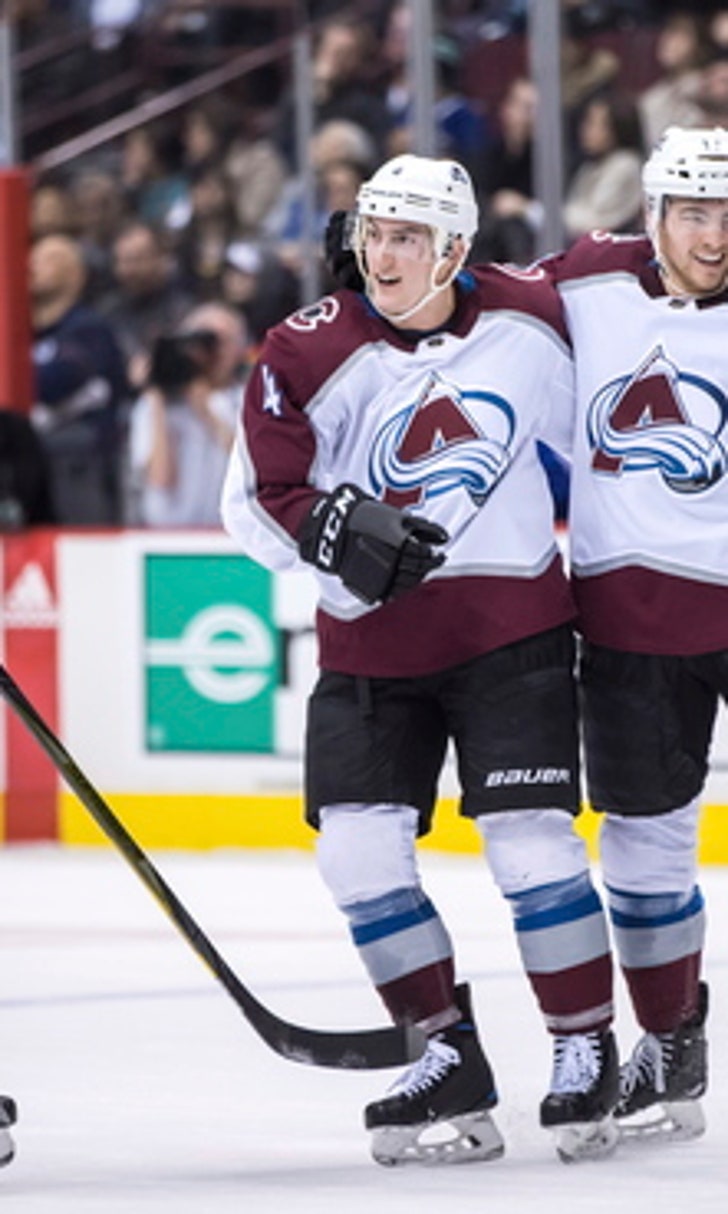 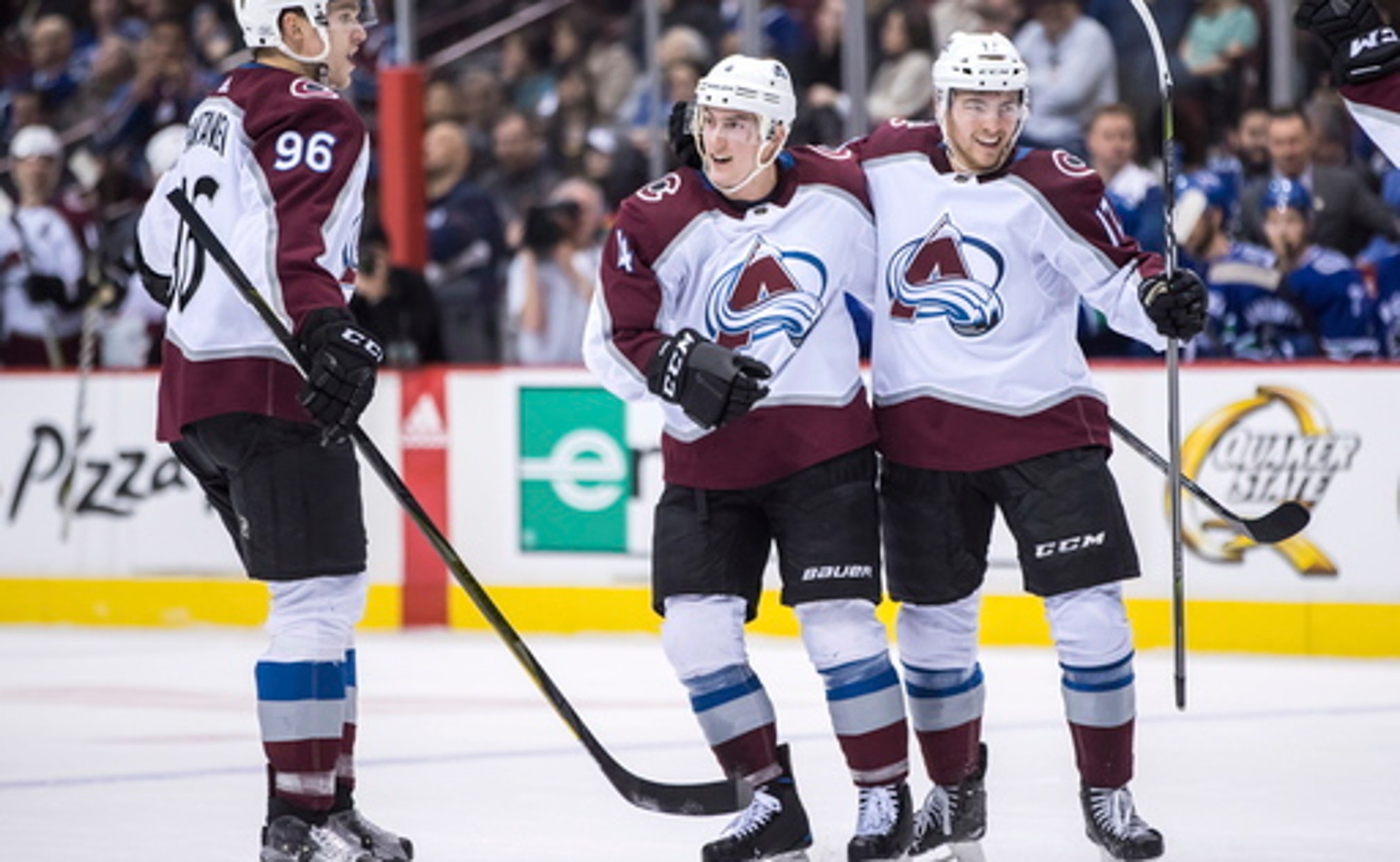 VANCOUVER, British Columbia (AP) The Colorado Avalanche's power play was nearly nonexistent for weeks. It came up big in Vancouver.

Nathan MacKinnon scored Colorado's fifth power-play goal of the game 3:36 into overtime, lifting the Avalanche to a 5-4 victory over the Canucks on Tuesday night.

Colorado trailed 4-1 with 4:18 left in a wild second period before storming back.

''We got some momentum,'' said MacKinnon, who also had three assists. ''You don't see a lot of 4-1 comebacks, especially nowadays. Teams usually shut it down.

''To come back you need a good power play.''

Coming in, the Avalanche were 1 for 28 with the man advantage over their previous eight games. Colorado's power play was ranked 31st in the league on the road.

''I think everyone was on their game,'' said Tyson Barrie, who had a goal and four assists to set a franchise record for points by a defenseman in a regular-season game. ''We got ourselves down 4-1 and that's not good enough. It showed a lot of character from the guys tonight. There was no quit. We didn't change our game and our power play came up huge.''

Barrie tied it with 3:01 left in the third on a one-timer with Vancouver's Jake Virtanen off for hooking.

Then, with Daniel Sedin off for hooking in overtime, Barrie passed to MacKinnon, who fired a shot from the faceoff circle past Canucks goalie Anders Nilsson.

Colorado pulled three points out of the final wild card spot in the Western Conference.

''We were talking about desperation and playing with urgency and we've lacked that a little bit in the last handful of games,'' Avalanche coach Jared Bednar said. ''We felt other teams were turning it up and the competitiveness and urgency in everyone's game at this point in the year was going up and ours wasn't.

''Tonight, we were kind of quiet (before the game), looked like a focused room. We were determined to stick with it and get rewarded.''

Mikko Rantanen had a goal and two assists, Gabriel Landeskog added a goal and an assist, and Tyson Jost also scored for Colorado. Semyon Varlamov finished with 24 saves.

Brandon Suter and Nikolay Goldobin each had a goal and an assist for the Canucks in a wild second period. Darren Archibald and Bo Horvat also scored for Vancouver. Nilsson stopped 29 shots.

Colorado finished 5 for 6 on the power play, and Vancouver was 1 for 3.

''I've never been part of a game where you score four goals, and don't give up an even-strength goal, and lose,'' Canucks coach Travis Green said.

The rookie coach stated the obvious when he said the Vancouver penalty kills need improving.

''We have to find a way to block shots and get some clears,'' he said. ''There's lots that goes into penalty kills. ... When you give up five power-play goals, your penalty kill isn't sharp enough.''

The Canucks scored three goals 2:41 apart to build a 4-1 lead in the second period. Goldobin put Vancouver ahead on the power play when his shot from a sharp angle was tipped over Varlamov's shoulder with 6:59 remaining. Goldobin then created a turnover a center-ice that allowed Sutter to break in and score on a shot that hit Varlamov's glove and went in 51 seconds later.

Horvat appeared to put the Canucks in control when he scored off Brock Boeser's pass from behind the net with 4:18 left.

Rantanen then beat Nilsson with a shot from the faceoff circle with 2:03 to go in the middle period, and Landeskog tipped a shot from side of the net with 37 seconds left to pull the Avalanche to 4-3 and cap the seven-goal period.

''We need to learn how to close games, how to play with the lead,'' Nilsson said. ''Maybe it's a few penalties we can eliminate, and our penalty kill can play better. ... Myself, I need to find some extra saves on the penalty kill. It's team work and everyone needs to be a little better.''

After a scoreless first period, Sutter made a nice play to set up the first goal of the game just 34 seconds into the second. Sutter stripped the puck from Avalanche defenseman Nikita Zadorov behind the net then one-handed a pass out front to Archibald, who beat Varlamov with a quick shot to the stick side.

Jost tied the game at 10:46 when he deflected Barrie's shot from the point under Nilsson's arm.

NOTES: The Canucks signed D Erik Gudbranson to a three-year, $12 million contract. ... With G Jacob Markstrom sidelined with a minor injury, Richard Bachman was recalled from Utica of the AHL and dressed as Nilsson's backup. ... The Avalanche recalled D Andrei Mironov and D David Warsofsky from San Antonio of the AHL to replace Erik Johnson and Anton Lindholm, who suffered upper-body injuries Sunday.

Avalanche: At Edmonton on Thursday night.

Canucks: At Vegas on Friday night.