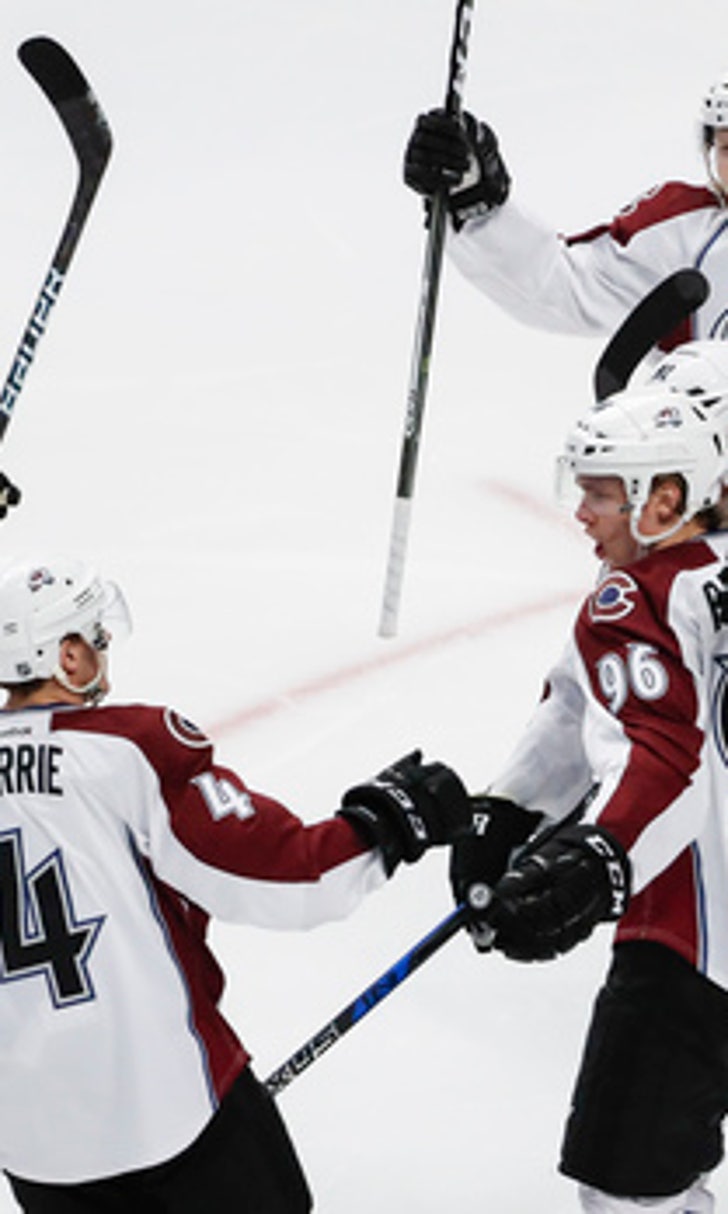 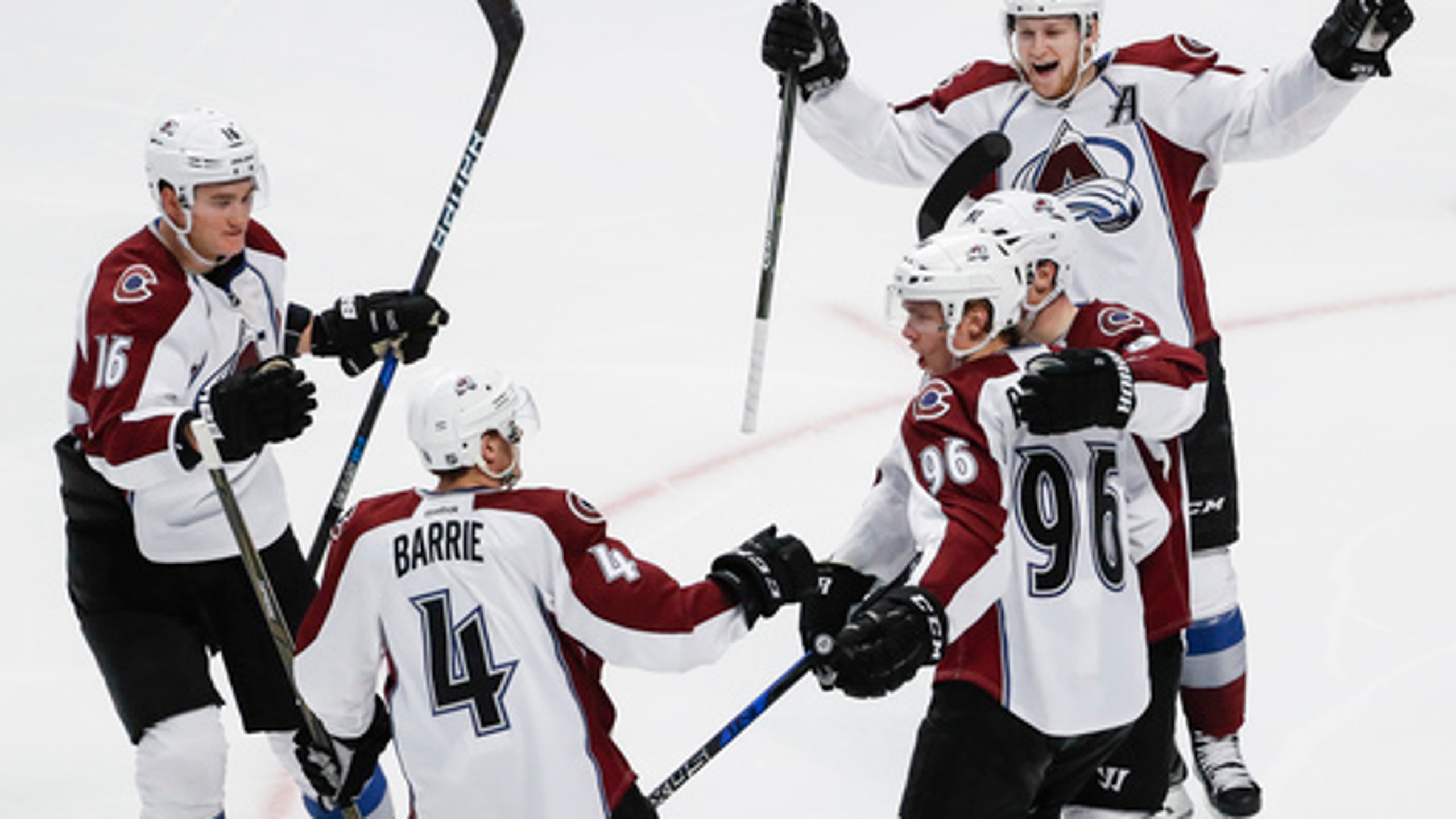 previous story
Russell Does It Again, Thunder Outlast Celtics in Boston
next story
5 Bold Predictions For Washington Redskins In Week 16 vs. Bears

CHICAGO (AP) Nathan MacKinnon scored 25 seconds into overtime to lift the Colorado Avalanche to a 2-1 win over the Chicago Blackhawks on Friday night.

Cruising in with Tyson Barrie on a 2-on-1 break, MacKinnon beat Corey Crawford with a high shot that ticked off the post and ended the Avalanche's five-game losing streak.

Mikko Rantanen scored on a deflection at 5:42 of the third period for the Avalanche's first goal in 167 minutes and 43 seconds of play. Colorado was shut out in its previous two games, including a 6-0 loss to the Maple Leafs on Thursday.

Chicago captain Jonathan Toews stopped a 13-game drought with his fifth of the season. Toews' power-play goal midway through the second was his first since Nov. 5, a span that includes missing nine games with a back injury.

Calvin Pickard made 38 saves while the Avalanche's No. 1 goalie, Semyon Varlamov, remained in Denver to have his groin injury assessed.

Crawford had 32 stops in his return from an appendectomy. He missed 10 games following surgery on Dec. 3.

Varlamov started Colorado's loss to Toronto on Thursday, but left at 8:42 of the second after allowing five goals on 18 shots.

Last-place Colorado won for just the third time in its last 15 games. Until Rantanen connected, Colorado hadn't scored since Jarome Iginla's power-play goal with 2:01 left in the third period of a 4-1 loss at Winnipeg last Sunday.

Artemi Panarin extended his point streak to seven games with a nifty setup on Toews' goal. He has five goals and eight assists in the run.

Chicago played without forwards Marian Hossa and Artem Anisimov due to upper-body injuries. Hossa leads the team with 16 goals, and Anisimov has 14. They could return Tuesday against Winnipeg.

The Avalanche got off to a fast start after they were drubbed in Denver on Thursday night, running up an 8-1 shots advantage early in the scoreless first against the Blackhawks. Crawford made several alert saves, including a sprawling stop on MacKinnon's backhander about six minutes in.

Toews' power-play goal at 11:52 put Chicago in front. After Pickard stopped Duncan Keith from the slot, Panarin fired the rebound across the front of the net from the left side.

Toews, hovering at right side of the cage, smacked in the puck from midair.

Rantanen responded at 5:42 of the third, redirecting Tyson Barrie's shot from the right point.

Crawford stepped up again midway through the third, giving the Blackhawks a chance for at least a point. He stopped Gabriel Landeskog and Barrie in close, and then denied Blake Comeau on a breakaway.

NOTES: There is no timetable for Varlamov's return. Colorado recalled G Spencer Martin from San Antonio of the AHL to back up Pickard. ... F Vinnie Hinostroza missed Chicago's morning skate with an illness, but was in the lineup and skated with fellow rookies Tyler Motte and Ryan Hartman. ... Chicago's healthy scratches were Ds Michal Kempny and Michal Rozsival. Colorado's were D Patrick Wiercioch and LW Cody McLeod.

Avalanche: Try to snap an eight-game home losing streak (0-7-1) when they take on Calgary on Tuesday night. Colorado's last win at the Pepsi Center was on Nov. 15.

Michal Kempny
share story
those were the latest stories
Want to see more?
View All Stories
Fox Sports™ and © 2021 Fox Media LLC and Fox Sports Interactive Media, LLC. All rights reserved. Use of this website (including any and all parts and components) constitutes your acceptance of these Terms of Use and Updated Privacy Policy. Advertising Choices. Do Not Sell my Personal Info