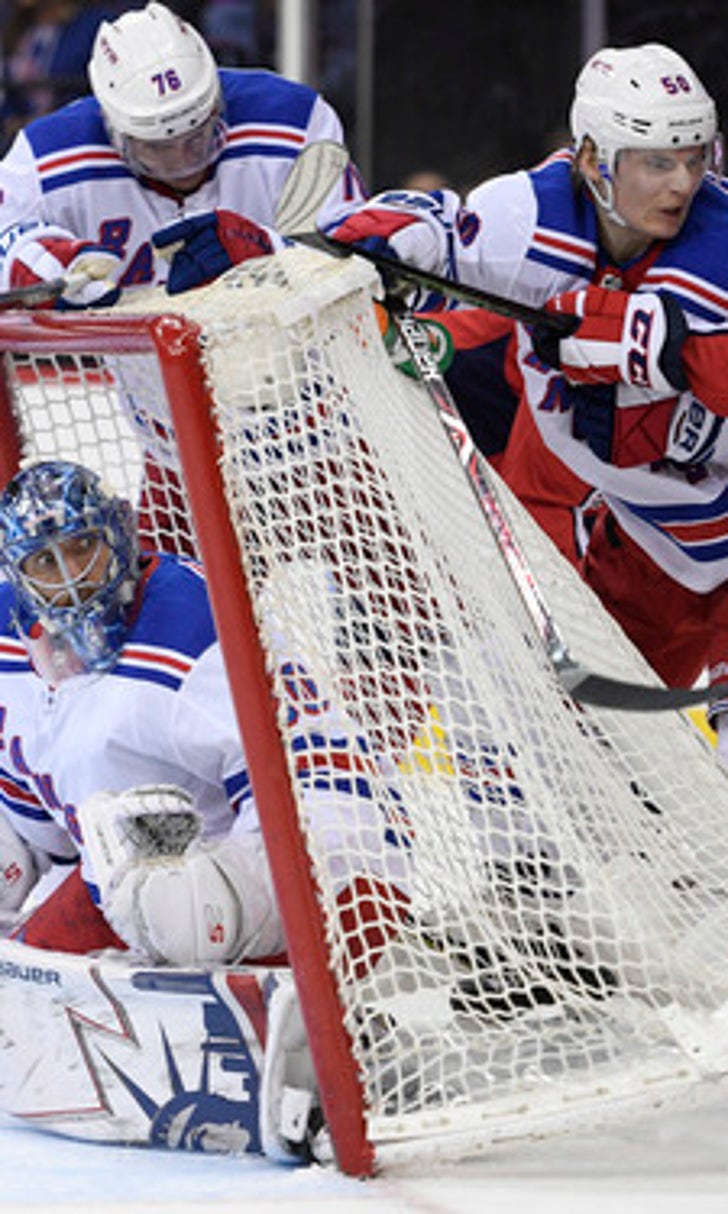 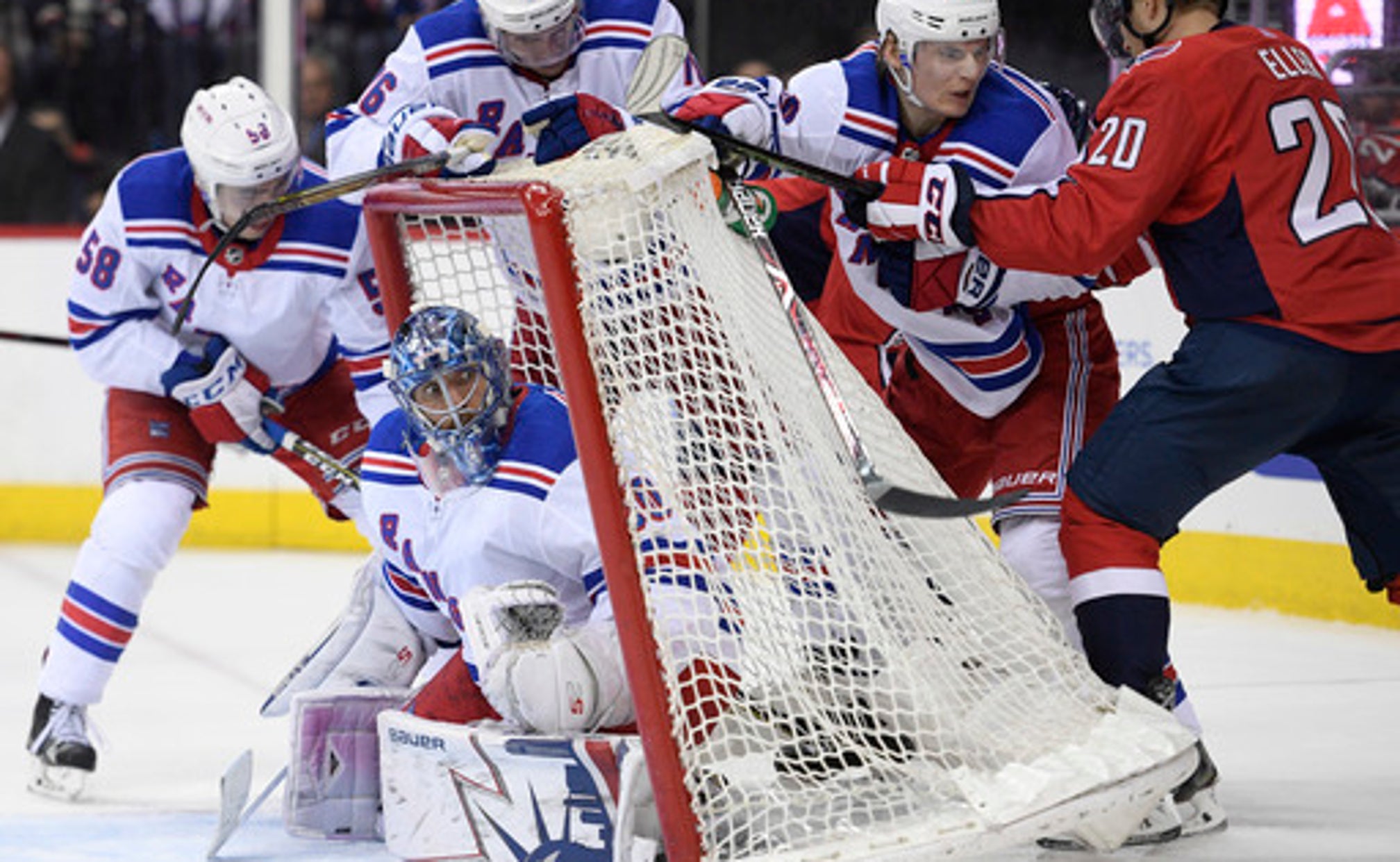 Lundqvist and rebuilding Rangers brace for rough road ahead

Lundqvist roiled with frustration after a rookie defensemen left an opponent wide open for a tying goal that led to New York's 44th loss of a lost season. As Zen-like as he was earlier in the day about the new organizational direction toward youth and away from trying to win now, the face of the franchise for more than a decade was bothered by a mistake caused by inexperience that's sure to be repeated over the coming years.

When general manager Jeff Gorton committed the Rangers to a roster refresh that laid waste to 2018 playoff hopes and set the stage for pain that could last longer than Lundqvist's prime, the star goaltender battled his own internal conflict. The 36-year-old from Sweden had never played in an NHL game with no chance of making the playoffs.

''As a competitor, you want to win, and I never experienced that before where you're like, `We can't go for this,''' Lundqvist said Wednesday, hours after the Rangers were eliminated from contention but several weeks since it became clear they wouldn't make the postseason. ''It was definitely a new experience. But we're all on board in this.''

Lundqvist and his veteran Rangers teammates have two choices: get on board or be tossed overboard. When it became apparent this team didn't have the stuff to compete for the Stanley Cup, Gorton traded captain Ryan McDonagh and forwards Rick Nash, J.T. Miller and Michael Grabner before the deadline and set a course for the future.

With three years left on Lundqvist's contract at $8.5 million per season, how far away that future is remains painfully unclear. After 11 playoff appearances and a trip to the final with Lundqvist as the backbone, the Rangers may not get within reach of the Cup in his prime or even his career - but even current players see the need for change.

''I think it's good for this organization to get some fresh air and some new young players and go from there,'' 30-year-old winger Mats Zuccarello said. ''But it's going to be a process.''

The process began last summer with the trade of veteran center Derek Stepan to Arizona for the seventh overall pick that turned into Lias Andersson and the selection of Filip Chytil later in the first round. Mika Zibanejad, Chris Kreider and Brady Skjei are young building blocks already in place, and there's hope that free agent addition Kevin Shattenkirk and trade acquisition Vladislav Namestnikov become part of the long-term solution.

When the Rangers played at Washington on Wednesday night in their first game with no hope of playoffs since 2004, they dressed 15 players age 26 and younger. New York's future is its present, which can mean blunders like Neal Pionk's missed assignment in front, along with the excitement and potential of prospects like the 22-year-old defenseman, Andersson and Chytil.

''When you see the progress of the group, especially the young players, that gives you hope for what's ahead of us,'' Lundqvist said.

With a full no-movement clause and the equity he has built up with the Rangers, Lundqvist can choose his future. Others, like Zuccarello and coach Alain Vigneault, aren't so fortunate.

In February, when he announced plans to go young, Gorton didn't want to answer a question about whether Vigneault would be back next season other than to praise his coaching and say, ''We're all responsible in some way here for what we're seeing.'' This spring will be the first time in a decade Vigneault hasn't coached in the playoffs, a tough turn for the 56-year-old who almost certainly will be behind an NHL bench somewhere next season.

Try as they might to focus on the final few games of the season, the Rangers feel the threat of drastic change that hangs over them. Lundqvist said ''now is not the time'' to talk about the bumpy road ahead.

Describing one of the most successful runs in franchise history, Zuccarello used words like lucky, fortunate and even spoiled. In a sport with a salary cap, it's difficult to remain among the top teams for even this long, and now everyone is bracing for the uncertainty of what's next.

''This is a new situation for most of the guys that have been here for a while, but you have to buy in, you know?'' Zuccarello said. ''It is what it is. It's nothing you can do about it. ... Hopefully I have some good years - five, six good years - left and can be part of the rebuild and come to the good times again.''