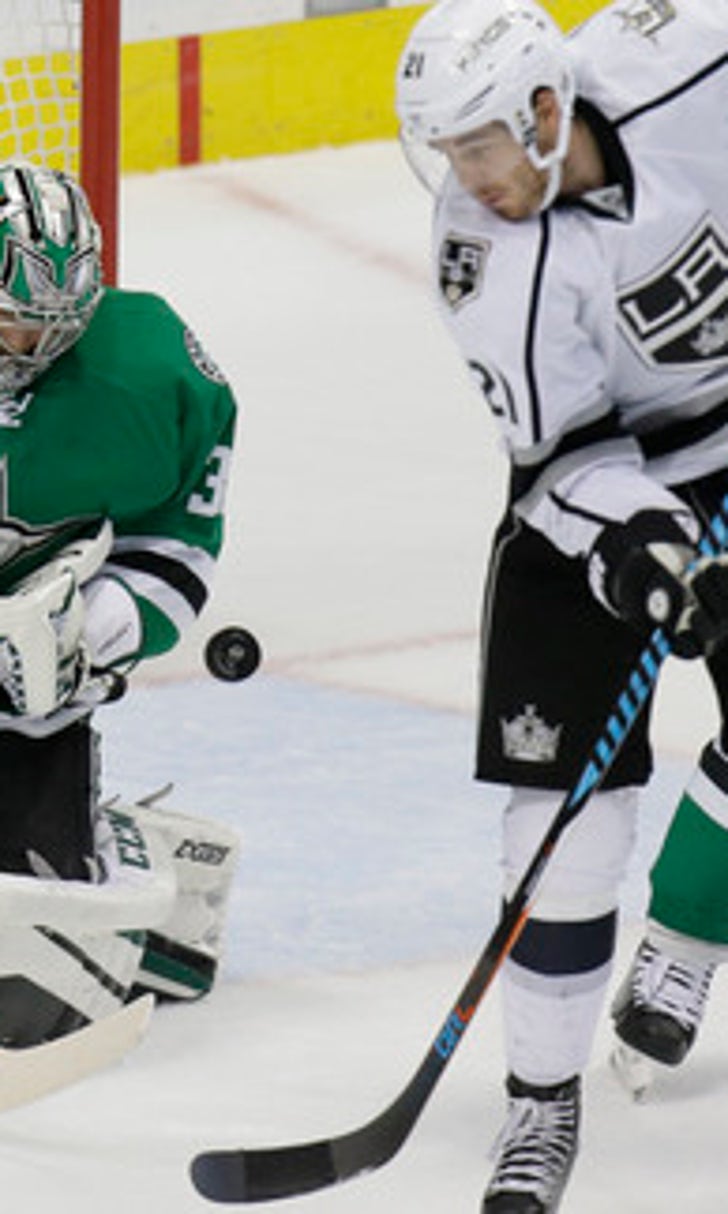 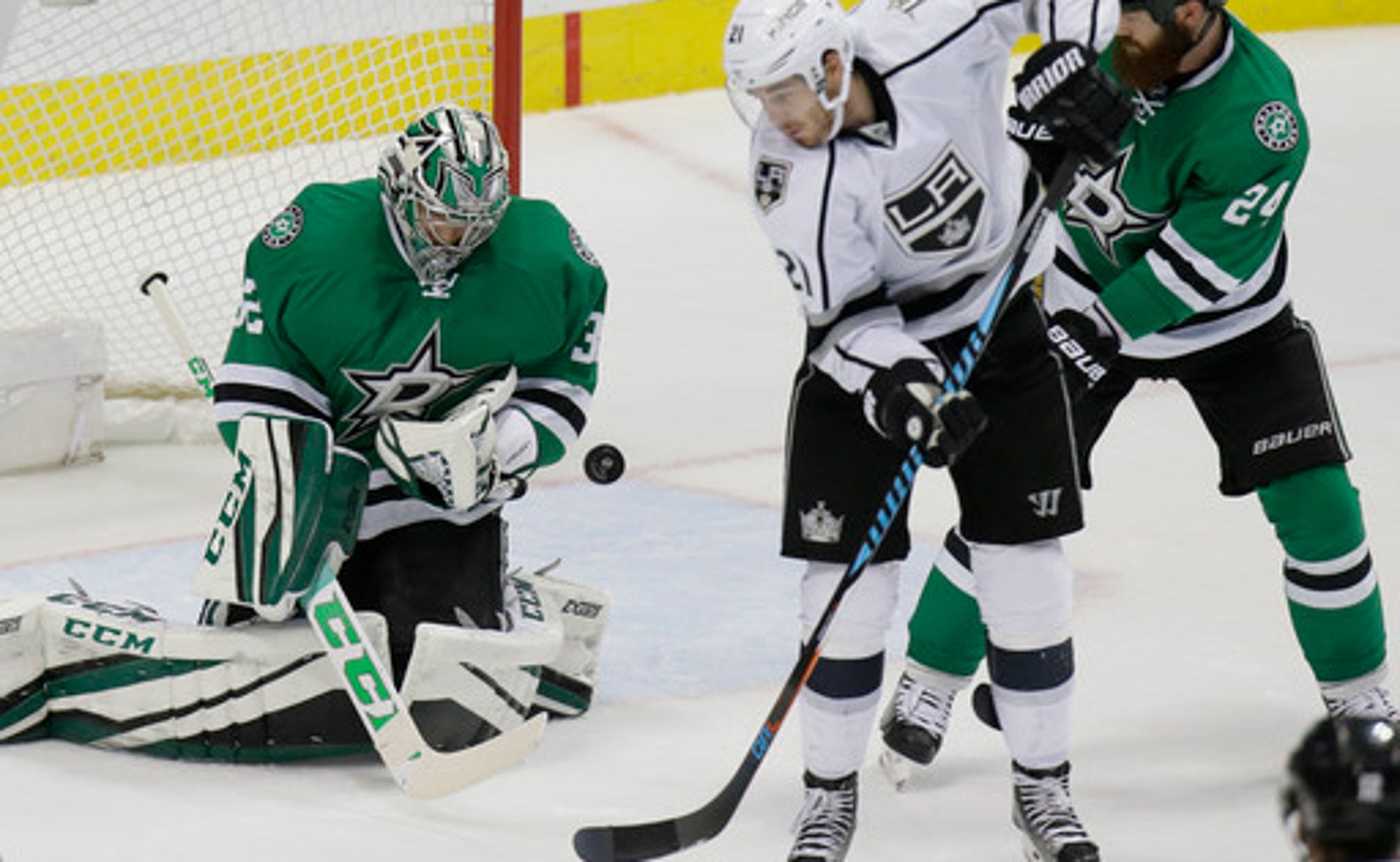 DALLAS (AP) Jamie Benn has 276 career assists and an Art Ross Trophy, which goes to the NHL leader in points each year.

Dallas' captain showed why on Friday night, slipping a pass to Esa Lindell for a goal 1:07 into overtime that gave the Stars a 3-2 victory over the Los Angeles Kings.

''I was thinking shoot almost the whole way down the ice,'' said Benn, who led the NHL in scoring during the 2014-15 season. ''It was kind of hard not to pass it to him there. He worked so hard to get up the ice and he made a good play in the D zone. You know, he was wide open.''

Lindell, a rookie defenseman, skated in with Benn 2-on-1 on Kings goalie Jeff Zatkoff. Benn eased a pass from the right side to Lindell at the left faceoff circle for his third goal this season.

''Saw they were changing one guy and saw the opportunity to get 2-on-1,'' Lindell said. ''That was pretty easy to put in from that pass.''

Zatkoff couldn't stop the odd-man rush during 3-on-3 play in overtime.

''It comes down to rushes, and Benn made a great pass,'' he said.

''Really, (overtime) hasn't been working the way we've been trying it, so we talked about some different pairs,'' Stars coach Lindy Ruff said. ''We've got to change direction with the way we're going. Tonight it worked.''

Jeff Carter scored both Kings goals on rebounds. He connected on the power play in the first period and tied the game 2-all at 10:51 of the third.

Dallas finished a five-game homestand 3-1-1. The Kings are 3-2-2 in a stretch of nine consecutive road games.

Carter's first goal followed an apparent Los Angeles goal that was disallowed and a short-handed breakaway by Benn that ended with a shot wide of the net.

The first shot that went past Lehtonen was called no goal because the Kings' Tanner Pearson was in the paint and impeded the goalie. At 3:05, 54 seconds into a power play, Carter scored on the rebound of a shot by Pearson.

Seguin tied it at 1 just 43 seconds into the second period. John Klingberg crossed the blue line on the right and sent the puck to Jason Spezza in the slot. He passed to Seguin in the left faceoff circle, and he sent a wrist shot past Zatkoff.

Lehtonen stopped all 16 Los Angeles shots in the second period, including a breakaway by Pearson with 3 1/2 minutes remaining.

''I thought he played well,'' Ruff said. ''They had a couple rush chances in the second period, but he made some good saves for us.''

Faksa scored after taking a pass from Curtis McKenzie in the slot. Zatkoff stopped the first shot from Faksa, but he was in position at the left of the net to put in the rebound.

Carter scored his second goal, his 19th this season, by skating in from the right side to scoop up the rebound of a shot by Devin Setoguchi.

NOTES: Carter has eight goals in the last eight games. ... Setoguchi has 24 career points vs. the Stars, his most against any team. ... Dallas LW Antoine Roussel and D Stephen Johns missed practice Thursday because of injuries and did not play against the Kings. With C Cody Eakin serving the third game of a four-game suspension, the Stars had only 11 forwards. ... The Kings extended their streak of successful penalty kills to 26 over the last nine-plus games by stopping all three Dallas power plays. The Stars have scored only twice on 22 chances with the man advantage over the last seven games. ... Faksa won 15 of 20 faceoffs.

Kings: After going back to California for the holiday break, they'll conclude their longest stretch away from home this season with games Wednesday at Vancouver and Thursday at Edmonton. Los Angeles followed up a win at Dallas in October with a home victory over the Canucks.

Stars: Travel to Arizona to play the Coyotes on Tuesday.