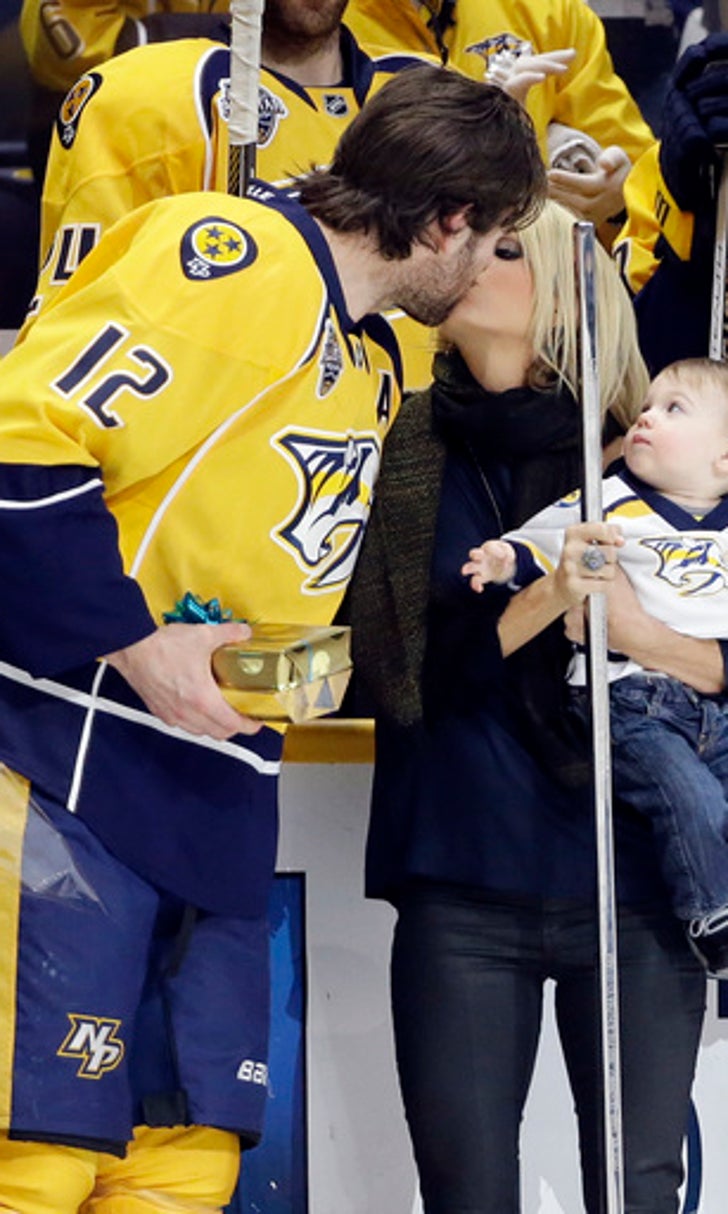 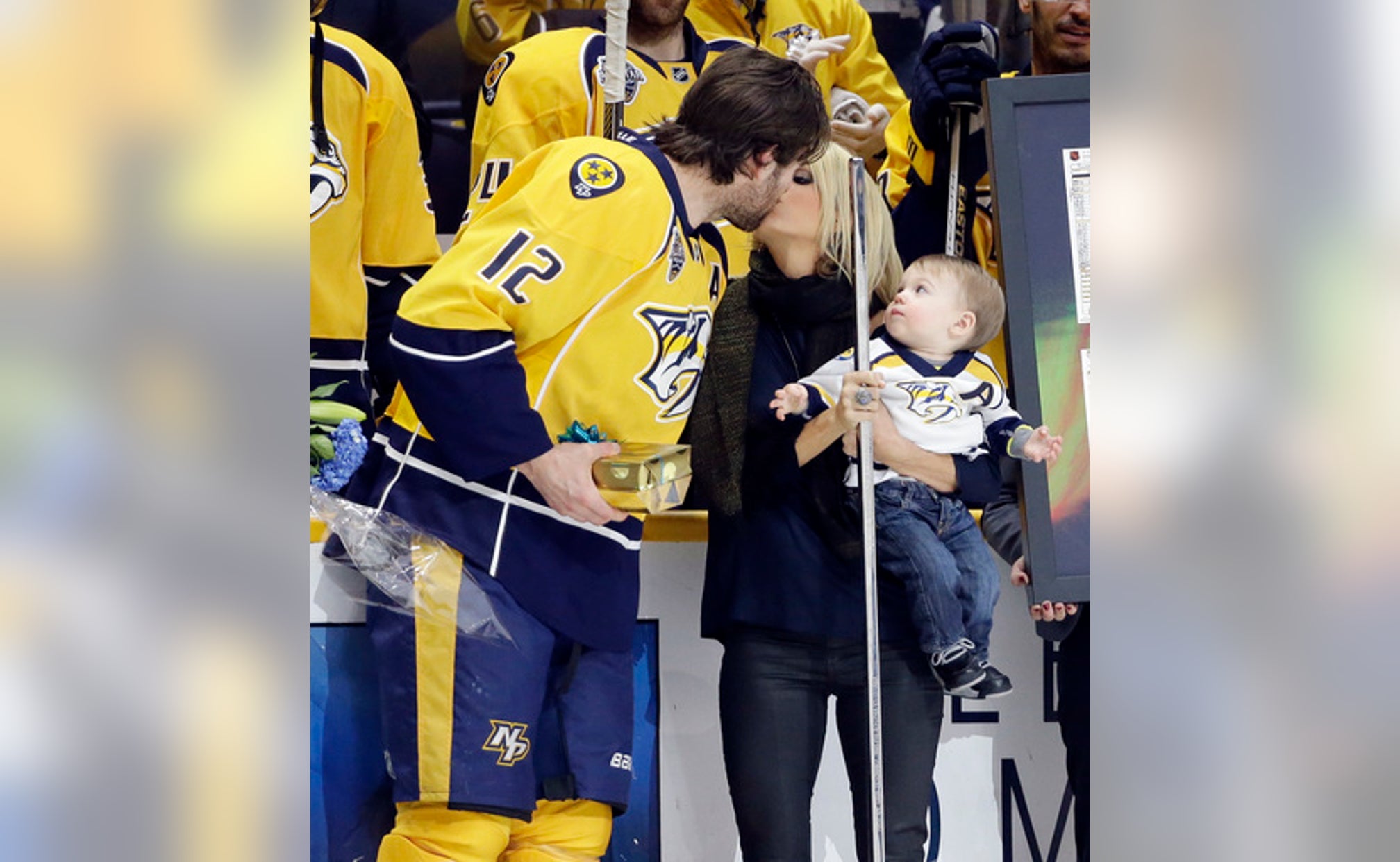 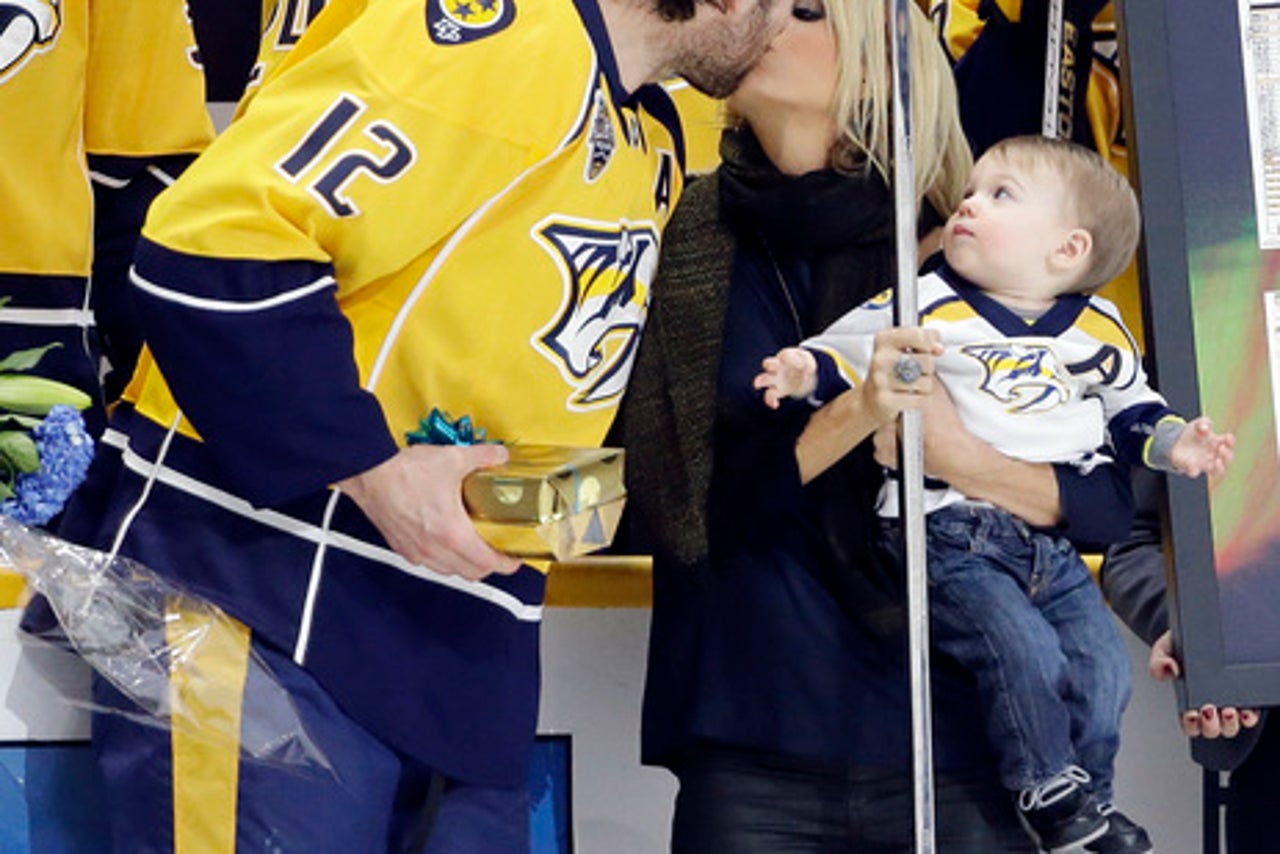 NASHVILLE, Tenn. (AP) In a preview of their potential playoff matchup, the Nashville Predators gave the Los Angeles Kings plenty to think about.

Ryan Johansen had a goal and two assists, leading Nashville to a 5-2 victory over Los Angeles on Monday night.

James Neal and Roman Josi each added a goal and an assist for the Predators, winners in three of their last four. Mike Fisher and Filip Forsberg also scored, and Pekka Rinne made 28 saves in his 30th win of the season.

Nashville sits in the first wild-card position in the Western Conference, while the Pacific Division-leading Kings are second overall in the conference standings. That puts the teams in line to meet in the first round of the postseason.

''We've got a lot of young bodies in this room and when they go home tonight, they're going to look at the standings and the results and say, `Wow, we beat one of the best teams in this league that's talked about as a Stanley Cup contender,''' Johansen said. ''So we'll definitely use it as confidence for our group in this room and maybe being a playoff matchup.''

''I thought we had a decent first period,'' Kings coach Darryl Sutter said. ''The second period we turned pucks over a little bit, gave them odd-man rushes. Our forwards had trouble getting to the net against their defense.''

Neal scored the game's first goal at 7:37 of the second period.

In the left circle inside the Los Angeles zone, Johansen won a faceoff back to Neal at the top of the circle, where he immediately fired a shot low to the far side that just slid past the outstretched left leg of Kings goalie Jonathan Quick.

Fisher doubled the Nashville lead at 13:17 of the second.

With the Predators on a power play after the Kings were called for too many men on the ice, Fisher's initial shot from the slot was denied by Quick. But the rebound fell in the crease, where a diving Fisher poked it into the net for his 12th goal of the season.

''I was just trying to get the puck on net and just kind of saw the puck sitting there and took a stab at it,'' Fisher said. ''I was fortunate to get it through.''

Before the opening faceoff, Fisher was honored for reaching 1,000 games played on March 3. Fisher's parents, wife Carrie Underwood, and son Isaiah were part of the on-ice ceremony.

Neal had the primary assist on Fisher's goal, giving him his 400th NHL point.

Forsberg tapped home the rebound of Craig Smith's shot at 15:23 of the second period to make it 3-0.

''I do think that we came out ready to play in the first,'' Nashville coach Peter Laviolette said. ''It goes in 0-0. We came out and did the same thing in the second and we were able to capitalize on some of the goals.''

The goal was the 30th of the season for Forsberg. He became the fifth player in Predators history to score 30 or more in a season, joining Jason Arnott, Paul Kariya, Steve Sullivan and Patric Hornqvist.

Quick was lifted in favor of Jhonas Enroth, who began the third period in net for the Kings. Quick stopped 24 of the 27 shots he faced through 40 minutes.

''It's one of the things the coaches usually do is try to rattle the cage a little bit and change goalies,'' Kopitar said. ''It shouldn't be the case with our team. We know better than that. We can't rely on just the third period to come back.''

Los Angeles scored 32 seconds into the third when Doughty's shot from the blue line beat Rinne.

Martinez scored at the 8-minute mark with a wrist shot from the left point through traffic, but Nashville regained its two-goal advantage at 11:45 when Johansen redirected Shea Weber's shot from the right side.

Josi added an empty-net goal in the final minute.

NOTES: Nashville LW Eric Nystrom returned to the lineup after missing 23 games with a broken foot. ... Nashville is 25-1-3 when leading after two periods. ... The Kings are 10-5-2 against the Central Division this season. ... Quick is 4-8-2 in his career against Nashville.