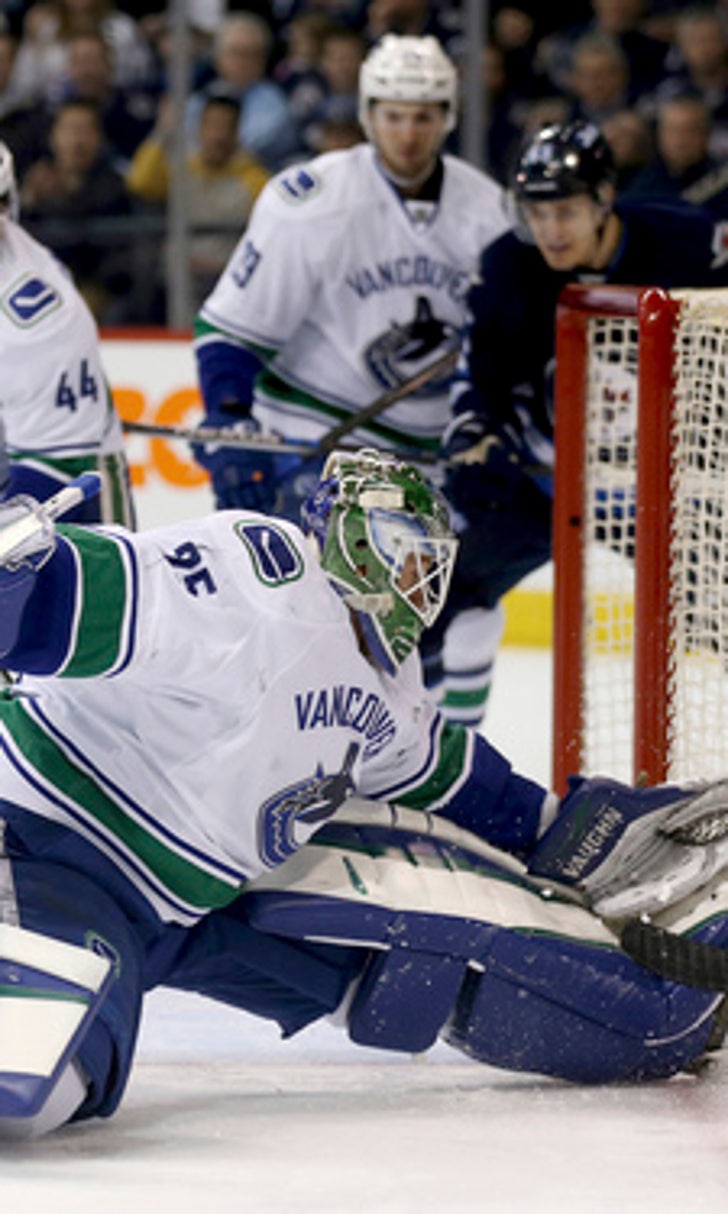 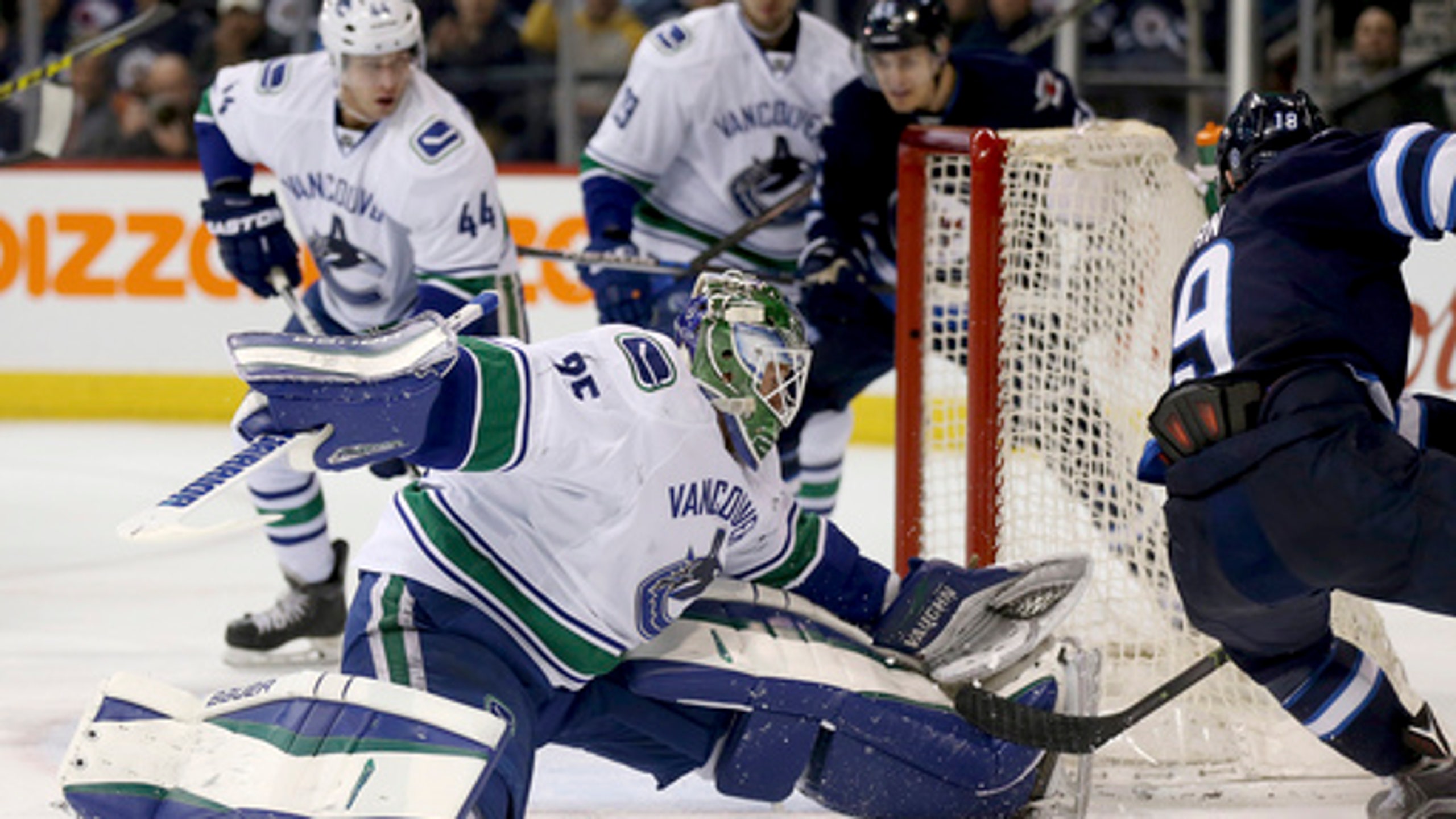 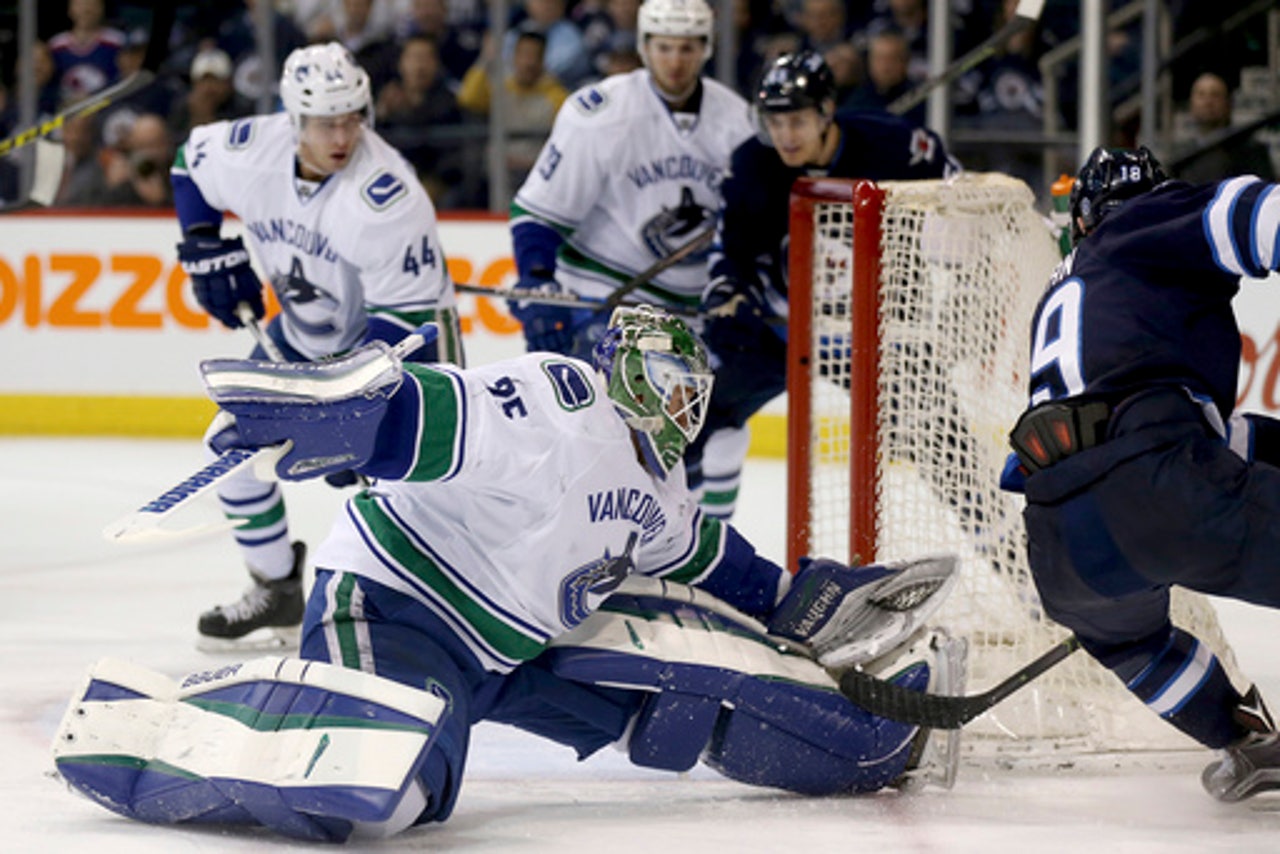 WINNIPEG, Manitoba (AP) Ondrej Pavelec didn't want to make a big deal of his first shutout of the season.

Pavelec made 28 saves and the Winnipeg Jets beat the reeling Vancouver Canucks 2-0 on Tuesday night.

''It's good for the young guys to feel how it is to win the game,'' Pavelec said. ''But another day is tomorrow and L.A. will come into our town so it will be probably a little bit of a different game.''

The Canucks were shut out for the third consecutive game, tying a franchise record. Their goal-less stretch is at 228:00. The Canucks having not scored a goal in 11 periods going back to the first period of their March 16 matchup at home against the Colorado Avalanche.

''(They have) played great for us all year,'' Henrik Sedin said about the Canucks' goaltending. ''That's never been a problem. We know they play great for us. It's tough to go through. We're all disappointed, there's no question about that. But you still have to look at it as a process. It's not going to change overnight.''

''I mean, obviously not winning hockey games is very frustrating, especially the way we do it, too,'' Markstrom said. ''It's really important for us as a group to not just count the games down. We got to stick to it, we've got play better than we're doing right now.''

Early in the third period, Lowry found the puck in traffic and quickly wrapped it around and banked it in off Markstrom's skate to make it 1-0 Winnipeg at the 2:30 mark.

Lowry's sixth of the season is also his second goal in his past five games, having gone without a goal in 17 games previous to that.

''I think they're in a similar situation as we are when you look at the players they're missing from their roster,'' Lowry said. ''We're continuing to build for the future and continuing to try and improve every day.

''We know everyone is playing for jobs for next year. We're building something in here and we're trying to get the identity to where we need it to be.''

The Canucks asked for a video review on the goal, questioning whether there was goaltender interference, but the call on the ice stood.

Markstrom's night was a busy one for Vancouver, especially in a hectic second period where the 26-year-old goalie turned away 19 shots and was big when he needed to be during two Jets power plays.

Markstrom stopped 35 shots before the Jets got one past him.

Since making the Jets out of training camp where he played 14 games before his reassignment back to the AHL in late November, Petan has dressed in three consecutive games for Winnipeg.

Playing on the Jets' top line alongside the team's top two scorers in Blake Wheeler and Scheifele, Petan produced a couple quality chances, hitting a post on a backhand attempt early in the second period before being stopped by the glove of Markstrom from in close on a power play soon after.

NOTES: Vancouver is 14-14-7 on the road this season, while just 13-19-5 at home and will continue its three-game road trip through the Central Division with stops in Nashville on Thursday and St. Louis on Friday. ... The Jets conclude their current four-game home stretch on Thursday night when they host the Pacific Division-leading Los Angeles Kings.