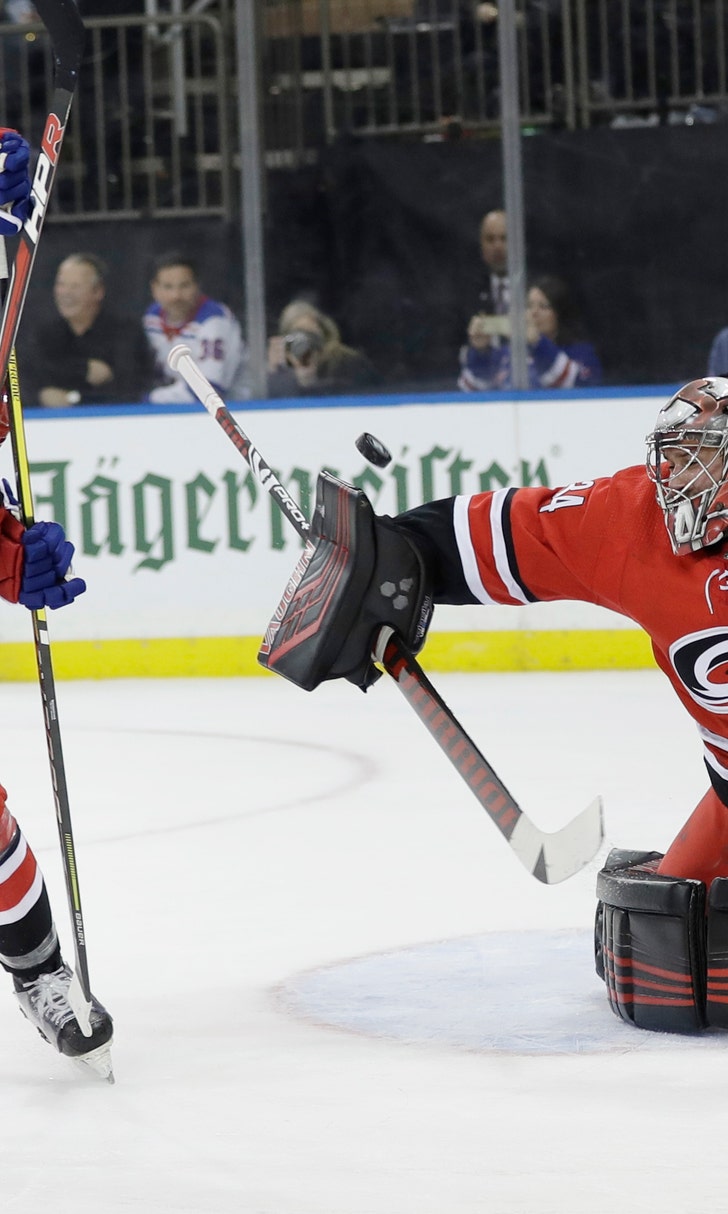 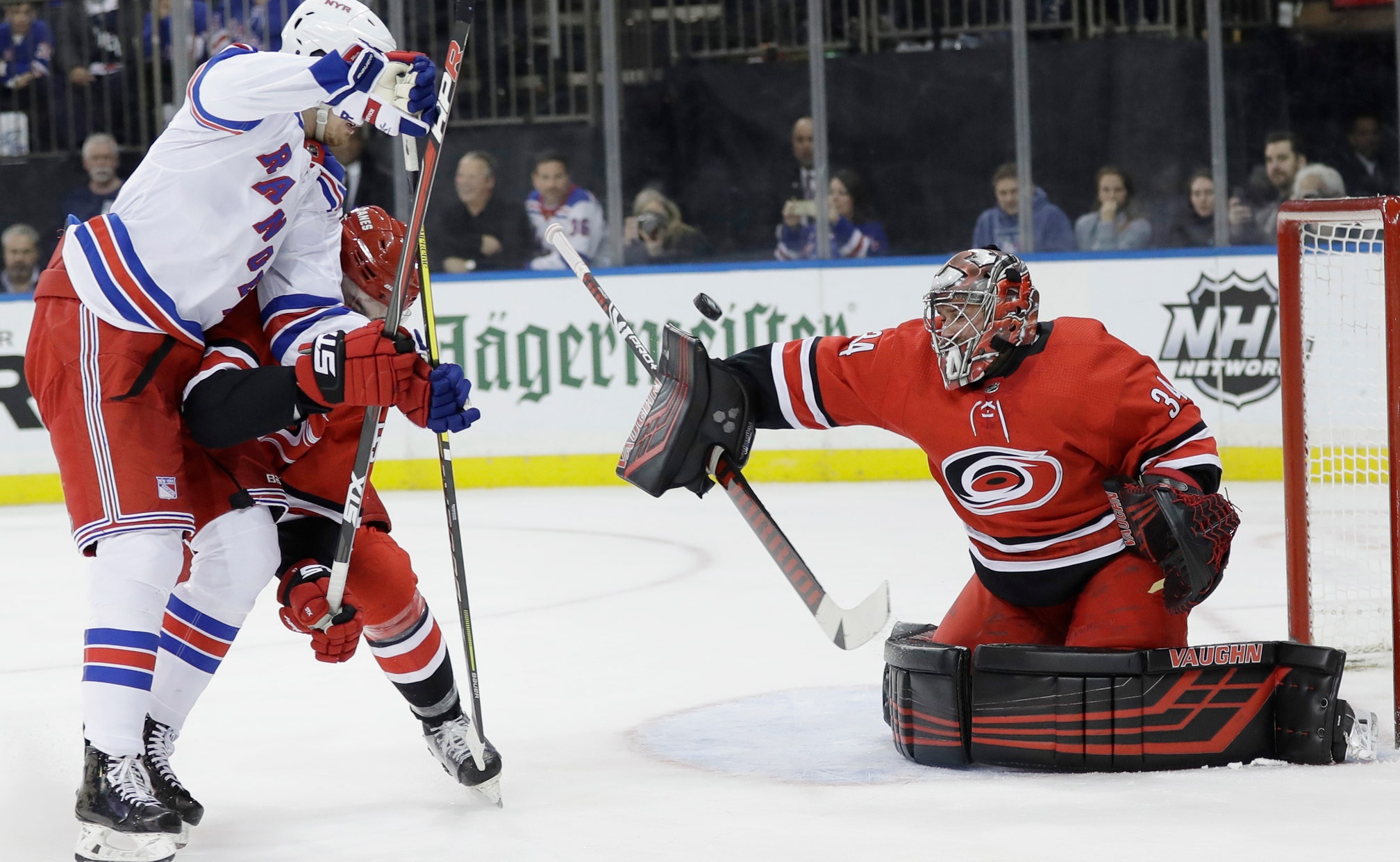 NEW YORK (AP) — Petr Mrazek and the Carolina Hurricanes had a reason to enjoy themselves, too, on Friday night.

Mrazek made 27 saves and the Hurricanes spoiled a celebration at Madison Square Garden that honored the last Rangers team to win the Stanley Cup, blanking New York 3-0.

Warren Foegele scored the go-ahead goal early in the third period as the Hurricanes ended a 16-game losing streak at the Garden. He took a pass from Saku Maenalanen in the slot and wristed a shot past Henrik Lundqvist at 6:43.

"It was nice to get rewarded there," Foegele said. "It was a great play by (Kegger) Greg McKegg to enter the zone with speed and then a beautiful pass by Saku."

Rookie Andrei Svechnikov and Brock McGinn added empty-net goals as Carolina won its third in a row. It was Carolina's first win at MSG since a 4-3 victory on Oct. 29, 2010.

In a 45-minute pregame ceremony, Mark Messier, Brian Leetch and the players and coaches from the Rangers' 1994 Stanley Cup team were introduced. They were seated at center ice as a sellout crowd cheered the commemoration of the 25th anniversary of that championship.

To honor that club, Lundqvist wore a goaltender's mask similar to Mike Richter's with the Statue of Liberty prominently displayed on the front. Lundqvist's mask also has "1994" painted on the right side with a picture of Richter, his name and number.

"Unbelievable. It's a humbling thing. What a great statement by him," Richter said before the game.

"(He) didn't have to do it. It's very classy. I was shocked. ... Coming from him, look at the career the man has put together. He's been nothing but consistent from the day he arrived. He's had just a remarkable career, so it means a lot coming from him."

Rangers coach David Quinn was disappointed in his team's effort in the game.

"There was definitely a lack of urgency which was surprising," he said. "It certainly was set up to be a special night. We just didn't capitalize on it."

Carolina, which is 13-4-1 in its past 18 games, climbed within a point of the Pittsburgh Penguins for the final playoff position in the Eastern Conference.

"I think we know where we are in the standings and how important each game is," Foegele said. "We need wins and it's important we got two points there."

These Rangers are near the bottom of the Eastern Conference.

After a tightly played opening period, both teams had better scoring chances in the second.

Kevin Hayes took a pass from Jimmy Vesey and faked Mrazek and attempted to stuff the puck into the net, but Hurricanes defenseman Jaccob Slavin swept it out from the crease.

"That was a big save by him," Mrazek said. "Hayes did a nice job holding the puck for a little bit, I get out and a great save by Slavin."

Mrazek closed the second period by making a stellar stick-side save on Mika Zibanejad with the Rangers on the power play.

Lundqvist kept the game scoreless late in the opening period as he stopped Nino Niederreiter on a breakaway. He finished with 30 saves.

"We definitely had our looks, especially in the second period," Lundqvist said. "It came down to one play. Unfortunately we were on the wrong end. We had our opportunities. But they defended really well the whole game."

NOTES: For the national anthem, the Garden replayed John Amirante's version of "The Star-Spangled Banner" that he performed during the '94 Cup Final. ... The Rangers are 1-2-1 on their homestand. ... Defenseman Haydn Fleury was scratched for Carolina. Center Brett Howden and defenseman Neal Pionk were scratched by the Rangers.

Hurricanes: At the Devils on Sunday in the fourth game of a five-game road trip.

Rangers: Host Toronto on Sunday to close out a five-game homestand.