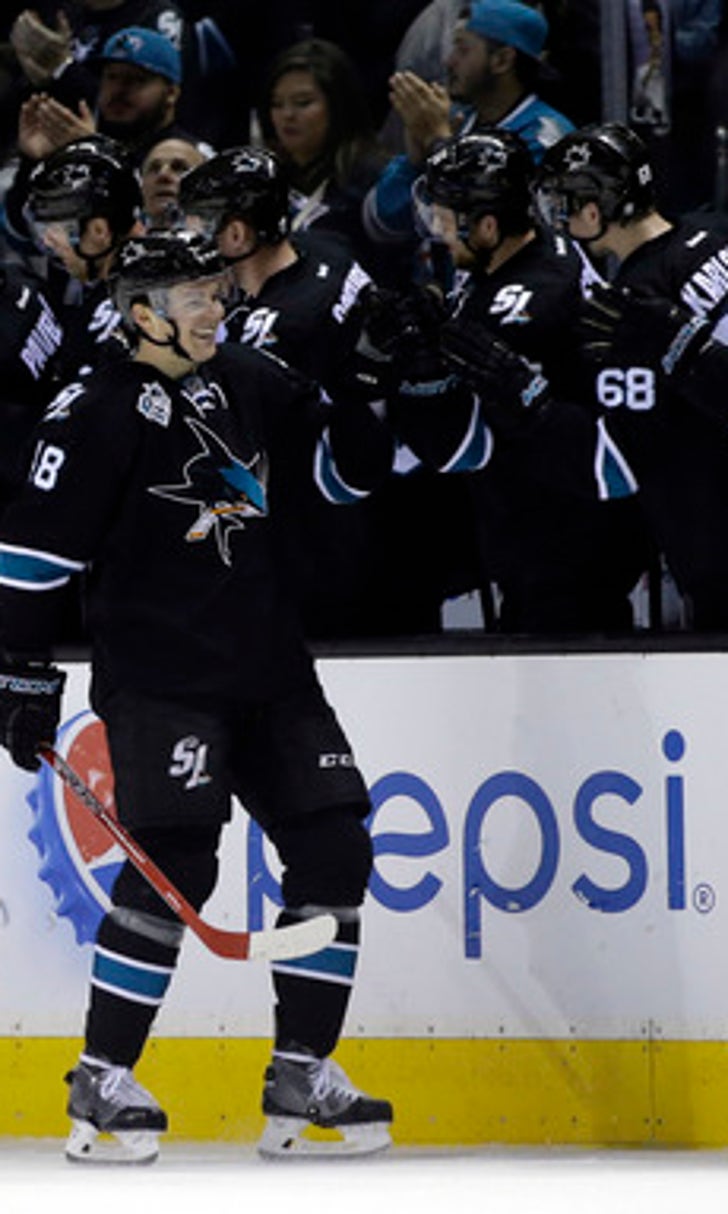 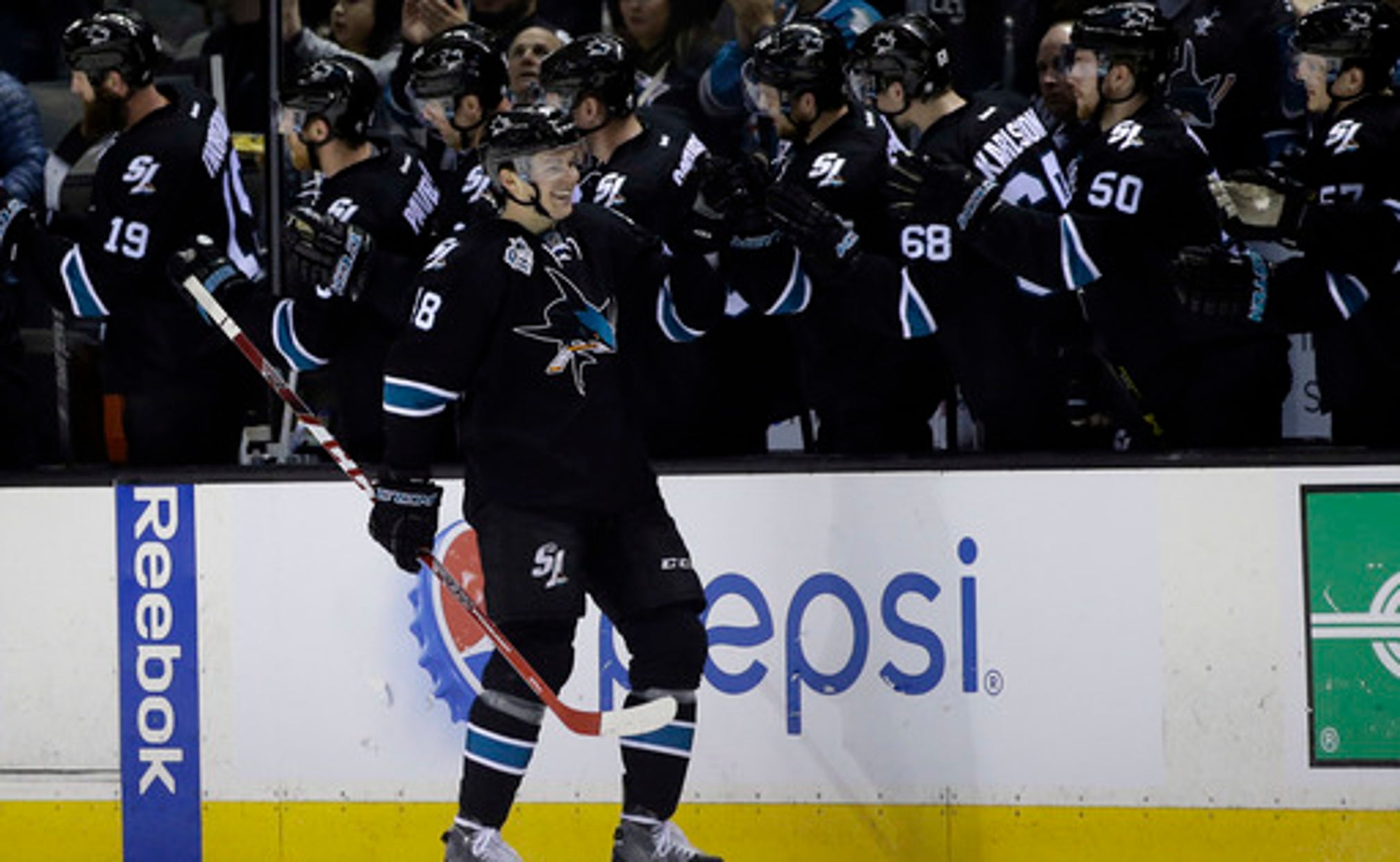 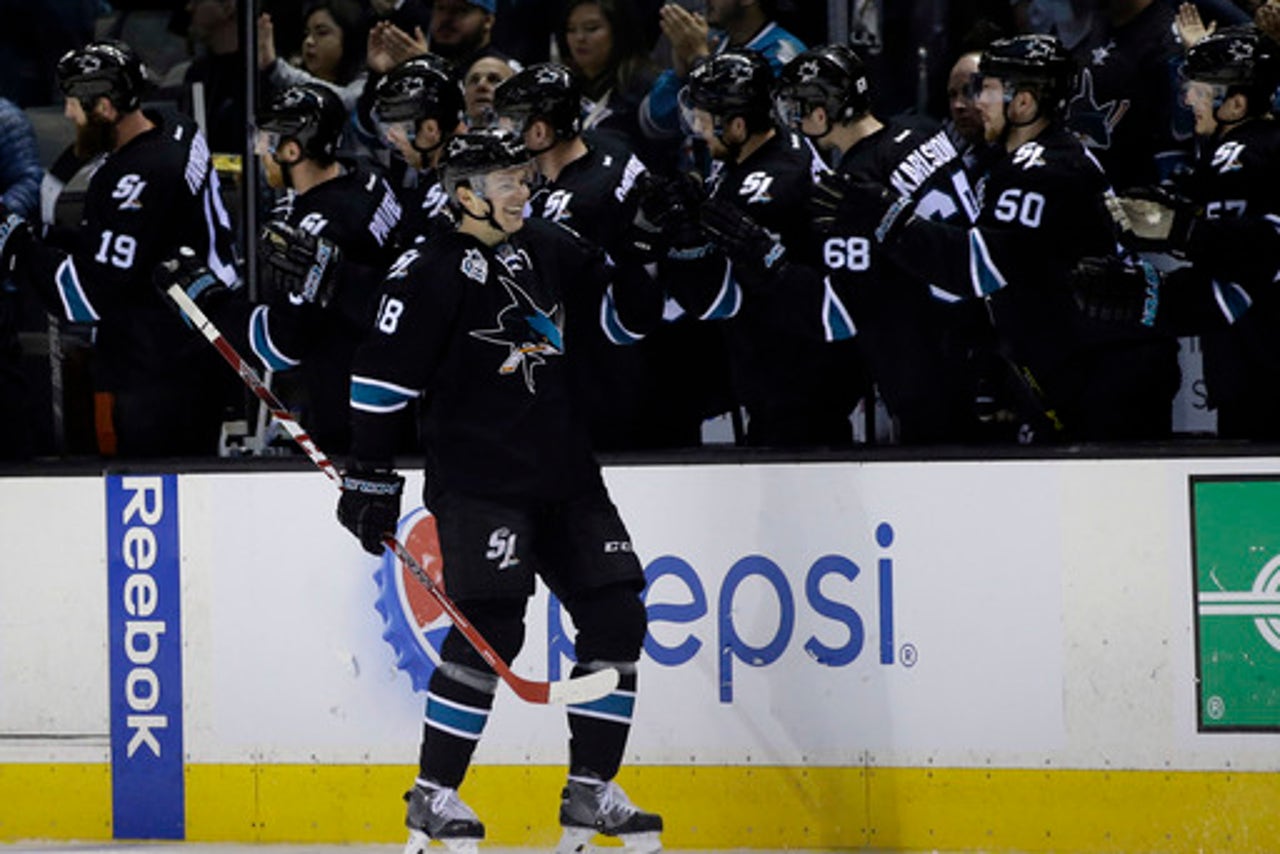 SAN JOSE, Calif. (AP) Tomas Hertl scored a power-play goal in the latest contribution from San Jose's second unit and James Reimer earned his second shutout in four starts with the Sharks in a 3-0 victory over the Arizona Coyotes on Sunday night.

Joel Ward also scored, Joe Pavelski added an empty-netter and Joonas Donskoi had two assists for the Sharks, who have won a season-high four straight home games to move to the brink of clinching the playoffs. After missing the postseason last year for the first time since 2003, San Jose can seal up a bid this season with one more victory.

Reimer, acquired late last month in a trade from Toronto, made 25 saves and has allowed just two goals in winning his last three starts for the Sharks. Reimer has 13 career shutouts.

Mike Smith made 32 saves for the Coyotes, who were shut out for the second straight night.

The Sharks have long relied on their top power-play unit featuring Pavelski, Joe Thornton, Patrick Marleau, Logan Couture and Brent Burns for success. But in a sign of the increased depth in San Jose this season it has been the lower-profile second unit coming up big of late.

While the top unit has uncharacteristically struggled to enter the offensive zone cleanly and generate good scoring opportunities of late, San Jose's three power-play goals in the past four contests have come from the second unit.

Hertl came through in this game with help from a fortunate bounce. He took a pass from Donskoi near the side of the net and as he tried to slide a pass across, the puck deflected off defenseman Connor Murphy's stick and past Smith for Hertl's 18th goal, making it 2-0.

Pavelski did get his goal on the power play, although it came into an empty net.

The Sharks controlled the play early when Patrick Marleau was called for high-sticking with Justin Braun already in the penalty box. San Jose killed 39 seconds of the two-man advantage and the rest of Marleau's penalty before taking the lead less than a minute later.

Donskoi won the puck behind the net and fed Brenden Dillon at the point. Dillon's shot deflected off Ward, off the inside of the post and into the net for Ward's 20th goal of the season.