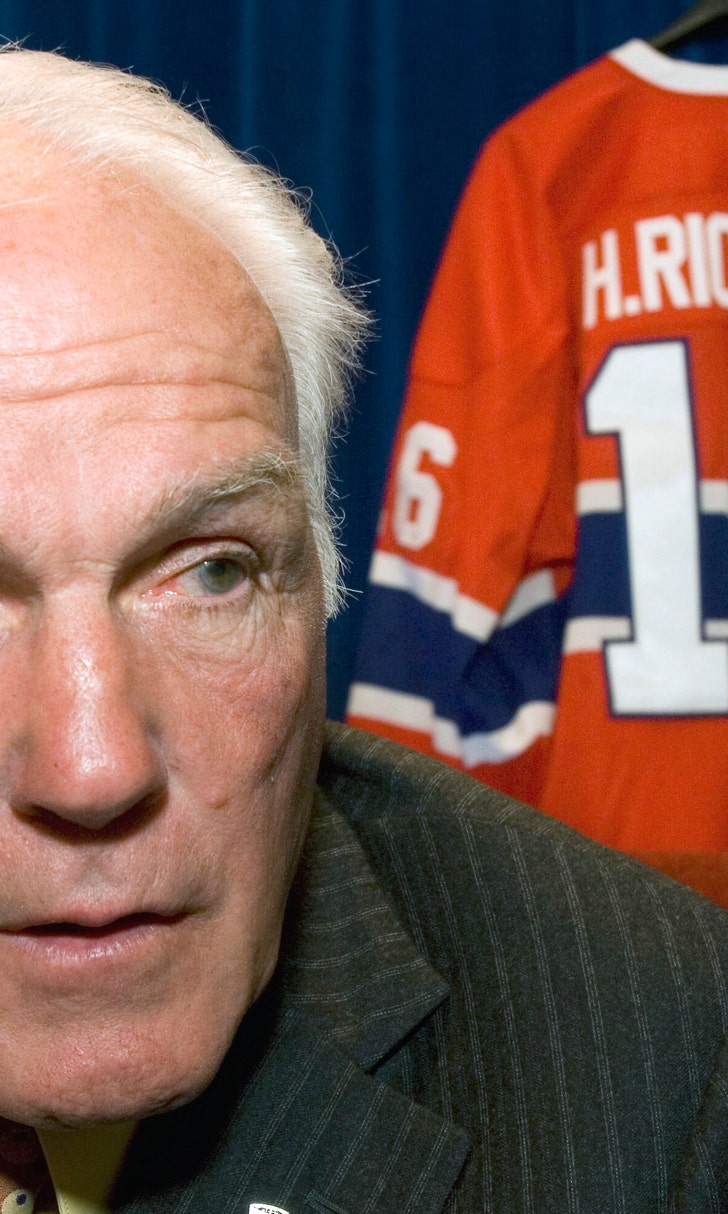 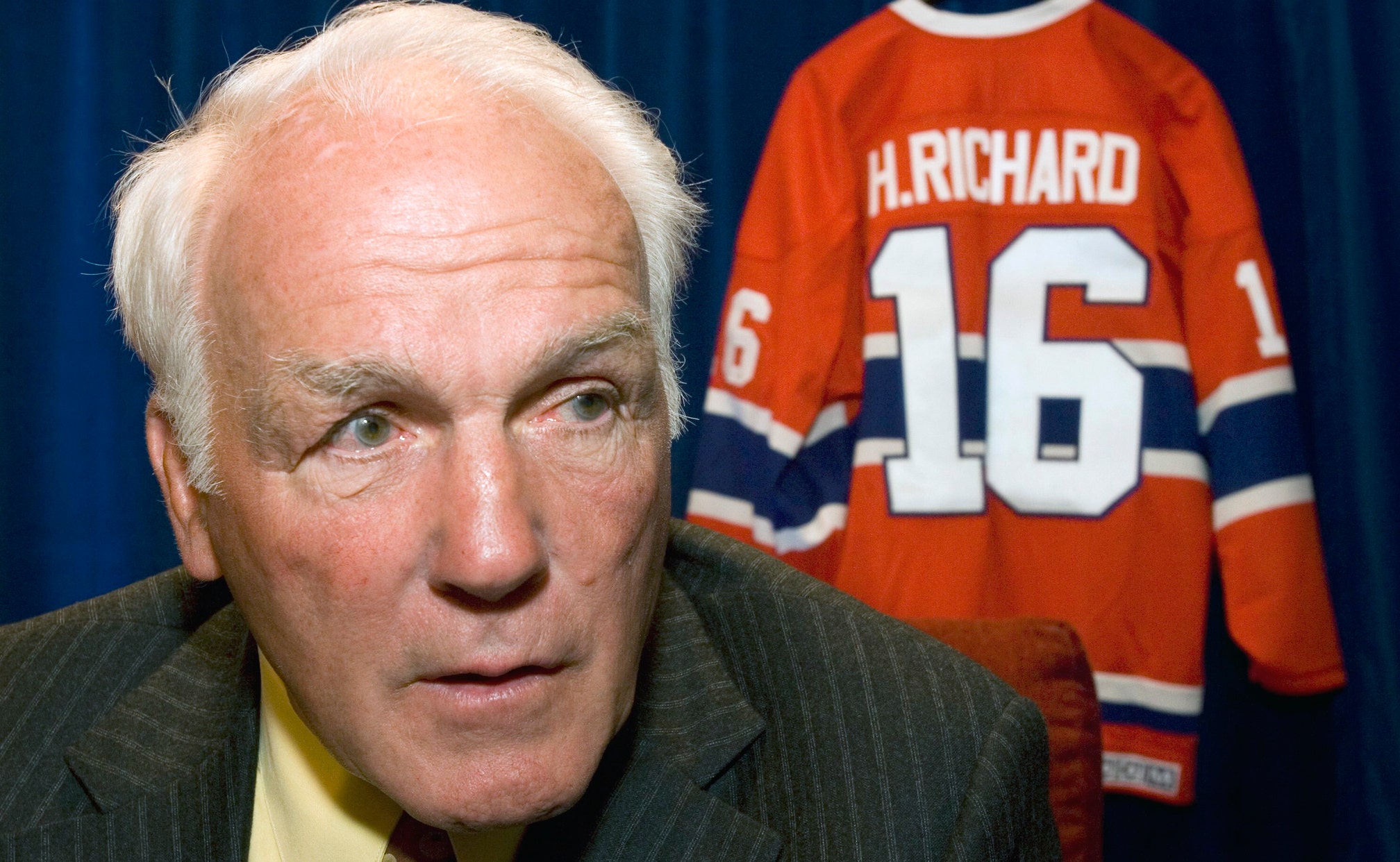 Henri Richard, winner of 11 Cups with Canadiens, dies at 84

MONTREAL (AP) — Henri Richard, the speedy and durable center who won a record 11 Stanley Cups with the Montreal Canadiens, died Friday. He was 84.

The Canadiens announced the death of the Hall of Famer on Twitter, calling him “one of the organization's greatest legends and ambassadors.” Richard had Alzheimer's disease.

He was better known as the younger brother of superstar Maurice “Rocket” Richard and was nicknamed the Pocket Rocket for his 5-foot-7, 160-pound frame.

“Henri Richard was one of the true giants of the game,” NHL Commissioner Gary Bettman said, lauding him as an “incomparable winner, leader, gentleman.”

"A legend on and off the ice, in Montreal and beyond, Henri Richard was one of the fiercest competitors in hockey history. And as an 11-time Stanley Cup champion, he set a record that no one has matched. Rest in peace, Pocket Rocket," Trudeau tweeted.

Known for his tenacity and playmaking, Richard was captain of the Canadiens from 1971 until his retirement in 1975. He succeeded the legendary Jean Beliveau, with whom he shares the record of playing 20 seasons for the NHL club.

His 11 Stanley Cups, one more than Beliveau and former Canadiens captain Yvon Cournoyer, is unlikely to be surpassed. Seven were won when the NHL had only six teams.

"No one's going to break that record, it's impossible," Richard said. “I say that without boasting. There are too many teams now and the best players are too spread out.”

Hall of Famer Serge Savard said he had "nothing but good words" for his teammate of eight seasons.

“Obviously, his record of 11 Stanley Cup wins will never be beaten,” Savard said. "Even though he played in the shadow of his brother and of the other big stars who made their mark with the Canadiens — who are all in the Hall of Fame by the way — (Richard) found the way to leave his own mark."

Cournoyer said, "Henri was a little like me: not very big! With his determination, he proved he was able to play in the NHL.

“Many compared Henri to his brother or put them into competition with each other,” Cournoyer added. "But Maurice was Maurice and Henri was Henri. Each had their own style and Henri proved he was an excellent hockey player."

He was also hockey's most famous leap year boy, born on Feb. 29, 1936. After a brilliant career with the Junior Canadiens, including 56 goals and 109 points in 1953-54, Richard joined his brother on the NHL club in 1955, just in time for the Canadiens to start on a run of five consecutive Stanley Cups. He proved himself right away, with 19 goals and 21 assists in 64 games in his rookie season.

Maurice Richard, who was 15 years older, retired after the 1960 season. Henri stayed on and won four more Cups over a five-year span from 1965 to 1969. A highlight was in 1966, when Richard's only goal in the final was the Cup winner in overtime in Detroit.

In 1971, he did it again, scoring the series-deciding goal in the third period of Game 7 in Chicago. Richard said later he considered that 10th Stanley Cup his most memorable because of the circumstances.

He had been left out of the lineup for Game 5 of the final by coach Al MacNeil. Feeling insulted and unhappy with the atmosphere on the team, Richard assailed his coach in public, calling him "incompetent."

"I was angry and I said some things I probably shouldn't have said," Richard said in a 2009 interview. "I spoke out because I thought it was necessary. "I'm not saying it's right because it's important to respect the coach, but I just wanted to play hockey."

Two years later, in 1973, Richard won his 11th Cup, his only one as captain of the Canadiens. After his playing career, he worked as a team ambassador.

He is survived by his wife of more than 50 years, Lise; children Michèle, Gilles, Denis, Marie-France and Nathalie; 10 grandchildren and four great-grandchildren.

The Canadian Press contributed to this report.