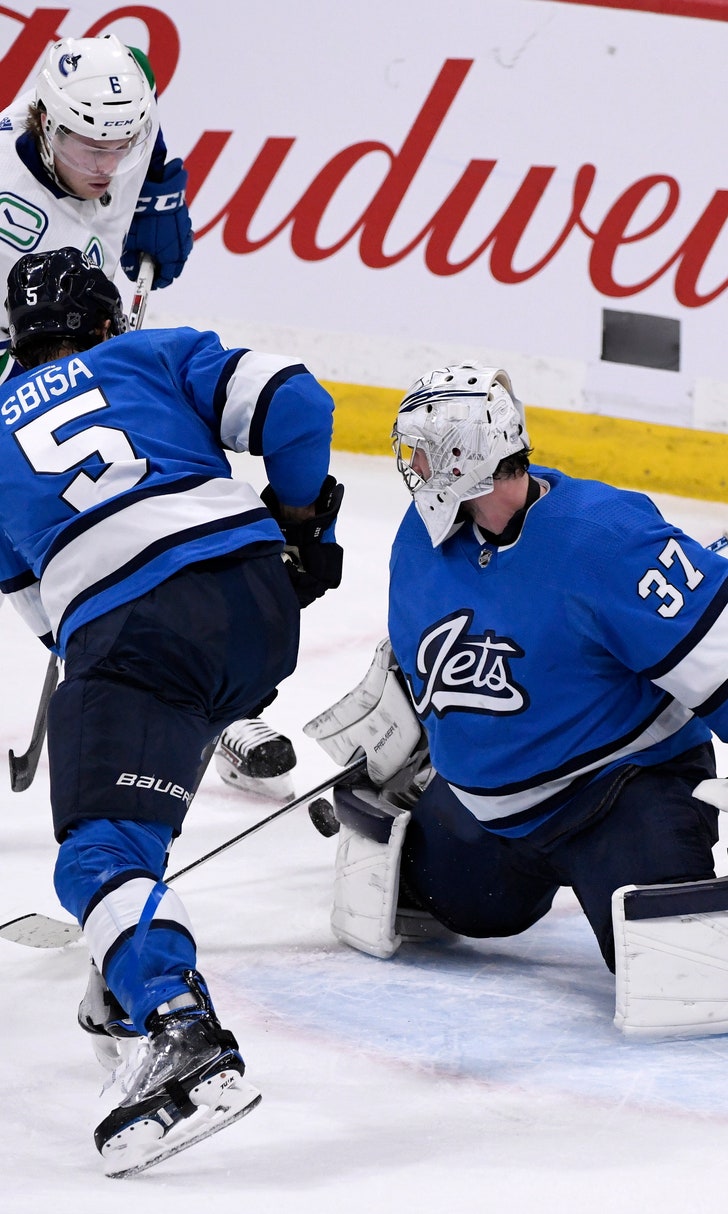 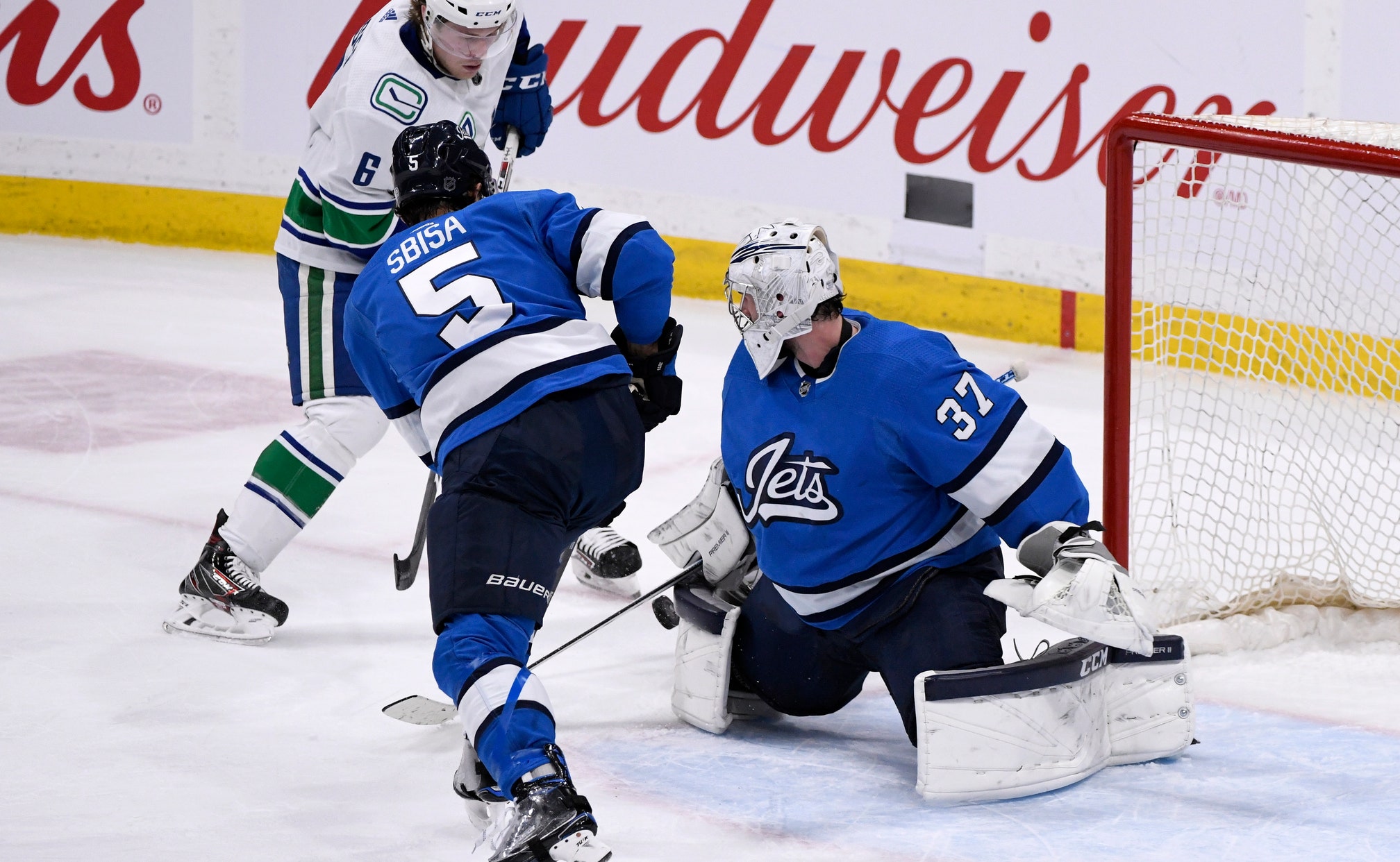 WINNIPEG, Manitoba (AP) — Connor Hellebuyck was happy to get his fourth shutout of the season, but he wished his scoring attempt would have been successful.

Hellebuyck made 41 saves as the Winnipeg Jets ended a six-game losing streak at home with a 4-0 victory over the Vancouver Canucks on Tuesday night. He made some highlight-reel saves, particularly in the third period, but when he tried to shoot the puck down the ice into an empty net at the end Vancouver forward Bo Horvat hit it down with his stick.

“I mean, my heart was racing after that,” Hellebuyck said. “It was my first attempt, so I was trying to settle the puck and it just turned up on me. So I didn’t get everything I wanted on it.

“I don’t think it would have went in, but it’s a stepping stone.”

It was the 18th shutout of Hellebuyck's career and gave him the franchise record, surpassing Ondrej Pavelec.

Jack Roslovic and Blake Wheeler also had a goal each and Patrik Laine picked up a pair of assists for the Jets, who have won their past 10 games against Vancouver.

“After the way that he’s played, he should have ownership of the way that it ends,” Maurice said. “I want him to take that shot.”

Jacob Markstrom stopped 21 of the 24 shots he faced for the Canucks (25-18-4), who have been shut out three times this season.

“I thought we played a really good hockey game,” Vancouver coach Travis Green said. “One might say it was our best game of the trip, really.

“But at this time of the year, as we go down the stretch you're going to have games like this where you play well and you don't win.”

Winnipeg led 2-0 after the first period and 3-0 after two.

The game got off to an unusual start for the Jets, who appeared to score three goals in the span of 37 seconds, but only one counted.

During a wraparound by Jets center Mark Scheifele, the puck went off Vancouver forward Brock Boeser and into the net at 1:18. However, a review showed the net had lifted off its mooring and the puck actually slid under the side of it, so the goal didn't count.

Four seconds later, Connor got a cross-ice pass from Sami Niku and sent a one-timer past Markstrom on the glove side.

Defenseman Anthony Bittetto's point shot went by Markstrom at 1:55, but a Vancouver coach's challenge for offside was successful, so that goal, too, was no good.

"Yeah, a weird start of the game, but I thought we settled in for sure,” Markstrom said. “You can always say we played good, but we didn't win.”

Winnipeg made it 2-0 at 14:24 after Adam Lowry fed a long pass to Roslovic and he went in alone and fired the puck high past Markstrom.

The Jets began the second on the power play after a late first-period Vancouver penalty and made it count with Wheeler's goal at 1:12.

The Canucks had two power plays close together late in the period, but Hellebuyck turned aside a Boeser blast and then a slap shot by Pettersson.

After Horvat hit the crossbar behind Hellebuyck early in the third, the netminder made a number of slick saves. He managed to smother a puck that was sliding around behind him, made a quick glove save on an Adam Gaudette shot, and then splayed out to cover a puck in the last four minutes.

“He was outstanding from the start,” Connor said of Hellebuyck.

As for the goalie's scoring attempt, he was cheering Hellebuyck on to get a goal like Nashville netminder Pekka Rinne did last week.

“I was hoping for it,” Connor said. “Everybody saw Pekka Rinne’s, so yeah. It was funny.”

Notes: Winnipeg defenseman Carl Dahlstrom left the game late in the second with an upper-body injury and didn't return. Maurice said it “isn't going to be short term.” ... The Jets were 0-5-1 during their skid.

Winnipeg wraps up a three-game homestand Friday against Tampa Bay.