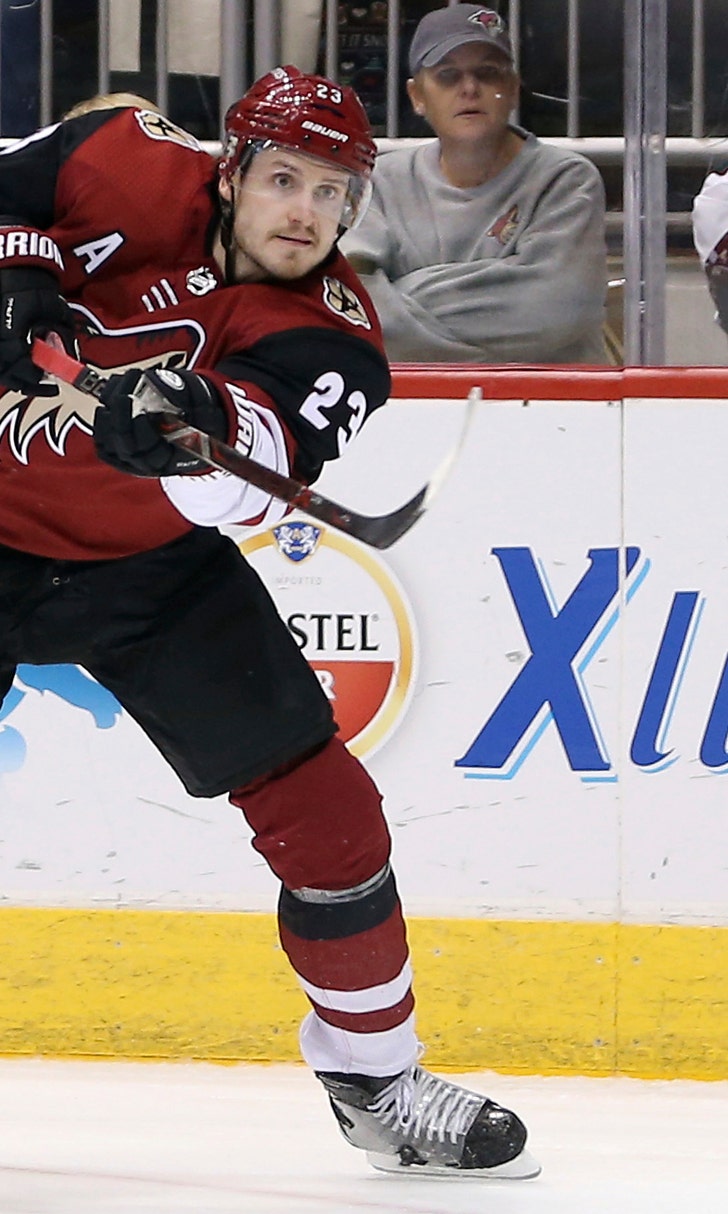 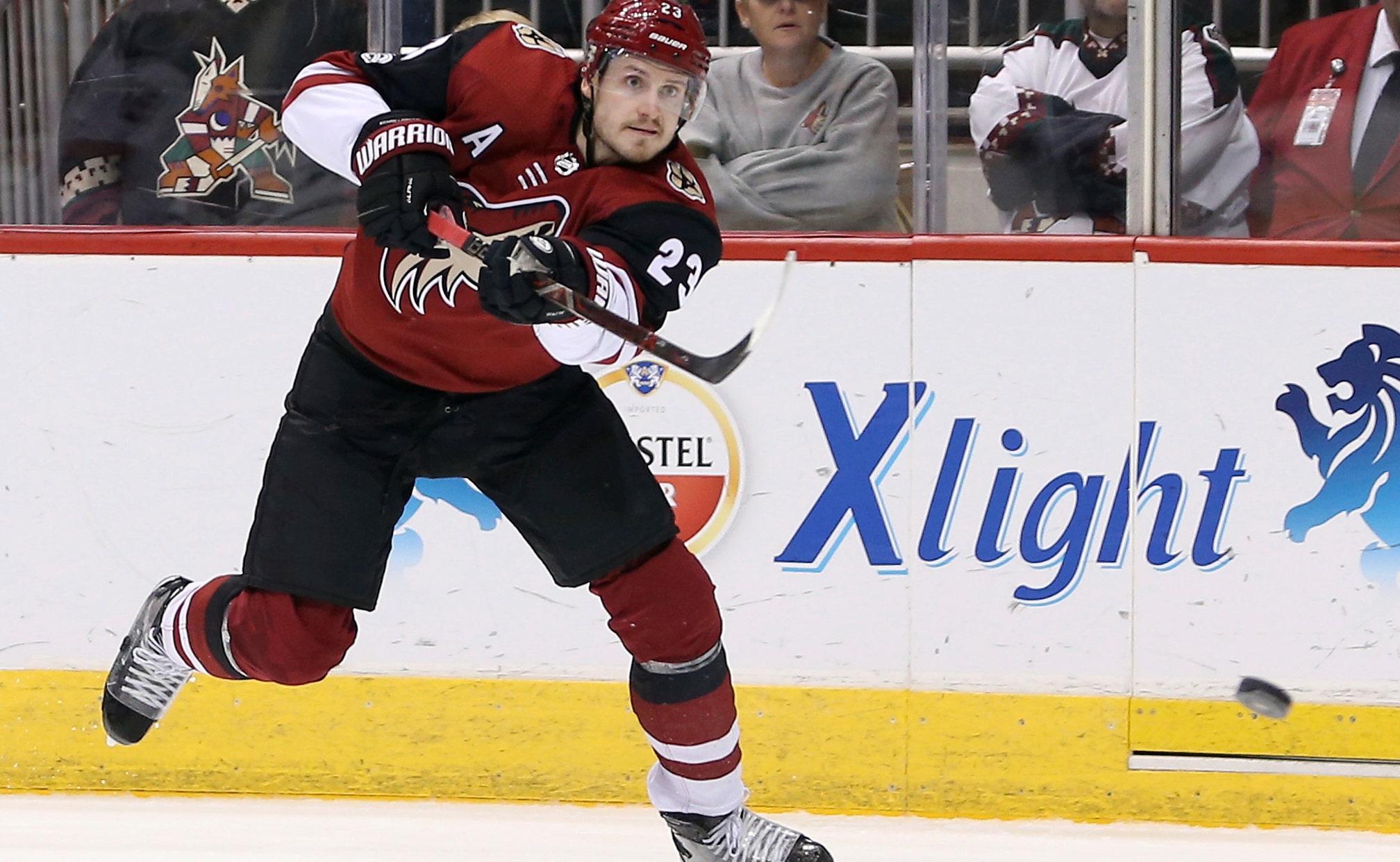 Coyotes looking to build off strong finish in 2017-18

GLENDALE, Ariz. (AP) — The young talent of the Arizona Coyotes had an adjustment period under new coach Rick Tocchet last season. By the time they made it around the learning curve, any thought of the playoffs had long passed.

Backed by the confidence of a strong finish to 2017-18, key additions and a year in Tocchet's system under their skates, the Coyotes are hoping to take a straight line to playoff contention this season.

"This is a franchise that's about to turn a corner," Coyotes President and CEO Ahron Cohen said. "We really see this as a sleeping giant."

A late-season push — 17-9-3— boosted their confidence heading into this season. Those young, talented guys have another year of NHL experience and know Tocchet's system. A string of offseason moves added scoring and depth. A new captain, locked up in a long-term deal, provides stability.

A bid to make the playoffs — or at least be in contention — is not the longshot it's been the past six postseason-less years.

"Obviously you've got a lot more veteran guys, established guys," Coyotes GM John Chayka said. "Our youth has grown up, they've had a year or two years in the league, so you expect that they take that next step."

CAPTAIN OEL: The Coyotes took a big step toward securing their long-term future by signing defenseman Oliver Ekman-Larsson to an eight-year deal that averages $8.25 million per season. The four-time All-Star had already taken more of a leadership role in the wake of Shane Doan's retirement before last season and will be counted on even more after being named captain in preseason camp.

"There's a responsibility that he wants to lead this team into the next level," Tocchet said. "He's also a quality person. Everyone looks at him as a hockey player, but he's a quality person."

THE NEW GUYS: A year after making major roster changes, the Coyotes again were busy during the offseason.

Arizona traded feisty and skilled forward Max Domi to Montreal for Alex Galchenyuk and added wingers Michael Grabner and Vinnie Hinostroza. The moves should give the Coyotes scoring depth, with numerous players capable of putting up 20-goal seasons.

A big key: Keeping them healthy. Galchenyuk, Dylan Strome and Christian Dvorak all battled injuries during preseason camp. Galchenyuk will miss the start of the season and he is week to week with a lower-body injury.

RAANTA'S RETURN: The Coyotes traded for goalie Antti Raanta last season, hoping he would thrive in a No. 1 role. He did — when he was healthy.

Raanta was limited to 47 games last season, but had a winning record, finishing 21-17-6. He had a 2.24 goals-against average and .930 save percentage for a team that gave up plenty of shots, and got better as the season went along.

A healthy Raanta this season could go a long way to keeping Arizona in the playoff picture.

KELLER'S RISE: Forward Clayton Keller got his rookie season off to a fast start, cooled off and finished with a flourish. He was a Calder Trophy finalist and finished the season with 23 goals and 42 assists. The key for his sophomore season: Becoming more consistent.

"Any NHL player — the guy is turning 20 years old — consistency is key," Tocchet said. "I'm not saying he's inconsistent, but the great ones have a bad night and usually the next night they bounce back. That's one of the things he's probably going to learn."