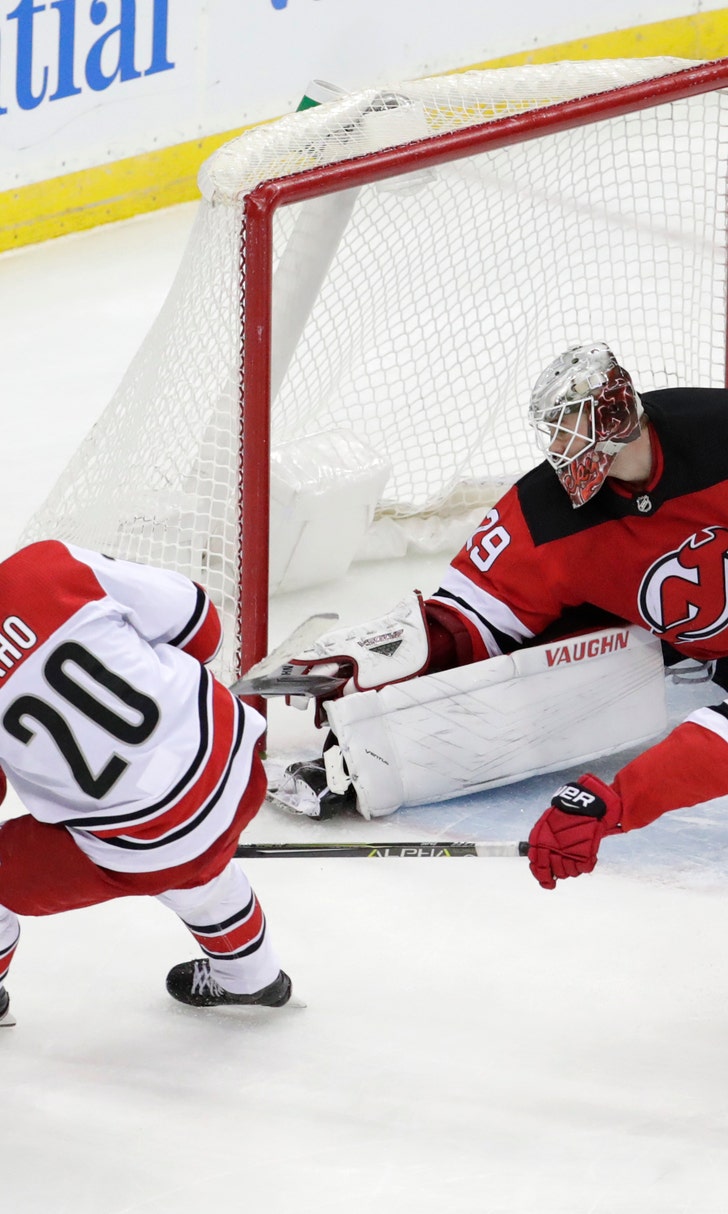 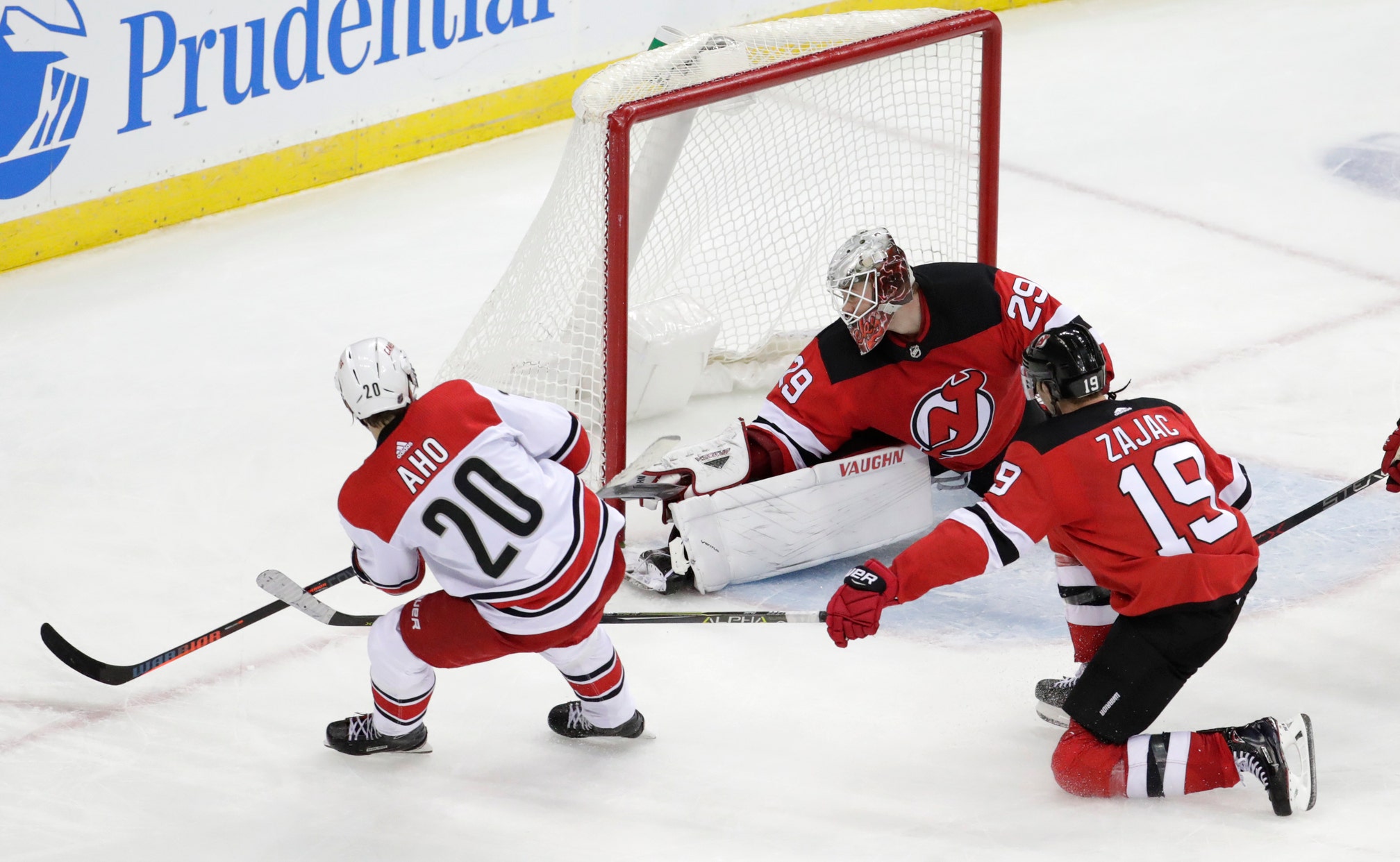 NEWARK, N.J. (AP) — Goaltending has been a soft spot for the New Jersey Devils as they tumbled into last place in the Eastern Conference.

Rookie Mackenzie Blackwood might be the solution as they try to climb back into the playoff chase.

Blackwood stopped 37 shots for his first shutout and Pavel Zacha scored short-handed as the Devils beat the Carolina Hurricanes 2-0 on Saturday.

It was the second straight victory for Blackwood, giving the Devils their first two-game winning streak since Nov. 13-15.

"It's huge," said Blackwood. "It's awesome. Everyone dreams about this kind of stuff. The challenge here is to just keep going, keep moving forward, keep having success."

The Devils certainly hope so. They are without Cory Schneider who remains sidelined with an abdominal strain. Keith Kinkaid, who helped backstop the Devils last season to their first playoff appearance in six years, hasn't been as effective with a 12-10-6 record.

Andy Greene added an empty-netter to seal the win with Zacha picking up an assist.

Curtis McElhinney made 28 saves for the Hurricanes who have lost four of their last five.

Once again, the power play fizzled for the Hurricanes. They went 0 for 5 with the man advantage, and have not scored a power-play goal in six straight games.

"It's really frustrating," Sebastian Aho said. "All those chances and you just can't score to help your team win. When you're on the first power-play unit, it's you job to score those goals."

Zacha broke a scoreless deadlock with 36 seconds left in the second period. He poked the puck away from Carolina's Justin Faulk and sped into the Hurricanes' zone. McElhinney made the initial stop and Zacha stayed with the play to collar the rebound and flip it into the net.

"On the breakaway, I was trying to see what the goalie does but the puck was a little bit wobbly there, so I tried to shoot it," Zacha said. "I was lucky I got a rebound back."

Carolina pressed for the equalizer in the third but couldn't beat Blackwood. He stoned Aho with a pad save with about six minutes left to preserve the shutout.

Teuvo Teravainen seemingly netted the tying goal with 1:58 left only to have the goal waved off for accidental goalie interference. The Hurricanes appealed the call, which was upheld by the video review.

"I had no idea what was going to happen there," Blackwood said. "You never know the way those go. It was fortunate enough to get waved off, and the boys battled all the way."

"It's upsetting. Very upsetting," Williams said. "That's how we have to score goals. Getting to the net and screening goaltenders. I was in front of the net. I didn't feel him touch me and I didn't feel I touched him."

The Hurricanes outshot the Devils 13-9 in the first period with most coming from the point or the perimeter. In the final seconds, Teravainen had one of the few good in-close chances, only to be denied by Blackwood.

NOTES: Both teams were missing important forwards. For the Devils, Taylor Hall, last season's Hart Trophy winner sat out a second straight contest with a lower-body injury. Jordan Staal remained sidelined for a third game for the Hurricanes with an upper body injury. ... The game was delayed briefly in the first period when linesman Tim Nowak was struck by the puck and needed attention. He remained in the game. ... The goal light in one end of the Prudential Center repeatedly malfunctioned, flashing when there was no puck in the net.