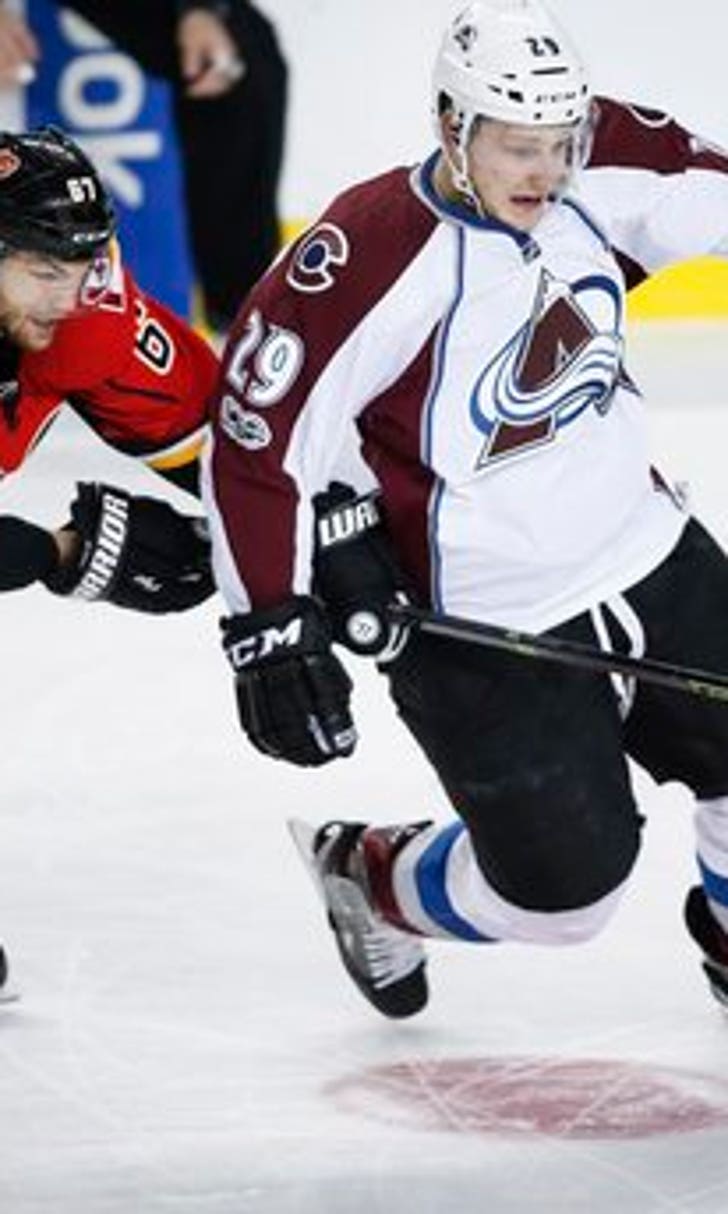 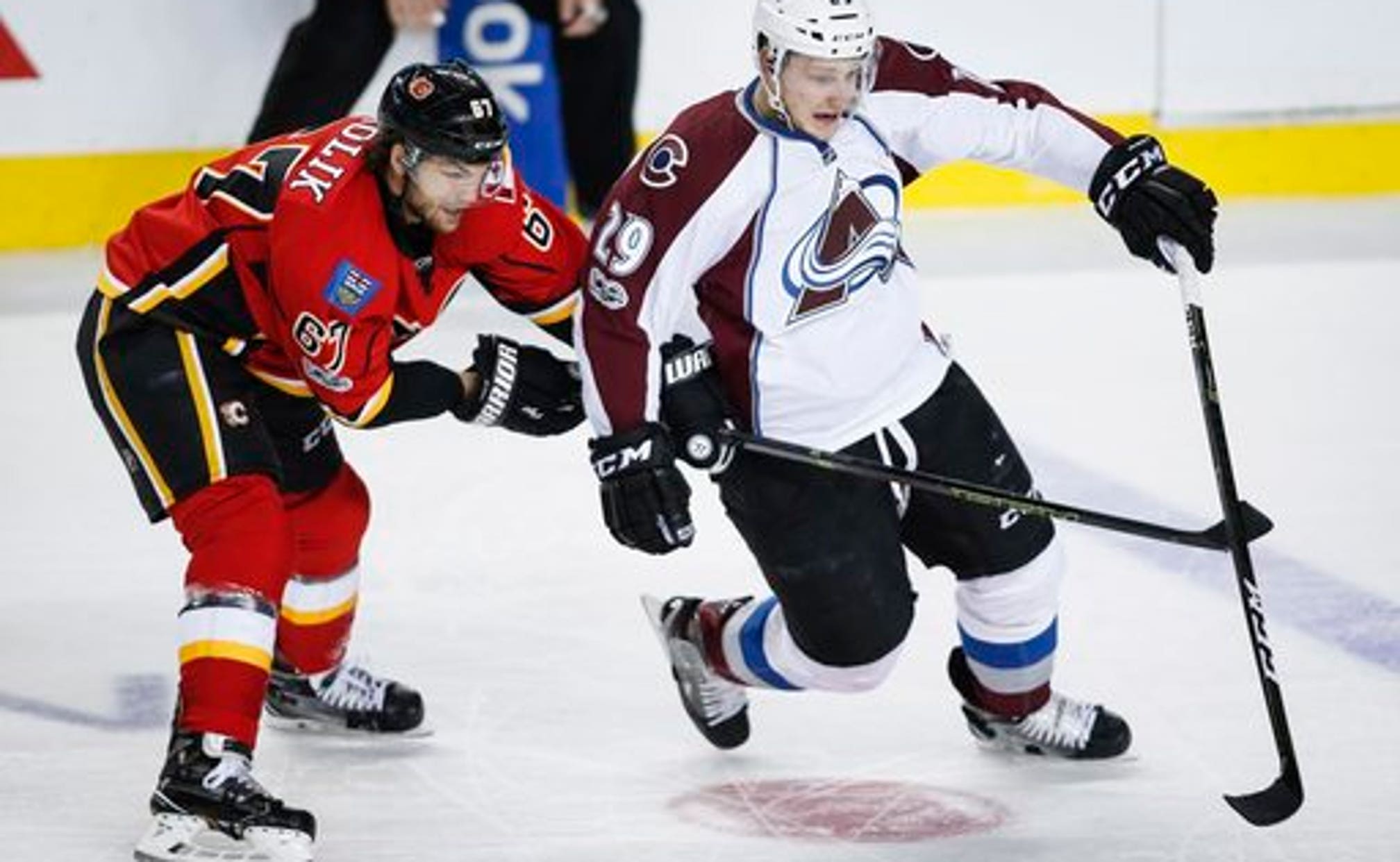 CALGARY, Alberta (AP) Mikael Backlund continues to be get results in his two-way game.

Backlund scored for the fifth consecutive game, leading the Calgary Flames to a 4-1 victory over the Colorado Avalanche 4-1 on Wednesday night.

''My whole line have been playing really well,'' said Backlund, who got his 200th career point. ''When you get rewarded, the extra confidence jumps a little bit. I think we've been creating lots the whole year.''

Backlund made it six goals in his last five games with 2:40 left in the second period for a 2-0 lead. Giordano's shot was stopped by Pickard but the rebound popped into the slot where Backlund buried his team-leading 12th of the season.

It is the longest goal streak for the Flames since Curtis Glencross scored in seven consecutive games from Feb. 27 to March 11, 2012.

''He's confident and everything that he's putting towards the net is going in,'' Calgary coach Glen Gulutzan said. ''He's getting rewarded for the work he's done prior. That line, they've played 200-foot hockey the right way from training camp until now.''

Backlund has played all season with Michael Frolik on right wing. For the past two months, rookie Matthew Tkachuk has played on the left side. With an assist, the 19-year-old has a six-game scoring streak going (one goal, six assists).

Alex Chiasson had a goal and an assist and Kris Versteeg and Johnny Gaudreau also scored for Calgary. Mark Giordano, TJ Brodie and Sean Monahan had two assists each.

Brian Elliott's bid for his first shutout of the season ended when Patrick Wiercioch scored with 1:25 left in the third period. Elliott finished with 17 saves to win his fifth straight start and improve to 8-9-1.

Calvin Pickard stopped 33 shots for the Avalanche, who have lost five straight and 10 of 11.

''We made stupid mistakes again,'' said former Flames forward Joe Colborne. ''We keep talking about it and we don't execute. We shoot ourselves in the foot by taking penalties. It's frustrating.''

Versteeg got the Flames on the scoreboard with 4:35 left in the first as his shot from the slot caromed in off Fedor Tyutin's skate 9 seconds into Calgary's first power play.

Just 43 seconds after Chiasson made it 3-0 with 6:35 left in the third, Calgary made it three power play goals when Gaudreau faked out Pickard and stuffed the puck inside the goal post.

''Special teams were a big part of the game obviously,'' Colorado coach Jared Bednar said. ''We've been undisciplined with our sticks and tonight you didn't see much different and it ended up costing us a hockey game.''

''After 40 minutes, not the best 5-on-5 game we played all year, but we're coming into the third with a 2-0 lead thanks to two power play goals. Special teams are huge in this league and our power play has been great,'' said Chiasson.

Colorado's best spurt came midway through the second period while down 1-0 when they had a pair of 2-on-1s just minutes apart. But neither resulted in a shot. Mikael Grigorenko fired Colborne's set-up wide on the first. Then, Mikko Rantanen fired a shot off the post after a nice pass from Nathan MacKinnon.

NOTES: Backlund's goal was his 200th NHL point. ... Backlund ties Dallas' Patrick Eaves and Pittsburgh's Sidney Crosby for the second-longest goal-scoring streak this season. Nashville's James Neal had a six-game run in November. ... Freddie Hamilton drew into the Flames' lineup for the first time since Dec. 2. ... Since his opening-game hat trick, Colborne has gone 29 games without a goal.

Flames: At Vancouver on Friday night to start a home-and-home set on consecutive nights.

T.J. Brodie
share story
those were the latest stories
Want to see more?
View All Stories
Fox Sports™ and © 2020 Fox Media LLC and Fox Sports Interactive Media, LLC. All rights reserved. Use of this website (including any and all parts and components) constitutes your acceptance of these Terms of Use and Updated Privacy Policy. Advertising Choices. Do Not Sell my Personal Info