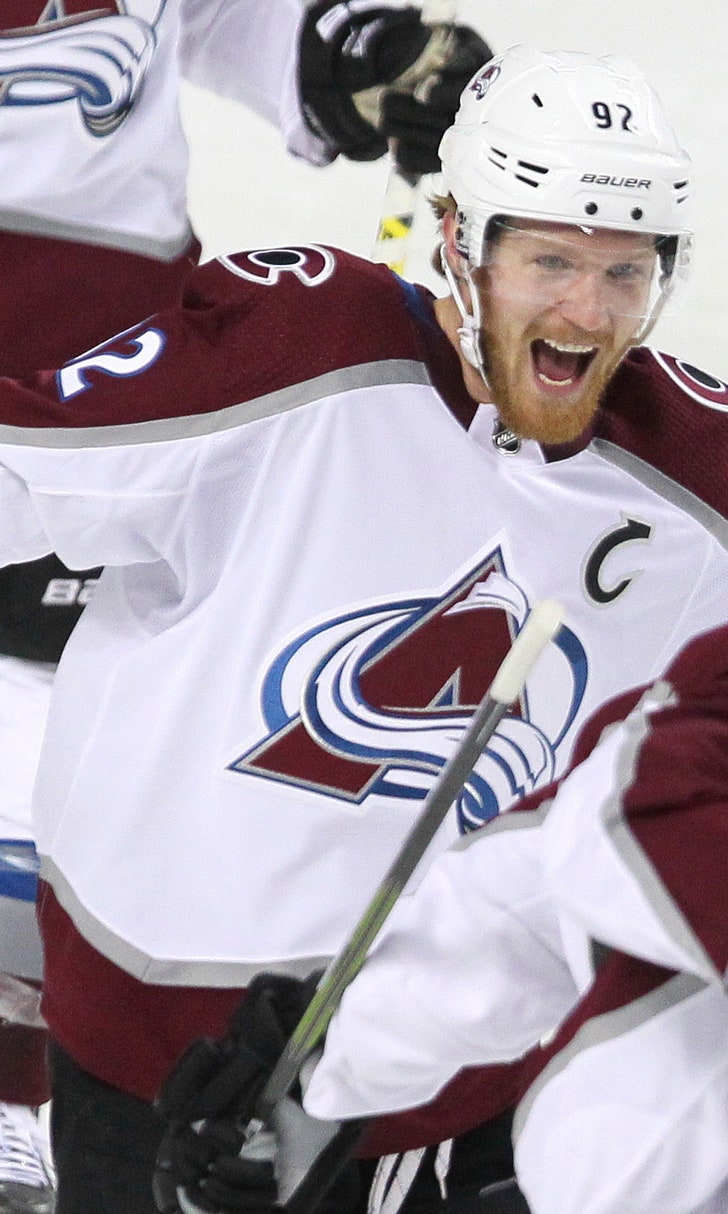 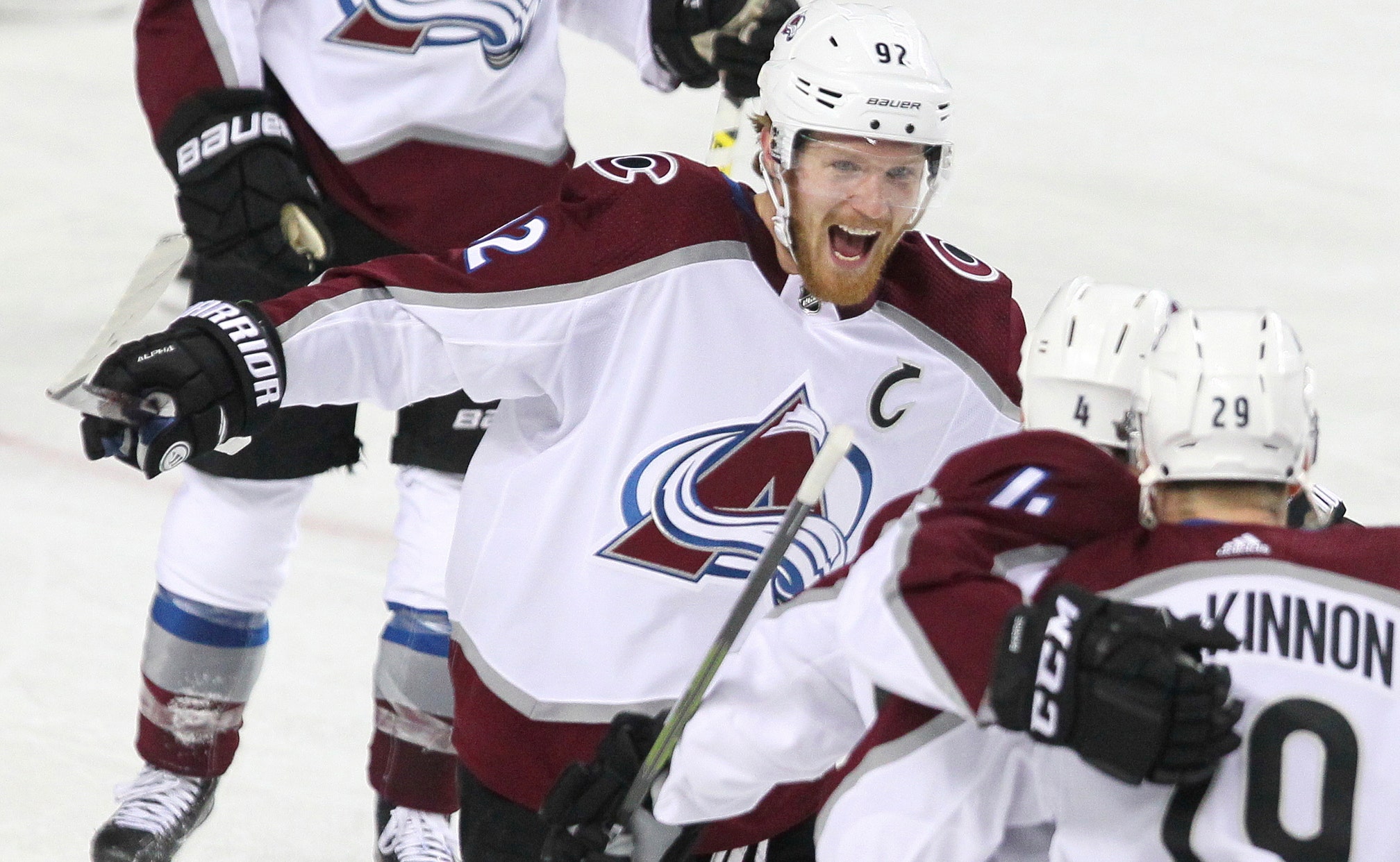 Avalanche finish off Flames in Game 5, advance to 2nd round

CALGARY, Alberta (AP) — Colin Wilson and Mikko Rantanen each had two goals and an assist, and the Colorado Avalanche beat the Calgary Flames 5-1 in Game 5 Friday night to advance to the second round.

Gabriel Landeskog also scored, and Nathan MacKinnon and Tyson Barrie each had three assists as the Avalanche won a playoff series for the first time since 2008. Philipp Grubauer stopped 28 shots and a penalty shot by Johnny Gaudreau in the first period.

T.J. Brodie scored for the Flames, and Mike Smith finished with 27 saves.

The Flames' ouster marked the first time both conferences top seeds were eliminated in the first round. East-leading Tampa Bay, which won the Presidents' Trophy with the league's best record, was swept by Columbus.

BOSTON (AP) — Auston Matthews and Kasperi Kapanen scored in the third period, and Toronto held on to take a 3-2 lead in their first-round playoff series.

With the goalie pulled for an extra skater, David Krejci got the Bruins on the board with 43.7 seconds left, but Boston couldn't tie it up.

The Maple Leafs, who have alternated wins and losses in the first five games, now have a chance to close out the series when it shifts back to Toronto for Game 6 on Sunday.