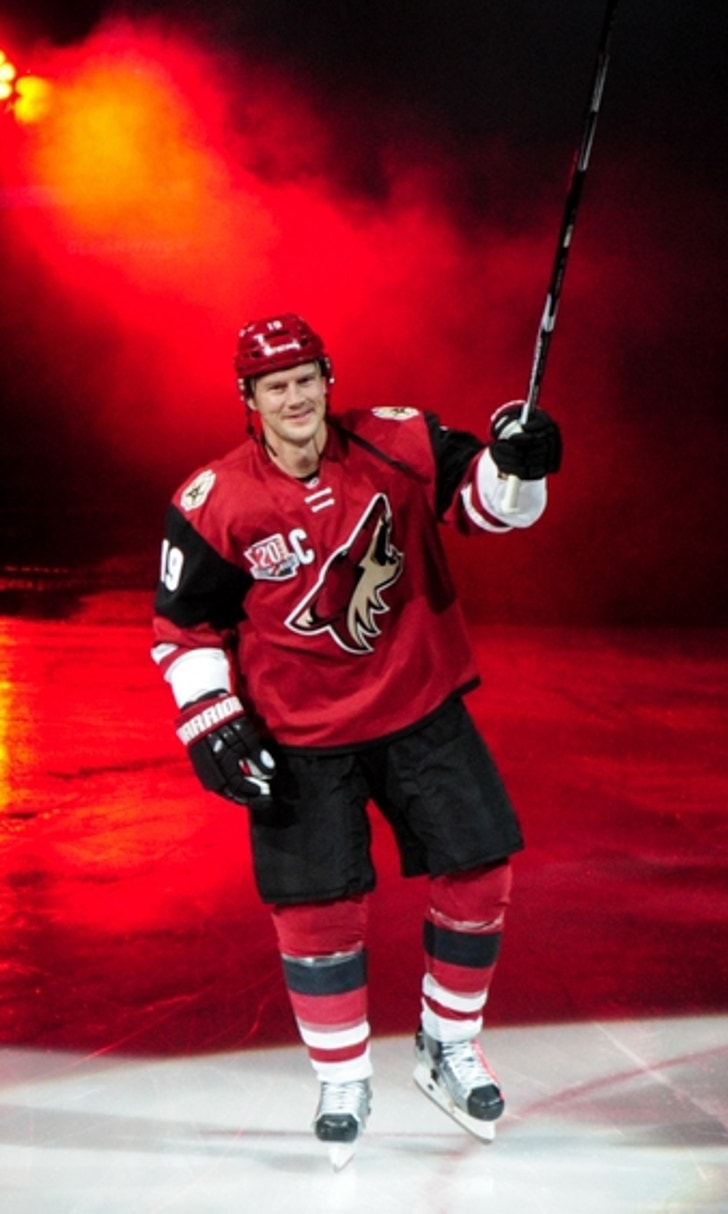 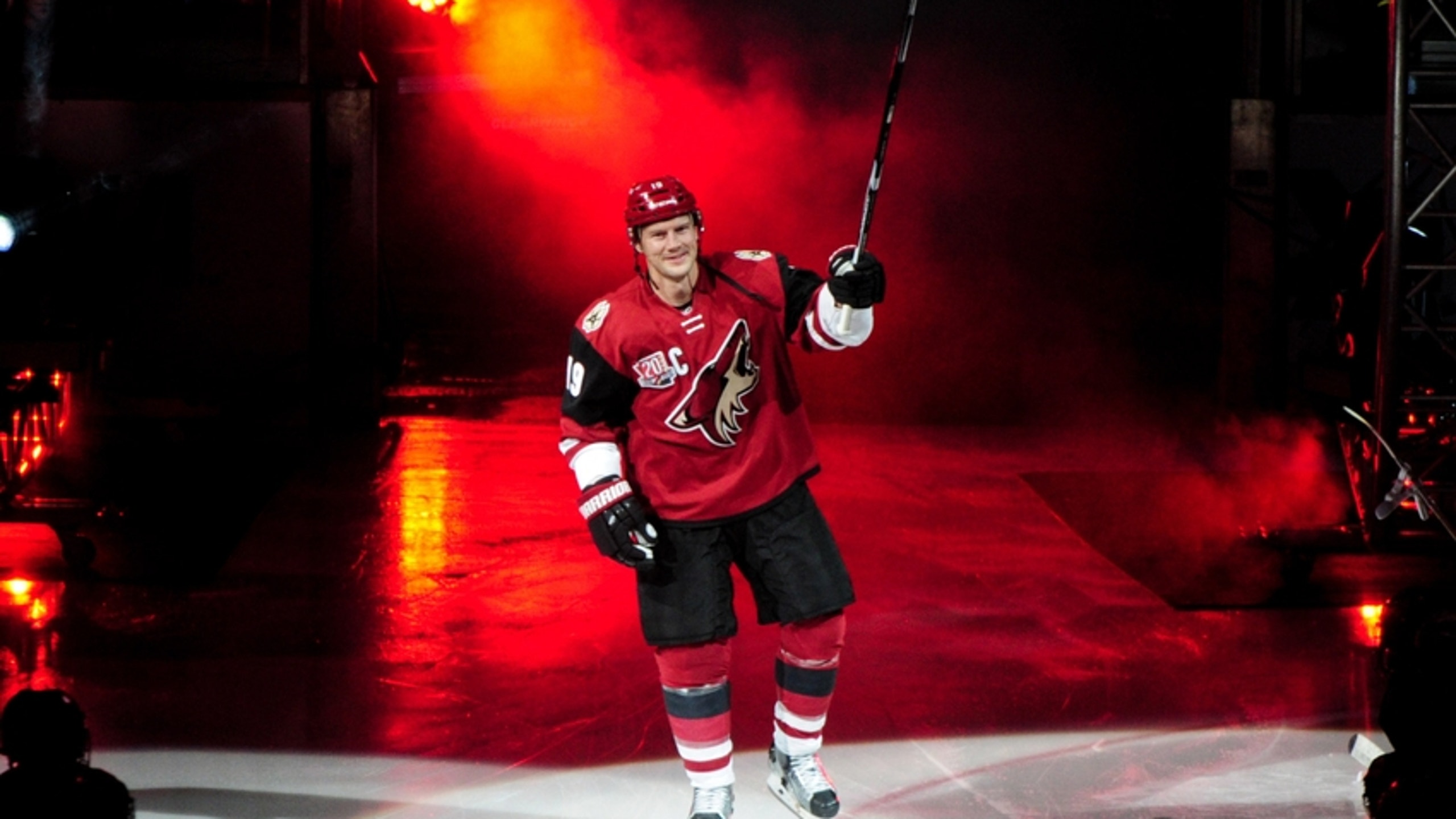 BY Fansided and Jason Harrison/FanSided via Howlin' Hockey • December 24, 2016
share

On the night he played his 1500th game with the Arizona Coyotes, Shane Doan also scored his 400th career goal.

Shane Doan continues to add to his ledger with the Arizona Coyotes.

On the night when hockey in the desert came full circle with Auston Matthews‘ first professional game on Gila River Arena ice, the captain achieved a few milestones of his own.

More importantly, he did it all with the same franchise.

He took a semi-ceremonial face-off against Matthews to kick off the game, a nod from head coaches Dave Tippett and Mike Babcock to the importance of Doan’s legacy and his impact on the first overall pick from 2016 lined up across from him.

The festivities didn’t result in a win for the good guys, but it wasn’t for lack of trying by Doaner.

Late in the second period, Shane Doan took a nifty pass from Connor Murphy and put it past Frederik Andersen for goal number 400.

Couldn’t have scripted it any better. pic.twitter.com/FzbKPDtUoz

The only two ways Doan’s 400th goal could’ve been better would have been if they had involved the Arizona Coyotes’ kids:

1) If he was once again assisted by Max Domi for a milestone goal, or 2) it had been Auston Matthews himself who assisted on the the big goal, in an alternate reality.

Unfortunately neither of those came to pass, so Murphy and Peter Holland will have to do.

Considering the scope of the impact of Shane Doan on hockey in the desert, the drum beat will no doubt continue for their to be a smiling #19 statue standing outside of the future Tempe arena.

His legacy is on display every time the team plays a home game at Gila River Arena.

Doubly so on Friday night, when a kid who grew up idolizing him lined up across from him at center ice for the opening face-off.

Matthews might be the new face of hockey in the desert, broadcasting our virtues to a wider audience, but Doan will always be the pillar on which this franchise and hockey movement was built.

Look at that lopsided grin.

…and still the best captain in the National Hockey League.