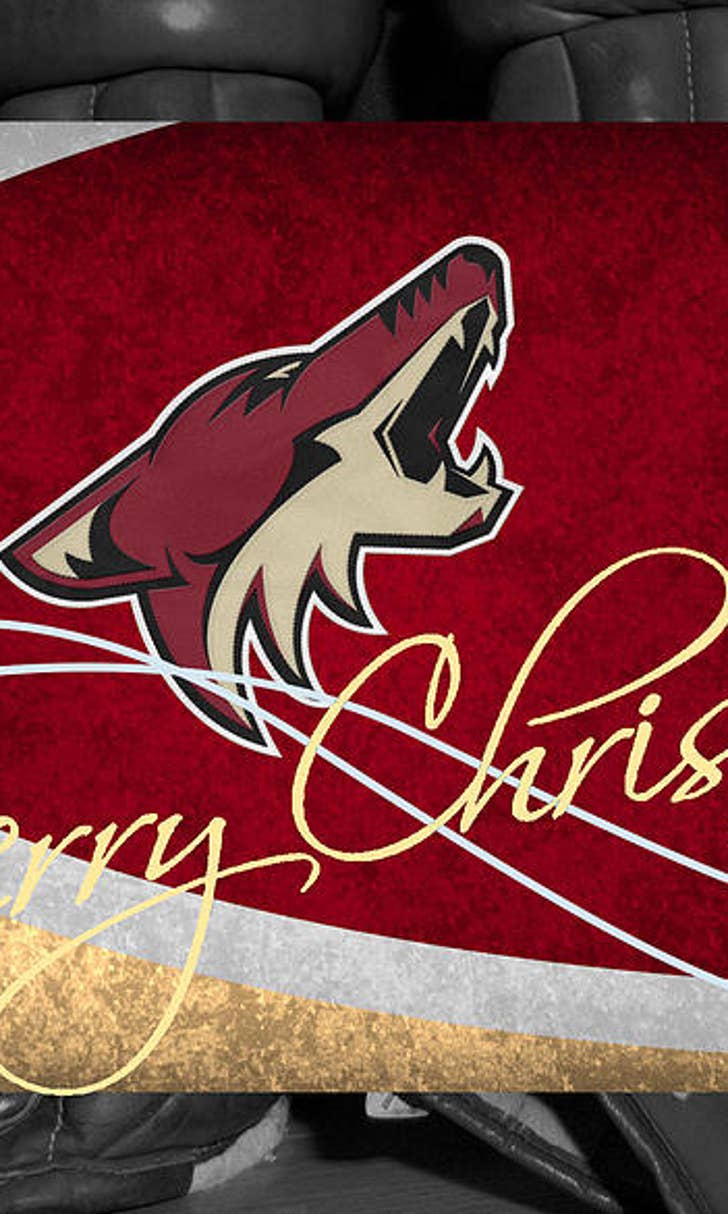 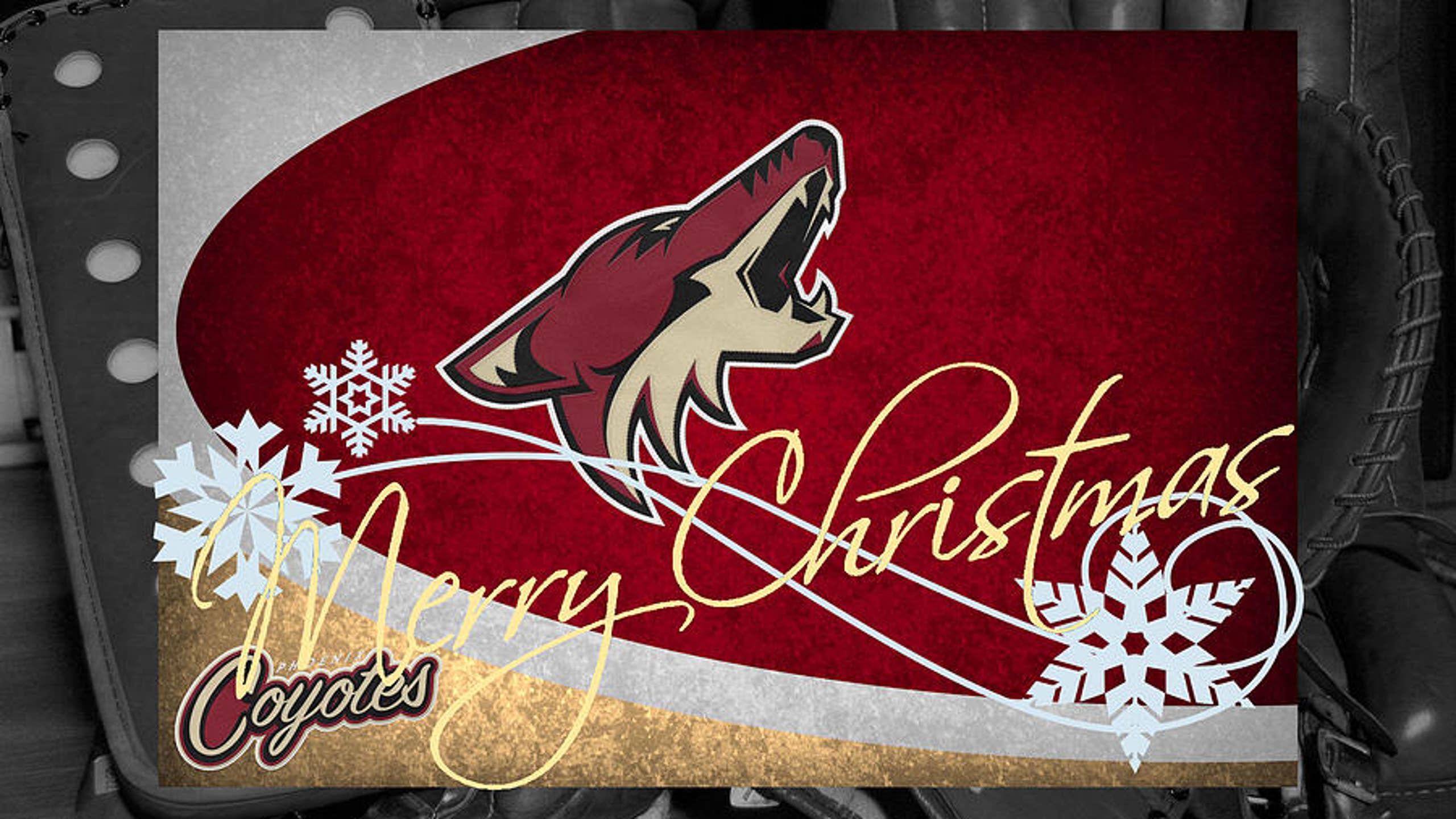 BY Fansided and Vincent Benedict/FanSided via Howlin' Hockey • December 17, 2016
share The Arizona Coyotes are battling their way through December while the rest of us battle our way to a holiday break. To celebrate the season, it’s the Coyotes’ 12 Days of Christmas.

It’s December and the Arizona Coyotes are on the ice on a regular basis.

That also means it’s holiday time. We thought we’d tackle that with a little festive creativity.

As you read this post please feel free to sing it in your head, or aloud, especially if you are at work.

So let’s sit back relax and sing read along to the the Coyotes 12 Days of Christmas.

Yes, Winnipeg is back in the NHL now after the Atlanta Thrashers failed to work out.

Once upon time, however, the Winnipeg Jets name settled down for a long winter’s nap and moved their franchise to Phoenix and became the Coyotes, although the franchise kept it’s history in tact.

So any Jets records before 1996 are technically Coyotes franchise records, though the new Jets franchise also claims said records. Confusing.

Anyway, thank you Winnipeg because 20 years later we are still going strong.

On the second day of Christmas the Coyotes gave to me… two Shane Doan hat tricks!

It took most of a very long career, but Shane Doan’s first hat trick came on January 7th of 2012 against the New York Islanders. He had 2 goals up until 0.1 before the final buzzer.  Somehow Doan just gets the puck across the line in time to record his third goal of the game.

The second came against the Blackhawks in 2015.

It also resulted in this little salute from the Arizona Coyotes’ faithful, which was awesome.

On the third day of Christmas the Coyotes gave to me…third overall pick we picked Dylan Strome.

Dylan Strome might have been sent back to the Erie Otters in his first NHL season, however he is tearing it up down there.

Now we need to give him the experience.

Unfortunately, Strome may be the center Arizona deserves, but not the one it needs right now. Is this the gift that every Arizona Coyotes fan would like to return?

It didn’t go as well as anyone hoped, but at least we had the greatest hockey player of all time in the Valley of the Sun for awhile.

Gretzky went 143-161-24 as head coach, but unlike in his playing days he was missing talent.

When the Coyotes first arrived in Phoenix, they arrived with embodiment of the 90’s on their sweater. The variety of color used could have been better suited for a music video than a hockey uniform.

However like all things 90’s nowadays it has comeback as a lovable logo into the rotation.

They have utilized several logos in their time in the Valley.

The first was the Kachina logo with a full body Coyote goalie. The second was a large Coyote terminator face logo.

As for three and four they finally went to an updated look with a clean Coyote head. The Coyote head had a minor adjustment in the angle so that is included as the fourth.

And the fifth sweater logo they donned was when the unveiled black alternate uniforms that had a swift running Coyote logo across the chest.

The Captain, who is surely to be immortalized outside of the new arena in Tempe, holds six franchise records.

The guy has only been around 21 short years to accomplish all this.

Well maybe, maybe not. And definitely not for awhile.

I fully expect Auston Matthews who hails from Scottsdale, AZ to pull a LeBron James and tell Arizona he’s coming home to win one for his home town.

I also fully expect Matthews won’t have an ESPN special to announce his decision.

May 13, 2012; Glendale, AZ, USA; Overall view prior to the game one of the Western Conference finals of the 2012 Stanley Cup Playoffs at Jobing.com Arena. The Kings defeated the Coyotes 4-2. Mandatory Credit: Jennifer Stewart-USA TODAY Sports

Since moving to the Valley of the Sun the Coyotes have been to the playoffs eight times.

Most recently and most notably was when they made it to the Western Conference Finals in 2012.

That would be a nice sight this year at Gila River Arena.

Dec 4, 2016; Chicago, IL, USA; A general shot of a statue of former Chicago Blackhawks player and NHL hall of fame member Bobby Hull covered in snow outside the United Center prior to a game against the Winnipeg Jets. Mandatory Credit: Dennis Wierzbicki-USA TODAY Sports

Bobby Hull wore #9 famously for the Winnipeg Jets and the Chicago Blackhawks.

However, his son infamously wore the number as a Coyote.

The Jets had retired the number nine in honor of Bobby’s contributions to the team, ergo the Coyotes had it retired as well as it is technically the same franchise.

When Brett Hull signed with the Coyotes in 2005, they unretired the number so Brett could wear it on the ice.

This gift is like one that is given at a white elephant party.

So far this season Anthony Duclair has been a bit of a gag gift.

A gag gift with potential, yes, but nonetheless if you walked away from a general manager’s Christmas with this one you might be on the verge of tears.

This lovable Coyote debuted 11 years ago and has been entertaining ever since.

From on the ice to off of it, Howler shows up pretty much everywhere in the Valley.

He is always high fiving and hugging. He’s great with kids too.

When Paul Bissonnette checked in on the ice, one of two things would occur.

The first was that he was intent on fighting you.

The second was that you were intent on fighting him.

The Coyotes enforcer was a fan favorite and he contributed 7 goals in his tenure with the team.

And so we present the Arizona Coyotes’ 12 Days of Christmas

Here we go! All together now for the finale!

On twelfth day of Christmas the Coyotes gave to me…

and a Jets franchise in the Valley….