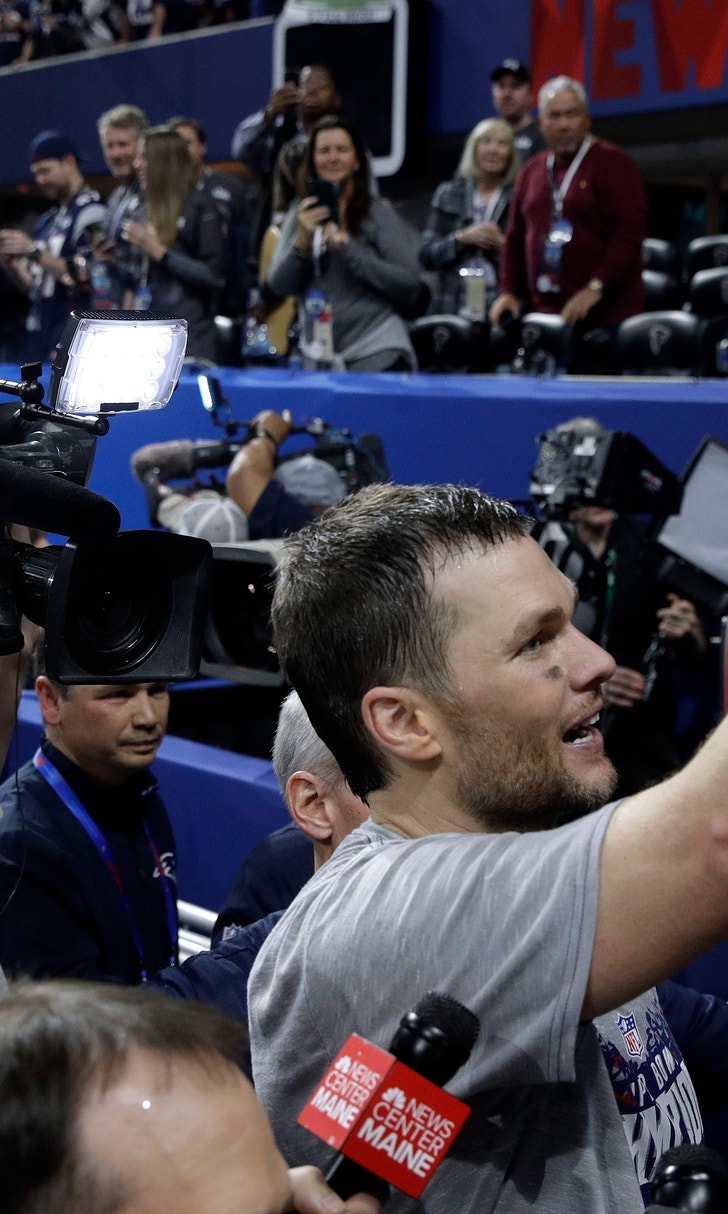 previous story
Italy call-up but no record for Quagliarella
next story
UConn falls to 5th in women’s AP Top 25; Louisville is No. 2

With surgical precision, Patriots cause a whole lot of pain

ATLANTA (AP) — There's something surgical about the Patriots' dynasty that has made the rest of the NFL reel for nearly two decades.

They are 6-3 in Super Bowls in Bill Belichick's reign and with Tom Brady doing the clutch work. Yet the overall points for those games, dating to 2002, stand at 215 for New England, 201 for the opposition.

They began this unprecedented run using a bruising defense that turned the Rams' Greatest Show on Turf into a tentative outfit that at times looked intimidated 17 years ago. On Sunday night, they brought it all full circle with a masterful defensive performance that humbled the Rams once more, even more so.

The Patriots take down opponents in the most painful ways, whether in shootouts like against Carolina and Atlanta, or in comebacks — Atlanta again, and Seattle. While it's always foolish to get into a tit-for-tat scoring binge with Brady, the 13-3 victory over Los Angeles proved the Pats can do the dirty work, win in the trenches and still survive.

It's maddening for the rest of the NFL. It's maddening for so much of America that wants to see someone — anyone else — shut down this show. It leads to Patriots haters noting that one of the worst officiating errors in NFL history cost the rightful NFC champions, the Saints, a shot at New England. Or that coin tosses have handed the Patriots the ball in a Super Bowl and a conference title game overtime, and eventually they were lifting the Lombardi Trophy.

No matter where football fans outside the New England base turn, however, the finish often hurts.

Wide receiver Chris Hogan, who has been to Super Bowls in all three of his seasons in New England, explains it well.

The Patriots have been in every position before. So when they need to rely on Brady to light up the scoreboard, they can. And if the game environment calls for grinding it out, they can.

One thing they never do is back off. In their losses to the Giants and Eagles in the Super Bowl, the Patriots remained aggressive. So did the opponent, though, and New York and Philadelphia simply made more key plays. Perhaps only one more key play, but that was enough.

When the Seahawks and Falcons lifted off the accelerator — or made unwise strategic moves — New England swooped in.

The decisive drive in the fourth quarter Sunday night was typical of the clinical manner in which they keep winning. Sloppy, particularly on third downs, and even a tad frustrated by the 3-3 score, they put together a classic drive: five plays, four of them passes, for 69 yards, capped by rookie Sony Michel's 2-yard touchdown run.

Brady went to his meal tickets and they ate up an LA defense that had been relatively staunch. An 18-yard pass to Rob Gronkowski, followed by 13 yards to game MVP Julian Edelman.

Then a 7-yarder to Rex Burkhead led to a play that causes every defensive coordinator to lose sleep: Gronk going deep and overpowering as well as outreaching defenders — in this case double coverage — for 29 yards to the 2.

Once Michel scored, it seemed inevitable the Rams would find nothing but disappointment the rest of the way.

Leave it to Gronkowski to sum up what at some points looked like a so-so season for the Patriots. Yet there they were, at the summit again.

"I'll tell you this, it was the most satisfying year I've ever been a part of," said the star tight end who just might have played his last game; he's contemplating retirement, as he did last year before returning. "How we came together, the obstacles we had to overcome, the grind from the beginning of training camp to now. That was our identity; wear the other team out.

"We weren't making big, flashy plays all the time ... but we stuck together, we grinded, ran the ball.

And the rest of the NFL writhes in pain.