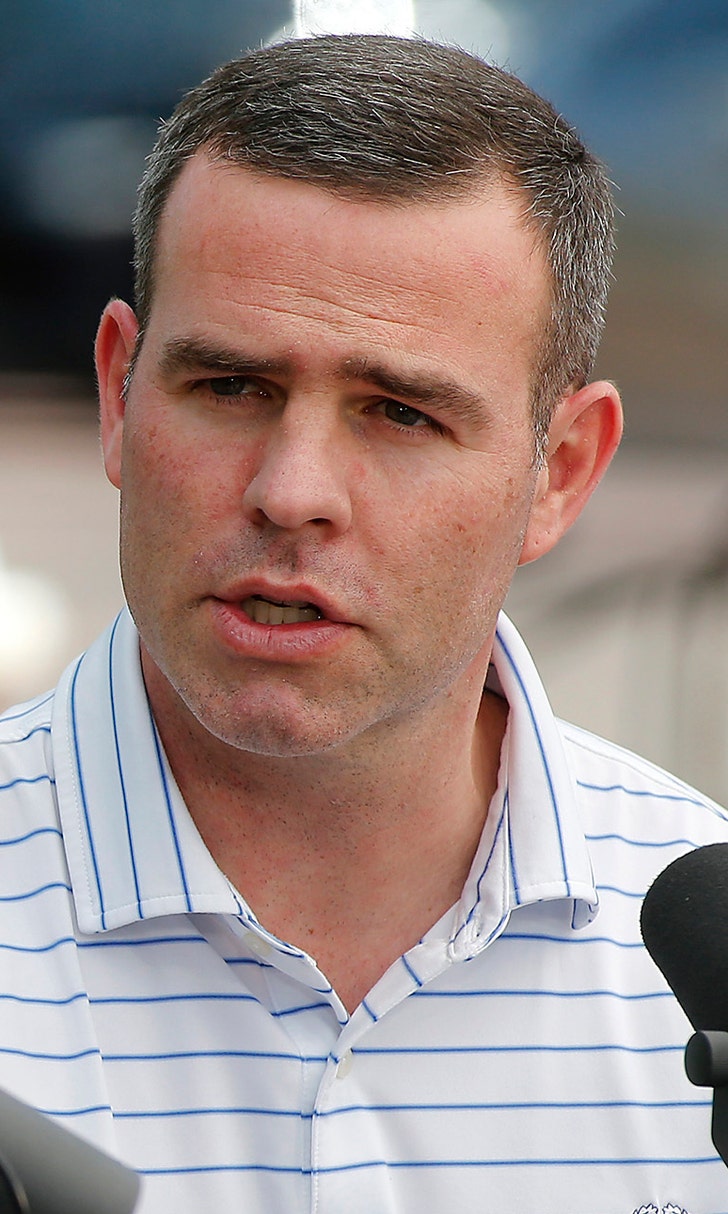 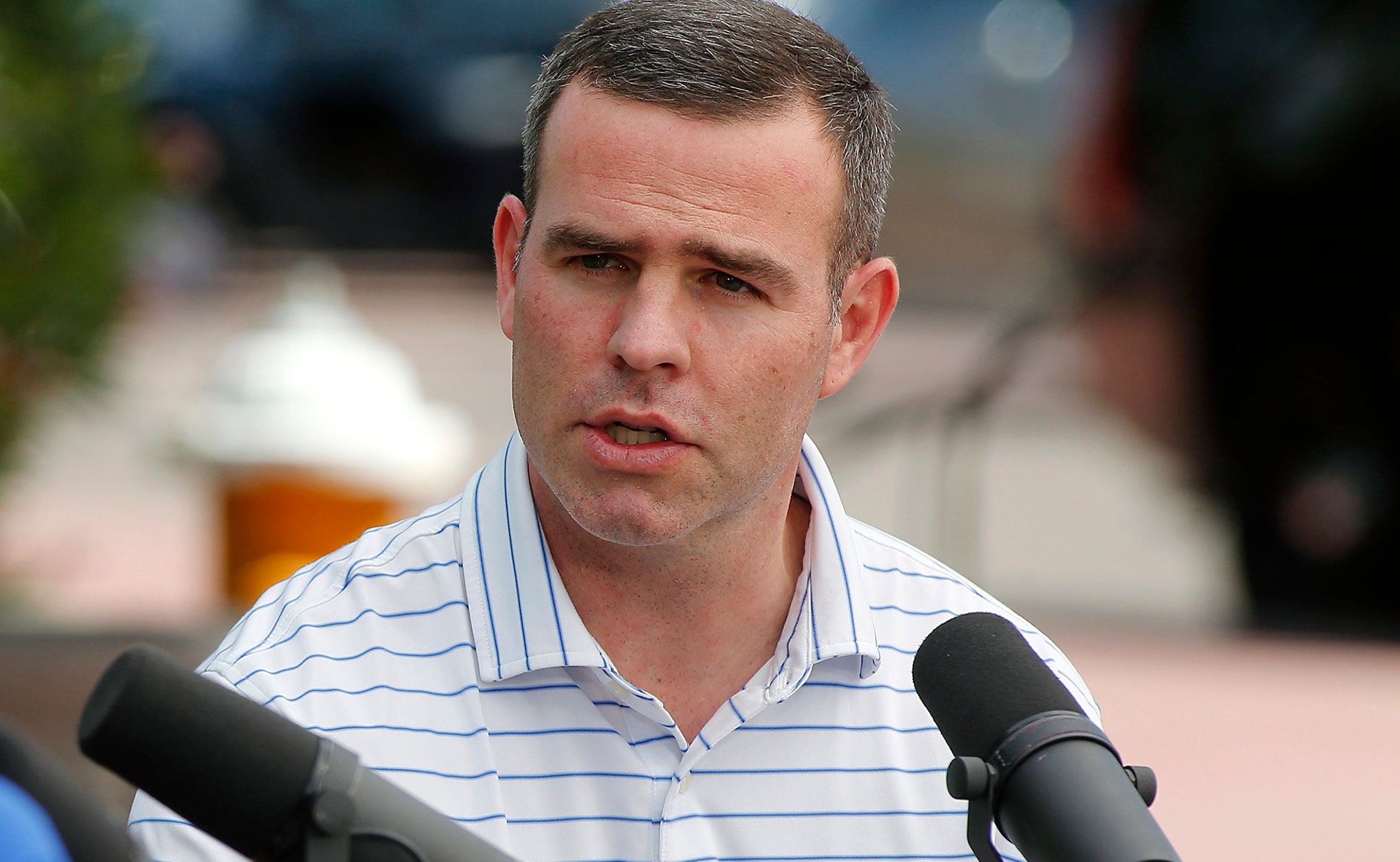 With most spots filled, Bills shore up backup needs in draft

BUFFALO, N.Y. (AP) — Brandon Beane joked he would’ve lost a bet on whether the Buffalo Bills would fail to make a trade during the NFL draft.

“I just felt like he was too good of a value to pass up,” Beane said during a video conference call Saturday in referring to selecting Fromm with the 167th pick.

Fromm’s addition, however, highlighted the patient approach he took toward the draft, which the Bills began by sitting out the first round after trading their top pick to acquire receiver Stefon Diggs from Minnesota.

With limited assets to deal, and a roster mostly set following Buffalo’s latest veteran free-agent haul last month, Beane mostly resisted the urge to trade up and down the draft order as he did the previous two years.

He instead focused on shoring up the team’s most immediate needs with Buffalo’s first two picks by selecting I owa defensive end A.J. Epenesa and Utah running back Zack Moss on Friday.

With Buffalo’s final five picks on Saturday, Beane turned his attention to adding competition at various positions by mostly sticking with the philosophy of selecting the best player available.

It led to Buffalo drafting Fromm, who led Georgia to the College Football Playoff title game in 2018.

Fromm isn’t expected to challenge Josh Allen for the starting job. And yet he provides Buffalo potential long-term insurance in a backup position with veteran Matt Barkley entering the final year of his contract.

“I wouldn’t have told you going into today that he was on our radar,” Beane said. “But we had him in a spot that you just can’t ignore.”

Beane’s approach is also how Buffalo wound up selecting Georgia Southern kicker Tyler Bass at No. 188. Though the Bills have a proven veteran in Stephen Hauschka, Beane said he wanted to add competition to the position, and Bass just happened to be available.

The luxury of targeting talent over need was Beane’s objective when he first arrived in Buffalo three years ago. And his approach this year was a departure from the past two drafts when he used a large stockpile of selections to address key positions.

Two years ago, Beane made a series of trades to land both Allen and linebacker Tremaine Edmunds in the first round. Last year, he made two other key moves in trading up to chose starting tackle Cody Ford and tight end Dawson Knox in the second and third rounds.

This year, Beane had to be more selective.

“I just didn’t want to draft guys here at the end that couldn’t make the roster,” he said. “I like what we’ve added. And I think competition is the word that I would walk away with today.”

ON THE RECEIVING END

Adding Diggs to a group of receivers that includes John Brown and Cole Beasley didn’t stop the Bills from stocking up on the position in the draft.

Central Florida’s Gabriel Davis was selected in the fourth round (128th overall), and Oregon State’s Isaiah Hodgins was chosen with pick No. 207.

“Yeah, they’ve got deep guys, but you come to the NFL to compete,” said Davis, who set a single-season school record with 1,241 yards receiving as a junior last year.

Beane said he came close to completing three trades, all of which failed to materialize for various reasons.

The first occurred Friday, when Beane feared losing out on drafting Moss. He considered moving up by as many as seven spots but found no trade partner, and still wound up selecting the running back.

Without revealing the details, Beane said he was finalizing a deal to trade up a few spots, when the player he was targeting was selected. Another trade fell through, this time to move back in the draft order, because Beane didn’t like the return and he preferred the player he eventually selected.

Beane cited a statistic in which Moss broke at least one tackle on 38% of his carries, and has a chance to earn a job in short-yardage and goal-line situations.

Moss, who set the Utah career record with 38 touchdowns rushing, said he enjoys bowling over defenders.

“I like to be physical, trying to have defenses make a lot of business decisions in making tackles against me,” he said.

Bass became the 12th place kicker drafted by Buffalo since the 1970s, and third since the Bills used a seventh-round pick to select John Potter in 2012. The Bills actually chose two kickers — Grant Guthrie in the sixth round and Stefan Schroder, 13th — in 1970.

The Bills closed the draft by selecting Pitt cornerback Dane Jackson with the 239th pick.