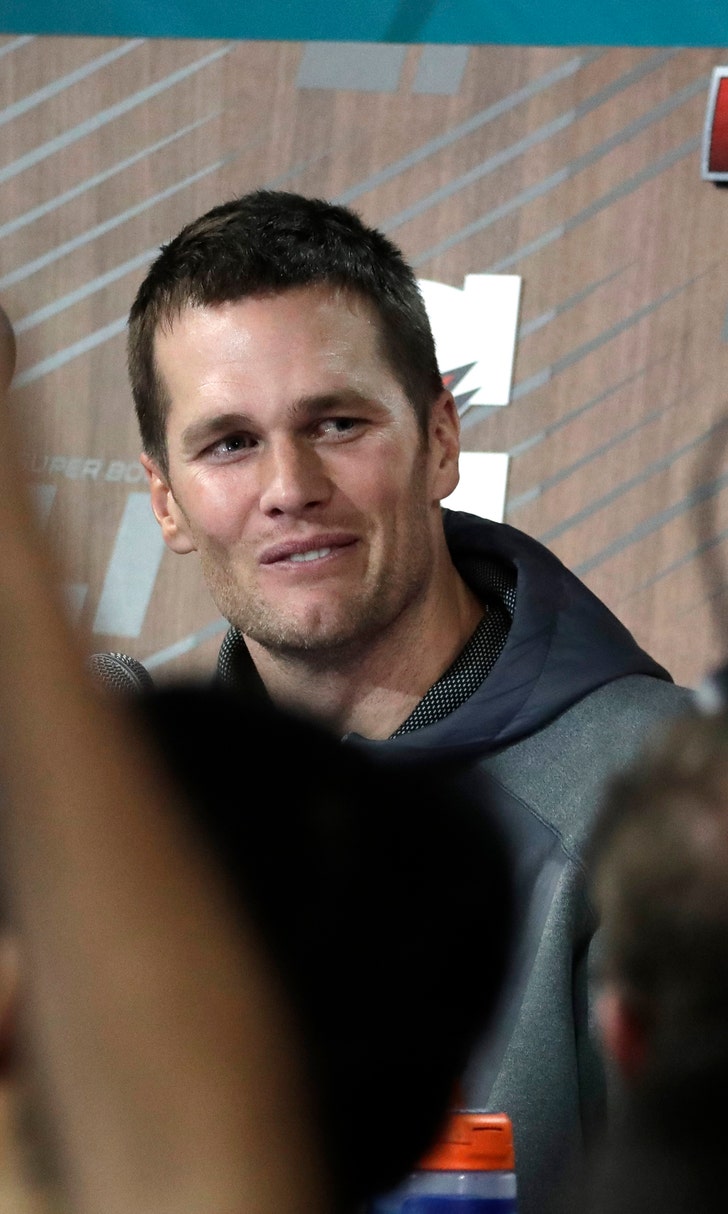 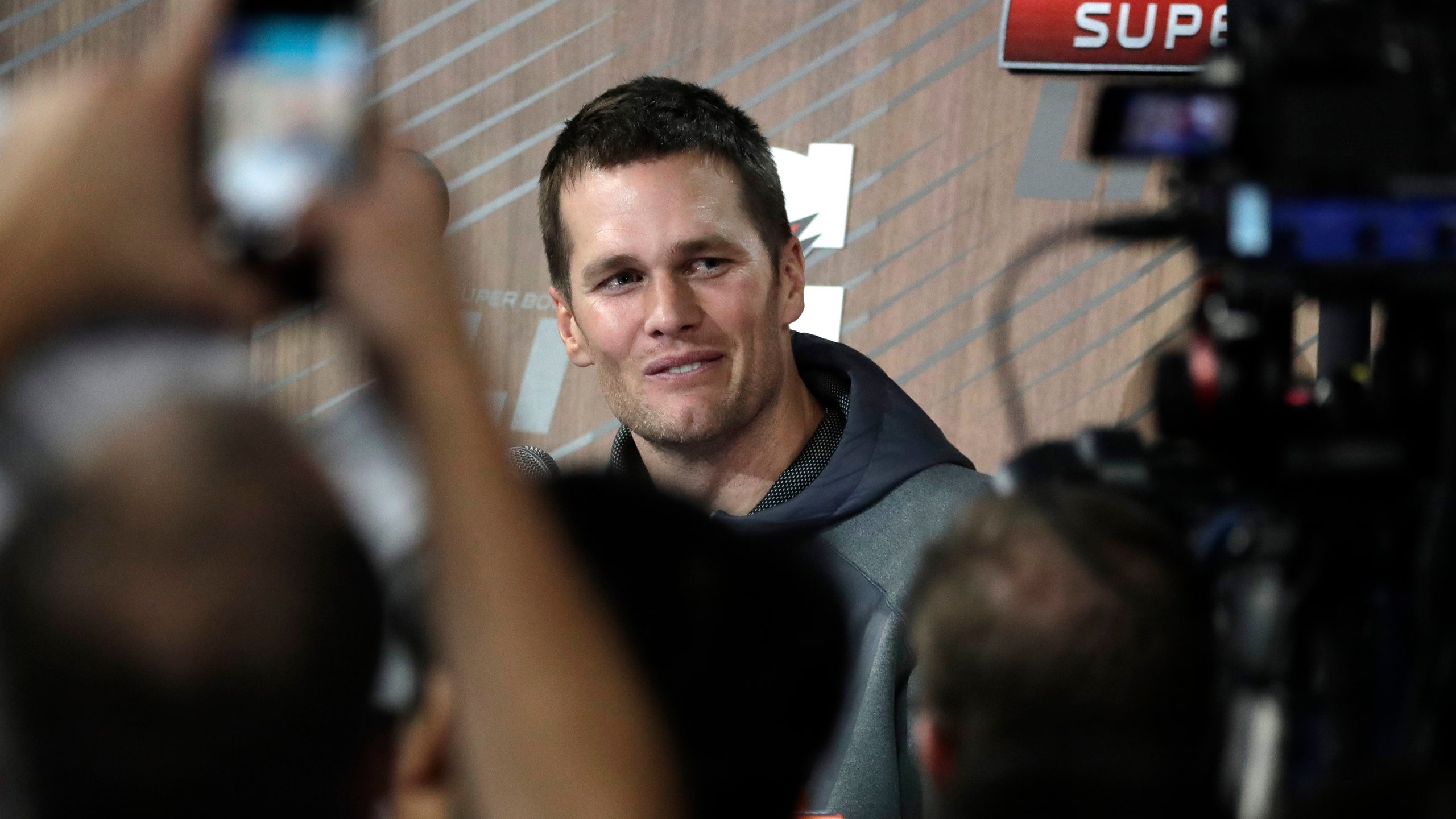 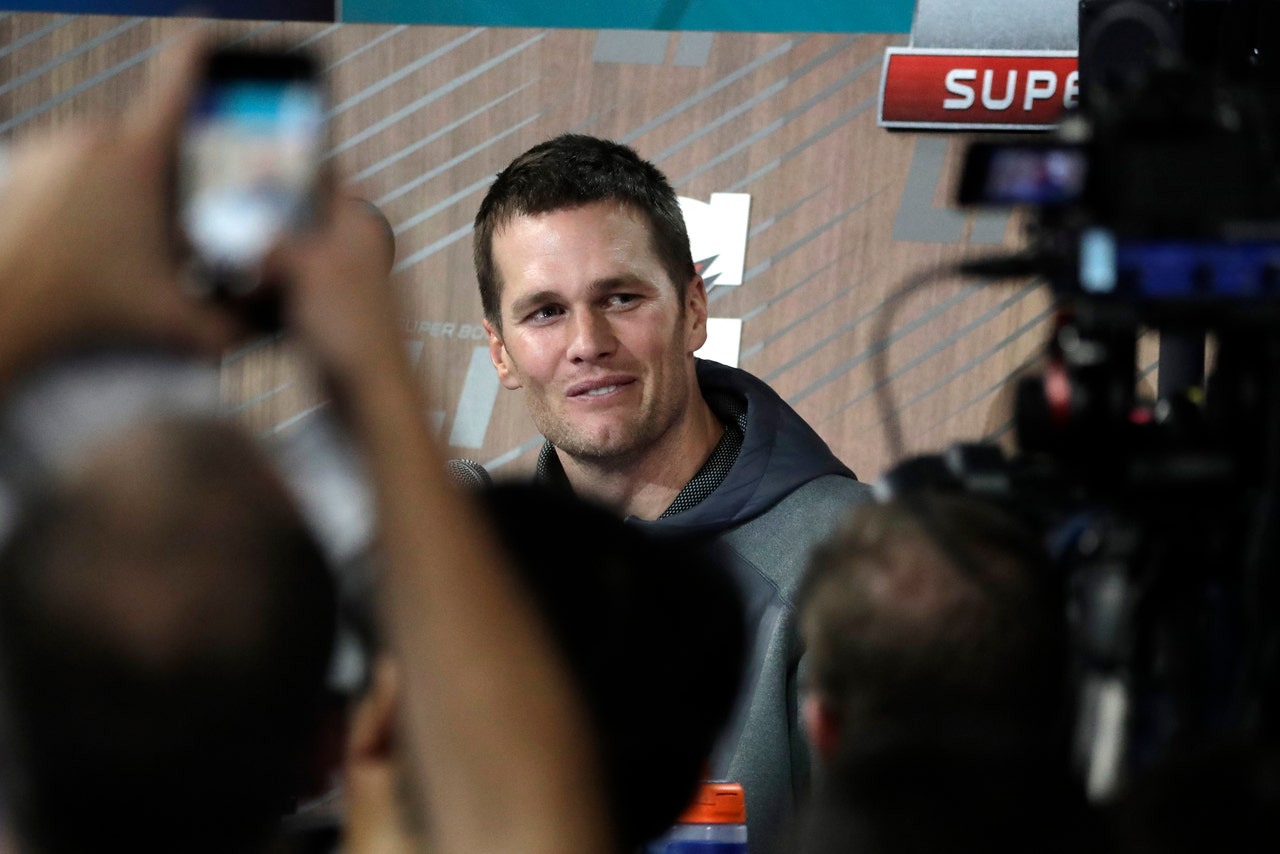 During the Super Bowl's media night, Tom Brady was asked at least four separate times about Donald Trump, politics or whether he was keeping up with the news of the week. Four separate times, Brady demurred, saying he "wished the best for everybody" and that he wasn't "talking politics at all."

Reaction to Brady staying out of the fray was predictable but, come on, what did you expect: the most famous football player in the world to sit on his podium and give actual opinions about Deflategate, politics, the president and, most important, which Boston actor he likes the best. There was never any shot of that happening. Tom Brady has been around the block for 16 years, answered thousands of inane questions from reporters and has sat in front of Super Bowl media throngs a half-dozen times answering infinitely more inane questions than during the regular season. And, as he has for most of his career, Brady exemplified the credo by which most great athletes live: There's no benefit in being interesting or speaking your mind. Don't spout any nonsense about it being Brady's responsibility to speak. If you believe in the power of protest, you must also respect the right to stay silent. 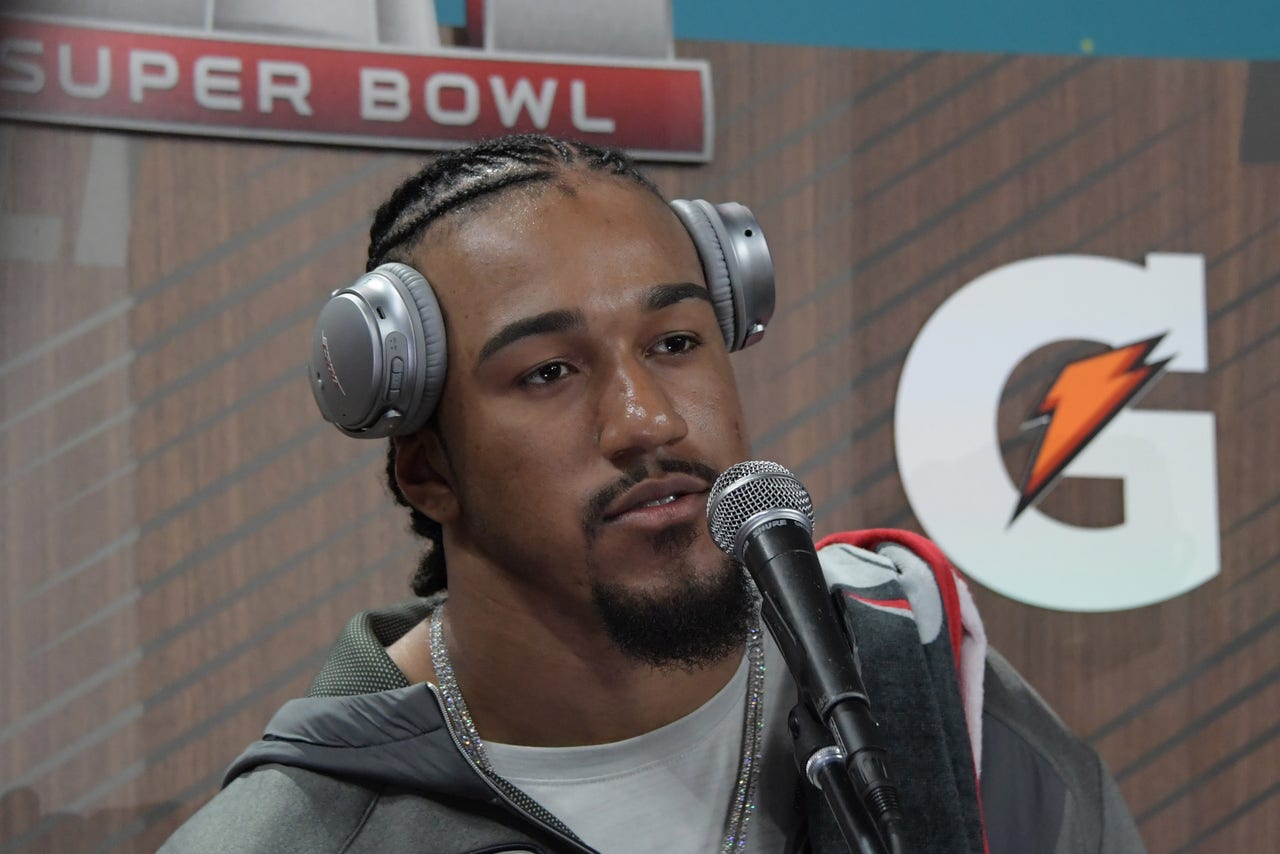 That's why Brady said his favorite Boston actor was "Matt Affleck." It's why he truthfully answered about his kid's favorite movie of the moment. "Moana is the favorite right now." (As someone who listened to the main song from Moana eight times today, I feel Tom's pain.) When it came to questions about the real world, Brady answered like a politician. He effectively gave a no comment. As well he should. Had Brady said anything about his suspension or what's going on in the world, no matter how benign any line might have been, people would have taken those words and created a national controversy. Nobody's going to write an op-ed about how Brady is wrong and Finding Dory is the superior film.

With very few exceptions*, saying anything that remotely diverges from the status quo is a no-win situation. It leads to the inevitable parsing of words, builds momentum like a snowball going down Mt. Everest and turns into a national firestorm because, when you really break it down, Super Bowl week is devoid of drama and people eat up controversy, no matter how manufactured it might be.

* This is applicable to almost every NFL player except for those intentionally trying to make a name for themselves as an eccentric diva (e.g. Terrell Owens or Chad Johnson). That works for a bit, but people get tired of the act. It's also why the media is mourning the lack of Odell Beckham Jr. at Super Bowl week. 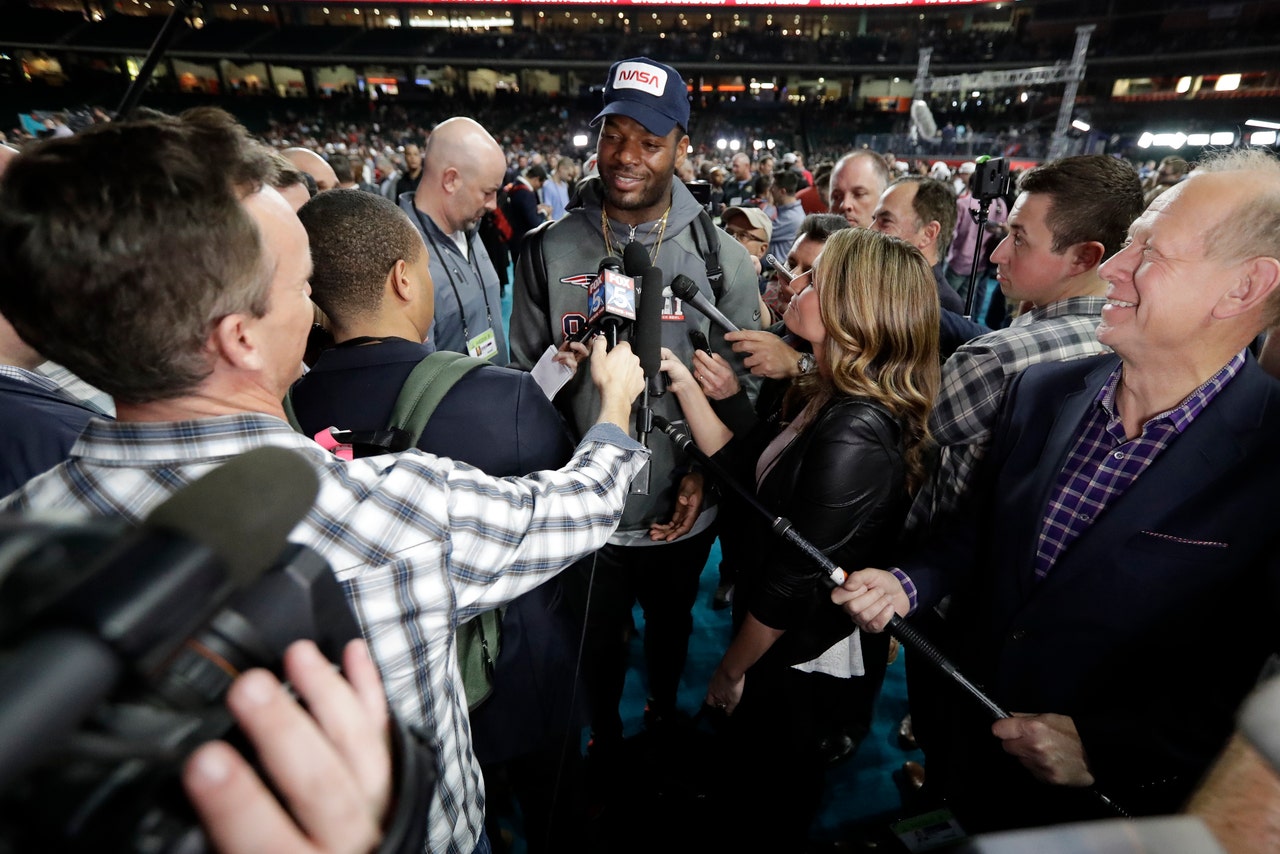 It's funny. For years, mainstream media used to complain that Super Bowl media day had become a farce. "Reporters" in wedding dresses. "Correspondents" from The Tonight Show. Not-so-precocious kids asking not-so-clever questions. Questions about thongs, flatulence, Justin Bieber, Lady Gaga songs you might know (Belichick: "next"), one-night stands, Real Housewives of New Jersey, voodoo, grammar and anything and everything Downtown Julie Brown said that year she was there -- it was all out there.

But now that everybody has been clearly warned not to give an opinion about anything that's not related to entertainment, family, superficially praising opponents and who's in your cell phone, you almost long for the days of of the absurd. At least it was interesting back then. At least it was fresh. Now the NFL has found that bigger isn't always better. The more that media day has been turned into an event, the less exciting and unpredictable it's become. The only interesting thing that happened on Monday was that Bill Belichick wore a suit. 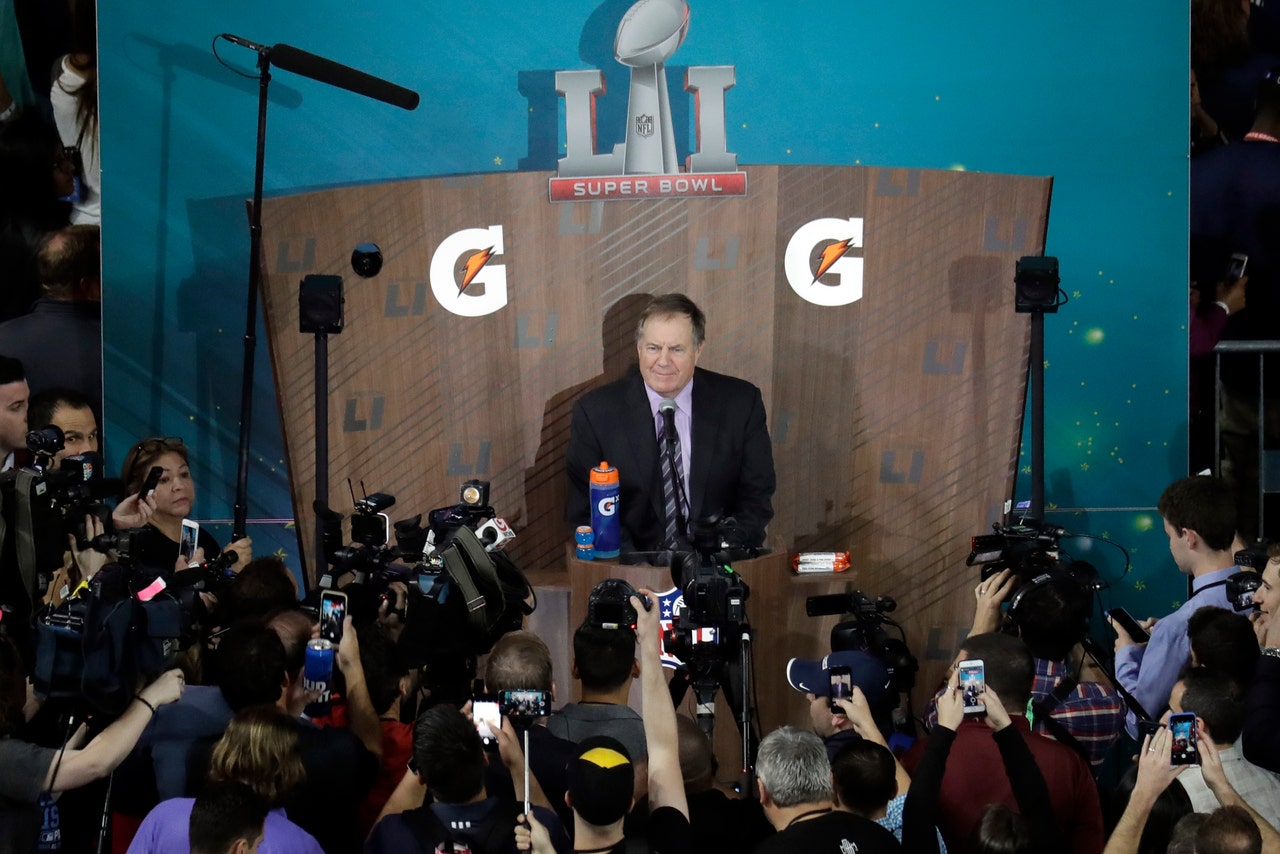 Martellus Bennett was a perfect example of the new normal. Intelligent, witty, full of opinions and kind of out there, Bennett was his affable self in Houston but didn't say a single quotable thing. You can chalk that up to the Patriot Way, I suppose. But an hour before, when no one on the Atlanta Falcons bit on any question that might have had a faint chance of being compelling, you knew the ship on media day had long ago sailed. Those young players, guys who hadn't had more than a few microphones in front of their faces all their lives, sounded like 10-year veterans. Glib is out, restraint is in.

Maybe it's time to bring back Julie Brown.