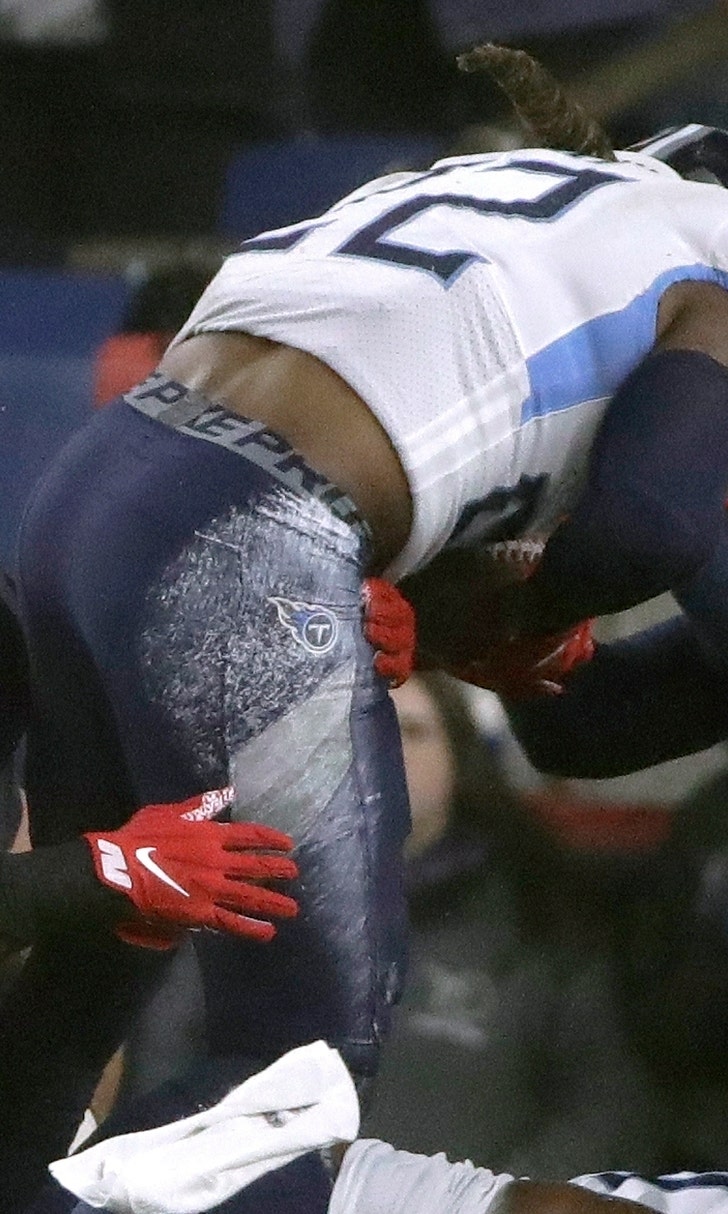 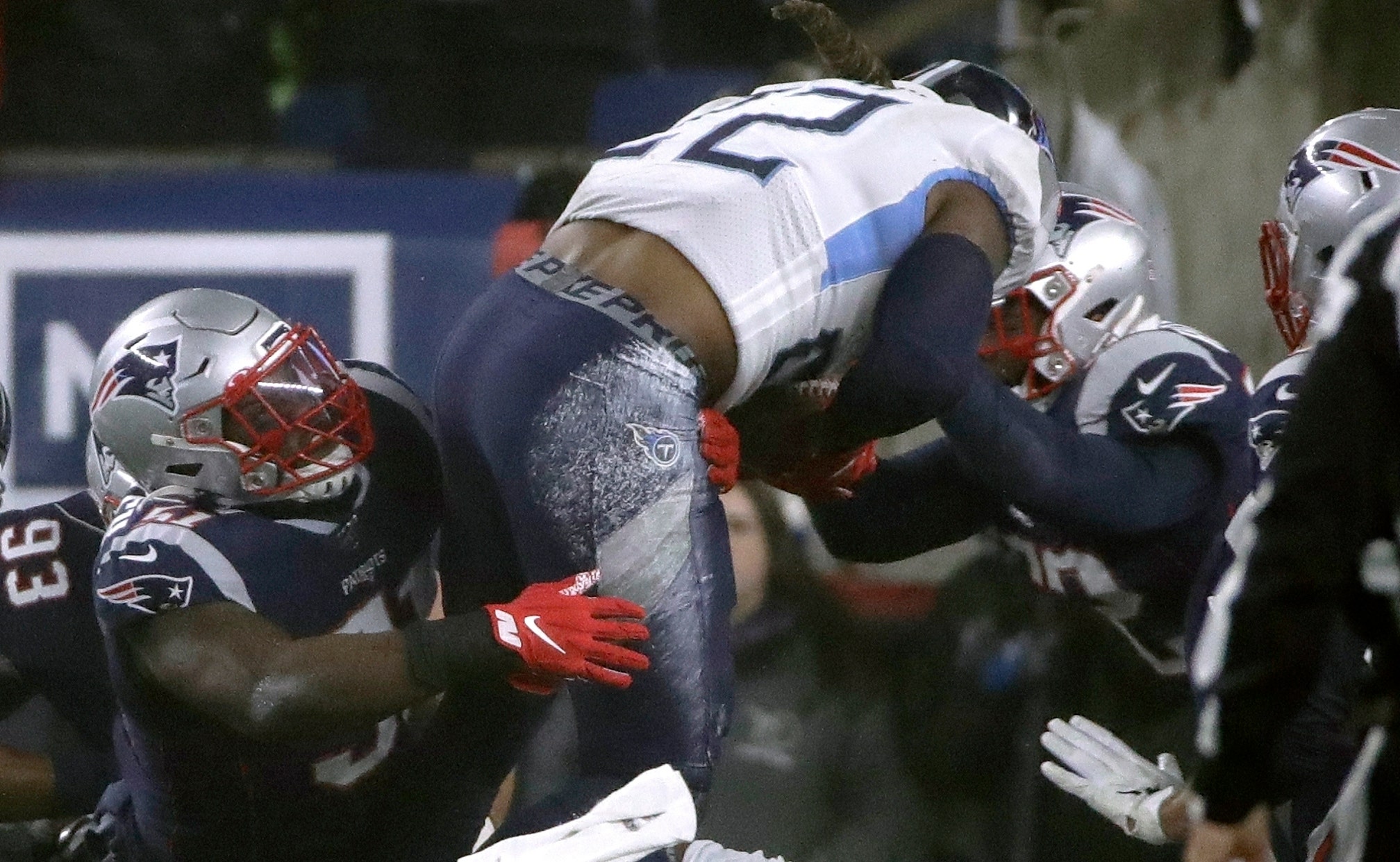 NASHVILLE, Tenn. (AP) — Ryan Tannehill has gone from a quarterback traded away in March to the NFL's top-rated passer fresh off a victory in his playoff debut for Tennessee. Derrick Henry led the league in rushing and seemingly gets stronger and harder to tackle each game.

Their next loss could be their final game in a Tennessee Titans uniform.

Both Tannehill and Henry are in the final years of their contracts, the quarterback in a deal reworked when Miami traded him to the Titans and the 2015 Heisman Trophy winner in the fourth year of his rookie contract. Not that any of the Titans are looking past Saturday night, when they visit top-seeded Baltimore (14-2) in the AFC divisional round.

“I don't even think about that,” Tannehill said Tuesday. “It's just focus on the game at hand. Obviously extremely tough team we're going up against and do everything I can to get ready to play and go win a game.”

Henry made clear during the offseason program that he wasn't thinking about his contract status.

“I don’t worry about that,” Henry said then. “Next question.”

The way both Tannehill and Henry are playing keeps raising their asking price.

Tannehill is 8-3 since being named the starting quarterback, and he led the NFL with a career-high 117.5 passer rating, throwing for 22 touchdowns and six interceptions. He's thrown at least one TD pass in 11 consecutive games since moving into the lineup in Week 7, a streak he extended with a TD pass on the Titans' opening drive of their 20-13 wild-card win in New England last weekend.

Henry already has had a career year, with 1,540 yards rushing in the regular season.

The Titans' third draft pick in the second round of 2016 has been even better the past seven games, with 1,078 yards rushing for an average of 154 yards per game. Sitting out the Week 16 loss to New Orleans helped him rest a sore left hamstring, and Henry ran for 211 yards, helping the Titans clinch the AFC's No. 6 seed. He set the franchise's postseason rushing mark with 182 yards against the Patriots.

Second-year coach Mike Vrabel leaves the contracts to general manager Jon Robinson, and the GM doesn't talk about contracts until a deal is done.

“I really just try to coach the guys that are here and try to get the best out of them,” Vrabel said. “Guys have helped us win a lot of games. They've helped us get to this point. All that stuff really gets taken care of in the offseason.”

First up, the Titans (10-7) are trying to advance to the franchise's first AFC championship game since January 2003, when all Tennessee had to do was beat Pittsburgh in a divisional game at home.

Once Tennessee gets to the offseason, Robinson will have options, with a projected $57 million in salary cap space for 2020, according to Spotrac.com. Robinson kept safety Kenny Vaccaro out of free agency with a four-year extension last March.

At least 18 Titans are in the final year of their contracts, including starters cornerback Logan Ryan and right tackle Jack Conklin.

The NFL being in the final year of its collective bargaining agreement allows teams to use both the franchise and transition tags, which could buy the Titans more time to negotiate extensions if needed. The toughest decision then might be which tag to use on which player.

Henry has been so dominating that he is due for a hefty raise from the $1.13 million base salary he's earned this season. Overthecap.com projects the franchise tag for a running back could be as much as $12.4 million. The transition tag is cheaper at possibly $10.1 million but allows other teams to make contract offers that the Titans could match to keep Henry.

Tannehill wouldn't be the only quarterback hitting free agency. The projected franchise tag for quarterbacks currently is $26.8 million, with a transition tag possibly $24.3 million. That would be a massive raise for Tannehill, whose base salary is $1.75 million, with Miami picking up $5 million and having taken an $18.4 million salary cap hit by trading him away.

Ryan, who sealed last week's win with an interception returned for a TD, said it's easy to focus now with the stakes at hand.