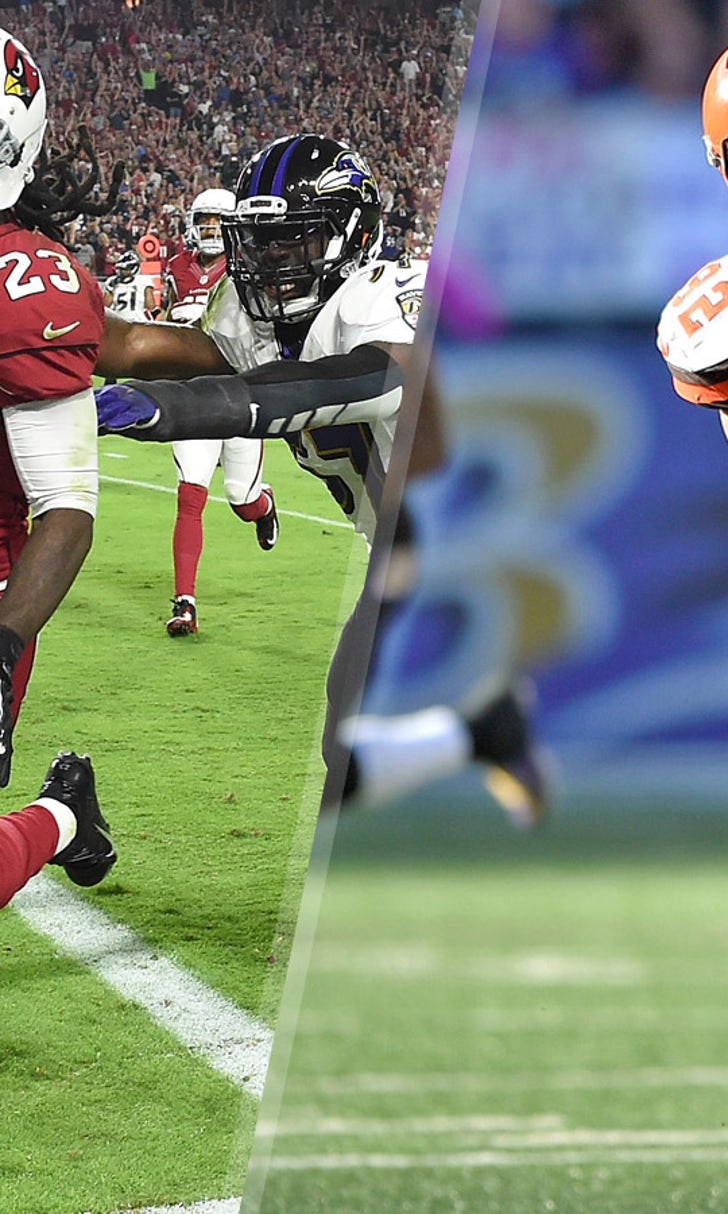 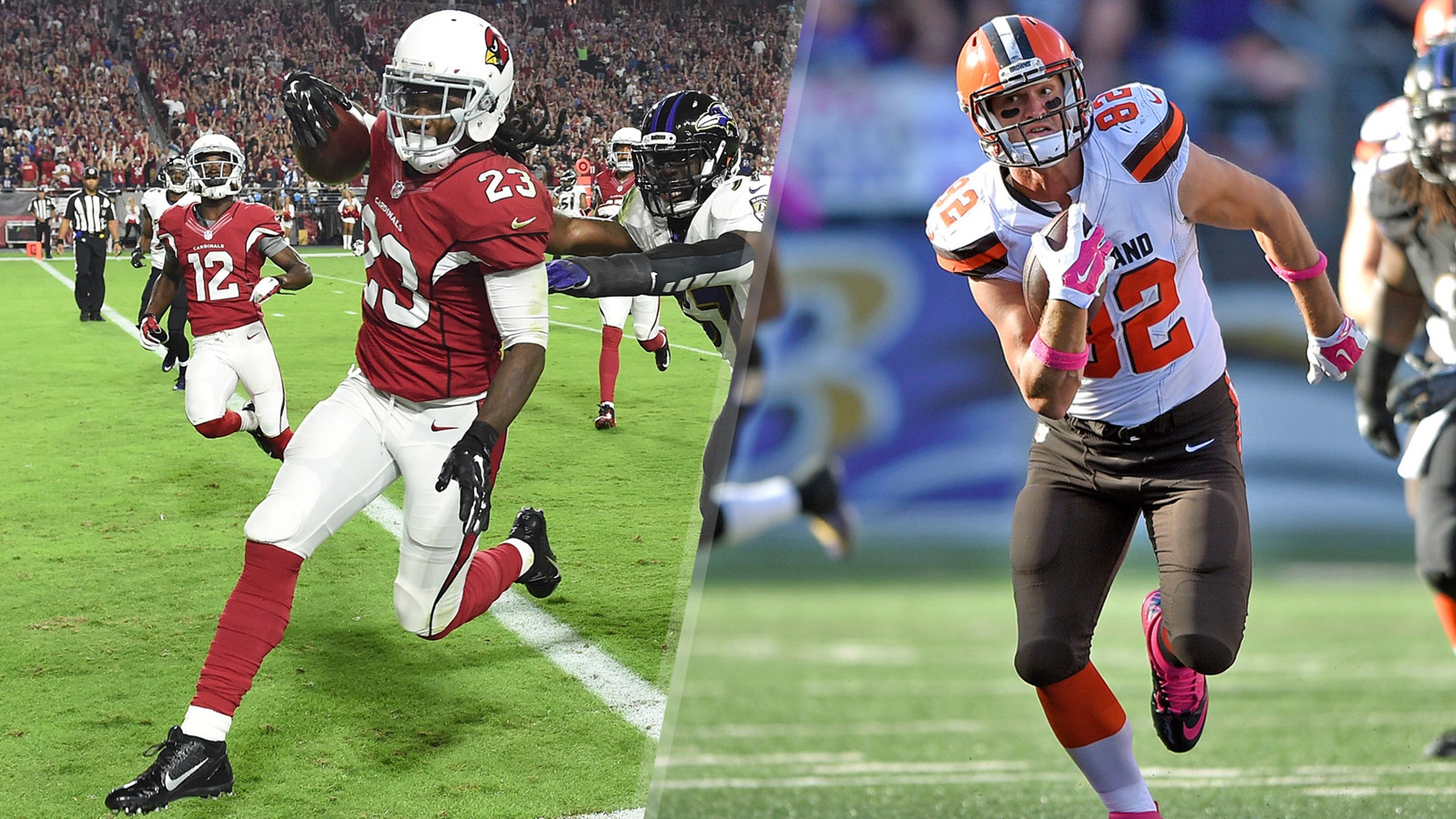 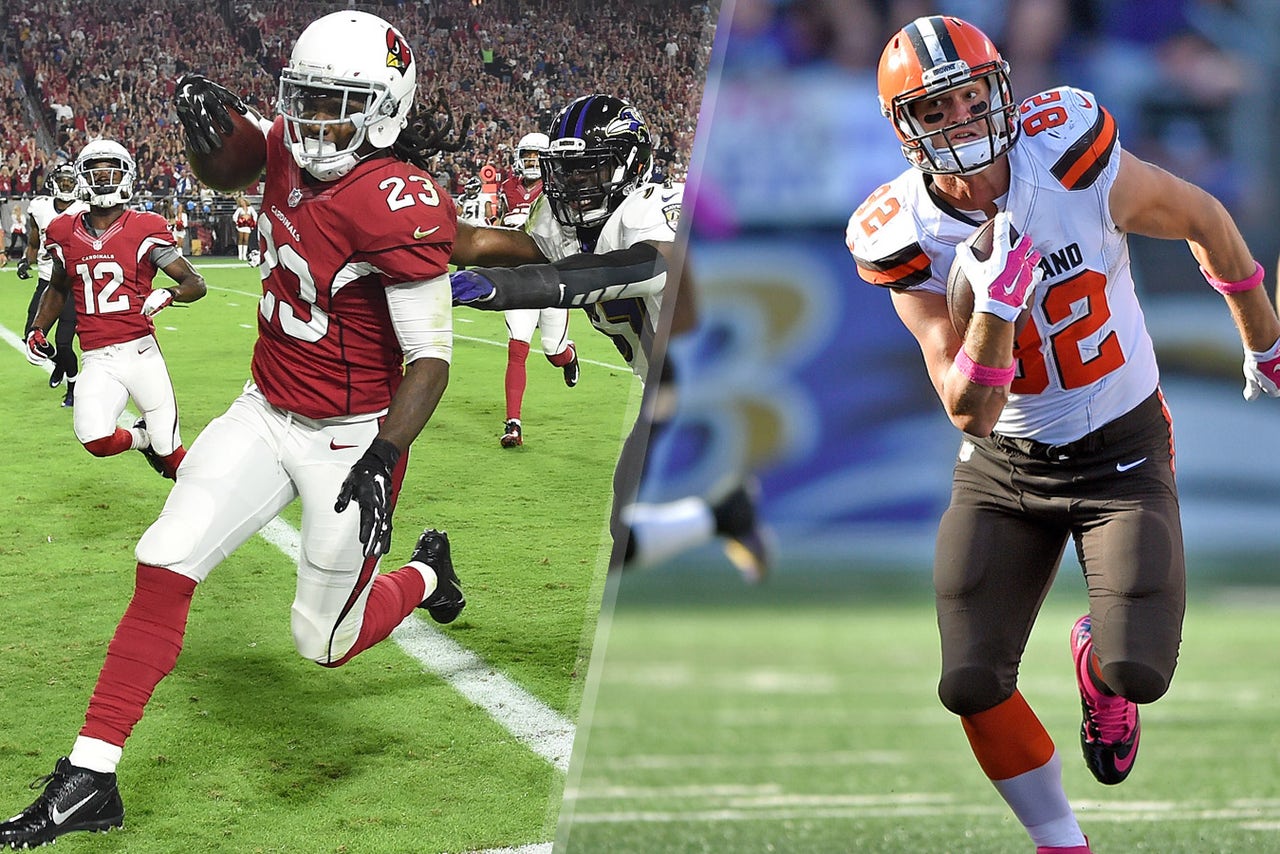 The Arizona Cardinals head back east on a short week to take on their third straight opponent from the AFC North this Sunday in Cleveland.

The Cardinals (5-2) are coming off a 26-18 home win on Monday night over the Baltimore Ravens. The week prior they were in Pittsburgh, where they dropped a 25-13 decision to third-string quarterback Landry Jones and the Steelers.

The Browns (2-5) already find their season in trouble after just seven games, and their quarterback situation could be an issue this Sunday. Starter Josh McCown is still recovering from the pounding he took last Sunday in St. Louis and Johnny Manziel has caused a distraction stemming from a domestic issue with his girlfriend two weeks ago.

Here are three keys to the game for both the Cardinals and Browns.

Barring a monsoon, coach Bruce Arians will never refrain from throwing early and often, but the Browns do own the league's worst rush defense by a wide margin. Chris Johnson is coming off his third 100-yard performance in five games and the Cardinals also have the luxury of wheeling in Andre Ellington and bruising rookie David Johnson to spell him.

2. Negate Gary Barnidge with the No Fly Zone

Cleveland tight end Barnidge has hauled in five scoring passes in the past five games but will be facing a defense that has recorded a league-best 12 interceptions. Barnidge will be pitted against a trio of playmaking safeties in Rashad Johnson, Tony Jefferson and Tyrann Mathieu, who have combined for seven interceptions.

Larry Fitzgerald and John Brown have been Carson Palmer's favorite targets, but the speedy Brown is dealing with a sore hamstring. Floyd was nearly invisible through the first three weeks while recuperating from surgery to repair three dislocated fingers, but he's been coming on and has a TD catch in each of the last two games.

1. Somehow slow down the run

Danny Shelton was drafted 12th overall to plug a gaping hole in the Browns' rush defense, but the results have been the same. While Shelton has done well to occupy blockers, he has yet to be the gamechanger Cleveland hoped he would be. The 339-pounder needs to start imposing his will on opposing linemen, and a matchup against fellow Samoan Mike Iupati may be enough motivation to do so.

2. Get back to being a Pro Bowl secondary

Entering the season, the Browns' secondary was mentioned as one of the best in the league after sending three defensive backs to the Pro Bowl. This season, they've hardly lived up the part and cornerback Joe Haden and safety Tashaun Gipson have battled injuries. Cleveland's defense will need all the help it can get on the back line against Arizona's sixth-ranked passing attack.

3. Get the run game going

The rushing attack was supposed to be another strength for the Browns entering the season, but they find themselves near the bottom of the league at 28th overall. It's been pretty evident that rookie Duke Johnson provides the biggest threat. Cleveland should try to get the speedster the ball as much as possible.