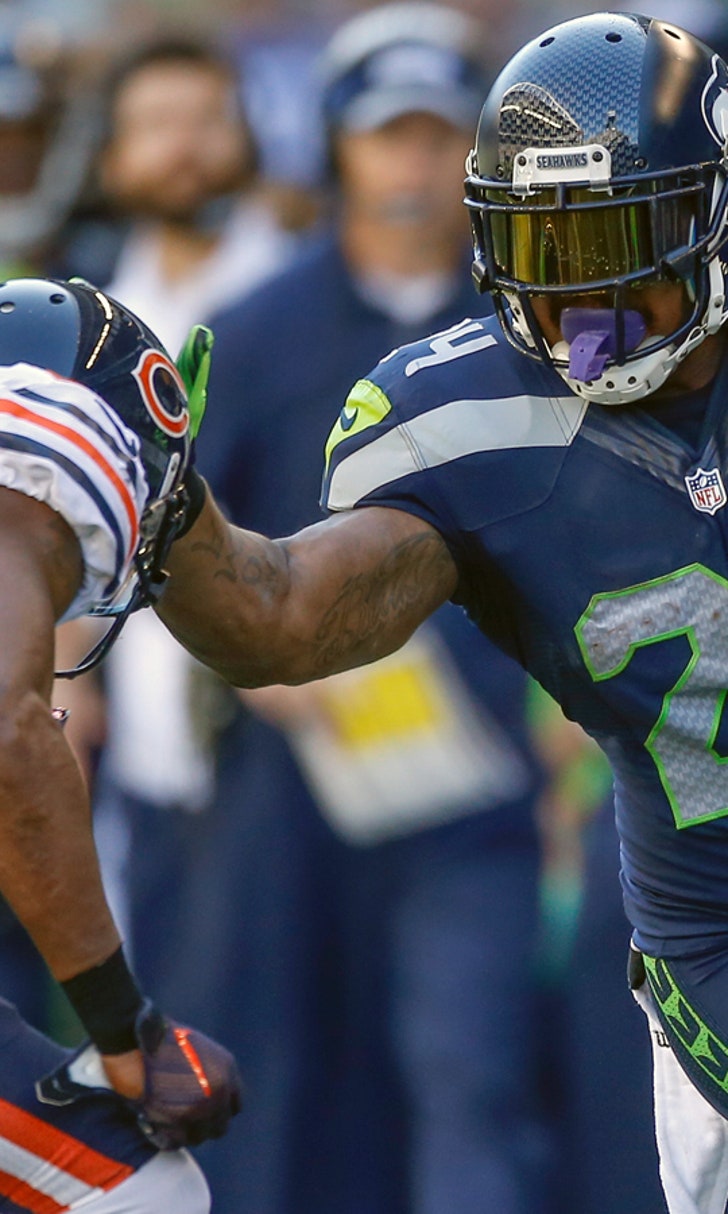 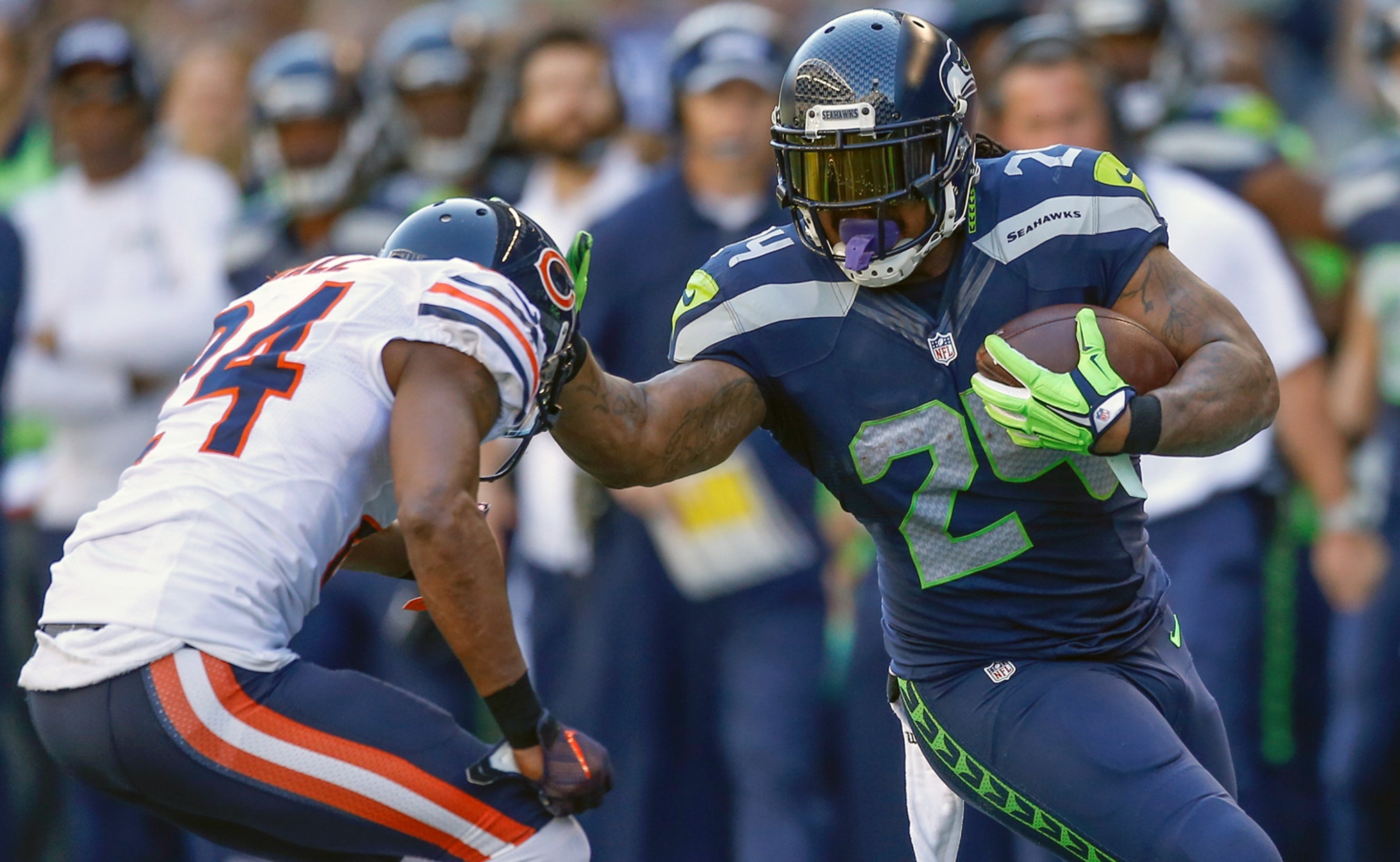 Seahawks hoping for best as Lynch gets MRI on injured hamstring 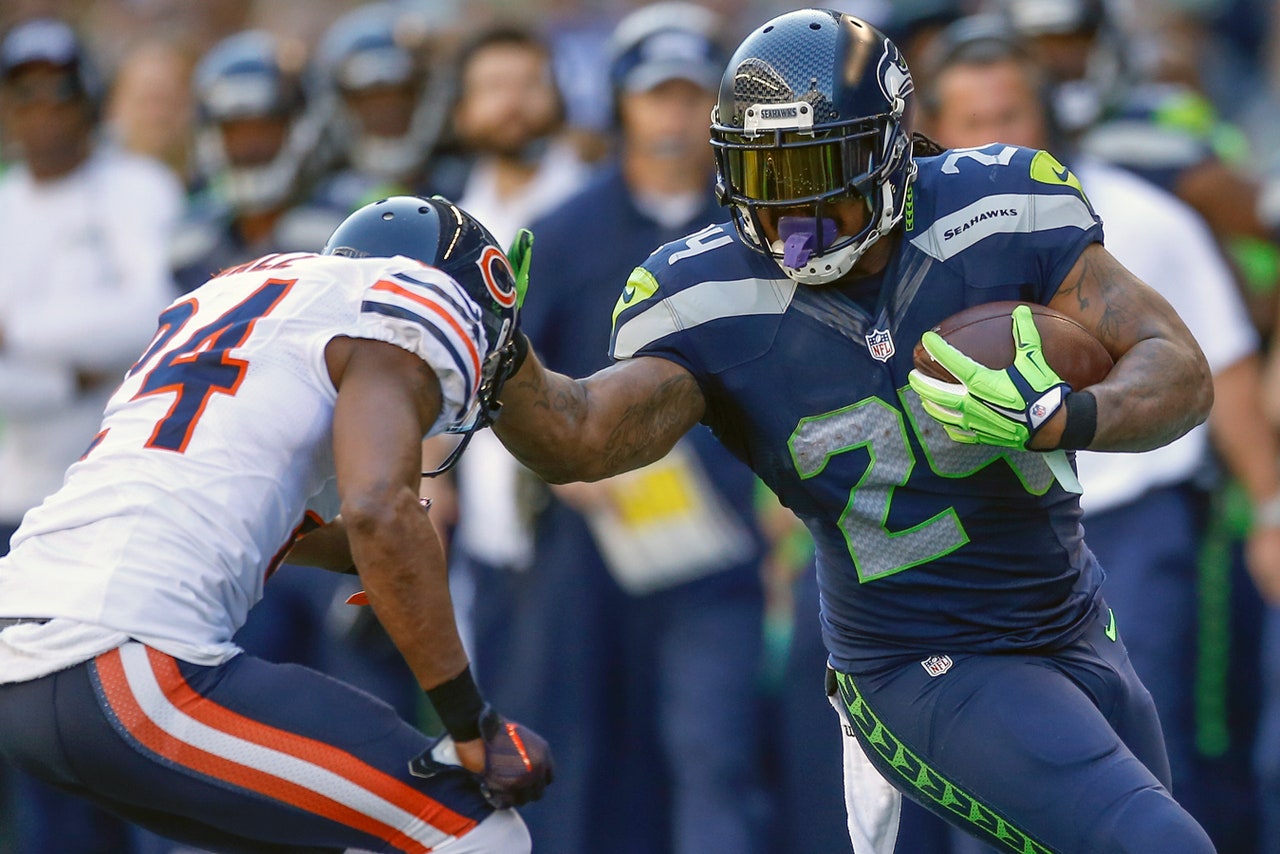 RENTON, Wash. -- The Seattle Seahawks found a tonic for their 0-2 start, sparked by the likes of Tyler Lockett and Jimmy Graham and the return of Kam Chancellor making their defense whole again.

But just as it appears the Seahawks are ready to move forward in overcoming their difficult start, a new concern has emerged with the health of running back Marshawn Lynch.

The Seahawks finally got their first win thanks to a dominating performance against the undermanned Chicago Bears on Sunday in a 26-0 shutout, but there are worries about Lynch and his growing list of injuries.

Already dealing with a sore back and neck, and a calf injury that limited him in practice last week, Lynch suffered a hamstring injury that caused him to miss the second half of Sunday's victory. The hamstring problem capped a strange day for Lynch, who struggled getting himself ready for the game to begin with and didn't come out of the locker room until midway through the first half.

Seattle coach Pete Carroll said Lynch underwent an MRI last week on his sore calf, but was scheduled to have another MRI on Monday after the hamstring problem popped up during Sunday's game. Lynch felt his hamstring after catching a 9-yard pass to convert a fourth-and-1 on the final drive of the first half. He did not play the rest of the game.

Carroll said the extra day this week, with Seattle not playing until next Monday night against Detroit, could be beneficial in Lynch's recovery. If Lynch can't play against Detroit, it would be just the second game he's missed since joining the Seahawks early in the 2010 season. Lynch missed a 2011 game at Cleveland when his back stiffened up just before kickoff. While he may not have started every game in his Seattle tenure, Lynch has played in every other one.

''We've just got to wait and see. We've got a couple of days here to figure it out,'' Carroll said.

With Lynch out, Thomas Rawls became a surprising revelation. The undrafted rookie from Central Michigan rushed for 104 yards on 16 carries, with 98 of those coming in the second half. He became the first Seattle running back other than Lynch to top the 100-yard mark since Robert Turbin in Week 14 of the 2012 season against Arizona.

Rawls was a player Carroll wanted and the Seahawks considered taking on the final day of the draft. Instead, Seattle was able to get him as a free agent and his spot on the roster was secure when former second-round pick Christine Michael was traded to Dallas after the final preseason game.

''He's got his own style. He's very aggressive. He was looking for hits downfield. He's not looking to make guys miss him as much as he's looking to run right at you,'' Carroll said. ''Through the line of scrimmage he's got nice wiggle and all of that but he's got an attitude that he's going to let you know he's coming.''

The Seahawks went with Rawls instead of veteran Fred Jackson as their primary ball carrier with Lynch out. Carroll said that's because of Jackson's skill as a pass blocker and receiver and Seattle's plan to use him on third downs.

''We're trying to develop these guys and develop their roles a little bit and we were excited to see Thomas and know that Fred is going to be a third-down guy for us and we covet what he can do there,'' Carroll said.

NOTES: Seattle's other injury concern is DT Brandon Mebane, who suffered a strained groin against the Bears. Carroll said Mebane was moving around on Monday but his status won't be known until later in the week. ... TE Luke Willson was inactive for Sunday's game with back spasms but should be able to play against Detroit.