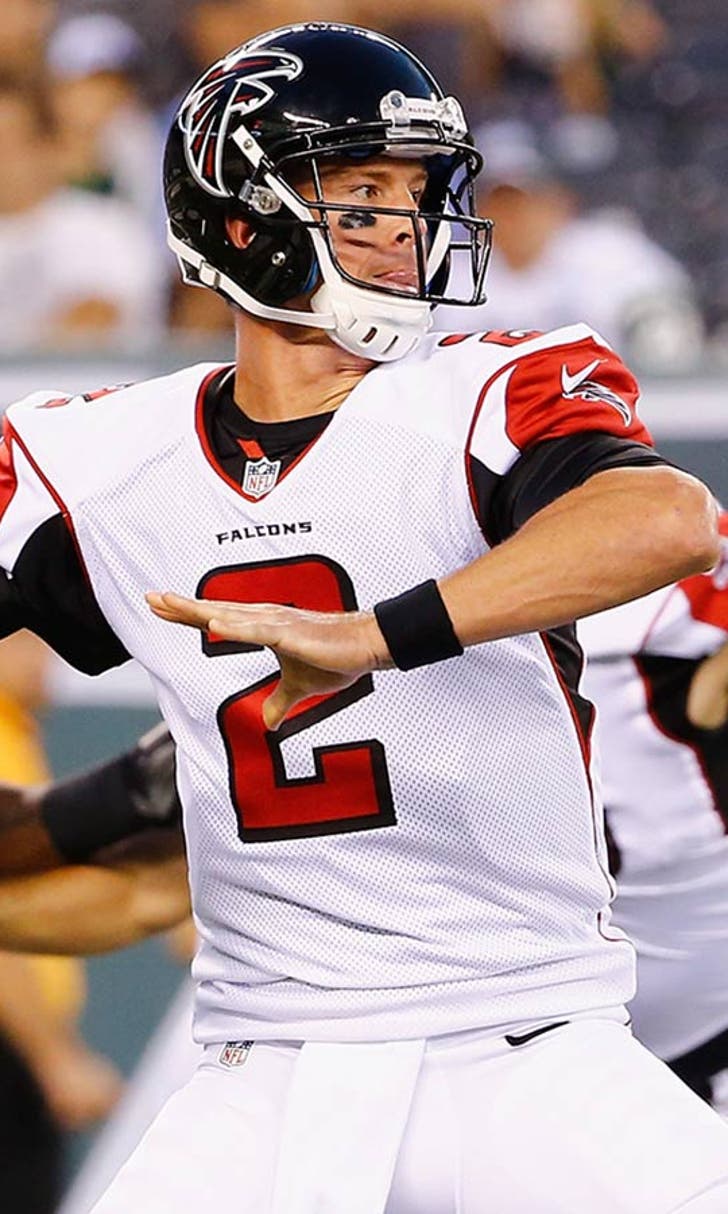 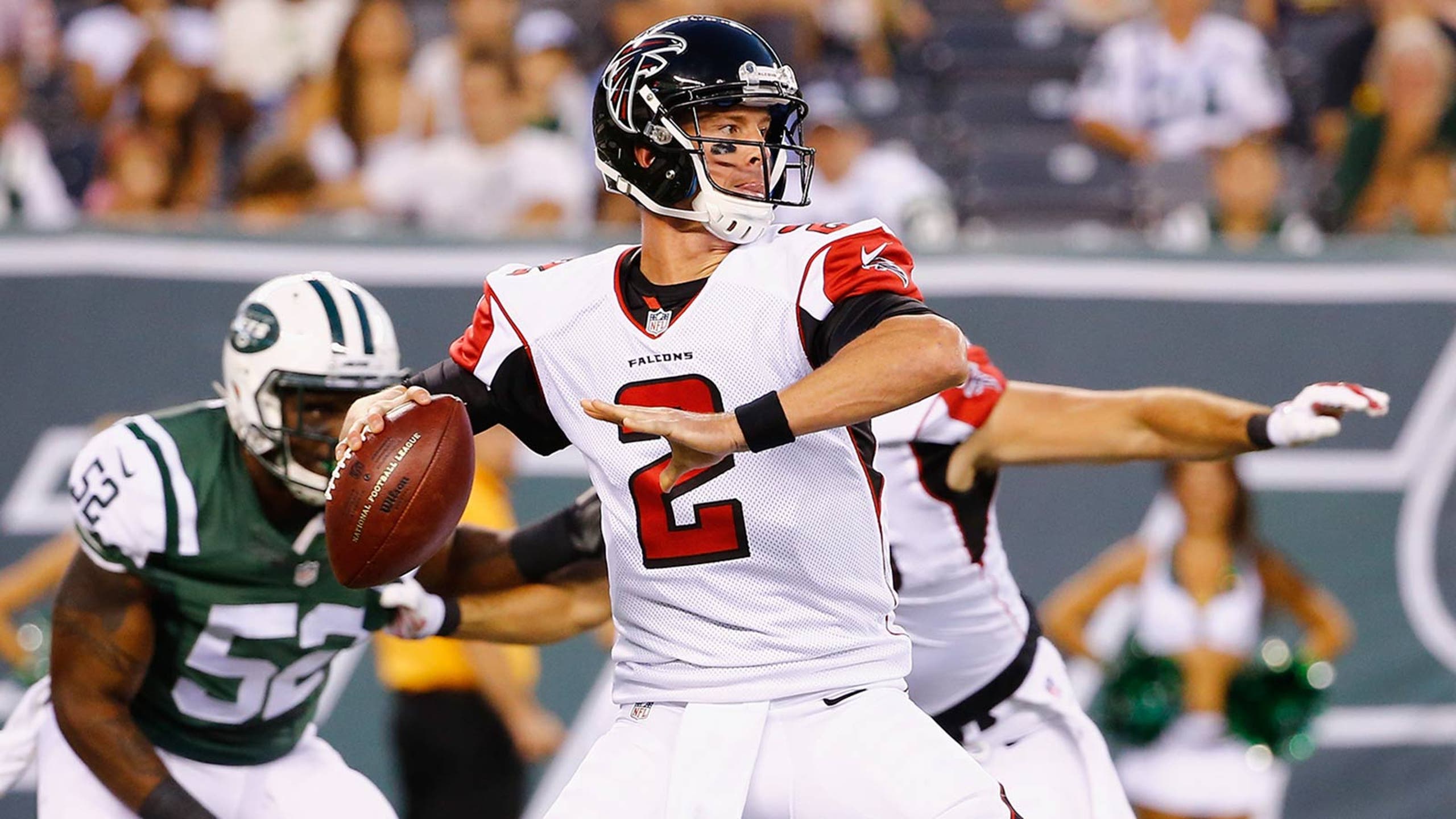 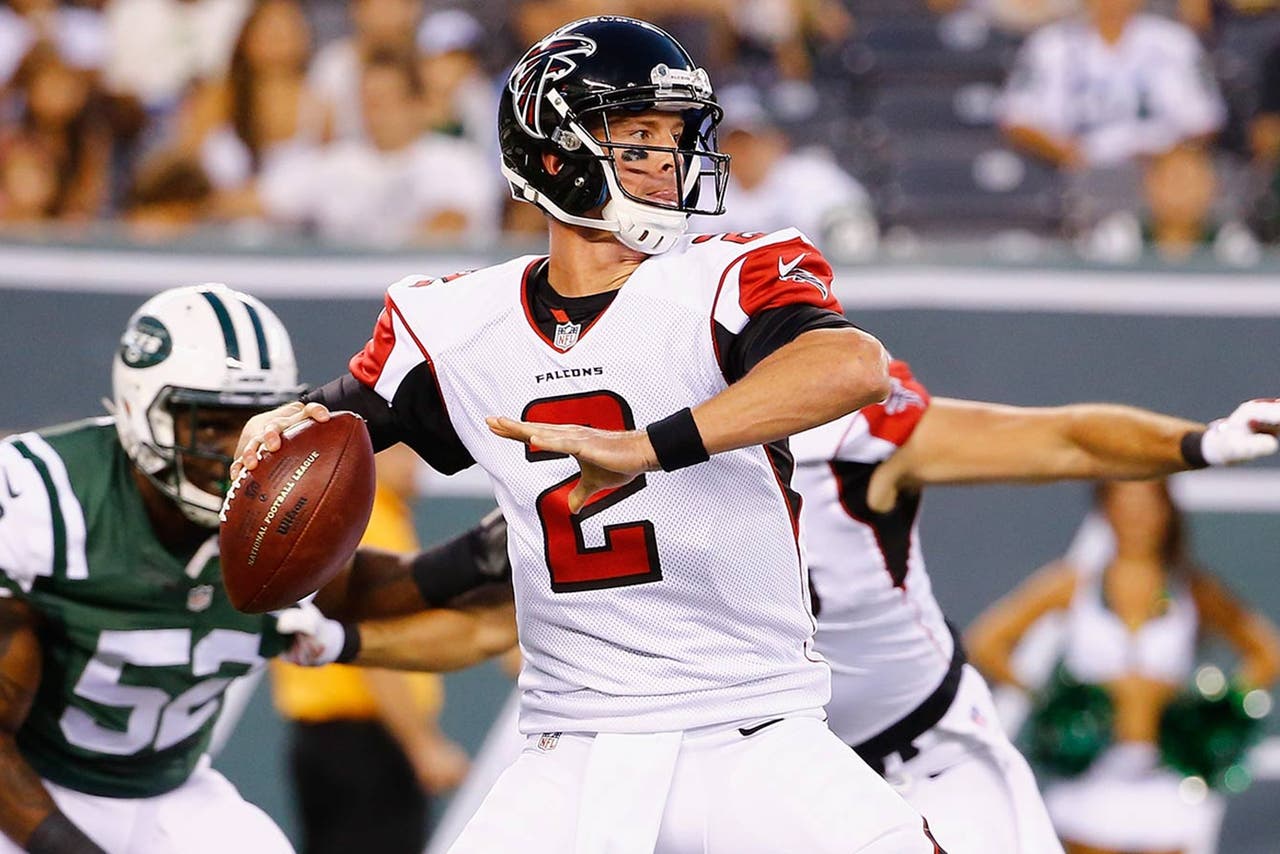 They just need the rest of their teammates to catch up before the regular season begins.

Ryan was sharp for the second straight preseason game, leading Atlanta to touchdowns in both of his series before the New York Jets came back to beat the Falcons 30-22 on Friday night.

"He's really feeling it, in terms of his familiarity of the offense, where he has the ownership of it," coach Dan Quinn said.

Ryan finished with a perfect 158.3 quarterback rating while going 4 of 5 for 75 yards, including a 60-yard completion to fullback Collin Mooney, and a 2-yard touchdown toss to Leonard Hankerson. Rookie Terron Ward also had a 4-yard touchdown run for the Falcons (1-1) who carved up the Jets' touted starting defense.

"The first drive was jump-started by the explosive play by Collin Mooney," Ryan said. "When you get going and you want to start fast, those plays help a lot. Then we did a great job of finding a way to punch it in in the red zone."

Ryan was 6 of 6 with a TD pass to Julio Jones in his one series with the starters last week against Tennessee.

Meanwhile, Ryan Fitzpatrick and the Jets' starters sputtered until facing Falcons backups midway through the second quarter. New York (1-1) was sparked by the defense on a safety by first-round pick Leonard Williams; the former USC star has 1-1/2 sacks.

"He made two big plays," coach Todd Bowles said, "and kind of turned it around for everybody."

Fitzpatrick, who played just one series last week, finished 13 of 19 for 118 yards before being replaced by Bryce Petty late in the first half.

"There's definitely some room to grow after that performance," Fitzpatrick said.

Fitzpatrick is starting with Geno Smith out six to 10 weeks with a broken jaw after being punched last week by then-teammate Ikemefuna Enemkpali.

Mooney took a short pass from Ryan on the Falcons' second play from scrimmage and outran linebacker Quinton Coples for a 60-yard gain that put the ball at the Jets 23. After Darrelle Revis was called for defensive holding, Ward ran it in from 4 yards to make it 7-0.

The Jets went three-and-out on their next possession, and Devin Hester returned Ryan Quigley's punt 59 yards to the New York 4. Three plays later, Ryan found a wide-open Hankerson for a 2-yard score.

The Jets were called for 10 penalties in the first half and finished with 17. The Falcons were penalized just six times.

T.J. Yates was 8 of 15 for 78 yards and an interception, while Sean Renfree was 10 of 14 for 94 yards as the two rotated throughout in the competition to back up Ryan. Yates also converted a 2-point conversion on a pass to Levine Toilolo early in the fourth quarter after Michael Ford's 1-yard TD run.

Jamari Lattimore had a 37-yard interception return that set up Nick Folk's 29-yard field goal that put the Jets up 16-14 with 3 seconds left in the half. Rontez Miles scooped up a fumble on a botched handoff by Renfree and returned it 57 yards for a score in the third quarter.

Falcons: WR Roddy White was scratched before the game with an elbow injury that is not believed to be serious. LB Derek Akunne left with an injured foot, while RB Evan Royster had an injury to his midsection.