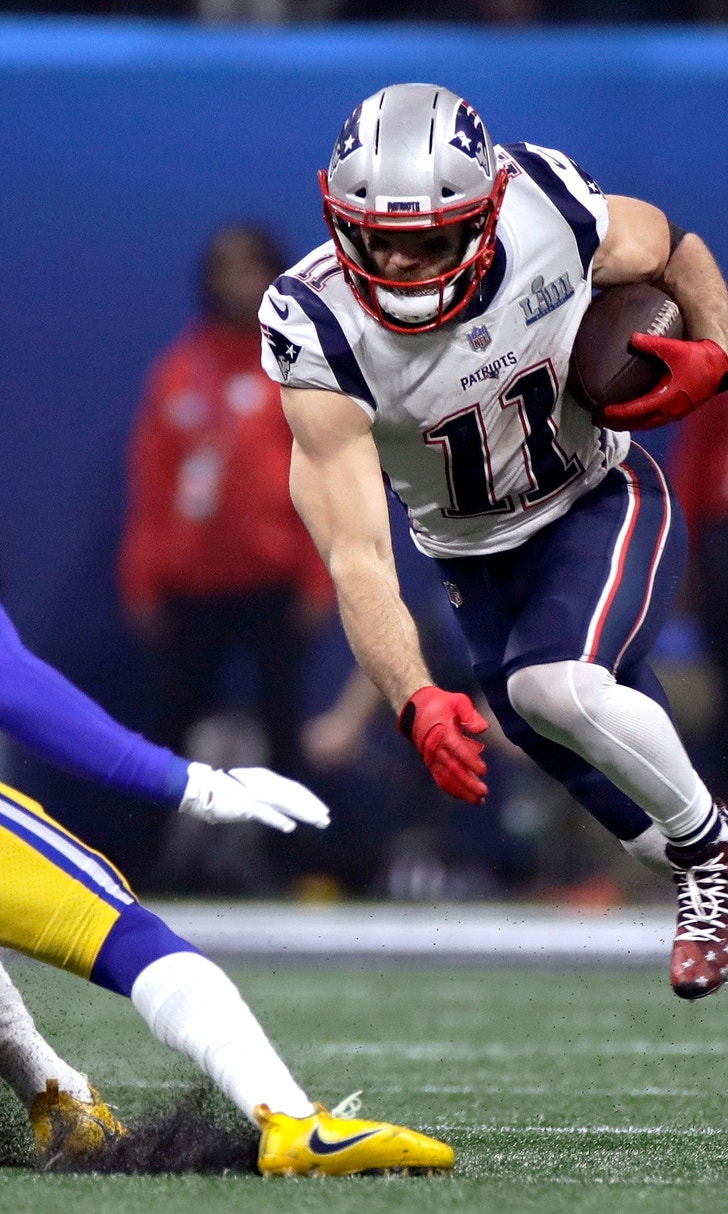 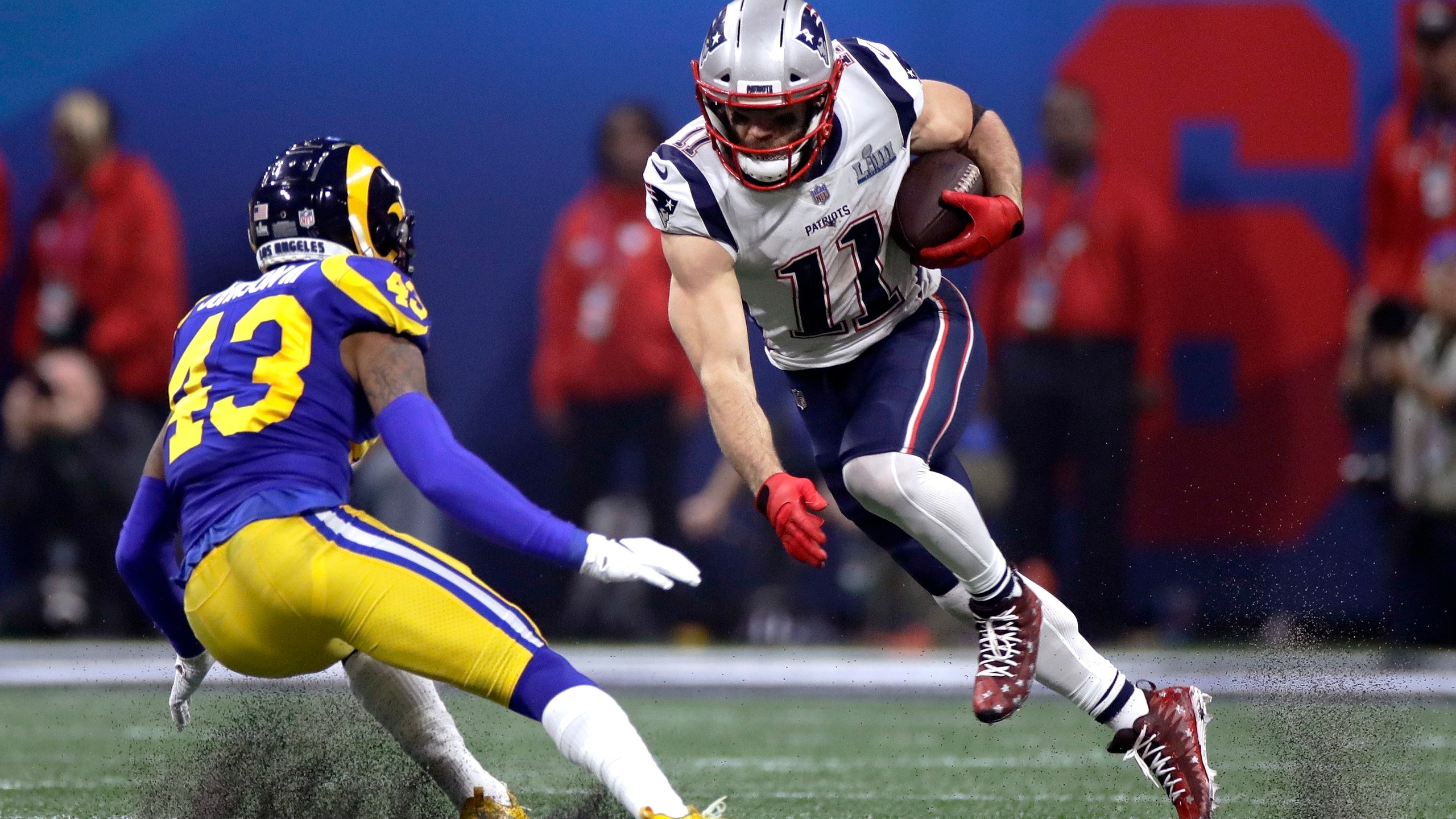 ATLANTA (AP) — Julian Edelman was forced to watch only as a spectator as his disappointed New England Patriots teammates trudged off the field a year ago as Super Bowl losers.

Catch after catch in this one, Tom Brady's favorite wide receiver helped make them winners again.

"It's pretty surreal," Edelman said, shaking his head. "Tough times don't last, tough people do. I preach that, and, I guess you have to live to it."

Edelman certainly did Sunday night, earning Super Bowl MVP honors with 10 receptions for 141 yards while helping lift the Patriots to a 13-3 victory over the Los Angeles Rams.

"My name was called," he said. "I was asked to make a couple plays and we were able to do that."

Edelman and Brady made one final connection — at midfield with confetti flying around them. They embraced for several moments — eyes filled with the tears of champions.

"The hug was just two Bay Area boys that love football, love to compete and are living out our dreams," Edelman said before taking a second to clarify one small detail.

"I think he held me," the bushy-bearded Edelman said with a big grin. "I didn't hold him."

It was an incredibly satisfying ending to a big-time comeback season for Edelman, a guy considered by Brady to be like a little brother — some teammates even jokingly say they have a "bromance" — and widely regarded as one of the greatest slot receivers in league history.

And, he was at it again against the Rams.

Reliable and steady. All night long.

"He's a fighter, man, that kid," Brady said. "I'm just so proud of him. He's been an incredible player for this team in the playoffs and he just cemented himself, again, in the history of the NFL for what his accomplishments are."

Even when things weren't working early for the Patriots, Edelman kept the offense going and the clock rolling as a safety valve for Brady. Eight of his catches were for first downs , including a 13-yard grab during the go-ahead touchdown drive with 7 minutes left in the game.

It has been a long journey back to this point for Edelman, who missed all of last season after tearing a knee ligament in New England's third preseason game.

What he did in this Super Bowl was exactly what the Patriots' offense was missing in last year's 41-33 loss to Philadelphia.

"I mean, injuries are psychologically so hard for an athlete because you don't get to do what you love to do," Edelman said. "When your team's going out there and playing in the Super Bowl and you don't get to help or you were not a factor, it was definitely very tough."

Edelman was forced to sit out the first four games of this season for violating the NFL's policy on performance enhancers.

And, then, it was uncertain as to whether the 32-year-old receiver would be as productive and effective as he had been throughout his career with the Patriots.

Turned out, he was as good as ever.

Not bad for the one-time quarterback at Kent State who became the right-hand man for arguably the NFL's greatest signal-caller.

"Oh, man, I am so proud of Jules," fellow receiver Chris Hogan said. "I don't really have a lot of words to describe what Julian did today. Where he has been and what he's had to battle and what he has had to overcome, I'm really proud of him."

Edelman finished the regular season with 74 catches and a team-high 850 receiving yards with six touchdowns. He kept it going through New England's first two playoffs games, hauling in 16 catches for a team-high 247 yards.

The Patriots led the Rams just 3-0 at halftime, but Edelman was a big reason for that. He tied a Super Bowl record with seven of his catches in the first two quarters for 93 yards as New England outgained Los Angeles 195-57.

"He's an elite player," Rams defensive tackle Ndamukong Suh said. "He plays hard, found some holes in our defense in the first half and pretty much the third quarter."

Brady had won four of the MVP awards in the Patriots' previous five Super Bowl victories.

It seemed only fitting that Edelman walked off the field with this one.

Yep, little brother came up big on the biggest stage.