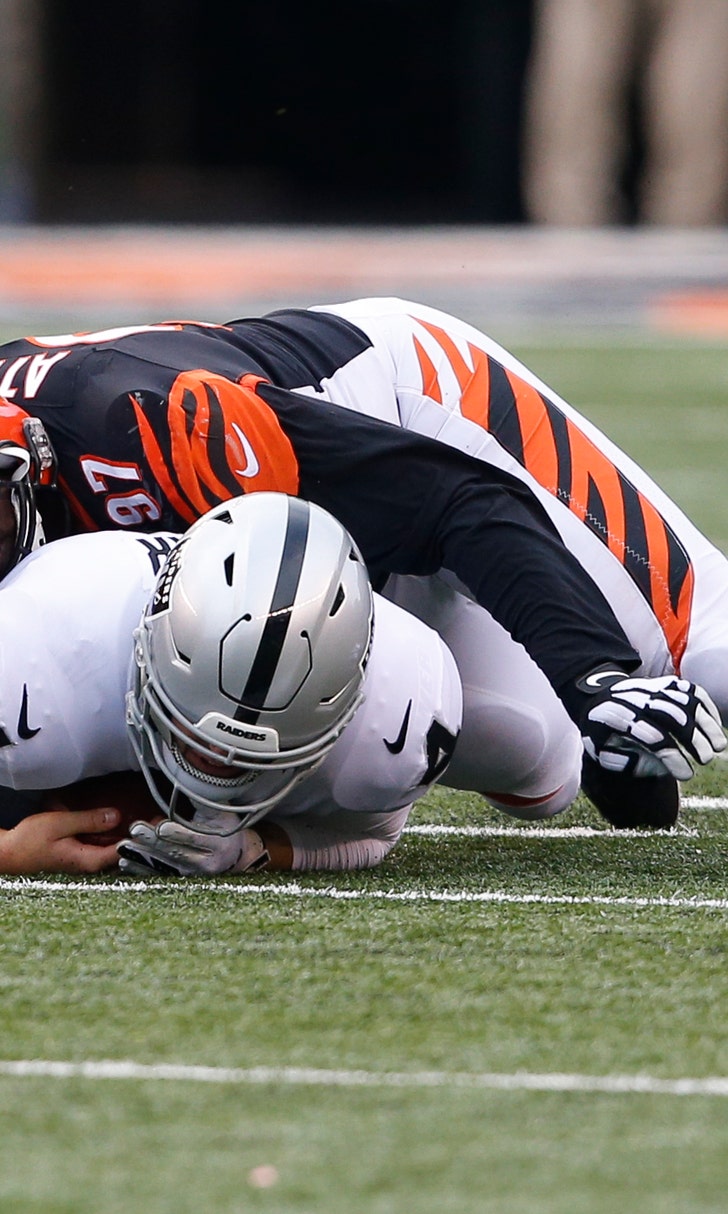 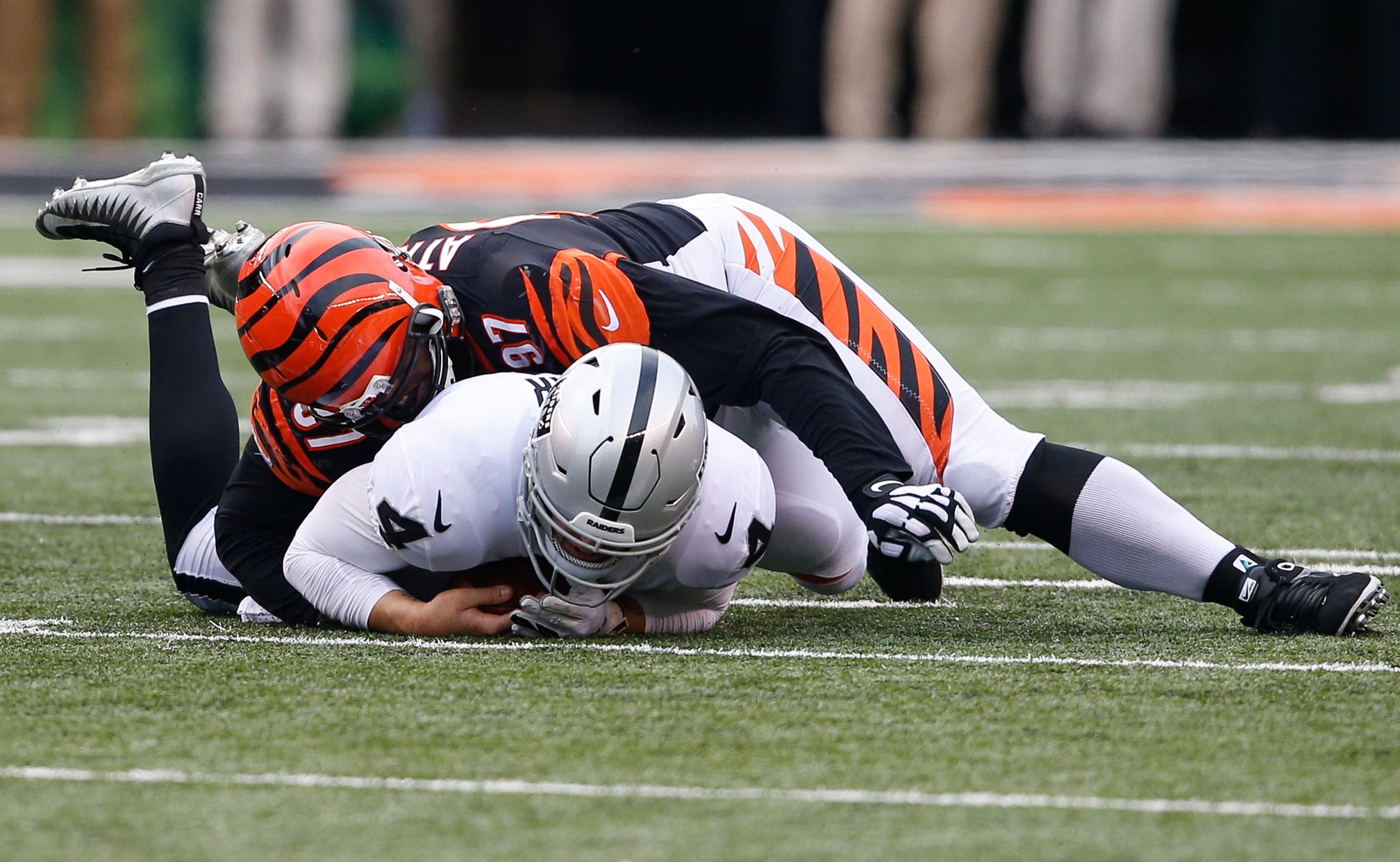 Raiders hope to get help for banged-up offensive line

ALAMEDA, Calif. (AP) — The Oakland Raiders go into the final stretch of the season not knowing if they will have their starting offensive line available for the remaining two games.

Coach Jon Gruden said he remained cautiously hopeful that left guard Kelechi Osemele can return from a toe injury and right guard Gabe Jackson can get back from an elbow injury in time for Monday night's home finale against Denver.

"You have to be realistic, not just hopeful," Gruden said Monday. "This is a serious toe injury that is hard for him to maneuver on. Gabe Jackson is suffering from a very legitimate elbow injury and it's hard to block people when you can't extend your arm. We're concerned, obviously. But, I will say this. Chaz Green and Denzelle Good — on a short notice — they did do some good things yesterday."

With a pair of backup guards who joined the team during the year, the Raiders struggled offensively against a Bengals team that came into the game as the lowest-ranked defense in the NFL.

Oakland allowed five sacks in a 30-16 loss as the offense generated just one touchdown behind the banged-up line.

While much attention was placed on the fill-in guards, it was the rookie tackles who struggled more, particularly left tackle Kolton Miller, who allowed two sacks and eight of the 16 pressures against Derek Carr, according to Pro Football Focus.

It's been a tough rookie season for Miller, who was selected 15th overall by the Raiders. Miller was hampered by a knee injury he played through earlier in the season and has appeared to lack the strength to deal with NFL pass rushers at times.

According to Pro Football Focus, Miller has allowed more sacks (14) and total pressures (59) than any other player in the league. But Gruden remains confident in Miller.

"For a rookie, he's been able to handle the peaks and valleys of his rookie season very well," Gruden said. "He's had some really good games. He's had some games where he's had his eyes opened. He's not the first rookie left tackle that has gone through this. We'd like to see him finish with some authority and we have to help him do that with a much better protection plan than I called yesterday."

The poor protection has taken a toll on Carr, who has been sacked 47 times this season after having just 36 the previous two seasons combined. The only Raiders to be sacked more in a season since the merger are Rich Gannon with 49 in 1999 and Jeff George with 58 in 1997.

Carr has also been sacked at least three times in seven straight games, the longest single-season streak since Blake Bortles did it in the final seven games of 2014.

"I think Derek has played great," Gruden said. "Somebody told me he had 3,700 yards and 68 percent completions in 13 games. That's astonishing. With three new guards, losing a right tackle, a feature back, three top receivers. The guy is a hell of a player. The guy is a great quarterback. We are very pleased and proud of what he has done. We know we got to get better around him, and that we will."

NOTES: Gruden said there's a chance T Donald Penn could be activated from IR from a groin injury that sidelined him in Week 4. ... CB Gareon Conley is in concussion protocol after leaving Sunday's game with the injury.