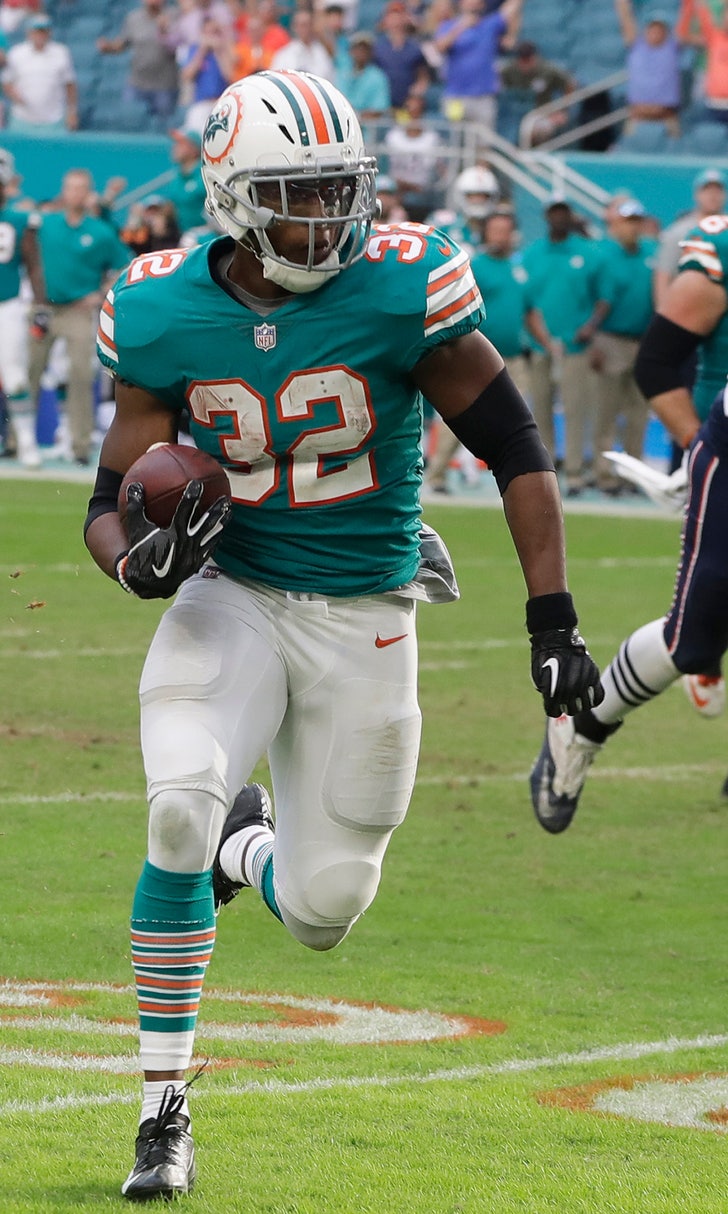 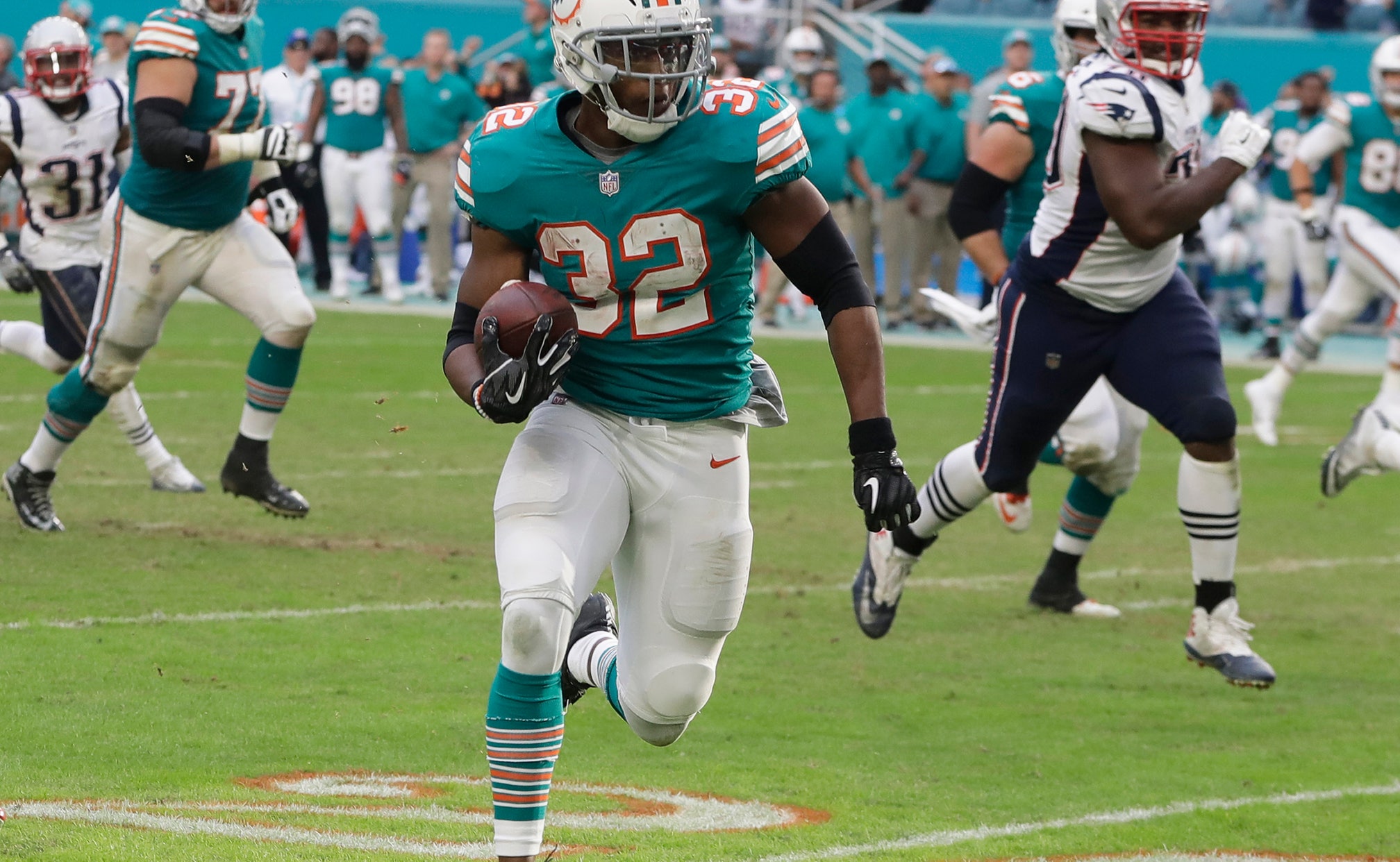 The San Francisco 49ers aren't accustomed to lining up in victory formation. So, it should come as little surprise that third string quarterback Nick Mullens took a knee too quickly on fourth down, giving the ball back to the Broncos with 5 seconds left.

Trailing 20-14, Denver had one last, long shot at a 61-yard touchdown on a hook-and-ladder prayer, the likes of which hadn't been seen in the NFL since ... well, about three hours earlier when the Dolphins stunned the Patriots 34-33 with the longest play from scrimmage to win a game with no time remaining in the fourth quarter since the 1970 AFL-NFL merger.

Alas, the Broncos couldn't match the "Miami Miracle " with their own magic as Devontae Booker allowed Tim Patrick's throw-back to bounce past him and out of bounds at the San Francisco 39.

That took Mullens off the hook.

"It was a good rookie mistake," 49ers coach Kyle Shanahan said. "That was good because he'll learn it forever and it won't happen again and it didn't cost us the game."

"I shouldn't have done it in the first place," Mullens said. "Are you kidding me?"

The Patriots made a couple of uncharacteristic blunders in their meltdown in Miami on Sunday.

New England squandered a scoring chance at the end of the first half. With 14 seconds left and no timeouts, Tom Brady took the snap on third-and-goal at the Miami 2, and when he was sacked by Robert Quinn the clock ran out, leaving the Patriots with a 27-21 lead.

"Situational football," said NBC analyst Tony Dungy. "The Patriots are the best in football at that. But Bill Belichick called the play at the end of the half, figuring his quarterback, Tom Brady, is going to make a good decision, and Tom didn't throw the ball away. Cost them three points."

The Patriots had bigger brain lock in the final seconds of the fourth quarter, sending lumbering tight end Rob Gronkowski onto the field to defend the "Hail Mary" pass as the Dolphins lined up at their 31 with 7 seconds left, trailing 33-28.

New England coach Bill Belichick said the reason Gronkowski was at safety instead of Devin McCourty, one of New England's best defensive players: "It would be his ability to play the deep, long throw."

Ryan Tannehill, though, is no Aaron Rodgers.

"I think it was a little too far to get to the end zone," Belichick acknowledged Monday, "but certainly a deep pass in that situation is a possibility. I wouldn't rule that out."

Instead, Tannehill threw a 14-yard pass to Kenny Stills, who lateraled to DeVante Parker, who quickly lateraled to speedy running back Kenyon Drake at midfield.

Despite a history of back, knee and shoulder issues, Gronkowski remains one of the game's premier tight ends.

A good defender, he is not.

He took a bad angle and stumbled as he tried to cut off Drake, who beat both Gronkowski and defensive back J.C. Jackson into the end zone to keep alive the wild-card chances of the Dolphins (7-6).

"They've got Gronkowski in for a jump ball that's not going to happen," Dungy said. "It's 70 yards away. We just are not used to seeing that from the Patriots."

At Levi Stadium where the Broncos won Super Bowl 50, Shanahan beat the team his father led to two Super Bowl championships — and which chose Vance Joseph over him 23 months ago.

Joseph was widely thought to have stepped into the best situation when he took over a 9-7 team that was a year removed from a Super Bowl parade last year, famously saying it wasn't a rebuild but a reboot.

Joseph's 11-18 record is slightly better than Shanahan's 9-20 mark, which is the worst of the league's six second-year head coaches. However, Shanahan has franchise quarterback Jimmy Garappolo on IR.

Joseph has Case Keenum, who's gone from fantastic fill-in last year in Minnesota to journeyman in Denver.

Joseph criticized his quarterback on Monday , saying Keenum is playing too cautiously and not taking shots down the field for fear of throwing an interception.

Should the Broncos (6-7) post back-to-back losing seasons for the first time since 1971-72, both Joseph's and Keenum's jobs could be in jeopardy.

Other notable calls in Week 14 included:

—Referee Brad Allen's crew in Seattle picked up the flag after Bobby Wagner put his hands on teammates' shoulders in his line-leaping block of a Vikings field goal attempt in the game-turning play Monday night. Seattle led 6-0 at the time and went on to win 21-7.

—The Panthers didn't target Christian McCaffrey in three tries from the 3 in the waning minutes of their 26-20 loss at Cleveland even though McCaffrey had topped 100 yards from scrimmage and scored twice Sunday, giving him a dozen touchdowns in his last seven games.

—And the Eagles-Cowboys classic was marred by an iffy offensive interference flag on Philadelphia tight end Dallas Goedert for a swim move he put on Cowboys safety Jeff Heath, nullifying his 75-yard touchdown catch in the fourth quarter.

NBC analyst Rodney Harrison called it the worst call of the weekend: "There's no way that was an offensive pass interference," Harrison said, "and that's coming from a defensive guy."