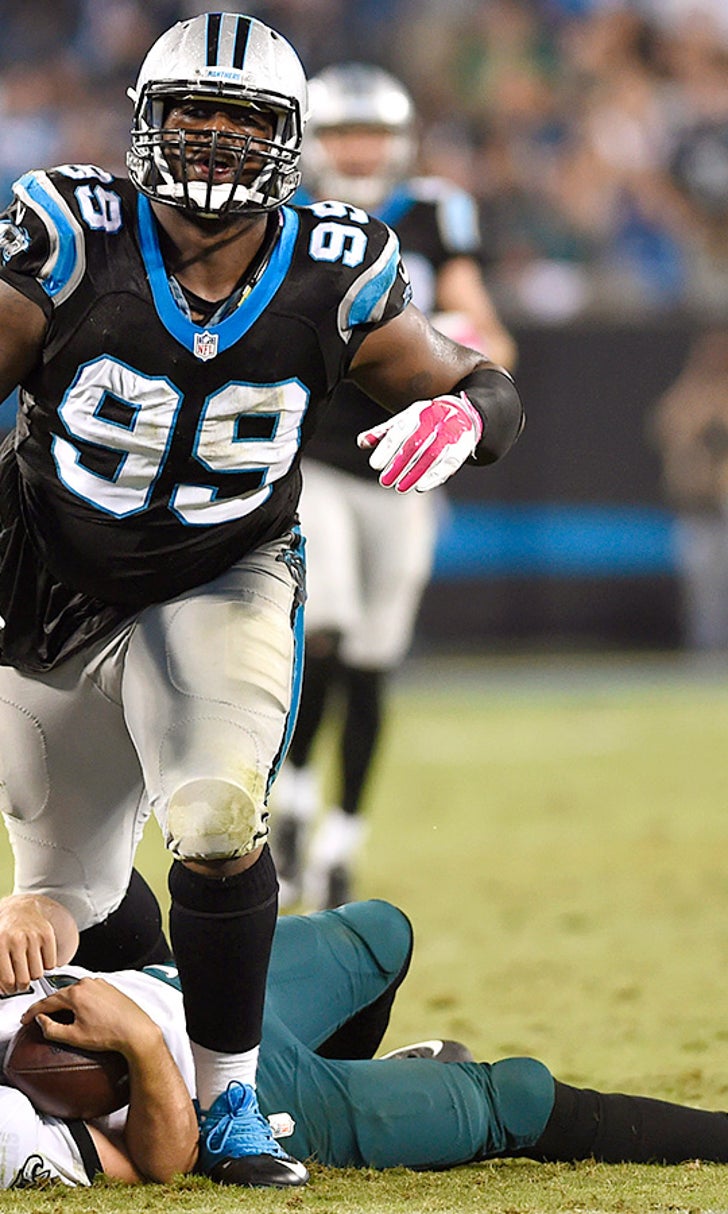 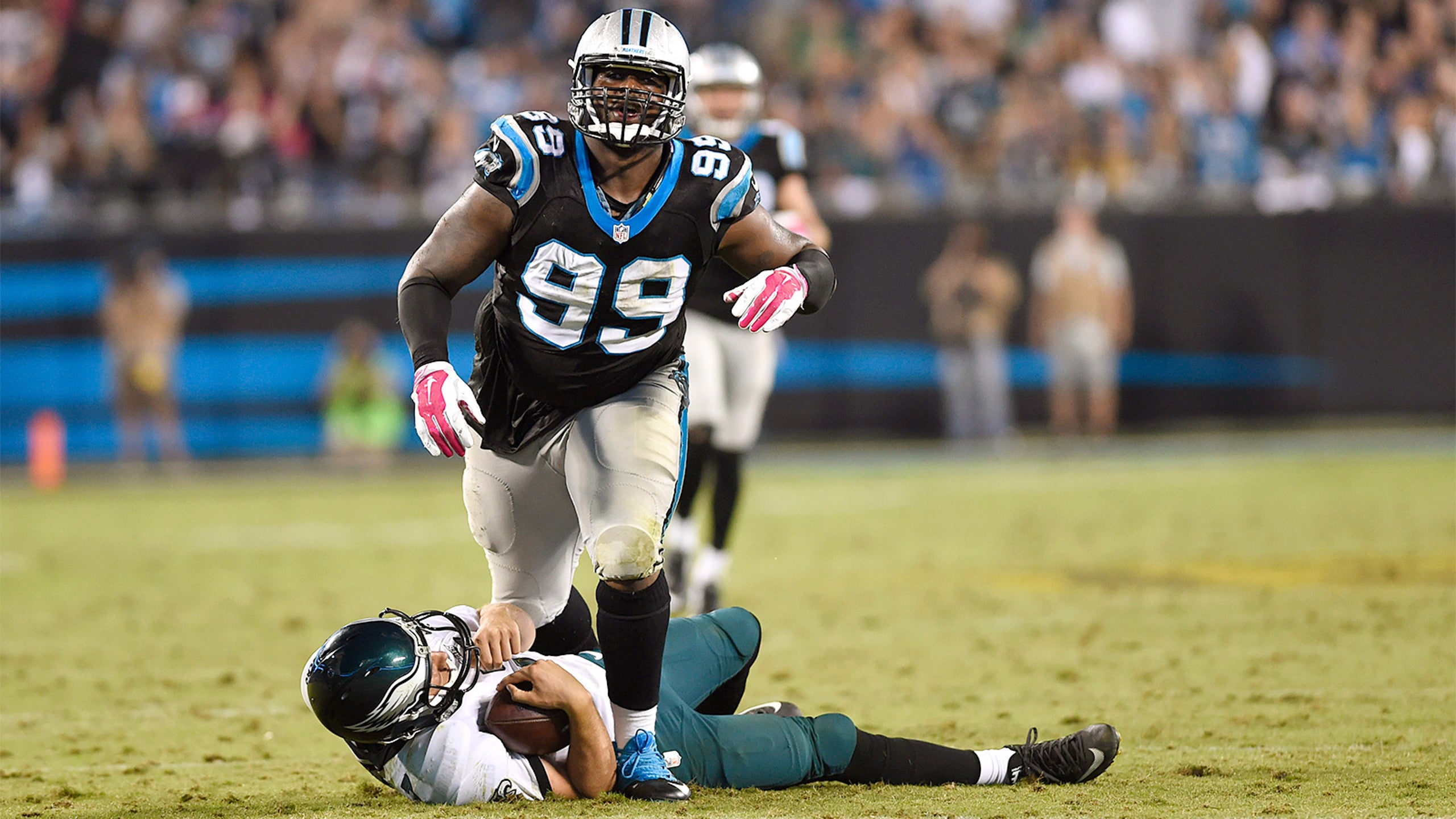 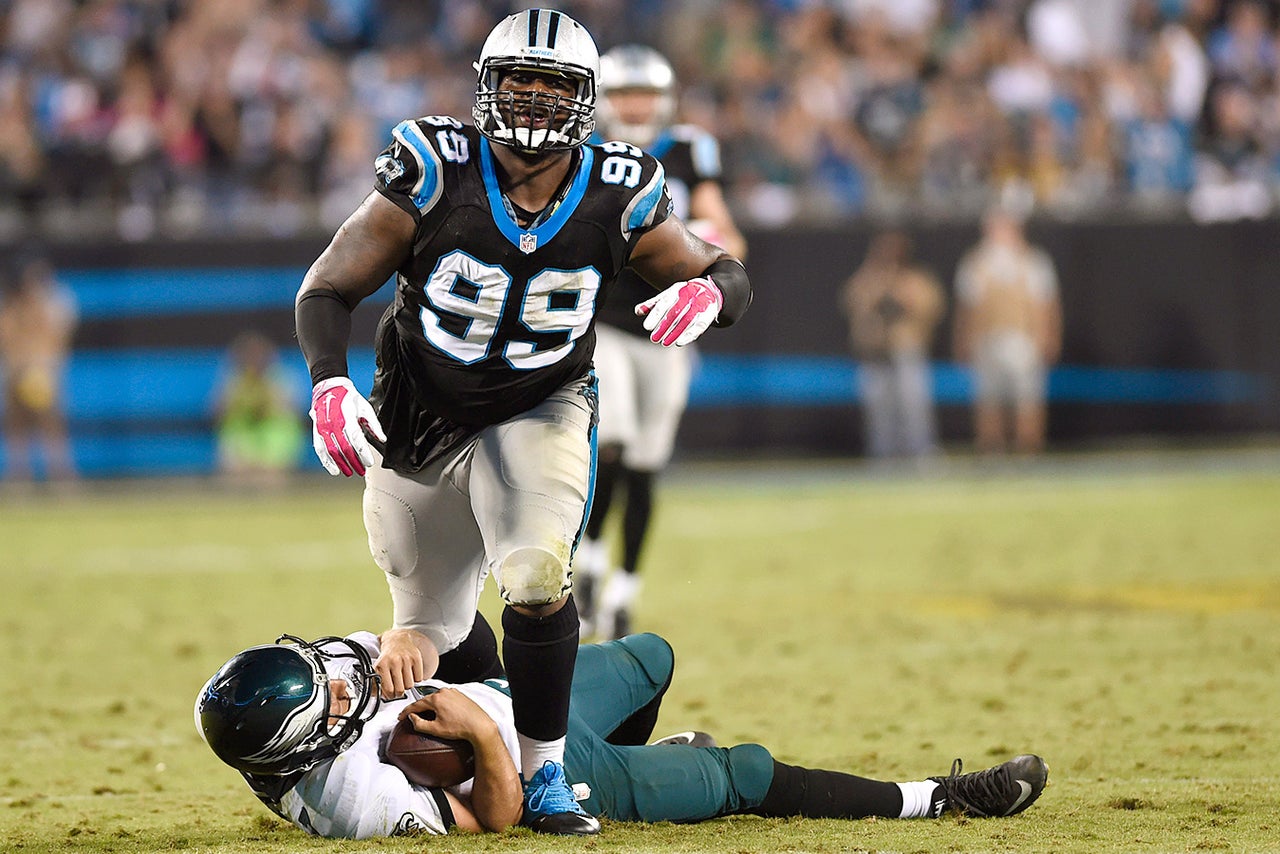 CHARLOTTE, N.C. (AP) The Carolina Panthers weren't certain where their pass rush would come from after defensive end Charles Johnson went down with a hamstring injury.

The third-year defensive tackle has stepped up, providing an inside pass rush for unbeaten Carolina. Short has five sacks in the past two games and on Thursday was named NFC defensive player of the month for October.

''He definitely shows up on film,'' said Indianapolis Colts quarterback Andrew Luck, who'll face the Panthers on Monday night. ''He makes a bunch of plays for an interior guy. He's got a great motor. We have a lot of respect for him.''

Short's stock had fallen before the draft with the knock on him being that he took too many plays off. Panthers coach Ron Rivera said that's because Short was asked to play nearly 70 plays per game in college.

Rivera was ''shocked'' when Short fell to the middle of the second round. The Panthers had already drafted defensive tackle Star Lotulelei in the first round, but when Short because available the Panthers viewed it as an opportunity to solidify their interior defensive front for years to come.

The 6-foot-3,315-pound Short is a different style of player than Lotulelei.

Lotulelei is stout against the run and his main job is to take up blocks. Short is a quick three-technique speed rusher, and Rivera views him in the same mold as Warren Sapp and Tommie Harris - two defensive tackles who excelled in the Tampa 2-style defense.

''If you have a three-technique who is an explosive guy (in that defensive scheme) who can make plays, he's a difference maker,'' Rivera said. ''You look for that explosive guy. And that's who we have - a guy who is explosive and has good vertical push where if a quarterback is stepping up, he's stepping into him. If the quarterback doesn't step up and stays back, your defensive backs have a chance to make plays.''

''He's putting it all together,'' Kuechly said. ''We always knew that he could rush the passer and that he was quick and had great hands. He's made a lot of big plays for us this whole season and it has really given a boost to our defense.''

Short said he's gotten smarter as a player in his third season and that he's quicker than when he came into the league.

He also downplayed his production.

''It means I'm doing my job,'' Short said. ''That's what they bring me in for - to be one of those players to come in and dominate. I'm just living up to expectations.''

Rivera said some of Short's success has been the result of the players around him, particularly those on the defensive line, including Lotulelei.

''It's one of those things where the unit is playing well and he just happens to be the guy that has made the plays for us,'' Rivera said. ''He works well with Star and they complement each other very well.''

With the Panthers having swept NFC Defensive Players of Month honors so far - cornerback Josh Norman won the award in September - Rivera was asked when his high profile linebackers like Luke Kuechly and Thomas Davis are going to get in on the action.

Rivera cracked a smile and joked that he'll have to get after them, saying ''those guys are slacking a little bit.''

NOTES: Panthers linebacker Shaq Thompson remains out of practice with a knee injury. Center Ryan Kalil (ankle) also sat out and his status for the Colts is uncertain.