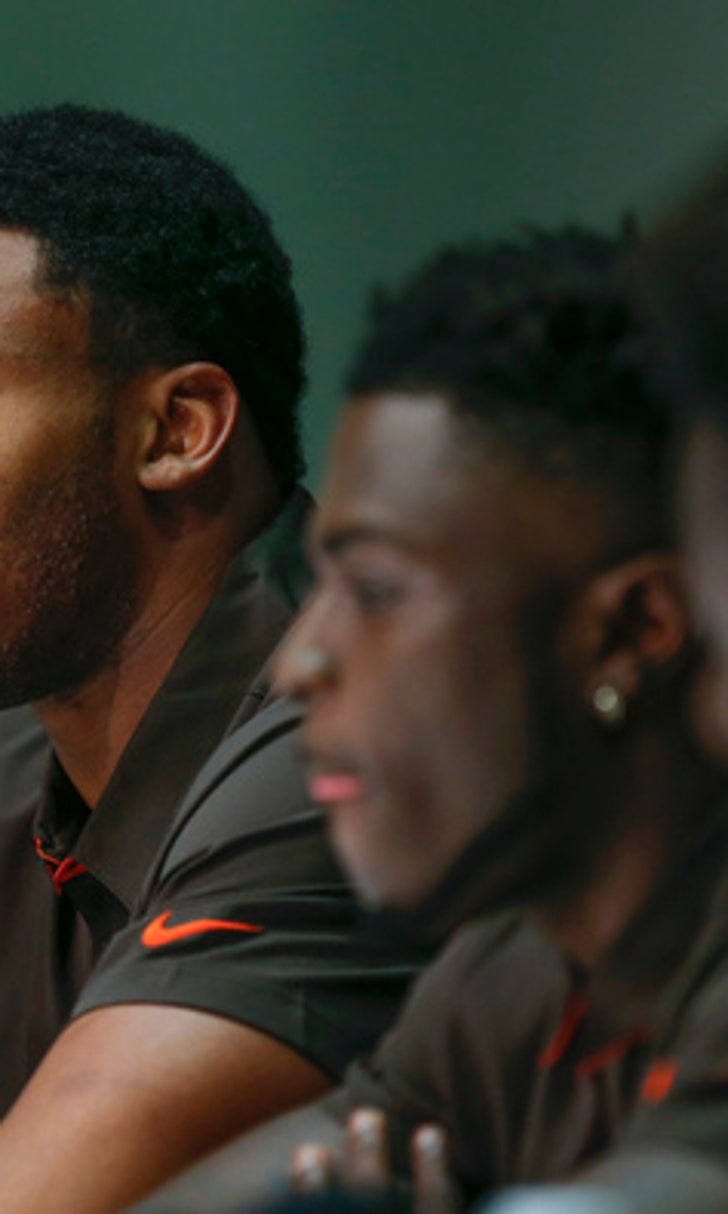 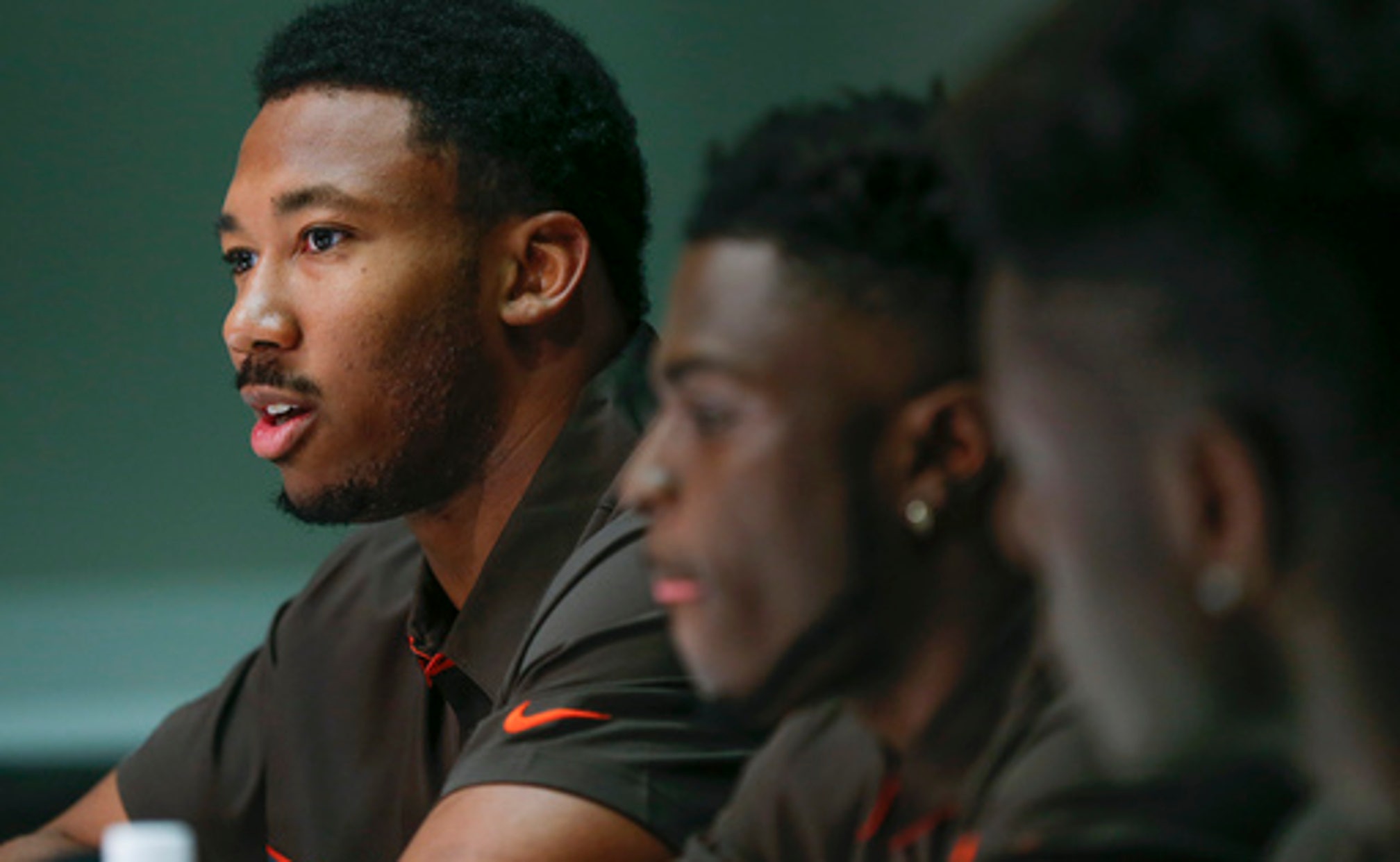 No. 1 and only: Browns' top pick Garrett eyeing greatness

BEREA, Ohio (AP) Myles Garrett discussed his deep interest in poetry and dinosaurs before shifting to another of his favorite activities.

''I love to hit,'' said the No. 1 overall NFL draft pick, drawing a smile from Jabrill Peppers, who was seated to his left as the Cleveland Browns introduced their new players. ''I love to hit and I love to compete. So those two things combined, that's why me and him are sitting by each other.''

Not long after flying to Cleveland in a private jet on Friday, Garrett made quite a first impression in his first hours as a pro. The 21-year-old oozed confidence and composure during a news conference during which he and fellow first-round picks Peppers, the multi-dimensional defensive back from Michigan, and Miami tight end David Njoku were introduced to their new football home.

''He's my first target,'' Garrett said. ''I've been watching him or a very long time just growing up. So I finally get to face him and scheme against him and his left tackle and the whole offensive line and know what I'm up against.''

It's easy to see why the Browns fell hard for Garrett. Beyond his on-field production (32+ sacks in three seasons) and jaw-dropping measurements at the scouting combine ("he's too big to run that fast,'' said Peppers), Garrett seems wise beyond his years.

''He's an old soul,'' said Sashi Brown, the team's vice president of football operations. ''He does not seem like a guy that's going to be either fazed by the limelight or success. Frankly, he is just a competitive kid that loves football, wants to be the best, wants to be the best at it, maybe the best ever.''

That's Garrett's ambition. He wants to set the rookie sacks record, win a defensive player of the year award at some point and stay in the league long enough to leave a lasting mark on the game.

Pretty lofty, right? Well, one of Garrett's goals last season was to be the top overall pick. Check that one off.

A Renaissance man in shoulder pads, Garrett turned down a chance to recite some poetry.

''Maybe another time,'' he said with a laugh.

However, he wasn't bashful about saying there is more to him than meets the eye.

''I'm not ashamed of the things I like and the things I like to do in my off time,'' he said. ''I'm glad to let y'all know that I have other hobbies and other interests that keep me grounded, that keep stress from bothering me or taking away from my game. I am happy to enjoy myself, but when I'm back here and I'm on the field, those things go away and it is time to win.''

Garrett revealed he played the second half last season at about 75 percent because of an ankle injury. His lack of mobility led to criticism that he was taking plays off.

''They wanted me to get some rest, but I love my guys to much to sit out and have to watch them without me,'' he said.

Garrett will join a Cleveland defense that struggled in 2016 but will be rebuilt in the mold of its new coordinator Gregg Williams - aggressive, unpredictable and a little nasty.

Best known for his role in the New Orleans' pay-for-performance scandal, Williams can't wait to unleash Garrett, who said his new coach didn't get in his face on his first day in the building.

As they remain incomplete on offense while the search for a franchise quarterback continues, the Browns are piecing together something on defense. Peppers said he and Garrett can be a devastating duo.

Browns Put Feet on the Ground
In Thursday's 'Battle of Ohio,' the team from Cleveland ran, and ran, and kept running all over its rival from Cincinnati.
3 days ago