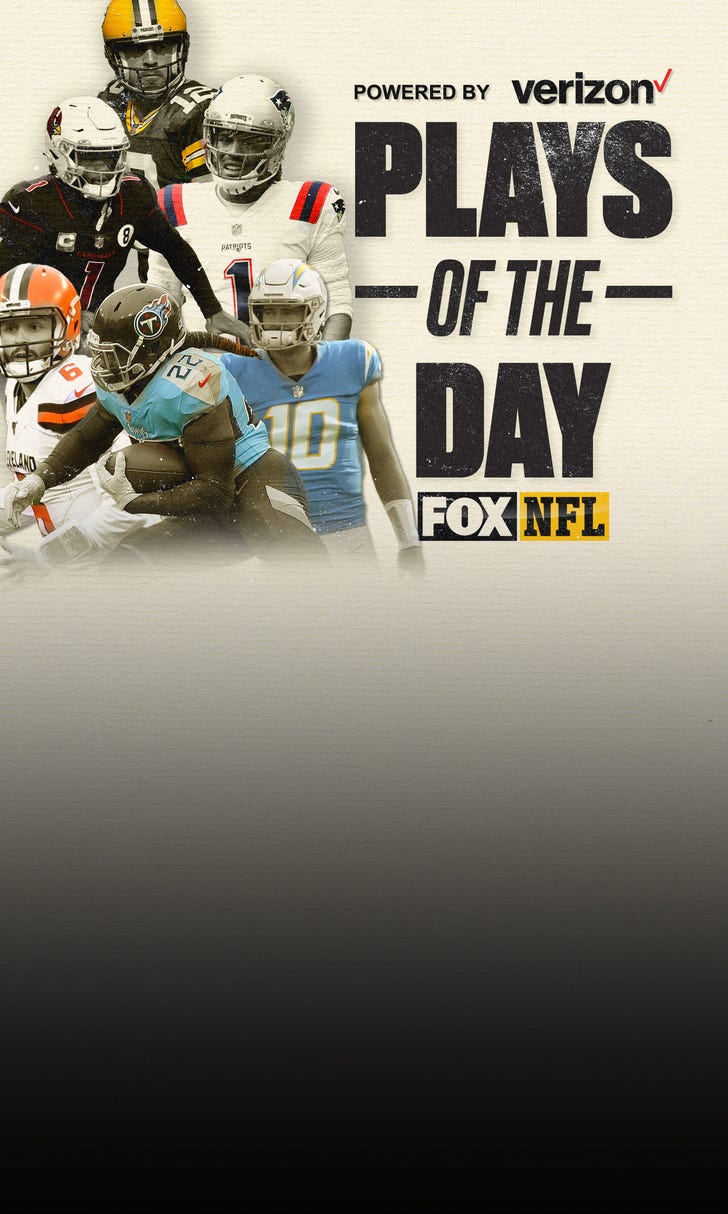 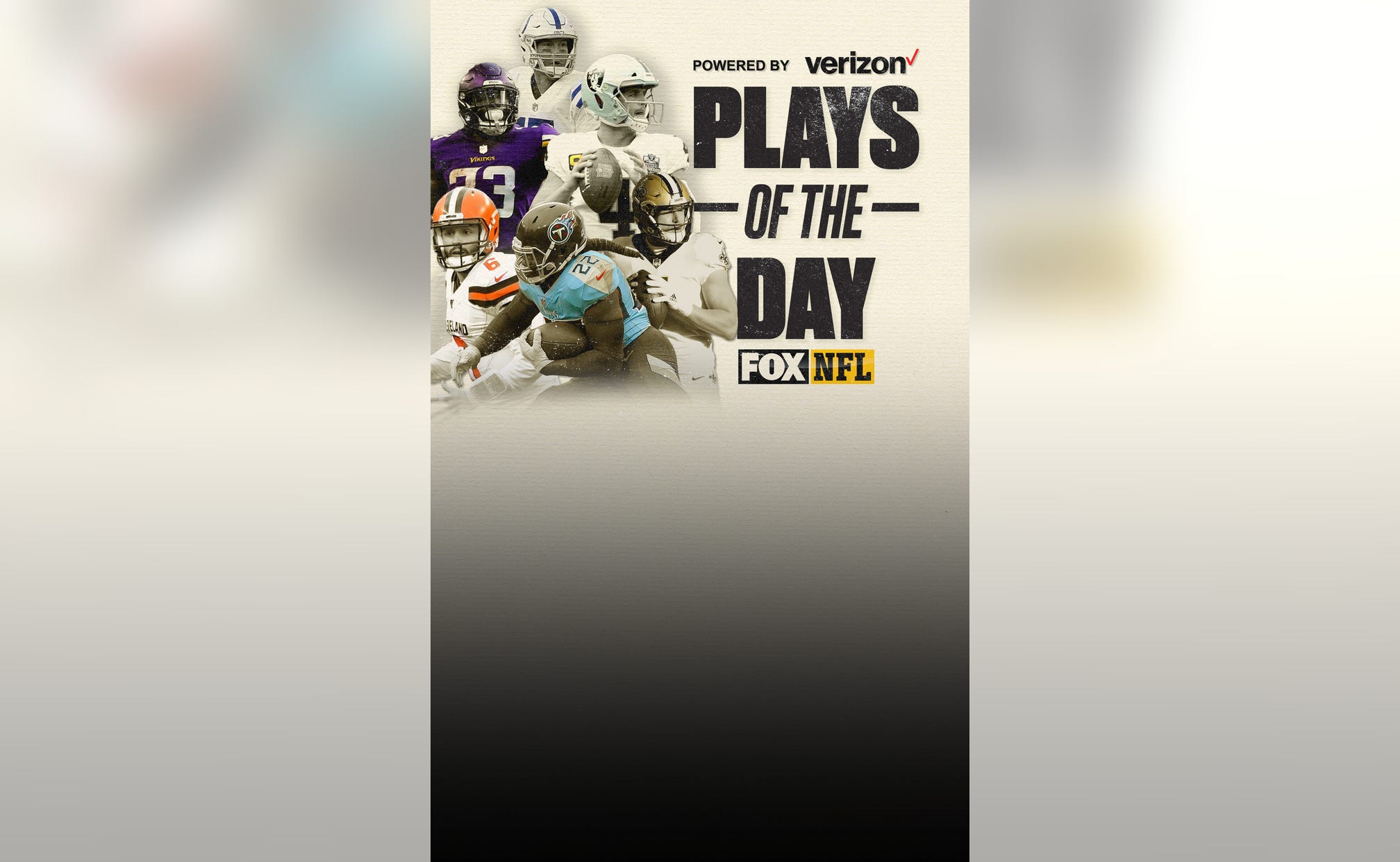 Week 13 of the NFL schedule features divisional rivalries, cross conference matchups, and the Jets coming oh so close to winning their first game of the season.

Here are the biggest moments from another thrilling Sunday in the NFL.

Close, but no cigar

The Jets were on the verge of finally winning a game, but Derek Carr and Henry Ruggs had other ideas.

The biggest storyline from the early slate was none other than Baker Mayfield's monstrous first half against the Tennessee Titans.

The first overall pick in the 2018 Draft, Mayfield has taken his fair share of criticism, but he dominated to the tune of four touchdown passes in the first half against the Titans, looking the part of a franchise quarterback.

It's safe to say that Baker woke up feeling dangerous this Sunday.

This is not a drill, Jalen Hurts is in at quarterback for Philly – and he looks good.

And Hurts found the end zone!

Reagor is the real deal

After a bobbled snap, Jalen Reagor recovered and hit the jets for a 74-yard punt return touchdown.

For the seventh consecutive game, Aaron Rodgers hooked up with Davante Adams for a touchdown.

Superman is in the building

Cam Newton still has some Superman magic left in him.

DK, are you joking?

Seattle's DK Metcalf was out there trucking defenders.

Getting after the QB

As much as things change, Aaron Donald getting sacks remains a constant.

Quandre Diggs stopped a promising scoring drive for the Giants by picking off Colt McCoy.

If Jamal Adams wants to get to the quarterback, there isn't anything opposing offenses can do to stop him.

Gunner Olszewski took this punt return 70 yards to the house to extend the Patriots' lead over the Chargers.

Oh, another one! The Pats get their second special teams touchdown of the day.

Jared Goff connects with tight end Tyler Higbee for a touchdown to give the Rams a 14-7 lead over the Cardinals.

New York Giants running back Wayne Gallman broke free for 60 yards to set up a New York score and take the lead.

But never count out Russ and Co. Just enjoy this dime from Mr. Wilson.

It took Taysom Hill three games as a starter for the Saints, but he finally threw his first touchdown pass against the Atlanta Falcons.

Indianapolis Colts wide receiver TY Hilton got off to a fast start against the Texans with a 21-yard receiving touchdown.

The concentration from Jacksonville wide receiver Laviska Shenault Jr. to catch this pass and score a touchdown was unmatched.

Off to the races

The 'Dawg Pound' is hungry

Browns defensive tackle Sheldon Richardson forced a fumble on Titans All-Pro running back Derrick Henry to give the Browns the ball.

Normally, Baker Mayfield is the quarterback for the Cleveland Browns, with Jarvis Landry playing wide receiver.

The two switched roles for this first down completion.

Boyd turns on the jets

The Cincinnati Bengals got on the board thanks to this 72-yard touchdown reception from Tyler Boyd.

Go up and get it

Two defenders? Not a problem for Titans wide receiver Corey Davis, who went up over the Cleveland secondary to snag this touchdown.

The Chicago Bears line Cordarrelle Patterson up all over the field, and this time he was used as a running back for this touchdown.

All he does is score

Adam Thielen has had no problem scoring touchdowns for the Vikings this season, adding to his total with another score against the Jaguars.

The arm strength and accuracy were on full display from Detroit Lions quarterback Matthew Stafford on this touchdown throw.

It was a productive first half for Las Vegas Raiders tight end Darren Waller, who scored his second touchdown against the Jets on a 38-yard reception.

Saints cornerback Marshon Lattimore had Falcons wide receiver Calvin Ridley smothered, but Ridley got the better of him on this beautiful catch.

Dolphins quarterback Tua Tagovailoa connected with Mike Gesicki to give Miami the lead.

A.J. Brown's fumbled almost cost the Titans a touchdown, but Mycole Pruitt was in position to scoop it up and take it in the endzone.

The Dolphins tight end was just showing off at this point.

The Falcons needed a big play, and they got it from the one and only Julio Jones.

Tee Higgins showed off his hops with this hurdle against the Dolphins.

Keep checking back for more updates throughout the day!

One More Matchup For The Ages
Tom Brady and Drew Brees have faced countless big occasions before, yet Sunday’s showdown between the Bucs and Saints feels different.
13 hours ago

What Is Rams vs. Packers? An Elite Clash
He'll soon fill in for Alex Trebek (no, really). First, Aaron Rodgers and the Packers must face down the NFL's top defense.
19 hours ago

How To Win $250,000 On Rams-Packers
Will the Rams be able to slow down the Pack? If you make the right choices, you could win big in the Super 6 contest.
19 hours ago

A Problem in Houston
Deshaun Watson is not happy with the Texans, and his days might be numbered in Houston. How did we get to this point?
19 hours ago
those were the latest stories
Want to see more?
View All Stories
Fox Sports™ and © 2021 Fox Media LLC and Fox Sports Interactive Media, LLC. All rights reserved. Use of this website (including any and all parts and components) constitutes your acceptance of these Terms of Use and Updated Privacy Policy. Advertising Choices. Do Not Sell my Personal Info