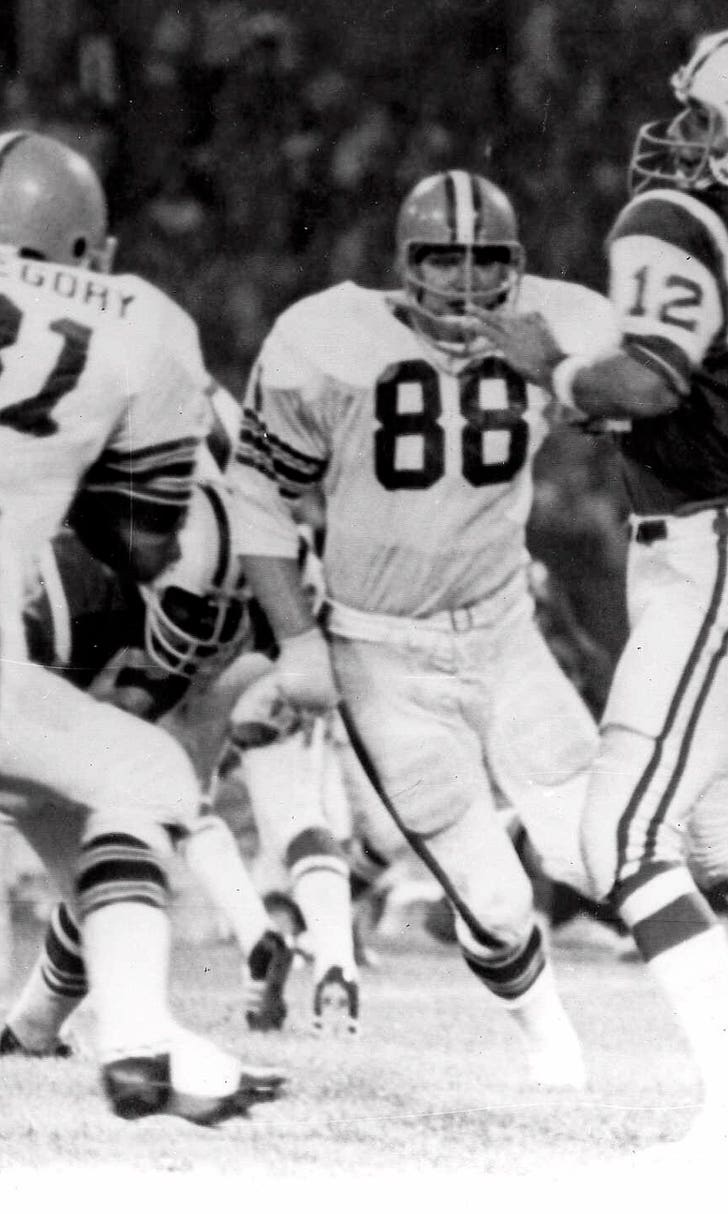 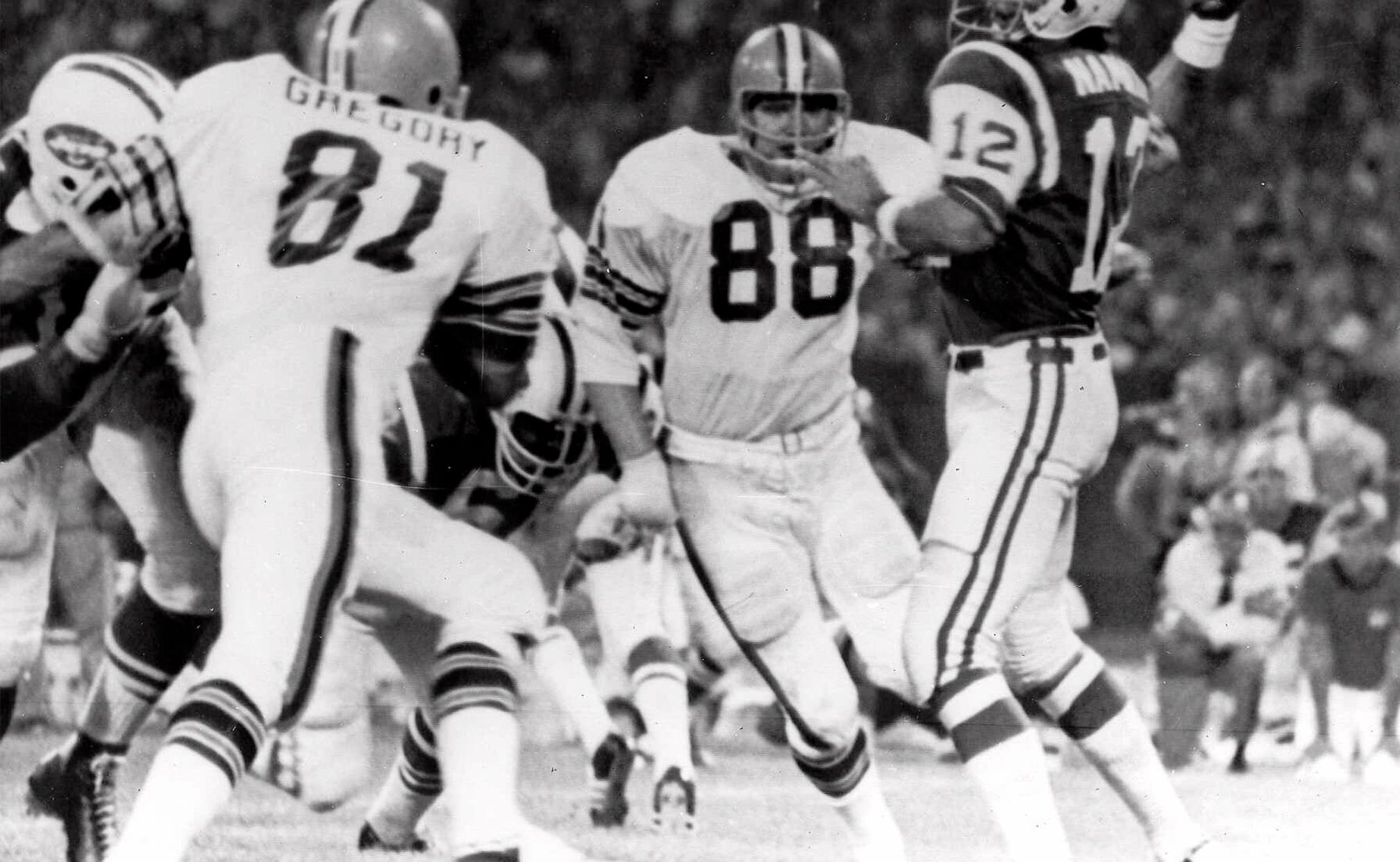 NFL At 100: AP Was There, First Monday Night Football Game

As part of its celebration of its 100th season, the NFL is designating a Game of the Week, each chosen to highlight a classic matchup. For Week 2, it is the Monday night game between the Browns and Jets.

To mark each Game of the Week, the AP will be reprinting its story of a classic matchup in the rivalry. The following is the story from the first Monday Night Football game in 1970, first published on Sept. 21, 1970, and written by Sports Writer Mike Rathet.

CLEVELAND (AP) — Joe Namath and Leroy Kelly were supposed to be the offensive stars in the inaugural game of pro football's prime-time telecasts. But the guys who moved the ball best were the guys in the striped shirts.

In all, 21 penalties were called, with a total of 262 yards marked off — more than the yardage gained by the Browns in winning the National Football League opener. The most damaging penalties were assessed against the Jets.

They were tagged for 13 infractions for 161 yards — a club record that obviously bothered coach Weeb Ewbank. But, despite prodding, the roly-poly coach of the Jets refused to put any blame on the officials.

What the Jets did was amass 455 yards offensively, 298 as Namath completed 19 of 32 passes. But among the penalties were three for pass interference, three for holding, and one for piling on. And there were three interceptions of Namath passes, a fumble by running back Matt Snell, and a mistake in judgment by return specialist Mike Battle.

Pass interference penalties by Jim Hudson and rookie Steve Tannen in the first quarter enabled the Browns to score their second touchdown for a 14-0 lead. Then, after the Jets made it 14-7, holding penalties by John Schmidt and Randy Rasmussen blunted a drive that ultimately ended with Walt Summer's interception at the 5.

After Homer Jones made it 21-7 Cleveland by taking the second-half kickoff 94 yards for a touchdown, the Jets closed again with a touchdown before Paul Crane's piling-on penalty contributed to a Cleveland drive that resulted in Don Cockroft's 26-yard field goal.

The penalties stopped at that point, and the Jets took it the rest of the way. Snell fumbled on the 7-yard line to kill one drive, but Namath still closed the gap to 24-21 with a 33-yard touchdown pass to George Sauer.

Then the Jets got another opportunity when Cleveland was forced to punt. Battle, however, failed to grab the punt on the New York 30. It bounced past him and he was downed at the 4, where Namath tried to get something started.

One completion brought the ball to the 18, but a second went into the arms of linebacker Mike Andrews, who returned it 25 yards for the final touchdown as a dejected Namath stood at the 5-yard line, his head bowed before the ear-splitting noise of a record 85,763 fans.