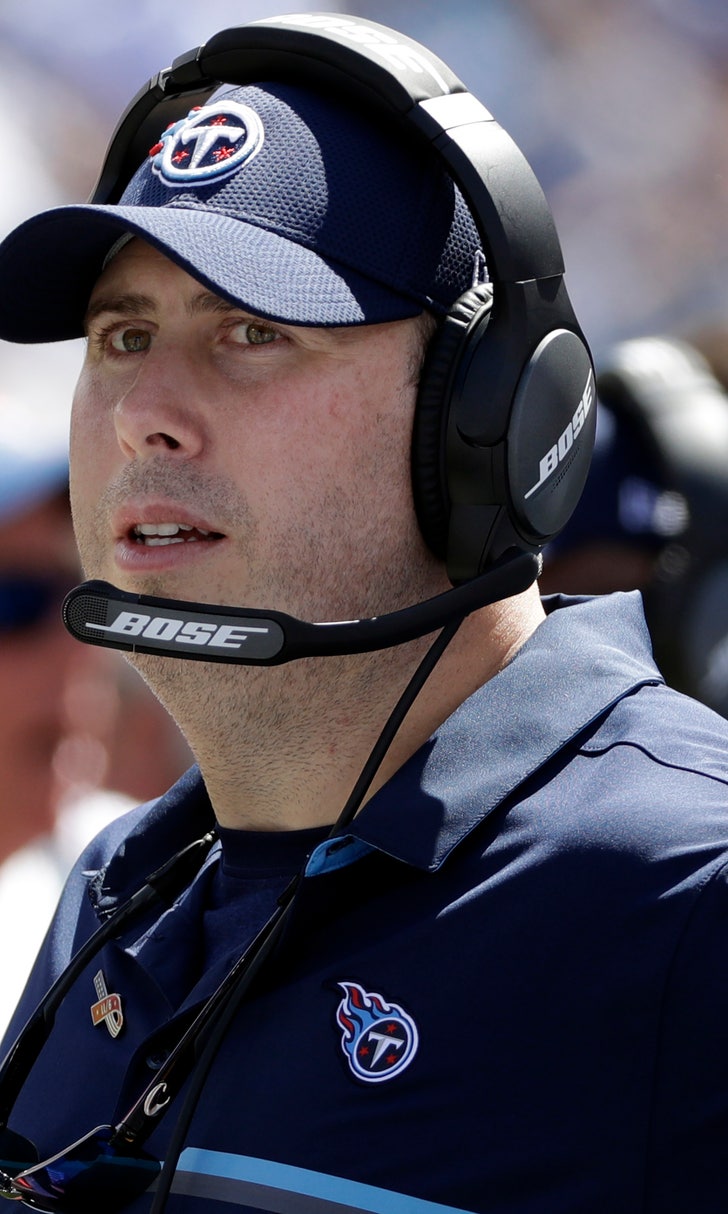 NASHVILLE, Tenn. (AP) — Arthur Smith has worked for a several head coaches, including four with the Tennessee Titans so he knows as well as anyone just how much turnover quarterback Marcus Mariota has dealt with in the NFL.

So while Smith represents more change, he and the Titans plan to keep things the same for Mariota's sake.

Smith will be the quarterback's fourth different offensive coordinator and fifth play-caller heading into this fifth NFL season. So to prevent Mariota and his teammates from having to learn new terminology for plays and protections, Smith isn't planning an overhaul of the playbook.

Continuity and familiarity were major factors in Smith's promotion from tight ends coach to offensive coordinator , replacing Matt LaFleur — who was hired last month by the Green Bay Packers. Smith said he made clear his career goals included becoming a coordinator when talking with Titans coach Mike Vrabel, and the man who started coaching as a graduate assistant at his alma mater North Carolina said he has been very lucky.

Mike Munchak hired Smith in 2011 as a defensive quality control assistant before switching him to offense. Smith assisted with the offensive line and tight ends in 2013 and became assistant tight ends coach in 2014 under new coach Ken Whisenhunt. When Mike Mularkey replaced Whisenhunt in November 2015, Smith took over the tight ends and coached the group through 2018 under Mike Vrabel .

"I've always just tried to do a good job with the job that they gave me," Smith said.

Smith takes over at a crucial period. The Titans have gone 9-7 in three straight seasons with only one playoff berth to show for it, and Mariota is under contract only for 2019 on his fifth-year option paying him $20.9 million.

The Titans need to know how much more they should invest in Mariota, who missed three starts including the season finale with a playoff berth on the line in 2018 and is 27-28 as a starter in his career. Mariota had his fewest yards passing with 2,528 yards last season and only 11 touchdown passes while being sacked a career-high 42 times.

While Smith won't be changing the terminology, he said there are offensive changes on the horizon.

Smith believes the best way to get the most out of Mariota is by improving the entire offense, and the Titans have plenty of room for that after ranking just 25th in total yards, 29th in yards passing and 27th in points scored. That's why the Titans aren't changing the language or the offense allowing them to start work faster April 15 for the offseason program. Smith made clear there are lots of variations in the offense, allowing flexibility for specific game plans.

Keeping Mariota healthy also will be critical to Tennessee's success.

"The play-calling definitely can help," Smith said. "It's not the end all be all, but it'll definitely be a conscious effort to keep him healthy."

Defensive coordinator Dean Pees also talked to reporters Tuesday for the first time since deciding to return for his second season on Vrabel's staff.

Pees, who turns 70 in September, spent the night of Nov. 18 in an Indianapolis hospital after having to leave the coaches' booth at the beginning of what wound up a 38-10 loss. Pees never has specified what his issue was, but he said it never was life-threatening, though he had a "couple things cleaned up" after the season.

He returns to the NFL's third-stingiest scoring defense, a unit that also ranked eighth in total yards allowed. Pees says it was a very easy decision to coach another season.

"I'm certainly hoping we can improve on what we did," Pees said.