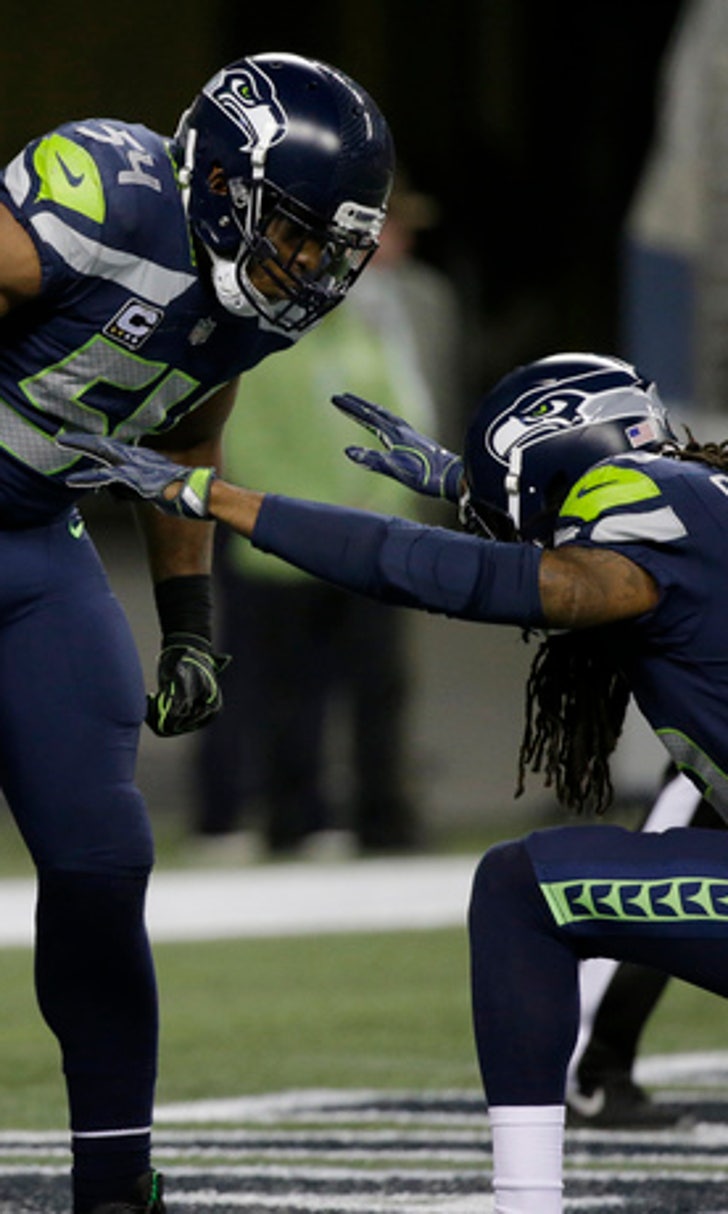 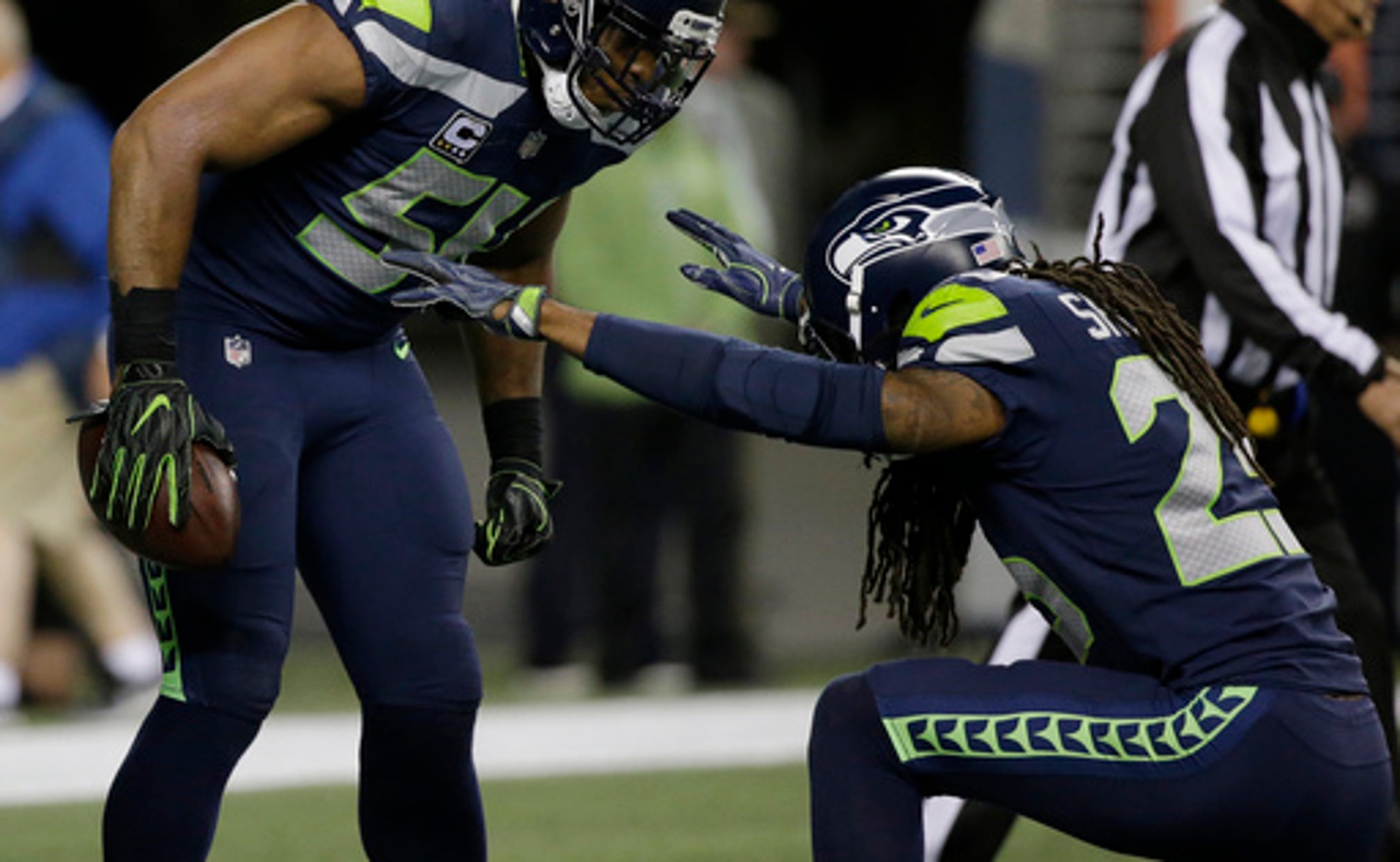 SEATTLE (AP) Deshaun Watson was brilliant against New England. He handled Tennessee and Cleveland, and only threw five touchdowns against Kansas City.

Watson has done all the Houston Texans could ask of him through the first five starts of his career.

For his next act, Watson will be asked to solve the best scoring defense in the NFL, featuring some of the best defensive backs of this generation in one of the loudest, most hostile road venues in the league.

''You play music and try to create noise, but you really can't prep yourself for it. You just have to wait until you get there Sunday and experience it,'' Watson said. ''You can blast the music all you want, but that's not going to help you on Sunday. It's going to be way louder.''

The biggest test thus far in Watson's rookie season arrives on Sunday when the Texans (3-3) travel to Seattle to face the surging Seahawks.

After a shaky start, Seattle (4-2) has won three straight - two of those on the road - and now gets four of the next six games at home with the only road trips being to Arizona and San Francisco.

And for as much respect as the Seahawks have for what Watson is accomplishing as a rookie, they're ready to introduce him to one of the league's premier defenses.

''He's poised. It's like (Carson) Wentz was last year when we played him. He doesn't always make the greatest decisions because he's a rookie. He's going to make mistakes. People make mistakes,'' Seattle cornerback Richard Sherman said. ''But he's poised. He doesn't get rattled easily. The moment is not too big for him.''

Watson is on pace for one of the best rookie seasons ever by a quarterback, especially considering he didn't start the opener. Watson's 15 TD passes are the most by a rookie in his team's first six games of a season.

Twelve of those have come in the past three games where he's posted a 118.3 passer rating and tossed just two interceptions. He's the first rookie in league history with three straight games of three or more TD passes.

It's special what Watson has accomplished. Doing it against a caliber of opponent such as Seattle would be a significant next step.

''It doesn't take long to see how versatile he is, the dynamic player that he is,'' Seattle coach Pete Carroll said. ''... There's nothing he can't do. He's doing it all and he's making marvelous throws and these tights window throws, all across the board from the top down. He can do it all so they've got to be just thrilled they have him.''

Seattle has a pretty good quarterback of its own, one with many of the same attributes as Watson. It's no wonder that Russell Wilson is regularly included in the clips Houston coach Bill O'Brien shows his quarterbacks each week.

Wilson threw for 334 yards and three touchdowns in last week's 24-7 win over the New York Giants. Wilson has 10 touchdown passes and three interceptions in the past four games.

Here's what else to watch for as the Texans visit Seattle for the first time since 2005:

BACK ON TOP: Seattle is back to having the best scoring defense in the league at 15.7 points per game. They looked shaky early in the season, especially after giving up 33 points to Tennessee, but have been outstanding during the three-game win streak in shutting down the Colts, Rams and Giants.

While the Seahawks secondary gets most of the credit, the run defense has led the way during the win streak, allowing 81.3 yards per game.

BROWN'S BACK: Houston's offensive line got a boost when Duane Brown ended his holdout and reported to the team this week after failing to receive a new contract.

Houston coach Bill O'Brien is optimistic that Brown will be able to play on Sunday and try to slow Seattle's pass rush.

''He's a 10-year veteran, Pro Bowl tackle, very athletic, very smart, tough, so anytime you get a guy like that back, it's a good thing,'' O'Brien said. ''He came back and passed the conditioning test, he looks like he's in good shape, and we'll just keep bringing him along in practice and see if he can help us on Sunday.''

FREENEY ARRIVES: Seattle signed veteran pass rusher Dwight Freeney this week to help bolster a pass rush looking for additions after Cliff Avril was placed on injured reserve with a neck injury. Freeney had just three sacks last season with Atlanta, but Seattle would like to see more from its pass rush. The Seahawks have just 12 sacks in part because teams are using more short and quick passes against Seattle's defense.

CATCHING ON: DeAndre Hopkins will always be the Texans' primary pass catcher, but Will Fuller is providing contributions. Fuller has five touchdown catches in his three games this season and is averaging nearly 20 yards per catch.

''If we're clicking, that means maybe the offense is rolling,'' Fuller said.