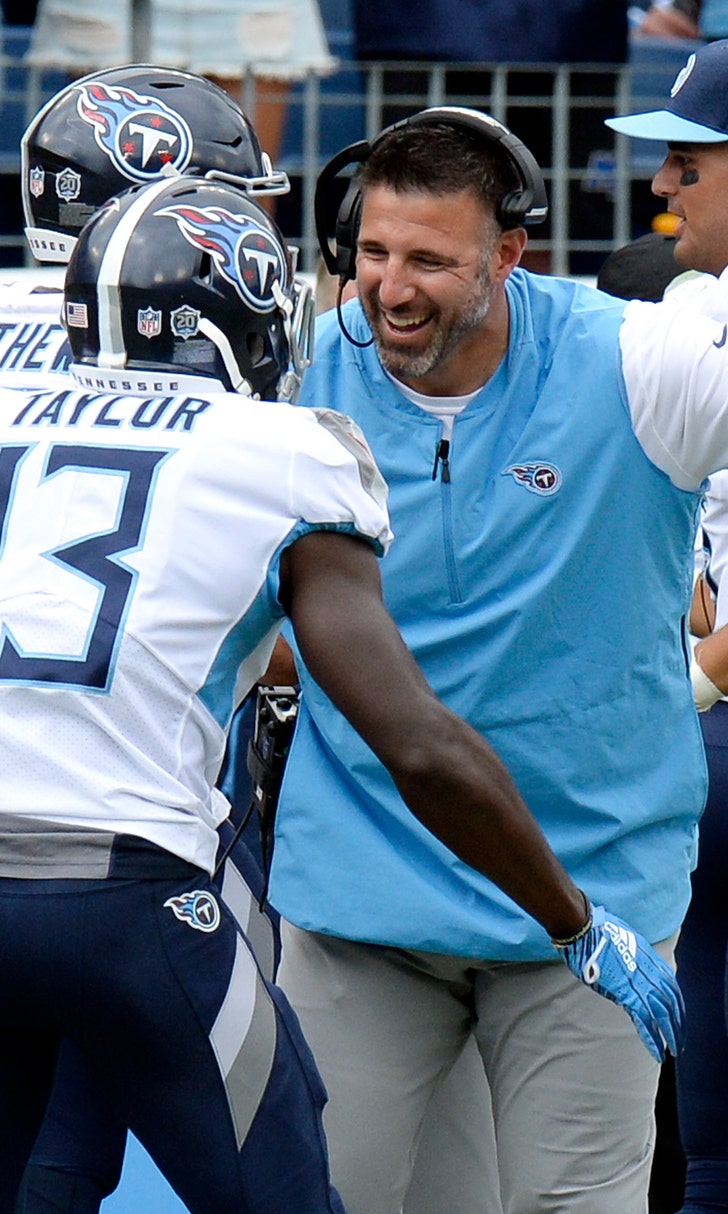 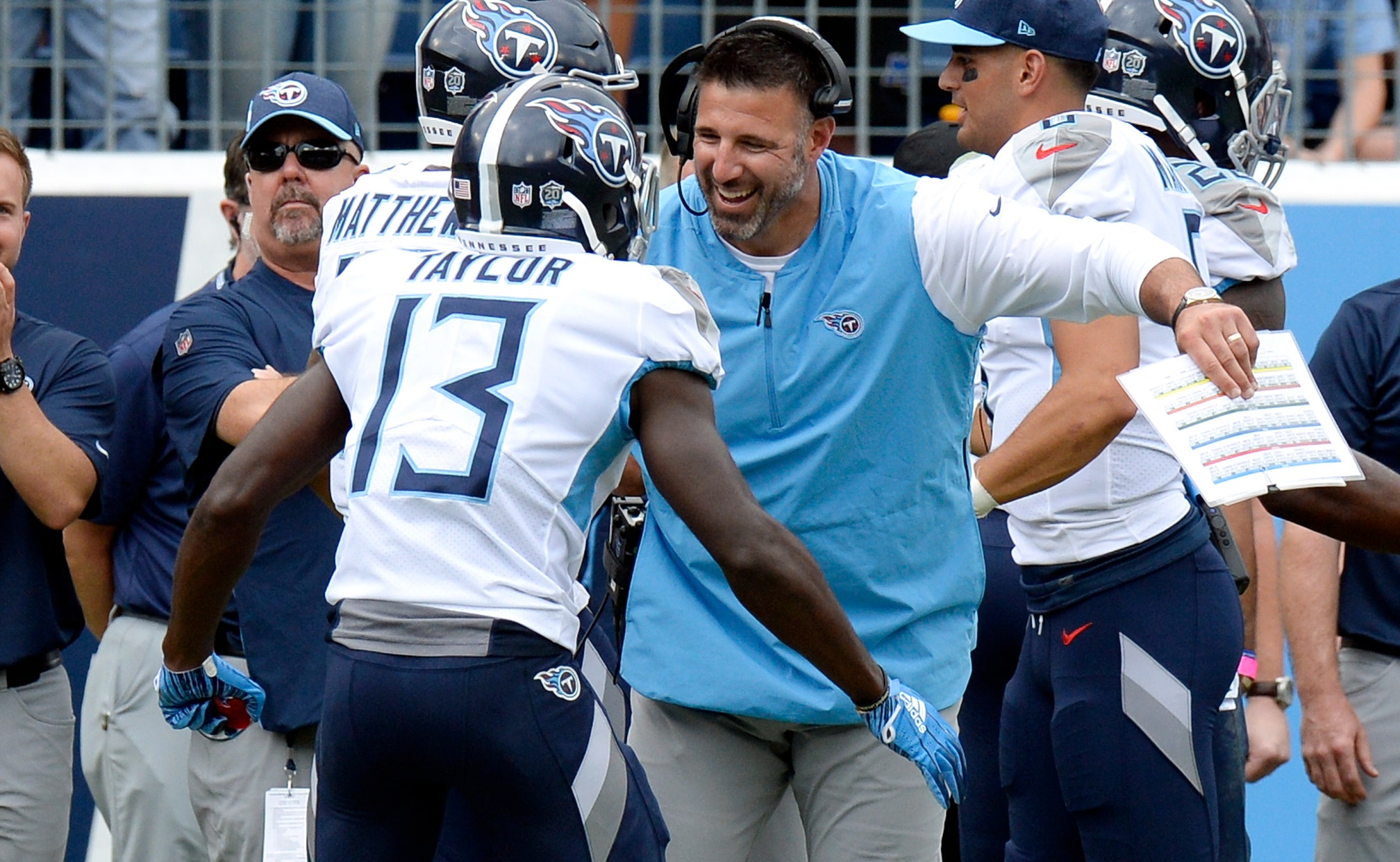 NASHVILLE, Tenn. (AP) — A game ball for his first victory as an NFL coach is on Mike Vrabel's desk, and the Tennessee Titans got their first "Victory Monday" off of the season.

The celebration is a bit short-lived while some key starters are rehabbing injuries.

Yes, the Titans (1-1) found a way to beat Houston 20-17 for a much-needed split in their first two games after losing the longest game since the NFL/AFL merger in 1970. Now they prepare for a trip to Jacksonville on Sunday and an early AFC South showdown with the defending division champ Tennessee swept last season before hosting the Philadelphia Eagles on Sept. 30.

But Tennessee might be without starting quarterback Marcus Mariota for a second straight week, and only time will tell if any of the Titans' top three offensive tackles might be available Sunday against the Jaguars (2-0) as well. Mariota still is having numbness in his right, throwing hand from hurting his elbow in the season opener.

Mariota watched from the sideline, active and dressed. Vrabel said Mariota physically remains about where the quarterback was Friday or Saturday when the Titans decided to start backup Blaine Gabbert instead of Mariota.

"I think and I'm hopeful that it'll improve as quickly as possible," Vrabel said of Mariota on Monday.

That puts Gabbert in line for a second straight start, this against the team that drafted him at No. 10 overall in 2011 no less. It wouldn't be his first game against his old team. Gabbert led Arizona to a victory last November over the Jaguars, and he said this isn't his first rodeo.

"I've been in a lot of different situations. I'm always ready to go," Gabbert said. "Whether you're a starter or a backup, 13-guy, you've got to have the same routine, week-in and week-out. Otherwise, you have nothing to fall back on when your number is called. I just stuck to my routine, prepared the same way as I always have, and just stuck with that."

Vrabel said right tackle Dennis Kelly, who has been filling in while starter Jack Conklin recovers from the left ACL torn in January, has been released from the hospital after dealing with an undisclosed illness. Vrabel said Conklin should do more at practice this week, while two-time Pro Bowl Taylor Lewan is progressing in the concussion protocol.

"When that guy's ready, we'll put him in the game," Vrabel said.

The coach and his assistants showed in their win over Houston that they could find ways for the Titans to score points and move the ball even missing several key starters.

The Titans used a fake punt for a 66-yard touchdown pass , and Derrick Henry ran the wildcat for a handful of snaps on Tennessee's lone TD drive. Defensively, the Titans came up with four sacks and an interception. They also limited Deshaun Watson to a final completion that proved meaningless as the clock expired.

"I'm definitely excited for this team overall," Orakpo said. "We finally came out on the right end, and we're trying to get back to the winning ways. We still have a long way to go and a long road ahead of us, but I'm excited because it was a big divisional win and coach Vrabel's first win. Very exciting."