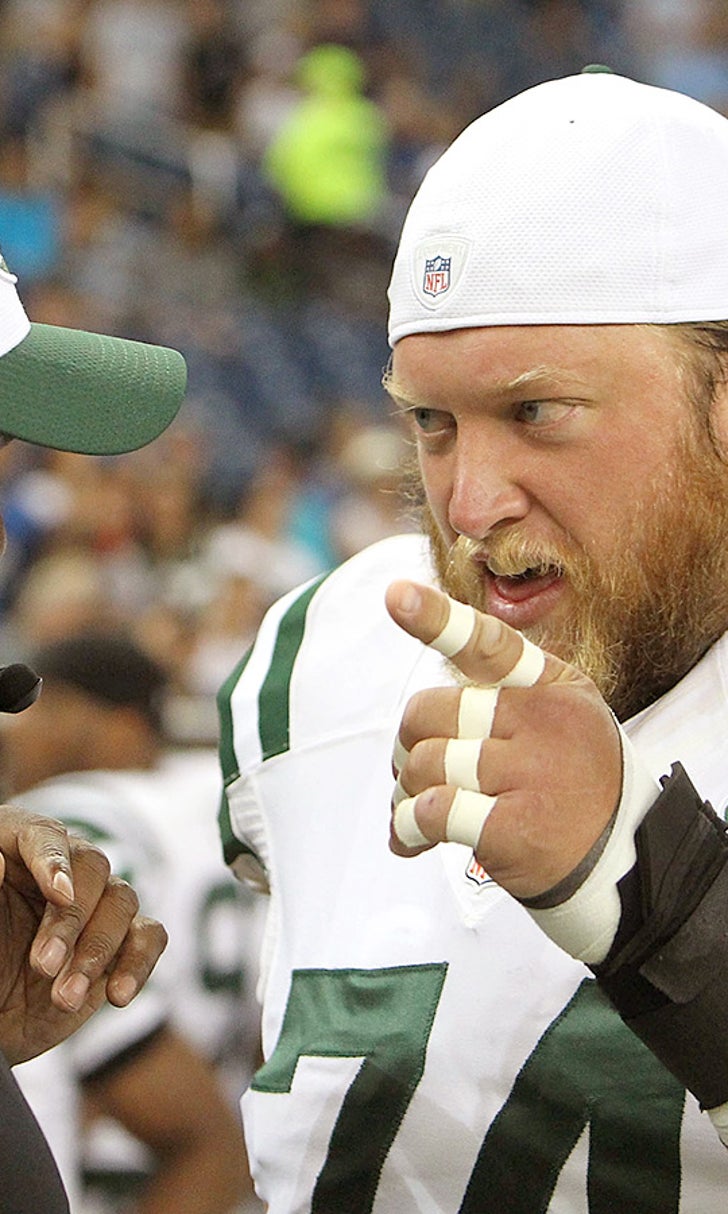 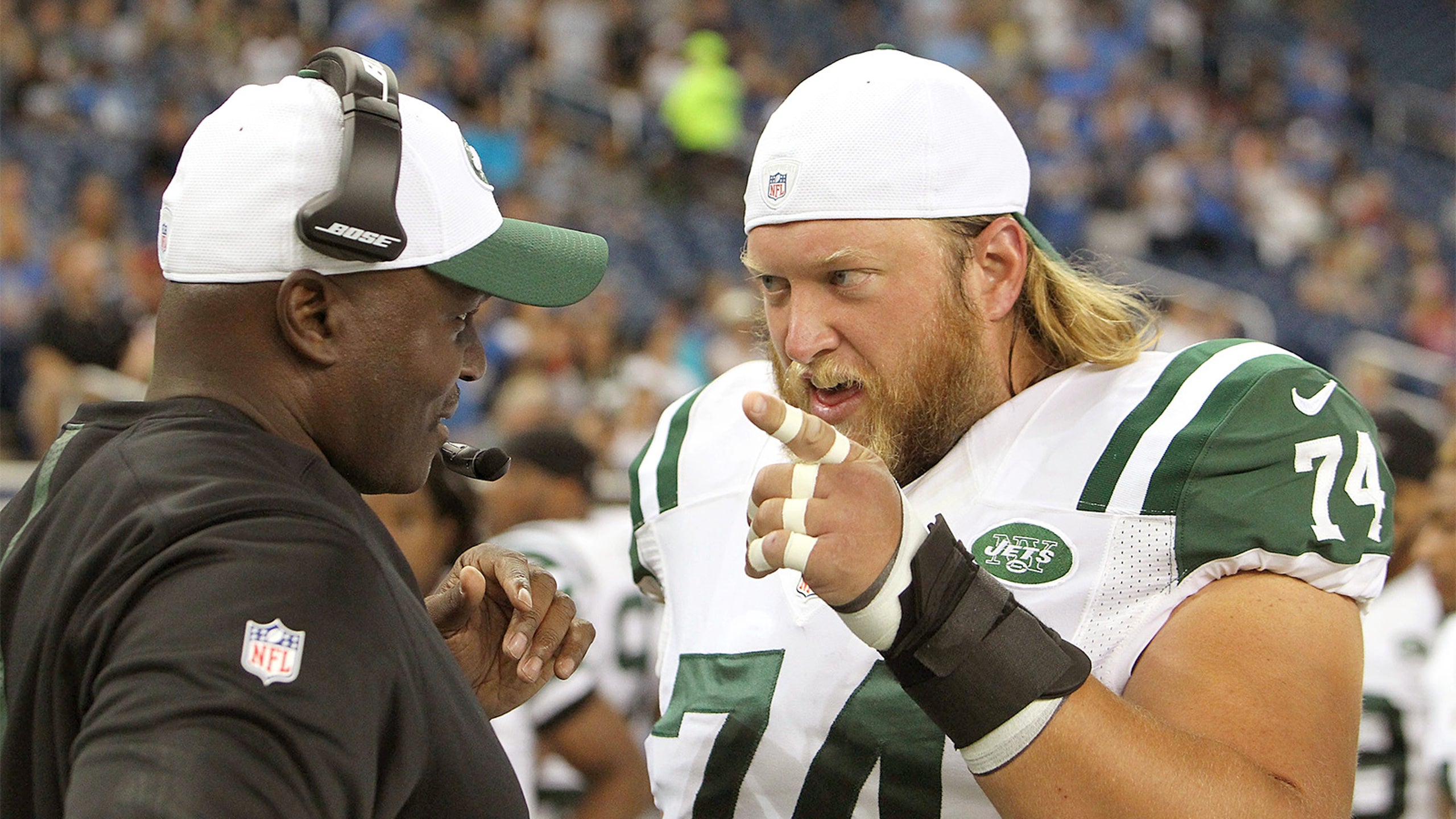 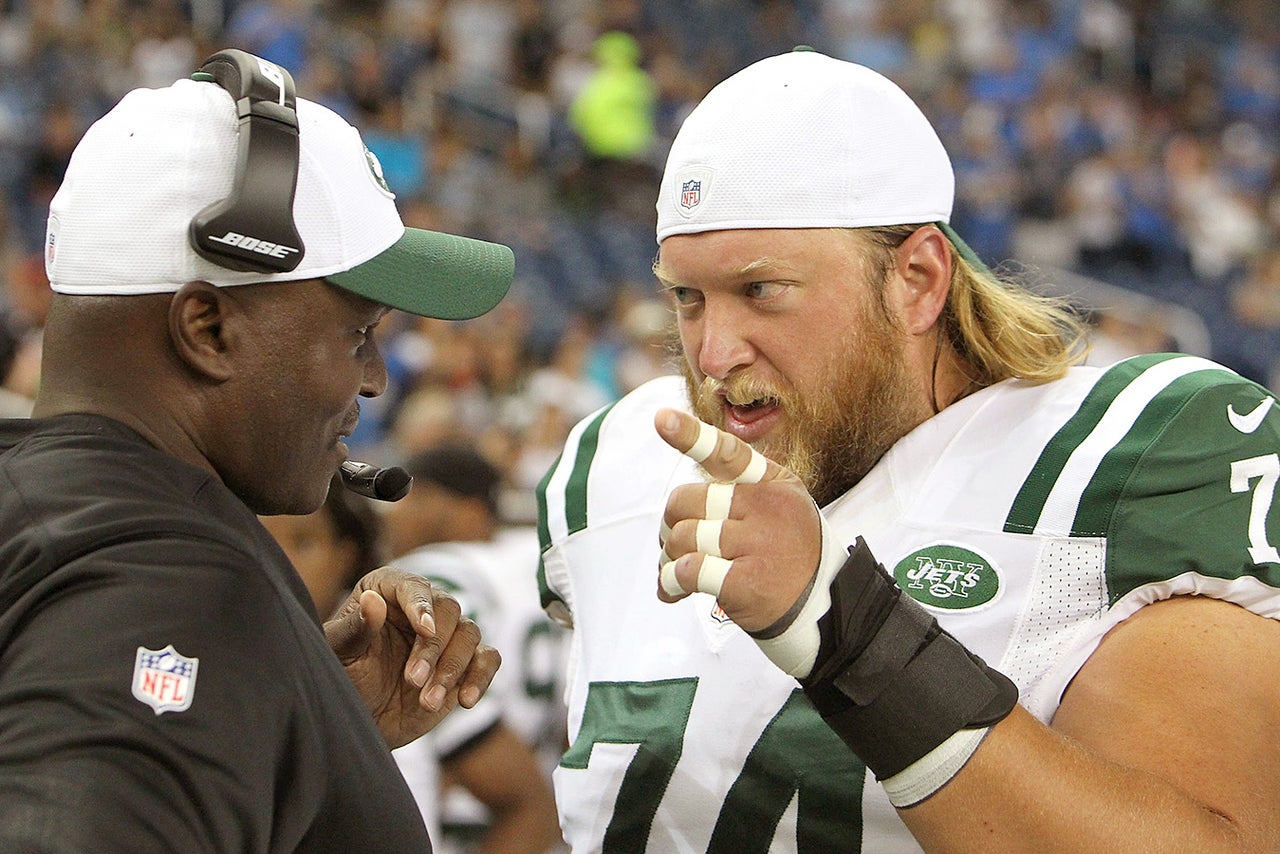 FLORHAM PARK, N.J. (AP) The New York Jets are banged up at some key positions as they prepare for the Oakland Raiders.

Center Nick Mangold and wide receivers Chris Owusu and Eric Decker are among those who did not participate in practice Wednesday. Guard Willie Colon, safety Calvin Pryor and running back Bilal Powell also sat out.

Mangold has a sore neck after injuring it at New England last Sunday. His status for this weekend is uncertain, which prompted the Jets to sign offensive lineman Wesley Johnson from the practice squad. Both Johnson and Dakota Dozier, who filled in for Mangold on three plays against the Patriots, took snaps at center.

''He's sore, but he's doing OK,'' coach Todd Bowles said of Mangold. ''He's just got to get the soreness out. Obviously, the X-rays were negative, but he can't do anything until he's feeling better.''

Bowles announced that Owusu suffered another concussion, to go along with a shoulder injury. Owusu, who has had at least four previous concussions, was injured during the game but Bowles said he didn't feel the effects until the Jets arrived home from New England.

''Anybody who has had that many (concussions), you've got to have some concern for,'' Bowles said. ''We'll just go and monitor it and see how it goes, but that's very concerning.''

Owusu just returned after sitting out three weeks following arthroscopic knee surgery. He has six catches for 80 yards and has served as the team's kickoff returner when healthy.

Decker sat out to rest a sore knee that has bothered him the last few weeks. Bowles said the Jets just ''want to be careful'' with the injury.

Colon is dealing with a sore knee, Pryor has an ankle injury, as does Powell, who missed last weekend's game.

Cornerback Buster Skrine sprained a shoulder against the Patriots and broke a bone in his left pinkie, but finished the game. He was limited at practice while wearing a temporary cast on his finger. Skrine anticipates playing at Oakland and expects to wear a similar wrap on his hand.

''Last year, I broke my thumb in Cleveland and I got all my picks with my cast,'' said Skrine, who had four interceptions with the Browns. ''Once I took the cast off, I didn't get any more. So it might be good luck.''