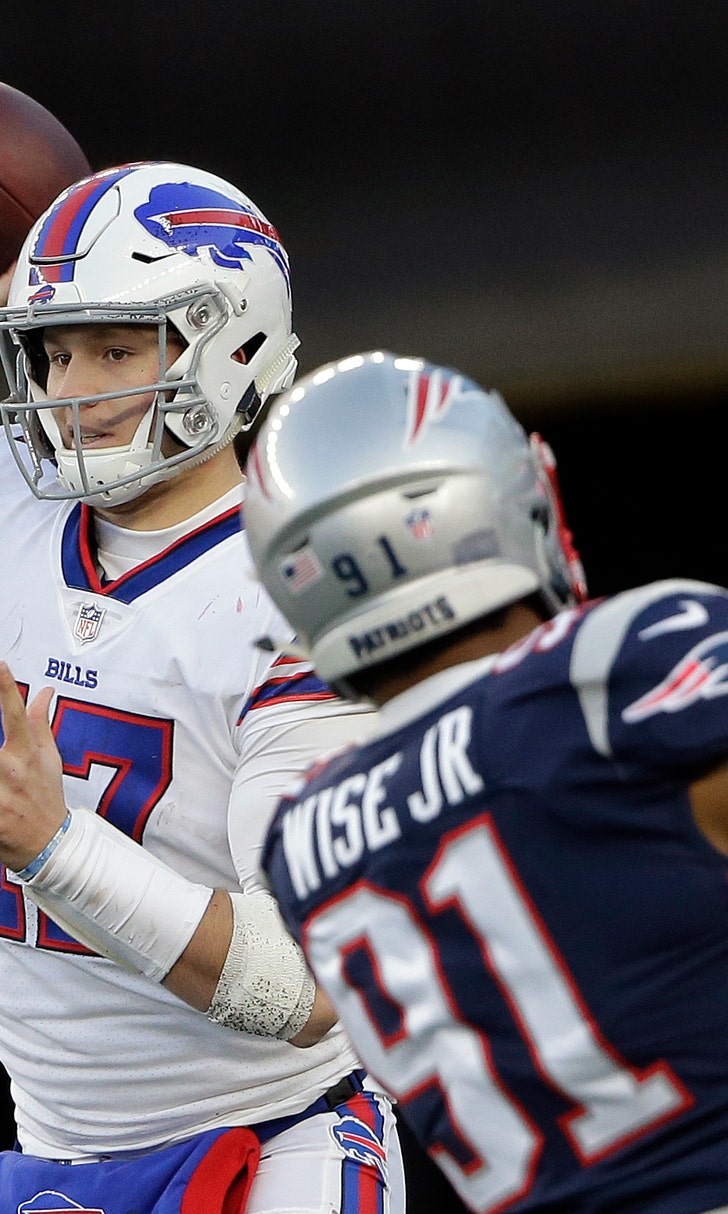 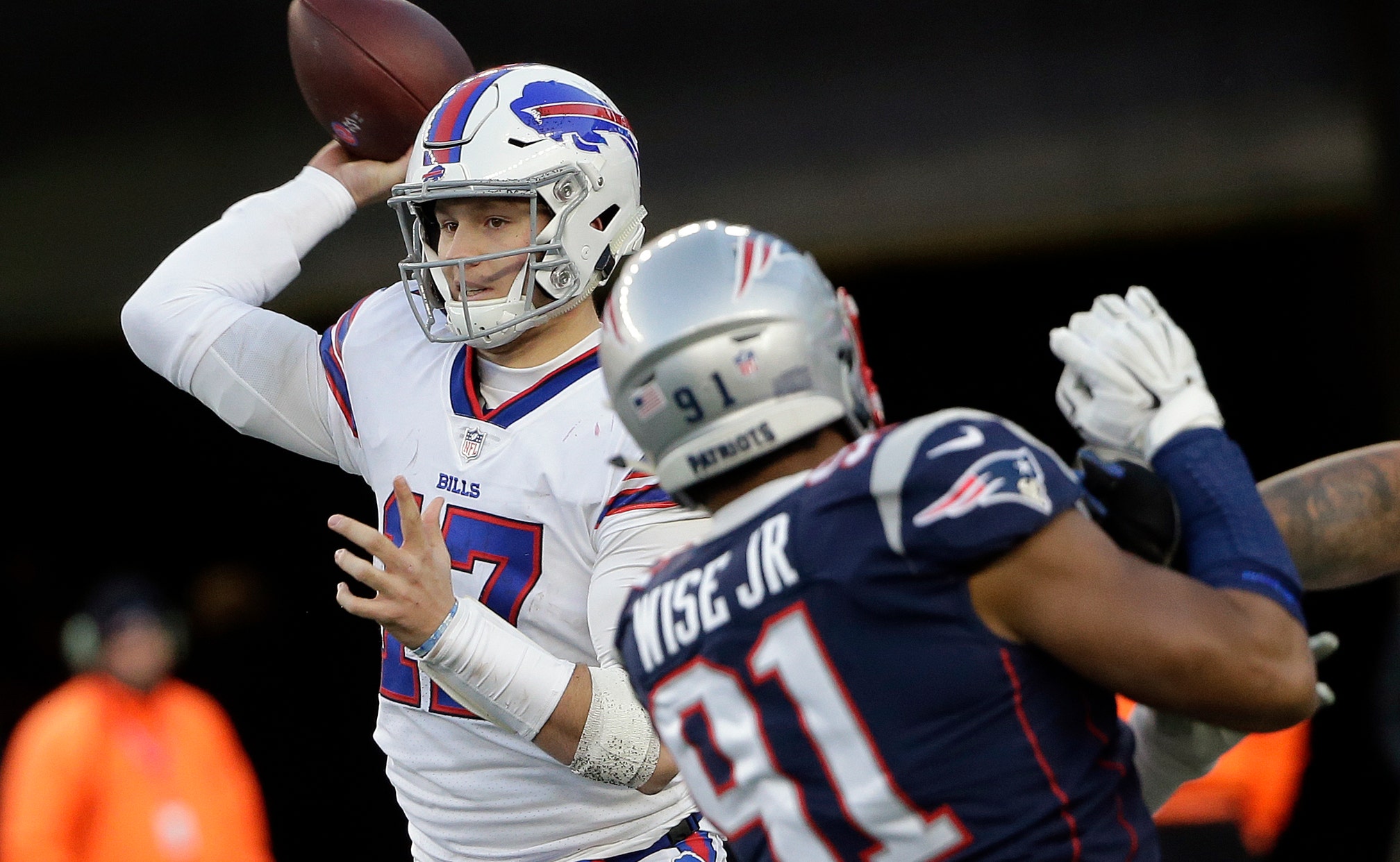 Josh Allen had mixed emotions after an inconsistent performance in his first meeting with boyhood idol Tom Brady.

"I wanted to beat him, for sure," the Bills rookie quarterback said following Buffalo's 24-12 loss at New England on Sunday. "He's one of the greatest to ever do it and as a young kid growing up, I never thought I'd get the opportunity to be on the same field as him.

"So it's a cool feeling. But at the same time, I was focused on winning a football game."

Then again, it wasn't so much Brady who beat the Bills. It was the Bill Belichick-coached Patriots defense that stifled Allen and Buffalo's offense.

Having shown progress in Allen's previous four starts since he returned from missing four games with a sprained throwing elbow, the Bills offense took a step back against New England.

Allen completed 20 of 41 passes for 217 yards, one touchdown and two interceptions. It was the fifth time in 10 starts Allen has committed two or more turnovers.

The Patriots disguised their coverages in the first half and limited Allen to 48 yards passing. It was the fifth time this season he has had 60 or fewer yards at halftime.

Belichick improved to 10-0 at home when facing a rookie quarterback, and 17-5 overall.

Allen boosted his passing totals with 72 yards and Buffalo's only touchdown in the final minutes when the game had already been decided. The garbage-time production led Allen to topping 200 yards for the fifth consecutive game, the longest streak by a Bills quarterback since Tyrod Taylor's five-game stretch from Nov. 30-Dec. 20, 2015.

The Bills did little to help their rookie quarterback on offense. Allen's receivers dropped several passes, tight end Jason Croom fumbled in the red zone after 24-yard gain, and the running game was ineffective.

Buffalo finished with 72 yards rushing, the first time in five games it failed to rush for 100 or more. LeSean McCoy returned after missing one game with a hamstring injury but had only 9 yards on six carries. Undrafted rookie Keith Ford led the Bills with 33 yards on seven carries.

Allen scrambled five times for 30 yards. He leads the Bills in rushing this season with 536 yards, but has been held to 46 over the past two weeks after totaling 335 in his previous three games.

Buffalo's defense had one glaring weakness in allowing a season-high 273 rushing yards against the Patriots. But the Bills defense gave Allen opportunities with three takeaways and limited Brady to 126 passing yards — his lowest since he threw for 123 yards in a 2003 loss to the Bills.

"Our defense played spectacular," Allen said. "They forced three turnovers and we got (three) points off that, and that starts with me."

Brady greeted Allen on the field after the game and gave the rookie some encouragement.

"Nothing too crazy, but he's one of the good ones off the field, too," Allen said. "I'm sure he doesn't want to share too many of his tricks or whatever is up his sleeve. Got to hand it to him. Such a long career and he's still playing extremely well."