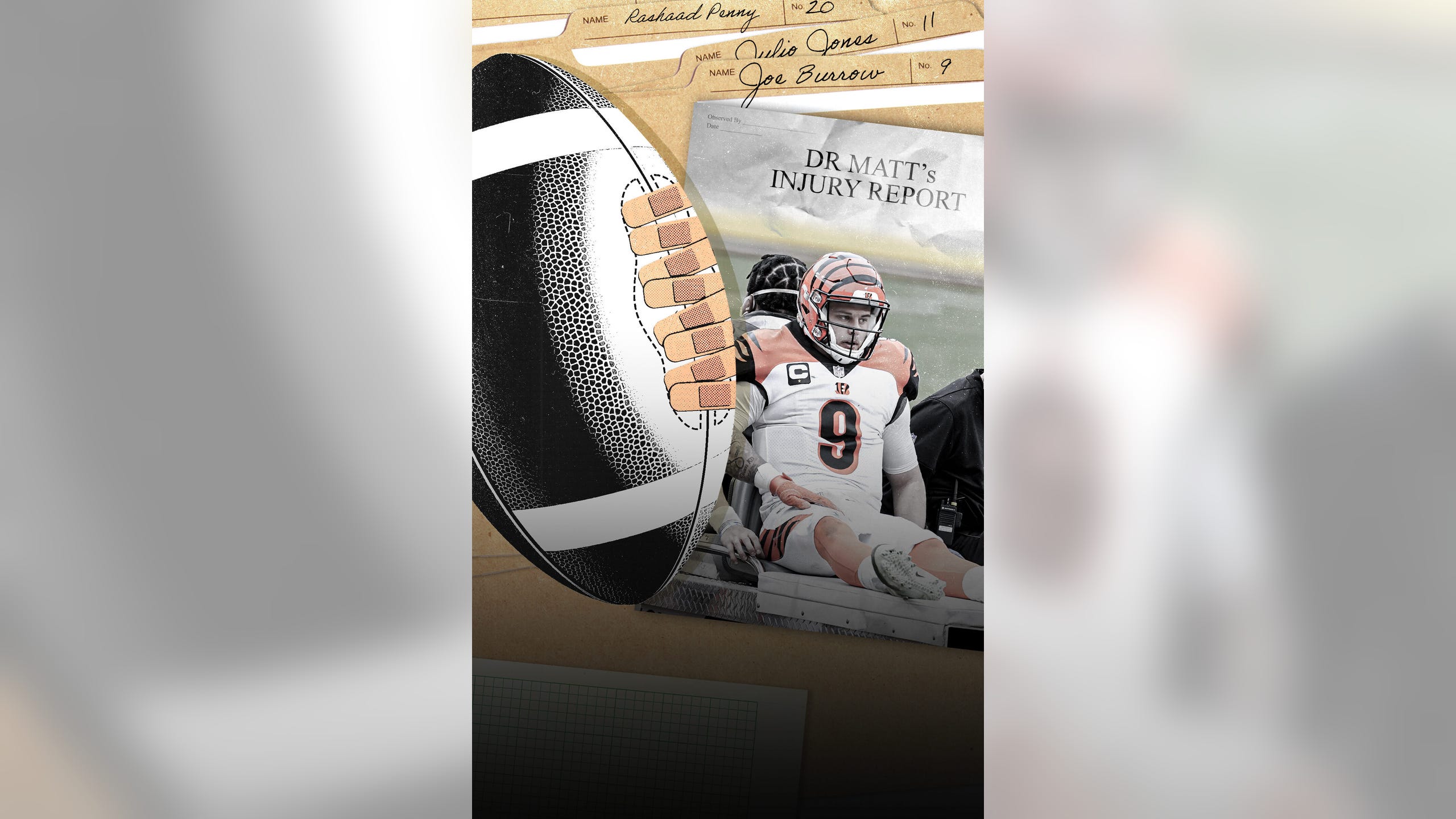 Last year at this time, Joe Burrow was in the midst of a run to the College Football Playoff as he led LSU to a perfect season and the national championship. This year, Burrow is beginning a long road of rehabilitation as he recovers from a devastating knee injury.

What will the next 12 months look like for Burrow, and how will the injury impact the long-term future for the rookie, who looked every bit the Cincinnati Bengals' franchise quarterback during his first 11 starts?

FOX Sports turned to our injury expert and former NFL head team physician, Dr. Matt Provencher, to analyze Burrow's injury and timeline for return, along with some of the other key injury questions for Week 13.

Let's get to some of this week's pressing medical questions:

Burrow underwent surgery this week in Los Angeles. An MRI showed a torn ACL, MCL and structural damage in the Bengals QB's left knee. When can we expect Burrow to return and at what capacity?

First, let's address the extent of Burrow's injury. As reported, the Bengals QB suffered tears to both the ACL and MCL of his left knee. There could also be additional structural damage, such as a meniscus tear. The status of Burrow's meniscus and cartilage damage at the time of surgery will be key to his long-term ACL reconstruction outcome.

Upon return, the additional injuries to the knee could be a key factor to Burrow’s overall performance and the need for future treatment, such as knee joint injections or even knee arthroscopy, could be on the table in the future.

As for his return, Burrow should be back for training camp in July 2021, about seven to nine months after surgery. He could start taking light snaps in about seven months if all goes well, which equates to perfect timing for the start of camp. He will likely miss OTAs and Bengals minicamp in June, however.

What did surgery entail, and what are the key steps to his recovery?

Burrow had his surgery performed Wednesday. The operation, reportedly performed by Dr. Neal ElAttrache in Los Angeles, involved reconstructing Burrow's ACL with a graft, along with possible MCL work and meniscus work, if warranted.

Rehabilitation begins the first day after surgery. Burrow will be on a progressive program that will begin with edema (or swelling) control before working on range of motion and muscle strengthening. Motion recovery is the first priority alongside preservation of muscle mass and activation. The key here is to minimize muscle atrophy after surgery.

As he progresses, it will become extremely important to work on his core and entire kinetic chain in months three through seven. In months five through eight, Burrow and his team can expect to work on progressive agility drills followed by cutting and jumping activities. 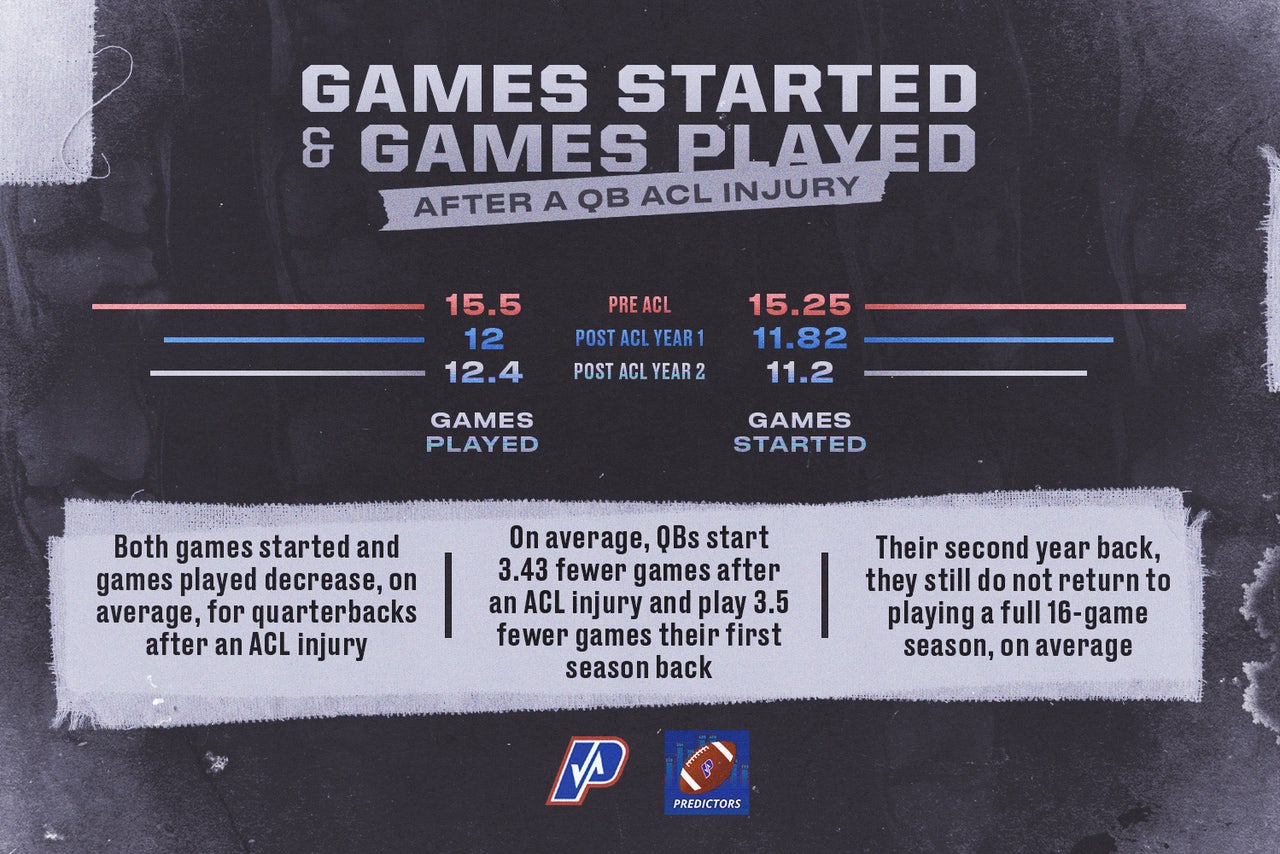 However, on average, both games started (GS) and games played (GP) decrease for quarterbacks in years one and two after an ACL injury. But, when we evaluate quarterbacks that had an ACL injury early in their career, there is little drop-off in the first year back in terms of quarterback rating (QBR) and passing yards compared to their prior season.

Falcons wide receiver Julio Jones missed Week 12 with a hamstring injury? Is that more concerning for a receiver than other positions? Should the Falcons consider shutting down Jones for an extended period of time?

Jones was a limited participant in practice for the Atlanta Falcons on Wednesday and did not practice Thursday after missing the Week 12 game against the Las Vegas Raiders.

The concern for Jones and the Falcons is that hamstrings are most problematic for receivers when compared to other skill positions. Constant explosion and deceleration ⁠— where most hamstring injuries happen ⁠— are a wideout's bread and butter. Receivers are far and away the most stricken position group when it comes to hamstring injuries. 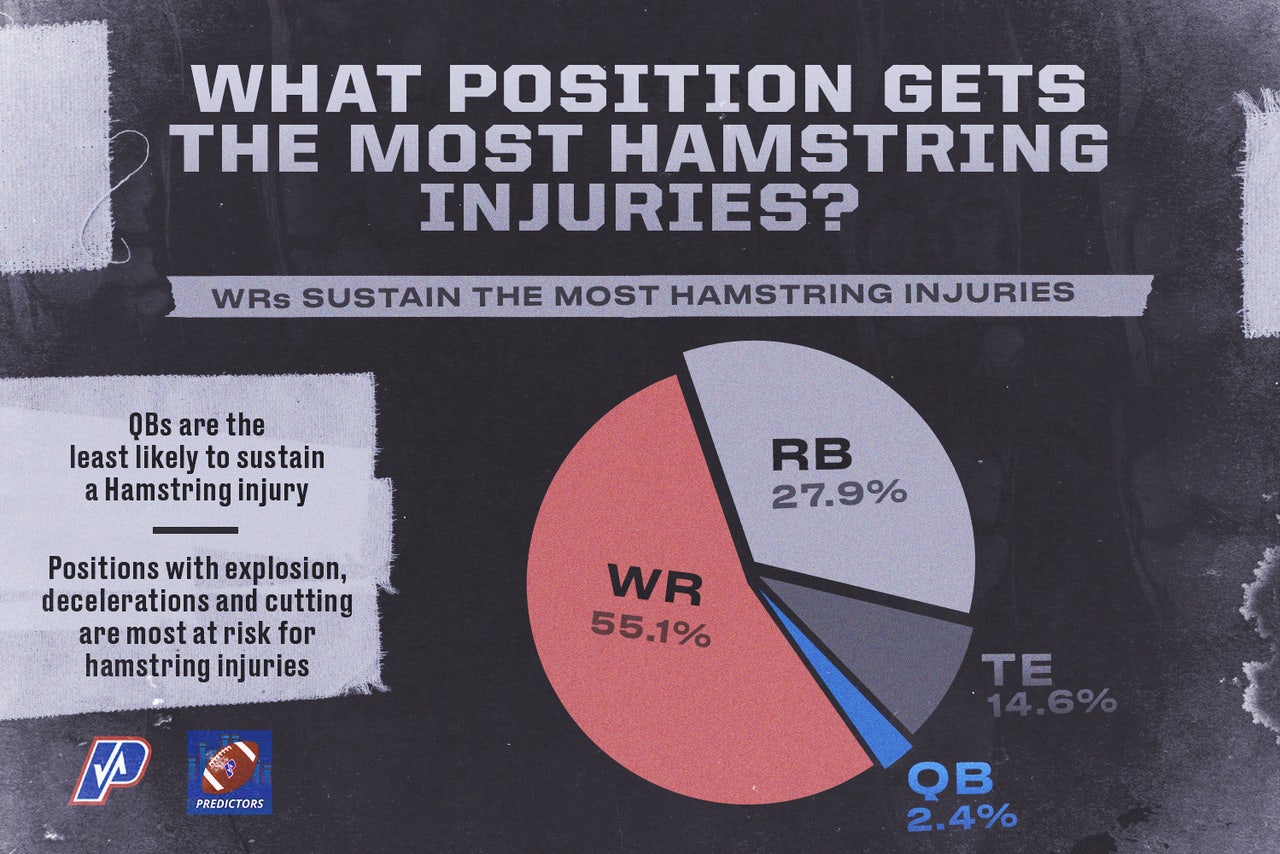 With that in mind, the Falcons should consider shutting Jones down for a period of time to allow him to heal. Our data shows that even if a WR is listed as questionable on an injury report, they just don't perform as well and have a decrease in overall performance.

When looking through a fantasy football lens, data shows that WRs have 14 percent less production in their first three games back after returning from a hamstring injury. Rest and rehabilitation are keys to recovery with this injury.

Seahawks running back Rashaad Penny is expected to return to practice soon after starting the season on the PUP (Physically Unable to Perform) list. Penny tore his ACL in Week 15 last season. When can fans expect him to play and what kind of load can he carry? As we see other players returning now from 2019 injuries, can they be a factor for 2020 contenders?

Penny suffered a torn ACL on Dec. 8, 2019, but he appears to be closing in on a return. Seahawks head coach Pete Carroll indicated Penny is on track to resume practicing soon.

Interestingly, when looking at return-to-play time after ACL injury, Penny should have been back earlier in this season, though it's unclear if he suffered any setbacks or if the Seahawks were just being cautious. Perhaps the Seahawks just know running backs don't do as well their first season back (and actually first two seasons back) and are trying to ensure he has recovered maximally.

The ACL is super important for running backs to cut or pivot and laterally translate their body in space quickly. The data on running backs returning from an ACL surgery show an overall decreased performance, but perhaps coming back later this season will help Penny. 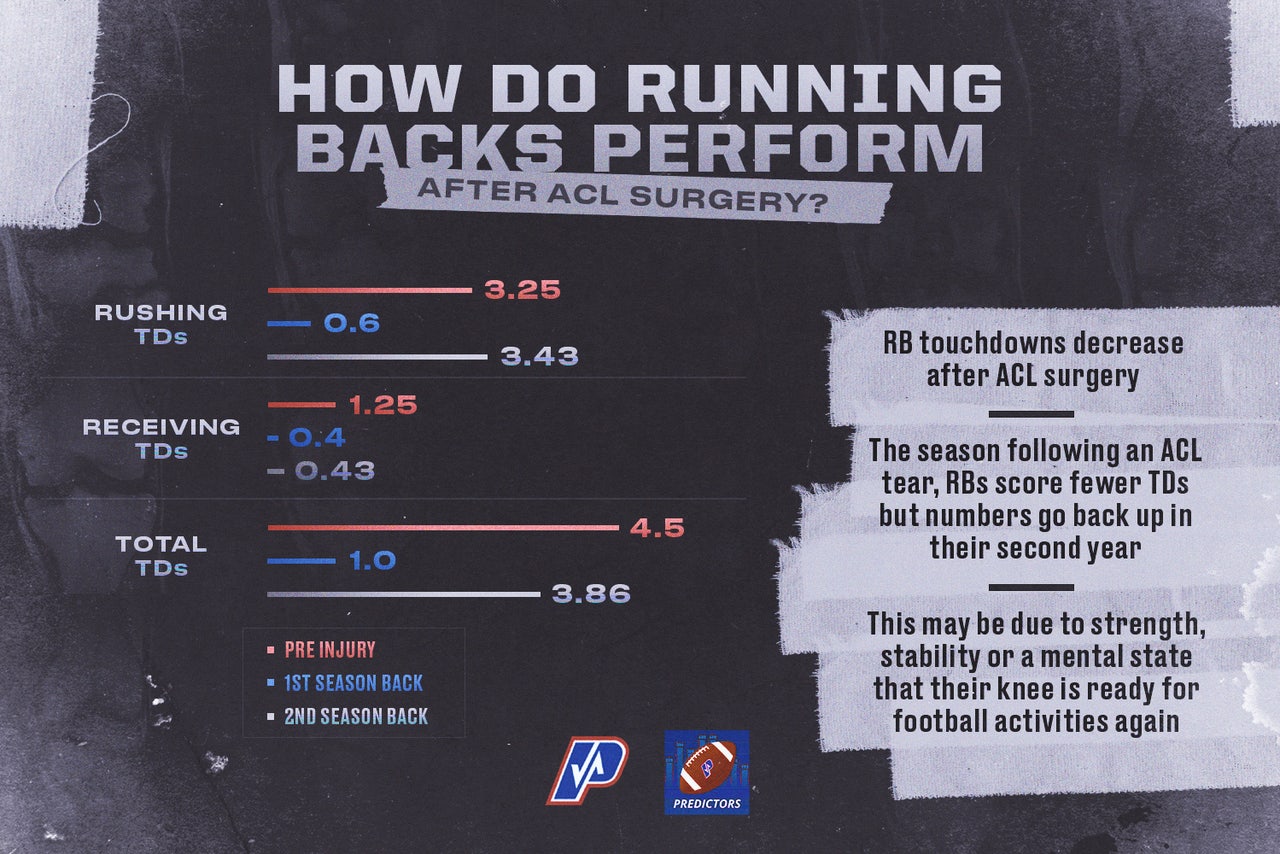 The season following an ACL tear, running backs score fewer touchdowns, but those numbers go back up in their second year, though data shows there is still a decline in overall performance. Expectations are that Penny will still be a factor for NFC West-leading Seattle, just not to his same level as before ACL surgery.

How To Win $250,000 on Super Bowl LV
Jason McIntyre breaks down the Bucs-Chiefs matchup and offers his tips to help you win big in this week's Super 6 contest.
1 hour ago

Worth The Bills?
Josh Allen has ascended rapidly after Buffalo took a chance on him in 2018. Did his play in 2020 earn him a big-money deal?
9 hours ago