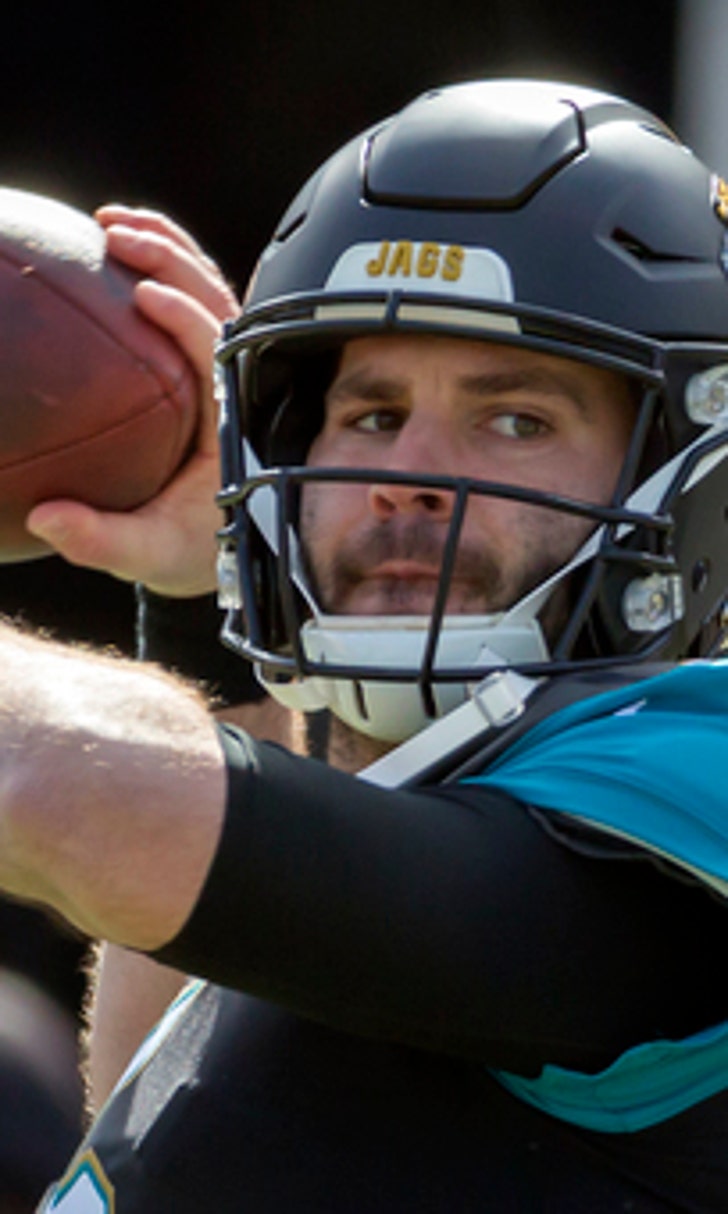 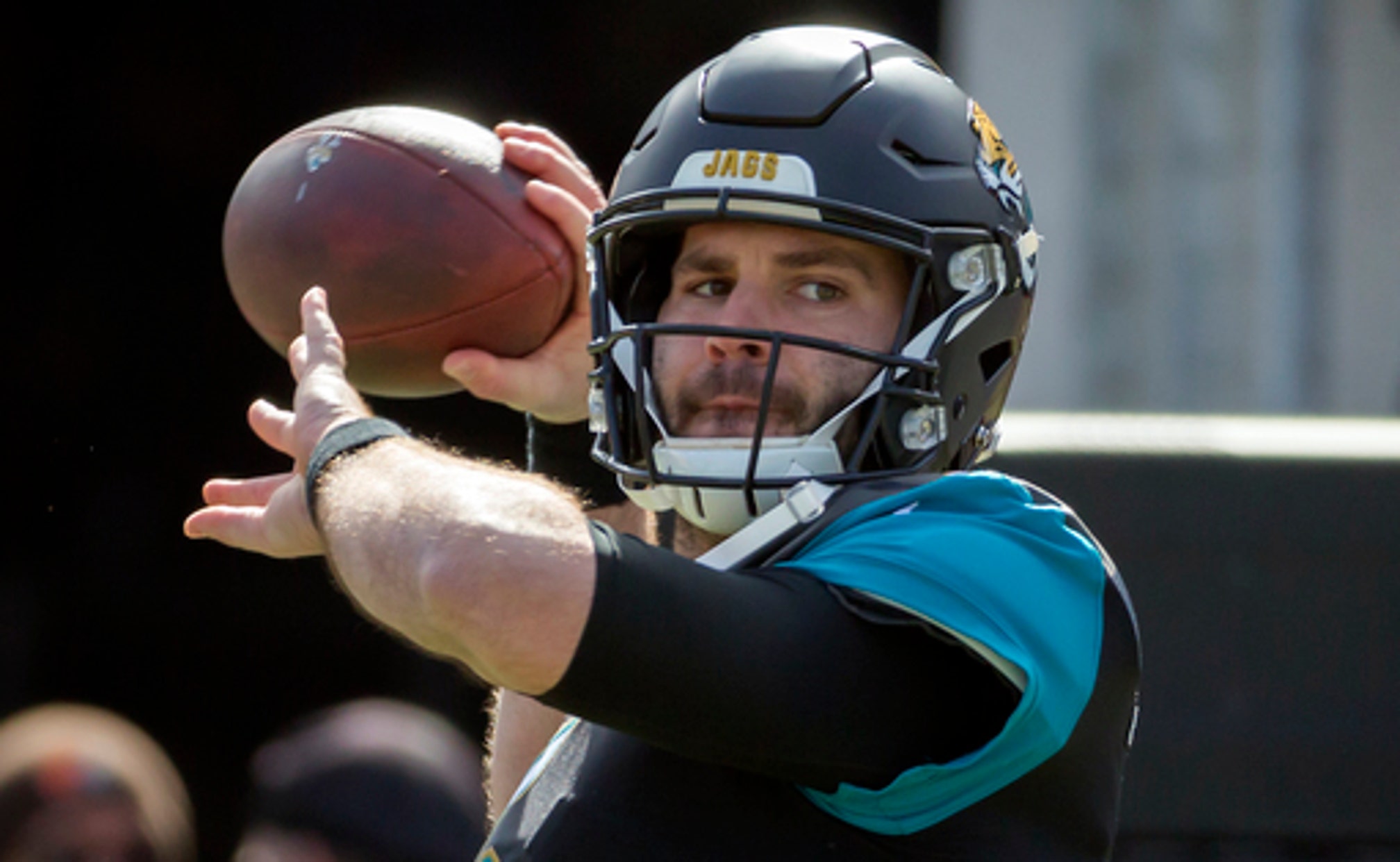 PITTSBURGH (AP) At the time the score looked like a misprint.

A result so stunningly one-sided Steelers quarterback Ben Roethlisberger stood in the locker room on that gray October afternoon only half-jokingly wondered if he still had ''it.''

Throwing five interceptions, two of which the Jaguars returned for momentum-swinging, confidence-sapping touchdowns, will do that.

Yet Roethlisberger insists he's not out for revenge in the rematch on Sunday when the Jaguars (11-6) visit Heinz Field in the divisional round with a trip to the AFC title game on the line.

There's too much at stake for him to settle some sort of personal vendetta.

Or so he says.

''I'll play anyone in the postseason,'' Roethlisberger said.

Only Jacksonville isn't ''anyone.'' Not anymore. Not after the NFL's top-ranked defense proved that breakout performance three months ago was a sign of things to come.

Doubt them all you want. Mock their offense at your leisure.

Last they checked, there will be 24 teams watching the playoffs this weekend and Jacksonville isn't one of them.

''We've just got to score one more point than they do,'' Jaguars quarterback Blake Bortles said.

''It doesn't matter who scores it, where it comes from, how we do it, what it looks like, we score one more than them and I'm happy with how we did it.''

Bortles and the other 52 guys on the roster might be the only ones.

The Steelers (13-3) entered the season as one of the favorites to reach the Super Bowl.

Despite a fall filled with drama (much of it self-created) Pittsburgh was really only pushed around once. By the Jaguars.

Take Jacksonville lightly at your peril, something the Steelers found out on Oct. 8.

''I think that kind of got us in the first game because the Jacksonville Jaguars, they're normally not a good team but those guys got players this year. They've been making plays.''

If the Jaguars can do it for another 60 minutes, they'll reach the NFL's final four for just the third time in franchise history.

Some things to look for as the Jaguars try to pull off a second stunner against a team that believes its season is destined to end with a trip to Minneapolis for the Super Bowl.

AB's BACK: Pittsburgh All-Pro wide receiver Antonio Brown is expected to play after missing the final 2+ games of the regular season with a left calf contusion. Brown practiced all week, though he was sent home on Friday because of an illness.

Brown caught 10 passes for 157 yards in the first meeting with Jacksonville and his return means all of Pittsburgh's ''Killer Bs'' will be ready to go.

''If he's out there, I expect him to be AB,'' Steelers cornerback Joe Haden said.

LEONARD'S LEAP: Jaguars rookie running back Leonard Fournette hammered the Steelers for a season-high 181 yards in October, including a 2-yard touchdown leap and a 90-yard sprint to the end zone in the final two minutes that sealed it. Fournette's production has dipped in recent weeks. He's only averaged higher than 3.9 yards per carry once over the past eight weeks, though Bortles doesn't think Fournette has smacked into the rookie wall.

''There has obviously been some hiccups and bumps in the road with different things,'' Bortles said. ''It's not on him, it's on guys up front, it's on me getting us in the right play, receivers blocking. It's on everyone.''

CHILL OUT DUDE: Temperatures are expected to be in the teens at kickoff, a decided departure for the Jaguars.

While Jacksonville coach Doug Marrone downplayed the elements, Bell believes he has an advantage when the mercury drops.

A year ago against Miami in the wild-card round, he pounded the Dolphins for 167 yards and two touchdowns as the temperature hovered around 17 degrees.

''It definitely affects guys who are tackling,'' Bell said. ''That's why when it's cold outside I take a lot of pride because I know guys don't want to tackle.''

COACH SHAY: Injured Steelers linebacker Ryan Shazier spent some time at the team's facility this week, getting around in a wheelchair while recovering from spinal stabilization surgery last month following a hit against Cincinnati that left his lower body motionless.

Shazier's presence has provided the Steelers with a boost, and while his football career is likely over, he remains intent on finding a way to contribute. Shazier, who would get to work as early as 6 a.m. to break down film when he was playing, is now serving as equal parts advance scout and motivational speaker.

''He loves football so much,'' guard David DeCastro said. ''It's amazing to see and just to have the attitude he has after all he's been through man, it's pretty impressive. I don't know if I'd be able to do the same.''