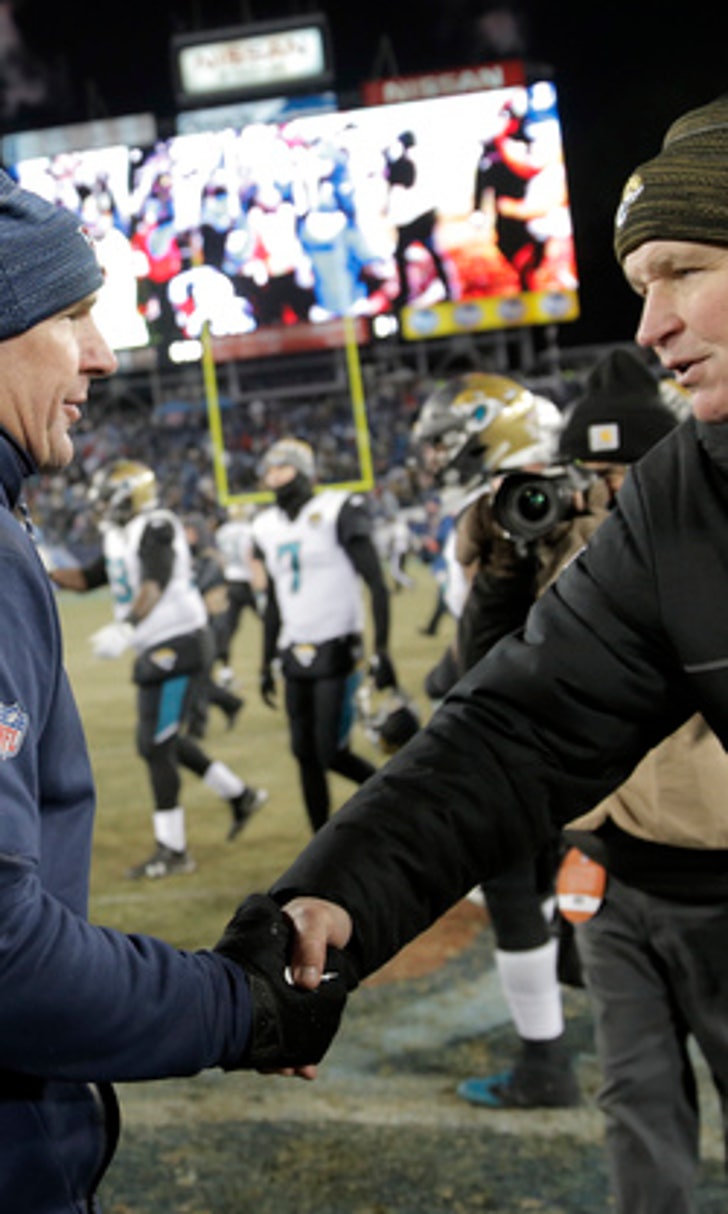 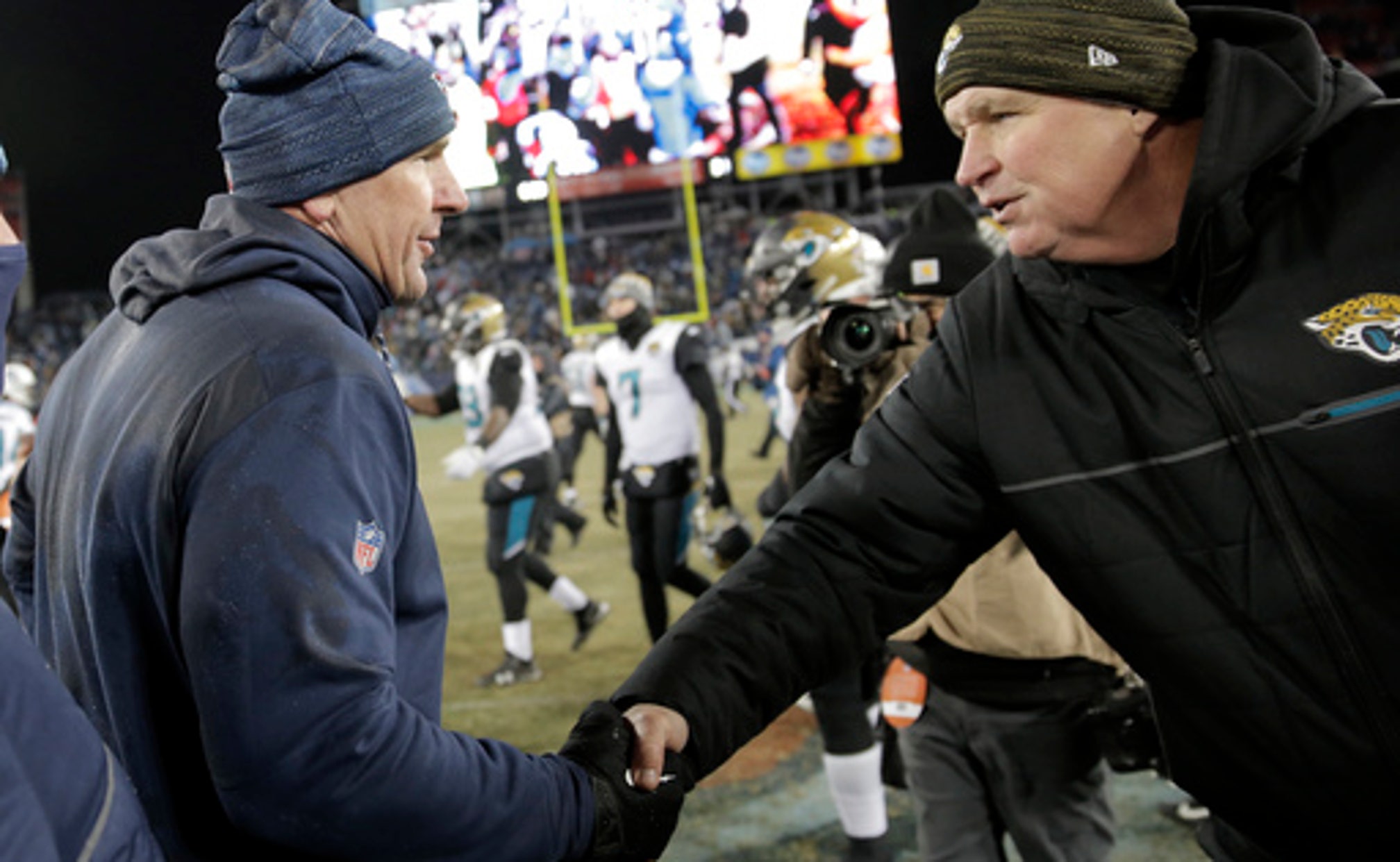 JACKSONVILLE, Fla. (AP) Doug Marrone's past and present are colliding in the playoffs.

Marrone understands it's one of the main story lines heading into Jacksonville's AFC wild-card game against Buffalo (9-7), where he spent two seasons (2013-14) before walking away with $4 million thanks to an uncommon opt-out clause in his contract.

He knows he can't elude the topic. He just doesn't want to entertain it.

''What's past is past,'' Marrone said Monday. ''I'll tell you guys the truth. My goal and my function - and I'm going to shoot everyone straight - this stuff happened so long ago, OK? There's obviously been a lot of stuff out there. That stuff is done. It's over. I can't put it any simpler than that.

''So I'm not going to take away my primary responsibility to look back on a situation that occurred, what, three years ago.''

Marrone led Buffalo to its first winning record (9-7) in a decade in 2014 and then abruptly quit a few days after the end of the regular season. His contract gave him a small window to walk away with the significant payout.

There were reports Marrone was unsure about the direction of the franchise under new ownership and believed he would land an open job with Atlanta, Chicago, the New York Jets or San Francisco. He was considered the front-runner for the Jets job until the New York Daily News ran a column citing unnamed people saying Marrone was a control freak and a phony who belittled his staff.

At the NFL Combine last year, Marrone acknowledged he made a mistake by leaving Buffalo and said he had relayed that to Bills co-owner Terry Pegula.

''He knows how I feel about it,'' Marrone said then. ''Obviously, I'll keep that conversation private, but yes, I would say absolutely you learn from that and that's one of the mistakes you wish you can go back and do over and you just wish you had more time.

''I think when I look at it, I look at myself, is that I wish I could've communicated things better at that time.''

Marrone went 15-17 in Buffalo and presumably quit because of uncertainty over potential organizational changes. His decision didn't sit well with Bills fans, who felt betrayed because Marrone seemingly had the franchise on the verge of ending its lengthy playoff drought.

Orton retired a day after Buffalo's season finale in 2014, and Marrone said he never saw it coming.

''If I do that, then I shouldn't be the coach of the Jacksonville Jaguars,'' he said. ''My job is to make sure that I do the best job for this team. ... I'm happy for their fans and I'm happy for the organization, as well as I am for the other 11 teams, or 10 teams that are in it.

''But my focus is on our fans, our team, and where we want to go. It's going to be a week of people trying to pull that apart, and I'm not going to let that happen because of what my job is.''

Marrone landed in Jacksonville as the team's offensive line coach. He spent two years under Gus Bradley and was named interim coach for the final two games of the 2016 season. Marrone got the job full time last January and meshed seamlessly with decision-maker Tom Coughlin and general manager Dave Caldwell.

''You go back and it's always people make stuff bigger than it is,'' Marrone said. ''My job is to coach this team; it's plain and simple.''