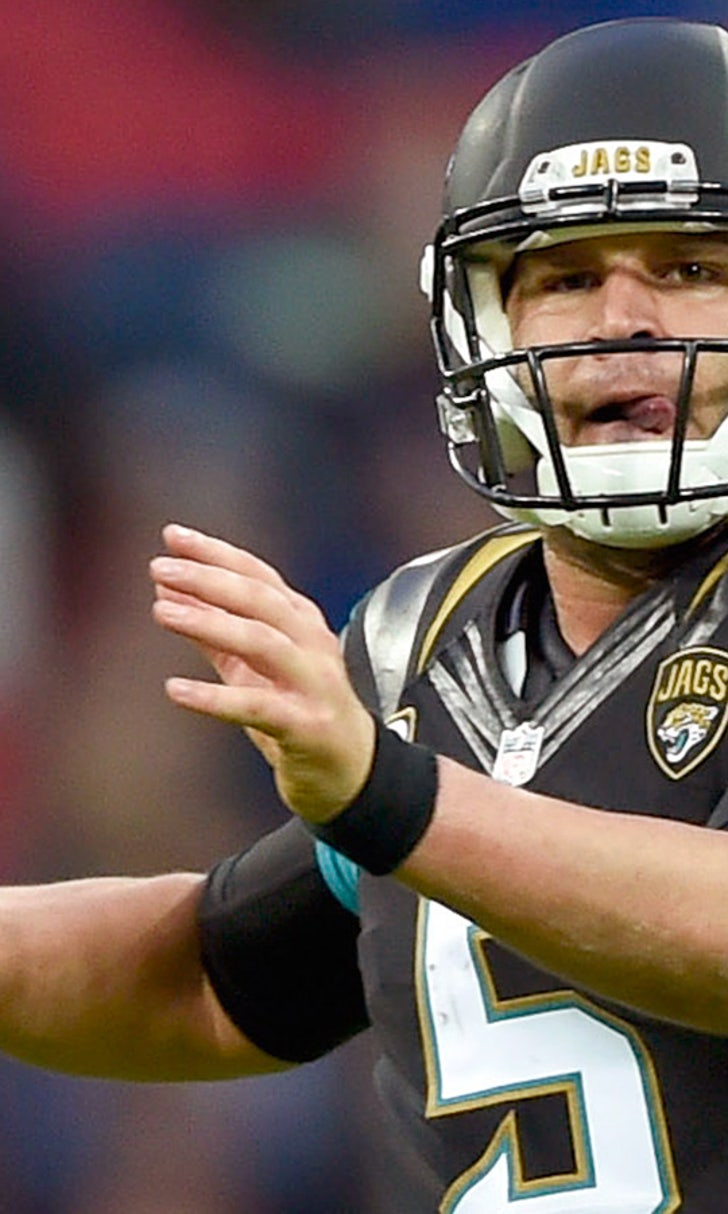 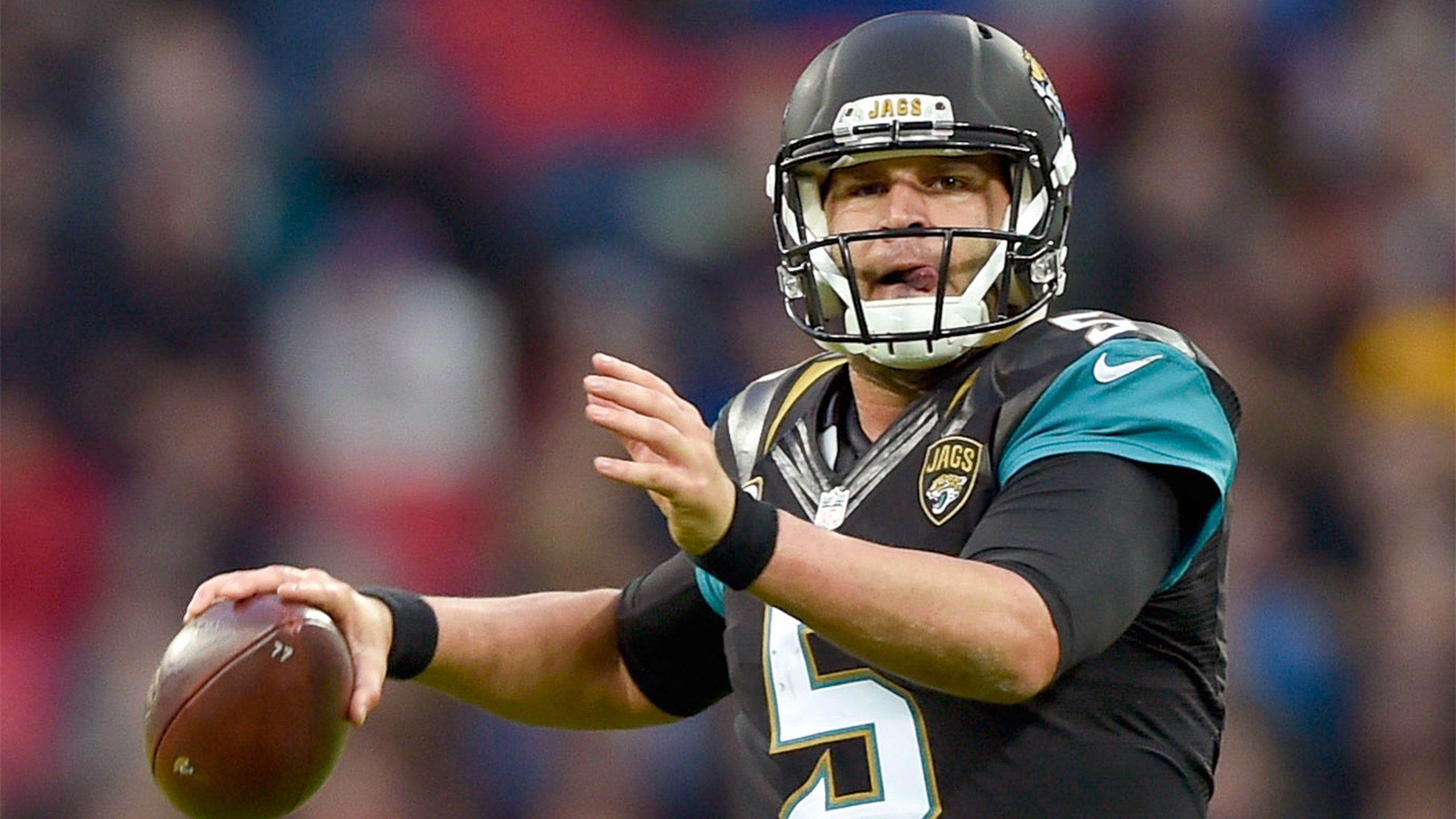 Jacksonville and the seven most underrated NFL teams entering 2016 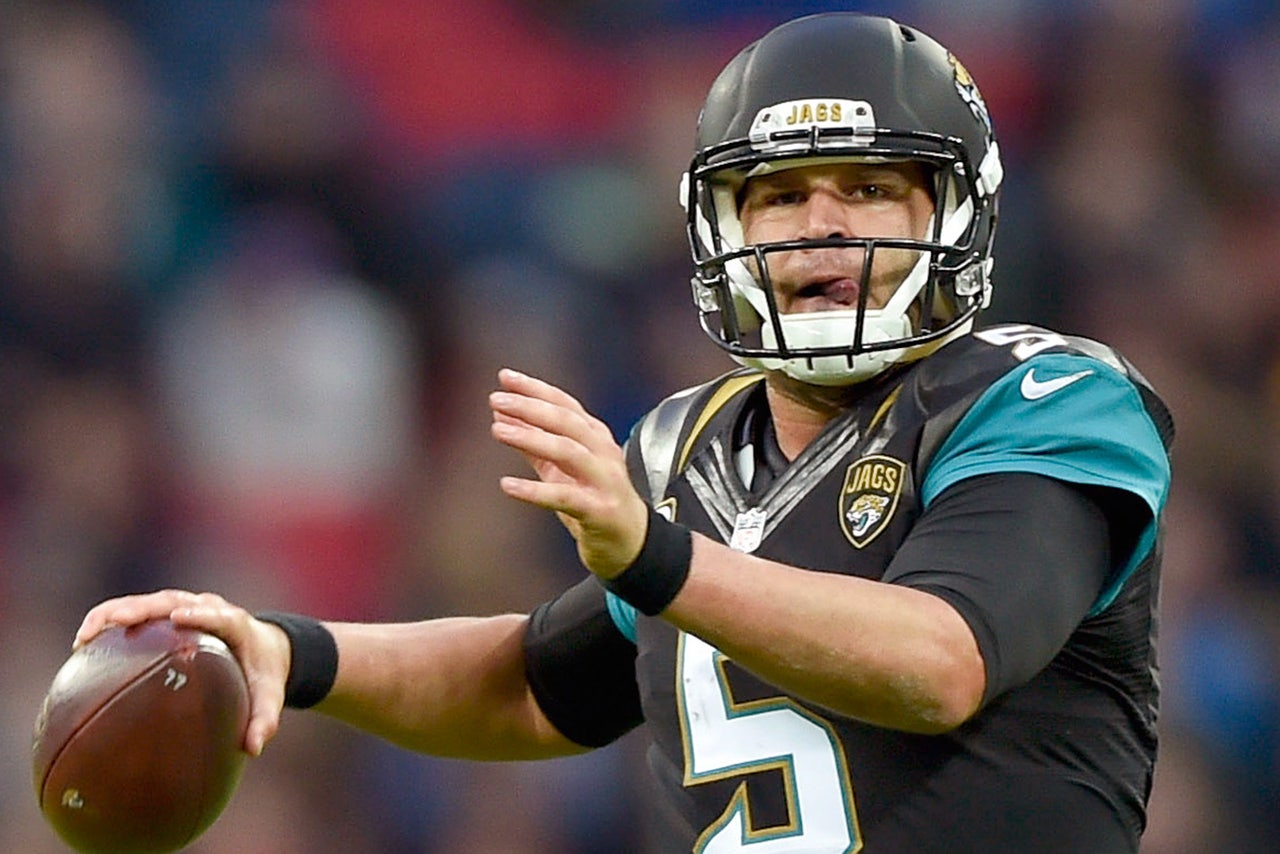 Each year, a team comes out of nowhere to make the playoffs and have a real shot at winning a Super Bowl. Last year, it was the Carolina Panthers and Kansas City Chiefs. Few expected either team to make the postseason, never mind reach the Super Bowl as the Panthers did after losing their No. 1 wideout, Kelvin Benjamin, before the season even started.

There's almost no chance that all 12 of the same playoff teams from 2015 make it in 2016, so there are sure to be newcomers. The important question is, who will those teams be? It's hard to predict the playoffs in May, but there are a bunch of franchises that aren't getting nearly as much attention as they should for being contenders. 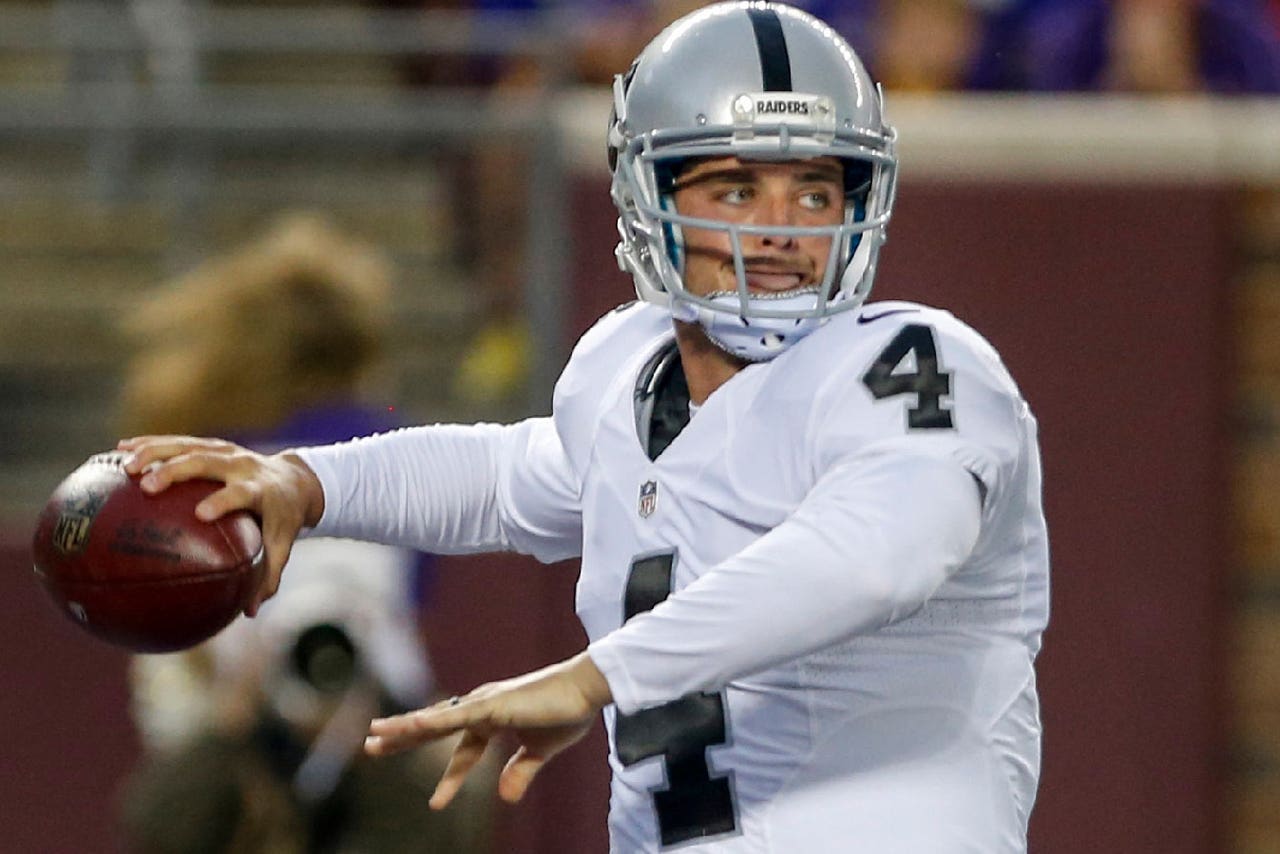 Here are the seven most underrated teams in the NFL heading into this season.

The "winners" of the NFL Draft to this point are on the rise in the AFC. After watching Jalen Ramsey fall in their lap and scooping up a first-round talent in Myles Jack at No. 36, the Jaguars arguably got the two best defenders in the draft. And not to mention, their offseason haul was phenomenal. Jacksonville added safety Tashaun Gipson, cornerback Prince Amukamara, defensive end Malik Jackson, and offensive tackle Kelvin Beachum in free agency, among others.

The offense is stacked with Allen Robinson and Allen Hurns on the outside, and with the addition of Chris Ivory to the backfield, the Jaguars can air it out and pound the rock on the ground. It's only a matter of time before Blake Bortles leads this team to the playoffs, and the front office has done everything it can to surround him with talent on both sides of the ball. It wouldn't be a surprise to see the Jaguars win eight or nine games this year.

Two AFC West teams made the postseason last year, but neither was the Raiders. That's not to say Oakland isn't a team to watch in the division -- and in the conference for that matter. Led by Derek Carr, the Raiders are building a talented bunch out west. Amari Cooper is on track to be one of the best young wide receivers in the league next season, and Michael Crabtree experienced a resurgence in his first season with the Raiders. It's on defense where Oakland is going to be strong, though. 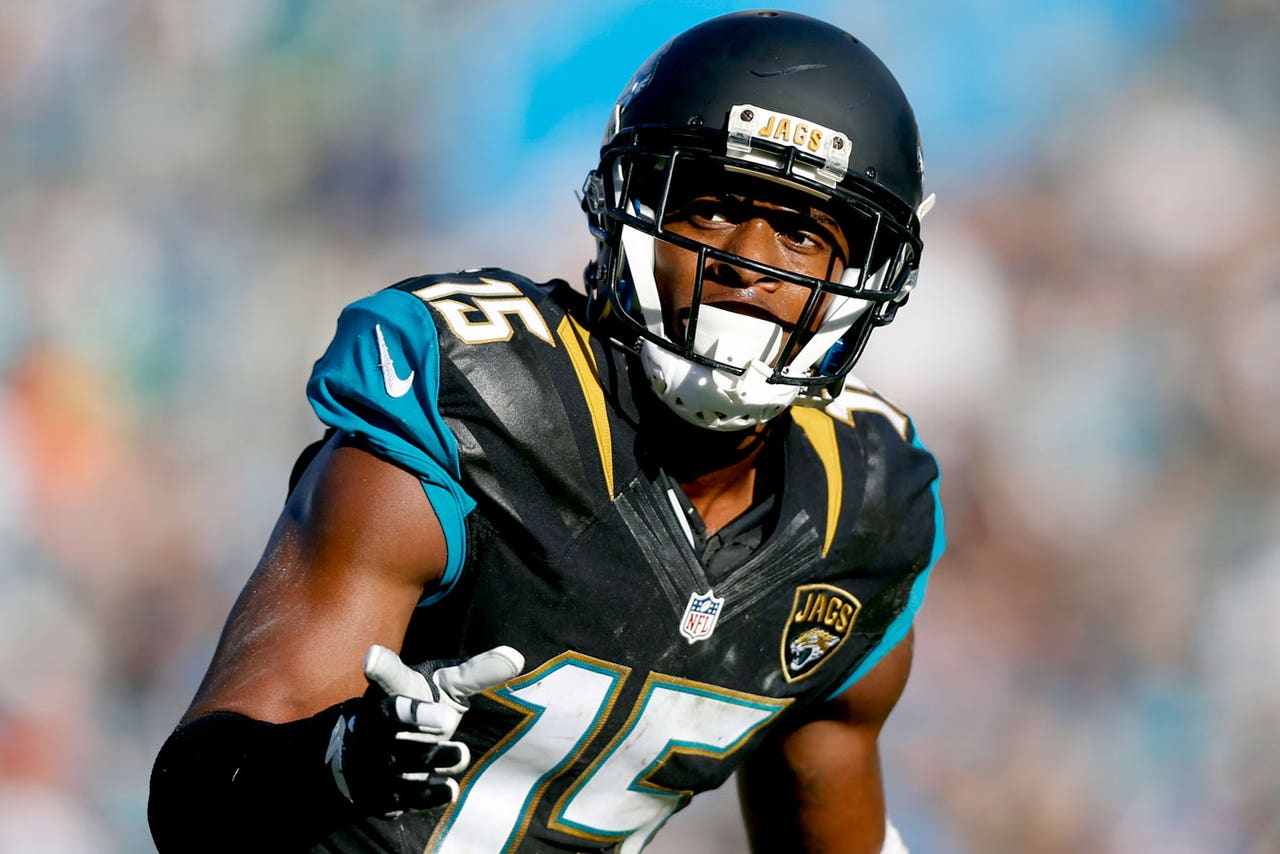 Khalil Mack had an outstanding season in 2015, racking up 15 sacks in his first year as a full-time defensive end. Oakland also retained Aldon Smith and brought in Bruce Irvin to take pressure off of Mack, while also adding Sean Smith and Reggie Nelson to the secondary. If rookie safety Karl Joseph is able to return for training camp as he's expected to, he'll have a huge impact as a rangy, imposing defensive back in Year 1.

The Rams finished 2015 at 7-9, doing so without a true starting quarterback. Now, they have first overall pick Jared Goff on the depth chart and he should start by Week 4, if not right away. Having stud running back Todd Gurley to hand the ball off to will certainly help the young quarterback, as will Tavon Austin on the outside. The biggest strength of the Rams comes with their defense, though.

Although they lost Janoris Jenkins in free agency, Los Angeles retained Trumaine Johnson with the franchise tag and added Coty Sensabaugh from the Titans. The defensive line is stacked with Aaron Donald, Michael Brockers and Robert Quinn up front and Mark Barron and Alec Ogletree being ultra-athletic defenders. If Goff can protect the football and the Rams can steal a few games from the Seahawks and Cardinals out west, they could make a push toward the playoffs. 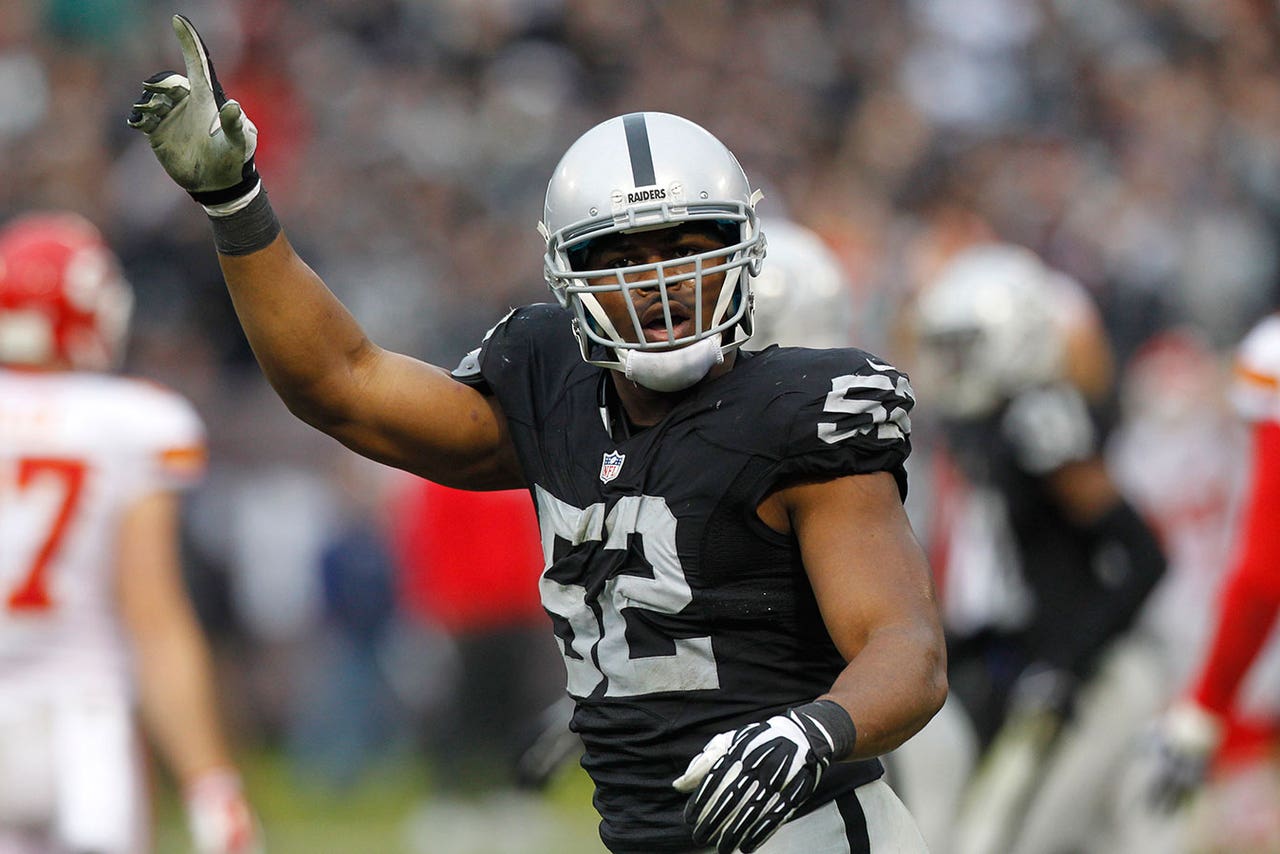 The Buccaneers are another team with a young quarterback, but Jameis Winston has a chance to take a huge step this season -- his second in the NFL. He certainly has the weapons around him to succeed with Mike Evans and Vincent Jackson on the outside and Doug Martin behind him at running back. It's just a matter of Winston cutting down on his mistakes and improving his decision-making.

Brent Grimes is a key addition on defense and is expected to start at cornerback alongside rookie Vernon Hargreaves and free agent addition Josh Robinson. Their safeties aren't exactly stellar with Major Wright, Chris Conte, Brad McDougald and Keith Tandy battling for starting spots, but the defensive front should get pressure on the quarterback. Rookie Noah Spence should be a valuable addition to a defensive line that features Gerald McCoy, Akeem Spence and Robert Ayers. Winning nine games isn't out of the question.

Not surprisingly, Rex Ryan and the Bills went defense, defense, defense in the first three rounds of the draft. That's not a bad thing as they added two immediate starters in Shaq Lawson and Reggie Ragland, and a fringe player in nose tackle Adolphus Washington. Additionally, the secondary looks great led by Stephon Gilmore and Ronald Darby at cornerback. The defense had major problems last season, some of which were due to Ryan's scheme, but those issues should be fixed in Year 2. 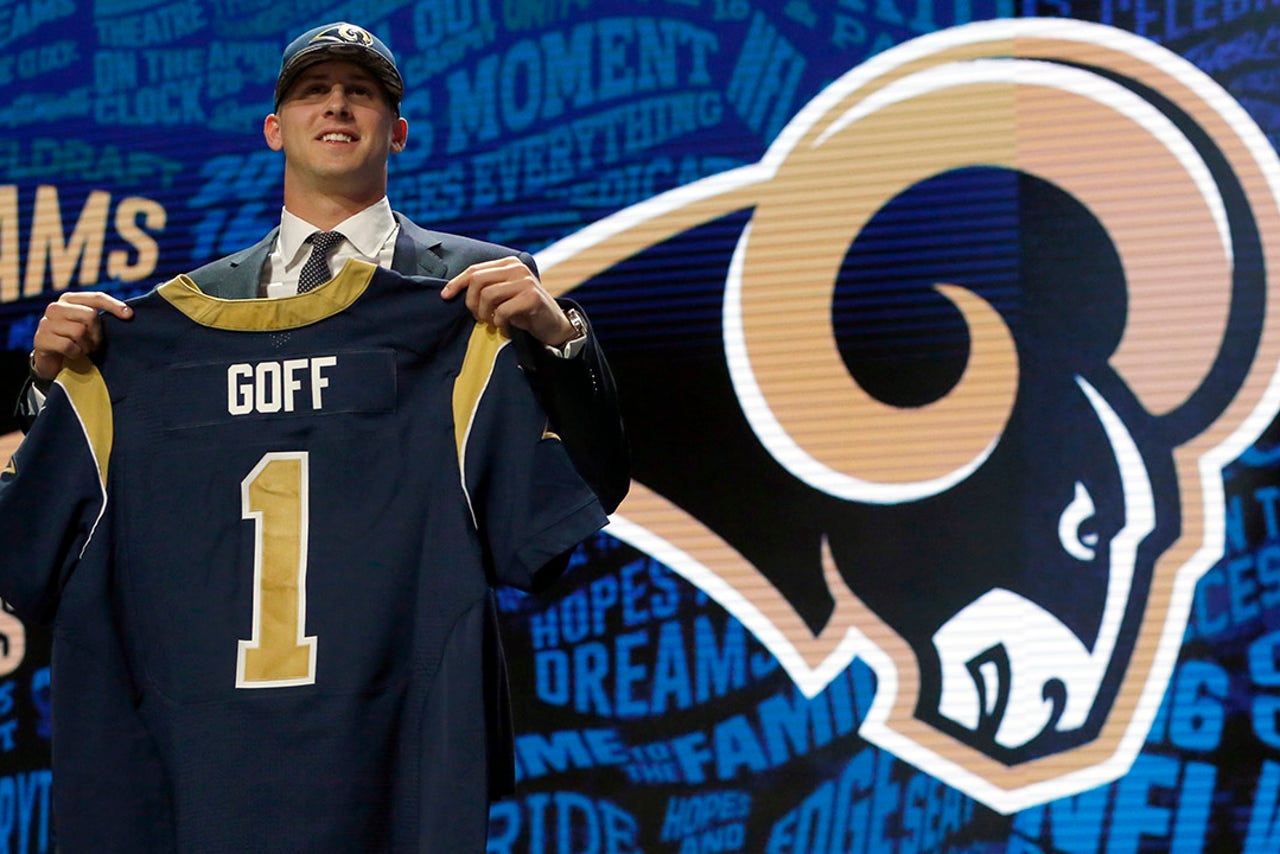 On offense, Pro Bowl quarterback Tyrod Taylor is back and is in his second year as a starter. Like the rest of the offense, his success hinges on his health. If he's able to play all 16 games alongside Sammy Watkins and LeSean McCoy, the Bills will be in good shape. They missed a combined nine games last season, which can't happen again in 2016. Challenging for the AFC East will be difficult, but if Tom Brady's suspension holds up, it could be a great opportunity for Buffalo to steal the division.

The Texans snuck into the playoffs a year ago thanks to an injury-riddled season from Colts QB Andrew Luck and a very weak division, but it won't be as easy this season. Fortunately, they added more weapons than any team in the NFL. Brock Osweiler has high expectations in his first season as a full-time starter, but he has a boatload of talent around him. Lamar Miller is the new starting running back with DeAndre Hopkins being joined by rookies Will Fuller and Braxton Miller on the outside. Nick Martin should come in and start from Day 1 at center, which helps the offensive line.

There are still questions on defense with the oft-injured Jadeveon Clowney and a weak duo at safety in Andre Hal and Eddie Pleasant, but J.J. Watt and Vince Wilfork make up for it up front. The offense should take a huge step forward so long as Osweilier plays like the man they paid him to be. 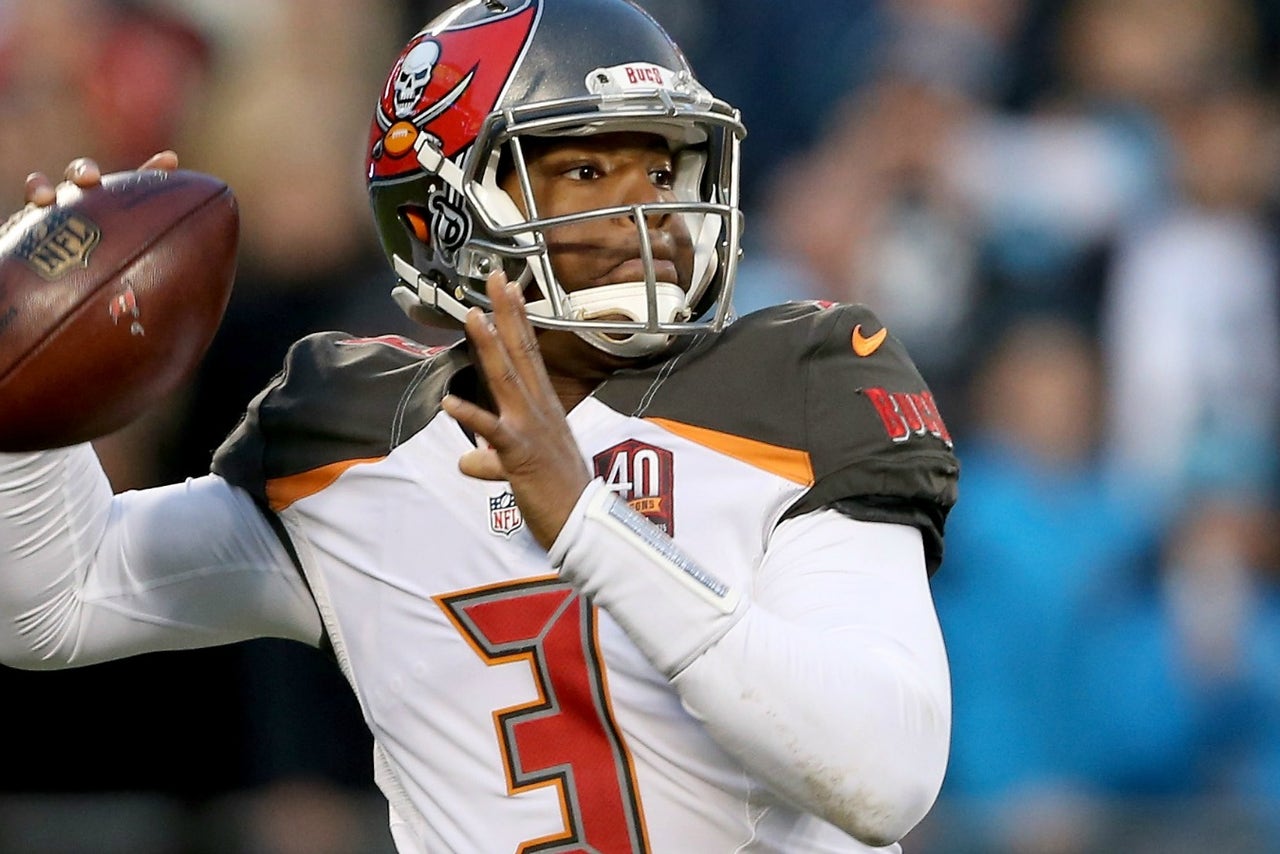 It's unusual for an 11-5 team to be underrated, but the Vikings are. No one is talking about them as Super Bowl contenders, but they're close. Teddy Bridgewater is only getting better, and drafting big wideout Laquon Treadwell should help that further. Stefon Diggs emerged as a true No. 1 wideout last season and should continue to improve, as well. Oh, and there's a guy named Adrian Peterson running the ball in Minnesota, too.

Mackensie Alexander could be a steal at cornerback in the second round and has a chance to come in and start at nickel right away. He'll join Xavier Rhodes, Terence Newman and former first-round pick Trae Waynes in what's a very deep secondary that also boasts Harrison Smith. Surpassing 11 wins is certainly possible, but it's not about the regular season for the Vikings -- it's about making a deep playoff run. 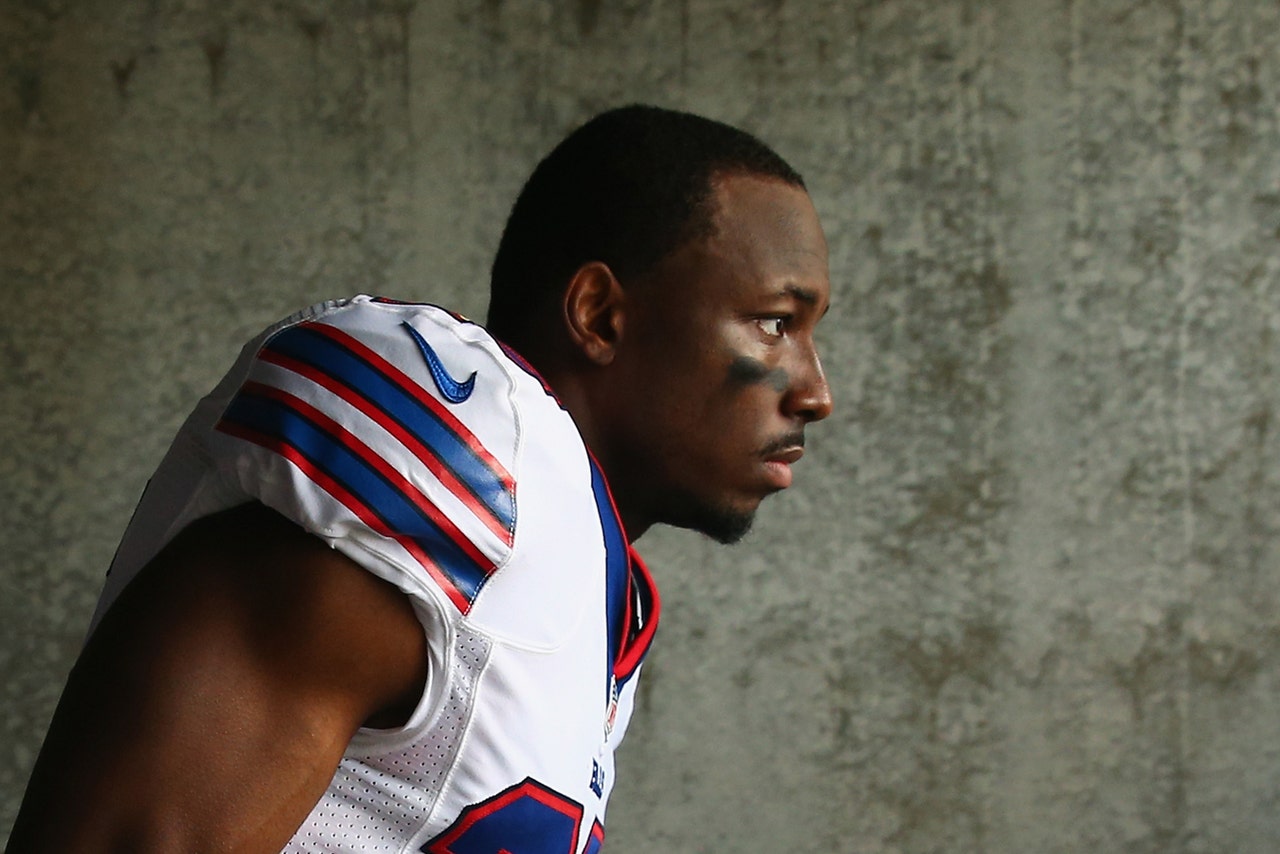 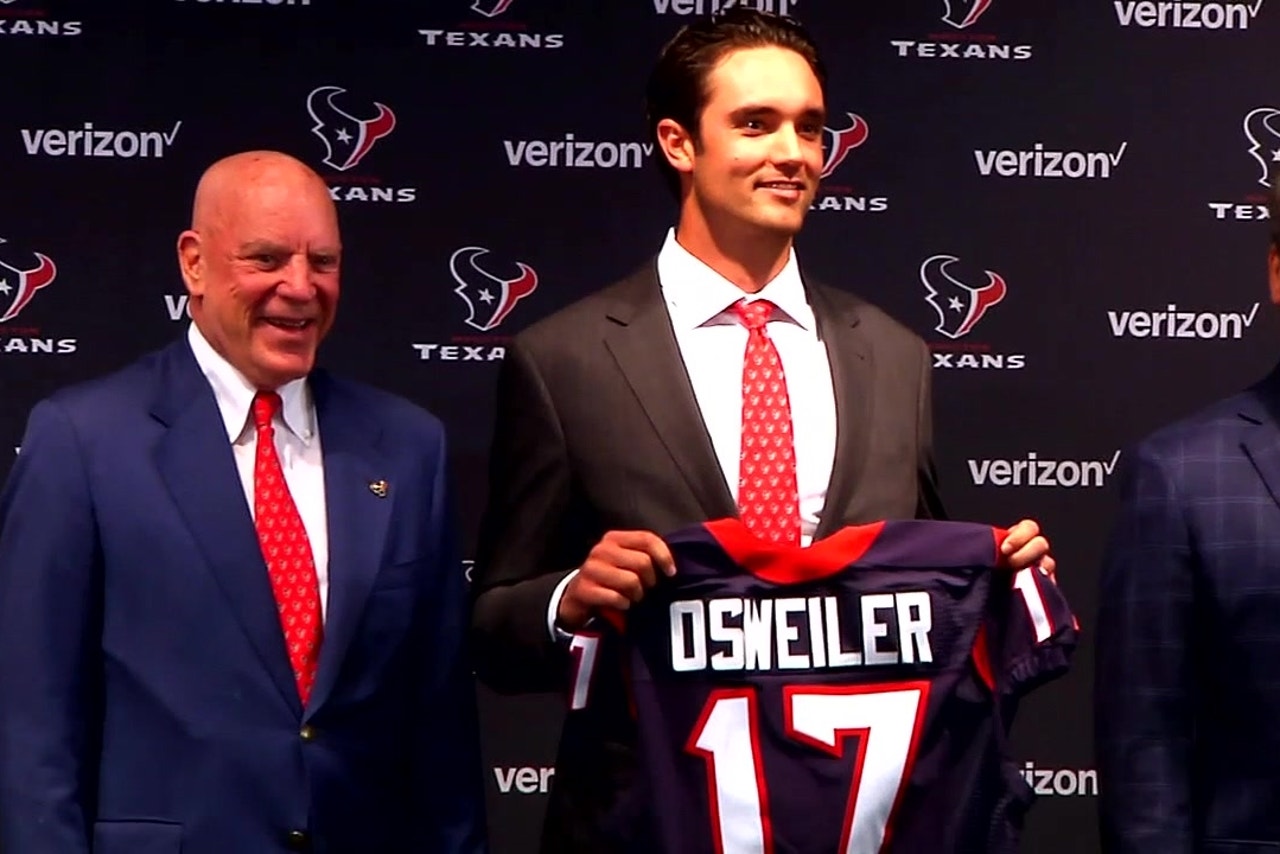 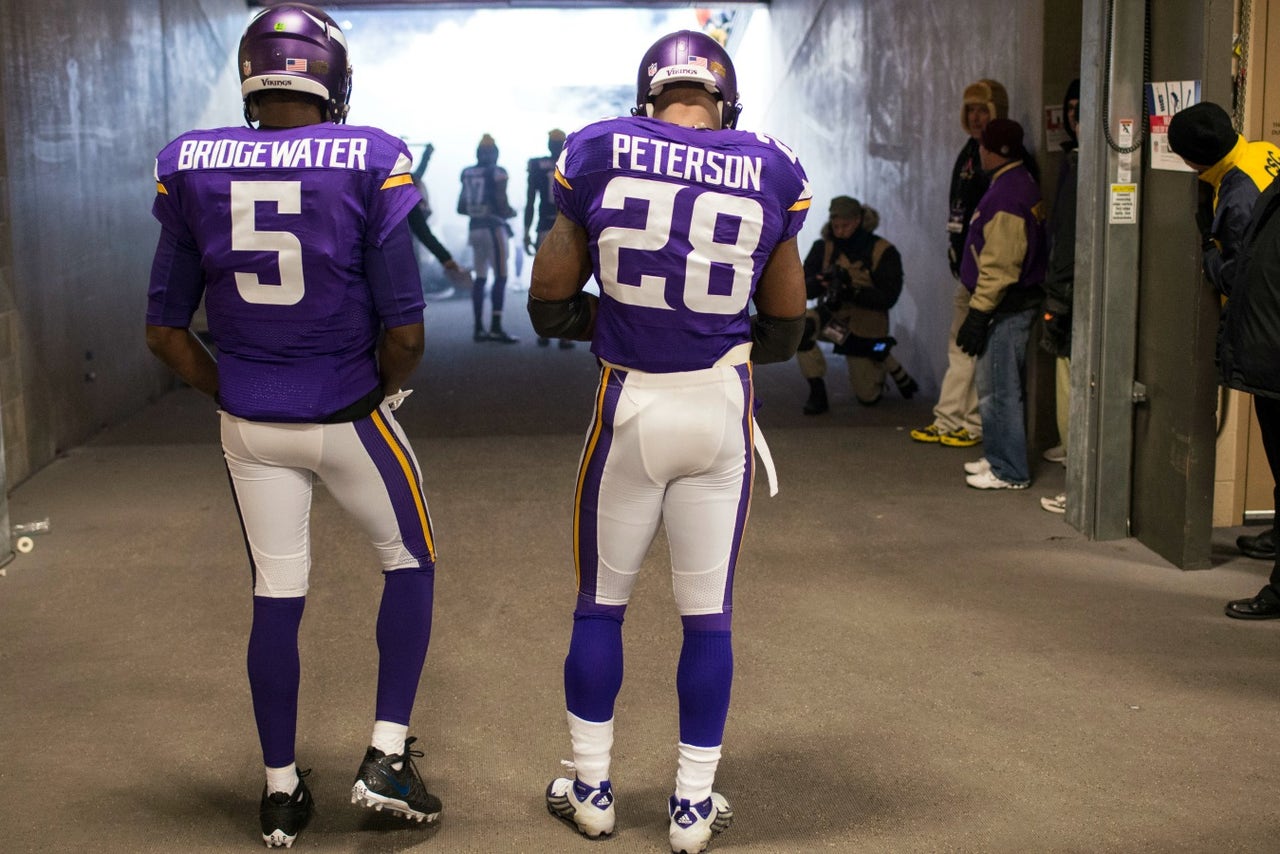