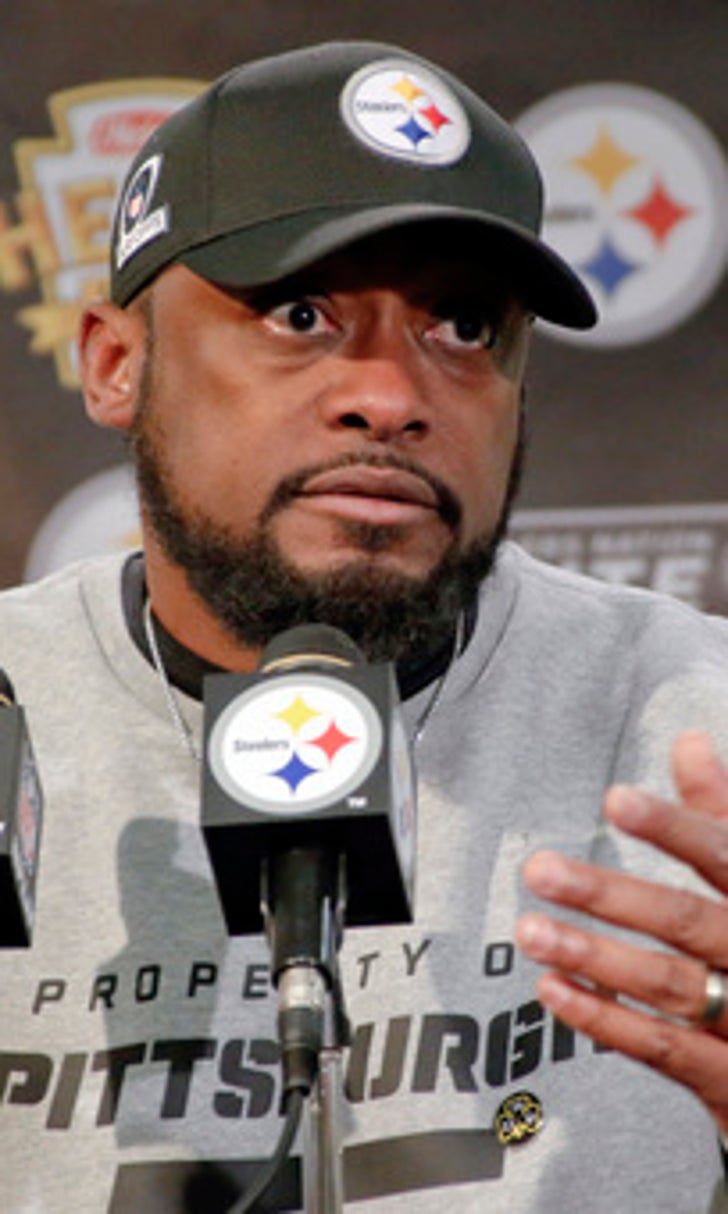 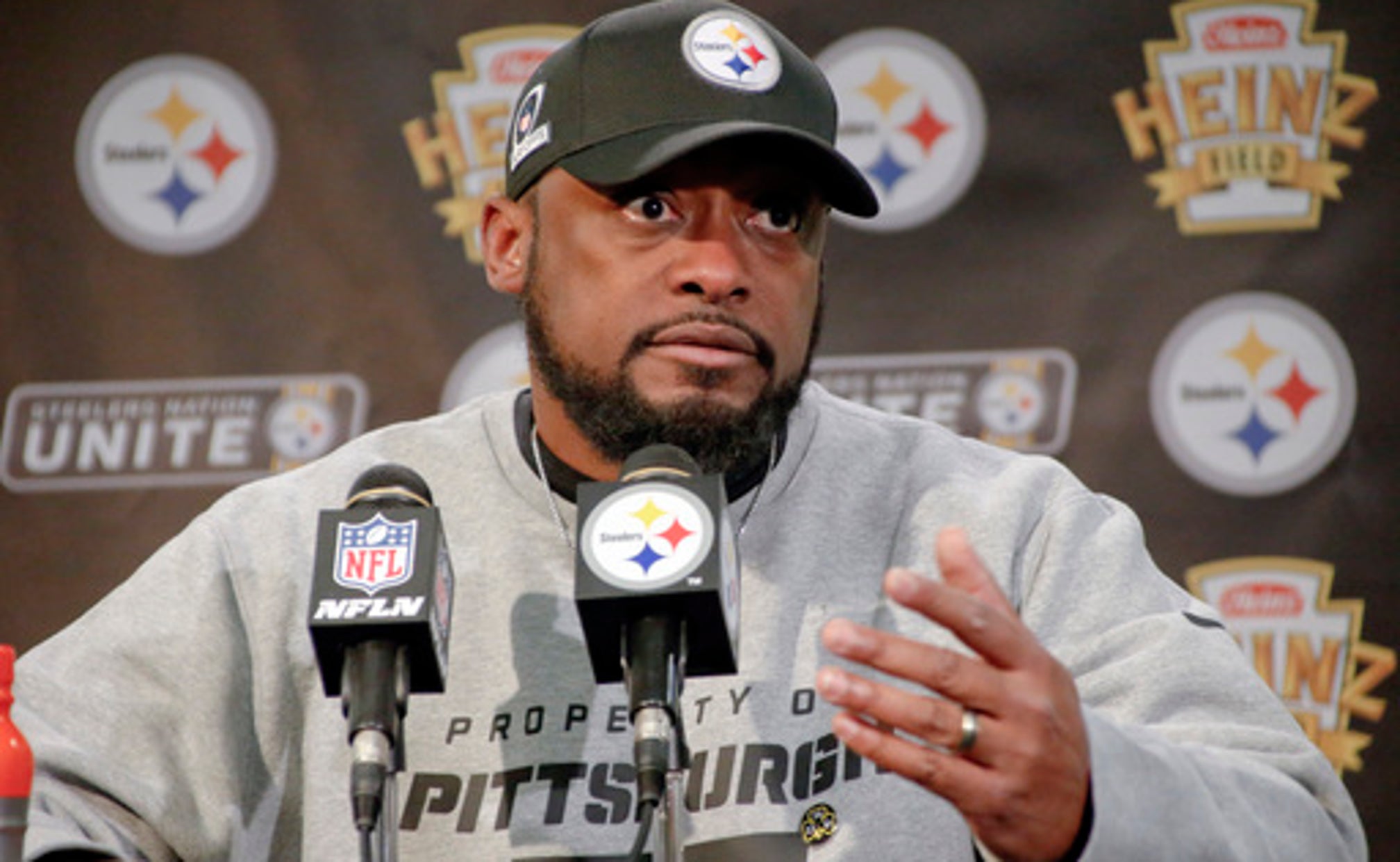 PITTSBURGH (AP) It wasn't the pregame talk about New England.

Or the seemingly weekly distractions that piled up one on top of the other, some of them self-created and others the byproduct of circumstances far beyond their control.

The Pittsburgh Steelers spent Monday cleaning out their lockers instead of getting ready for the AFC championship game because they were outplayed and outclassed by Jacksonville in a wild 45-42 loss .

''I don't think (the outside noise) had anything to do with it,'' guard David DeCastro said. ''They just made more plays than us. I don't mean to sound cliche, but I thought we did a great job blocking all that stuff out all year and didn't make too big a deal of it.''

If anything, the Steelers seemed to thrive off adversity while going 13-4 and earning a second straight AFC North title.

Yet all that swagger, all that confidence eroded over the course of three difficult hours against the Jaguars.

The defense that set a franchise record and led the NFL with 55 sacks couldn't get a hand on Blake Bortles.

Running back Le'Veon Bell stressed there were ''no excuses'' heading into the postseason.

And as they met for the last time before the cycle begins anew in March, they didn't offer any.

Four consecutive playoff berths have yielded zero parades through downtown in mid-February with the Lombardi Trophy in hand.

''Every time you don't win the Super Bowl, it's a wasted opportunity,'' linebacker Vince Williams said.

Asked if he believes the pieces are in place for the current core to take the step that's proven elusive, quarterback Ben Roethlisberger said he ''absolutely'' does while promising to return for a 15th season.

It's an assurance that at least will help the Steelers avoid the weeks of ''will he or won't he'' Roethlisberger put the team through while he pondered his future last spring.

''I don't know about contracts and who's coming back, but I know the guys up front are,'' Roethlisberger said. ''That makes it good for me.''

It just might not make it good for everyone.

A look at what went wrong and what may be in store between now and when the Steelers report for organized team activities in May.

RUN OVER: The Steelers finished fifth in the league in total defense and 10th against the rush, but had issues getting dominated at times. Jacksonville combined to pile up 395 yards on the ground while winning twice at Heinz Field.

''The things that happened this year can't happen next year,'' defensive end Cam Heyward said. ''There are going to be new problems and new things we need to correct, but let's find a different problem.''

REPLACING RYAN: Pittsburgh linebacker Ryan Shazier's season and likely his NFL career ended when he suffered a spinal injury against Cincinnati on Dec. 4. He underwent spinal stabilization surgery two days later and his upbeat approach to his recovery (highlighted by the (hash)Shalieve hashtag) gave the Steelers an emotional rallying point.

The business side of the equation, however, will need to be addressed in the offseason. Pittsburgh signed Sean Spence to take Shazier's place in October, but the defense as a whole struggled at times over the final weeks.

A major priority heading into the draft will be finding a player who can inherit Shazier's spot in the huddle, though Shazier's role as a leader will be far more difficult to fill.

WHAT ABOUT TODD?: Offensive coordinator Todd Haley has helped Roethlisberger put together the most productive seasons of his potentially Hall of Fame career.

And while the two have never been close, they've found enough common ground to help the Steelers and their ''Killer B'' offense rank among the most consistently dynamic attacks in the league.

It may be time, however, to move on. The Steelers made a pair of questionable play calls on fourth-and-1 against Jacksonville, both of which ended with Pittsburgh failing to convert.

Throw in Haley's peripheral involvement in an incident at a bar on New Year's Eve in which he was injured and Pittsburgh could decide to find someone else to run an offense that includes Roethlisberger, Bell, Antonio Brown, rookie wide receiver JuJu Smith-Schuster and Martavis Bryant.

HAPPY RETURNS?: Bell skipped training camp while waiting to sign his one-year, $12 million franchise tender. The Steelers will have a chance to sign him to a long-term deal or franchise him yet again next year, a move that Bell told ESPN would force him to consider retiring or sitting out the entire season.

Bell, who led the NFL in touches this season (404) said Sunday his preference is to remain in Pittsburgh. Bryant, who made an ill-advised trade request in September after returning from a drug suspension, has one year left on his deal and wants to stay in Pittsburgh. Bryant came on late and made a spectacular diving touchdown grab against Jacksonville.