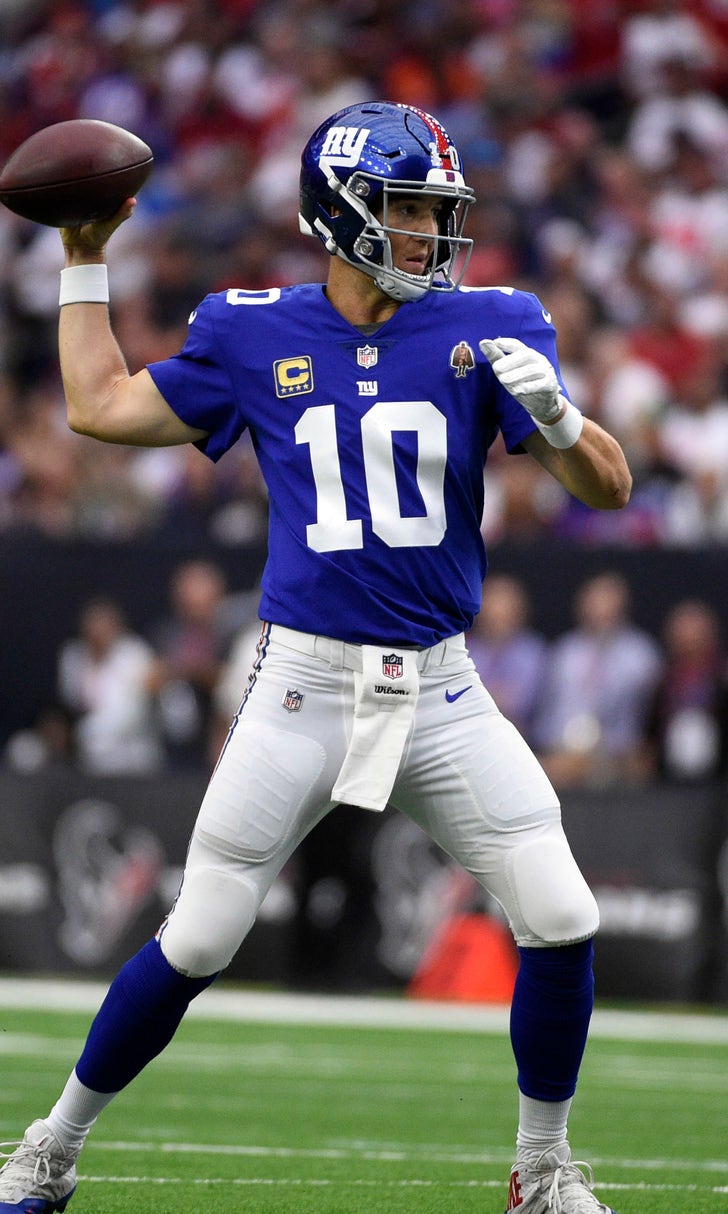 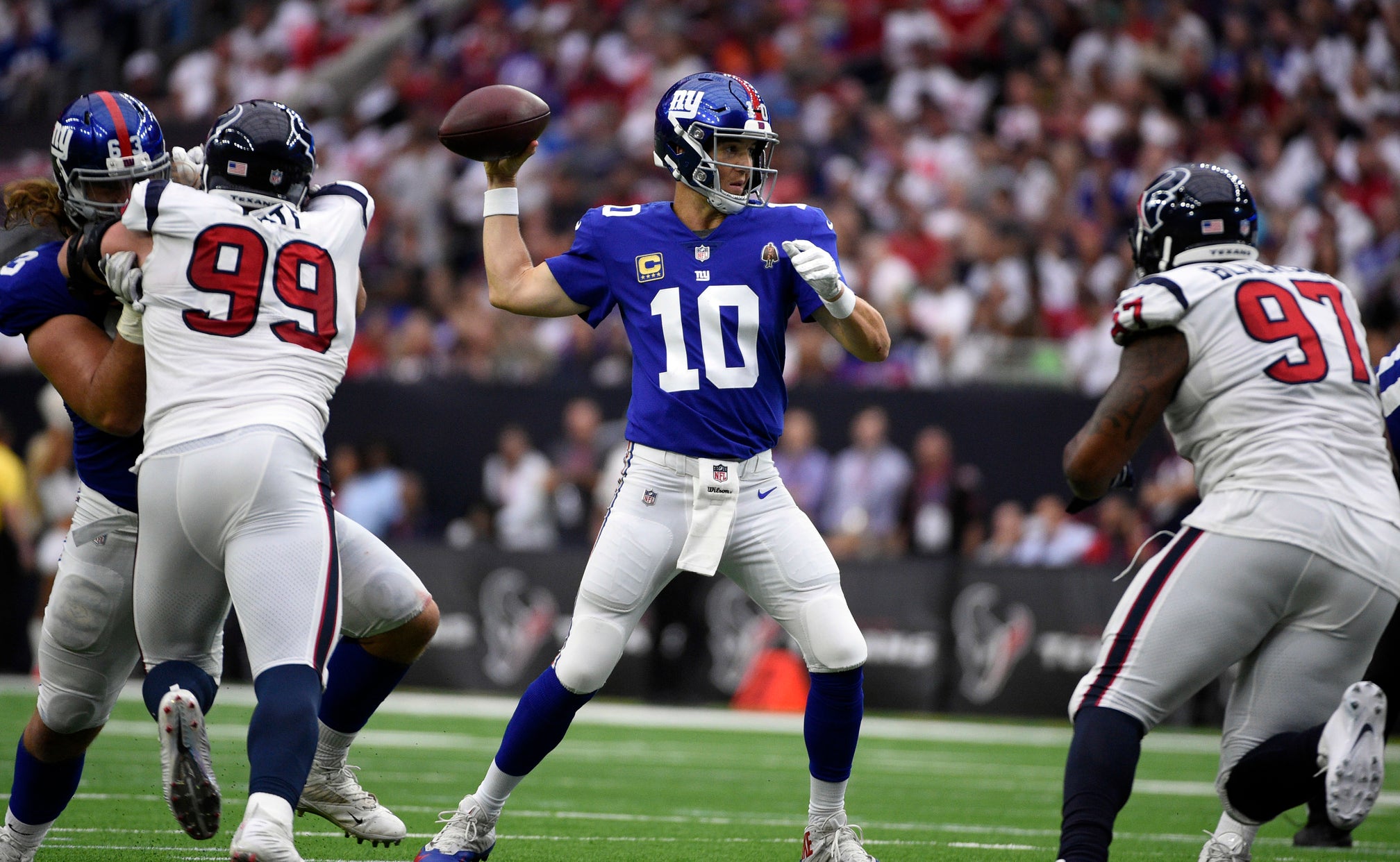 They're breathing easier in New Jersey, Seattle, and the Motor City, and taking in some rarefied air in western New York.

Most shocking, no doubt, was what the Bills did to the Vikings . After being the brunt of so many jokes the last two weeks following inept showings, then exacerbating it by tweeting an image of their helmet traveling to meet the Vikings' helmet — in Wisconsin — the Bills dominated in Minnesota. To boot, they were 16-point underdogs, making them the sixth team in the last 81 games with such a spread to pull off an upset.

Where did that come from?

Well, cynics will say the Vikings were coming off that emotional tie with Green Bay and face the NFL's most powerful squad in a short week when they host the Rams on Thursday night. The folks in Buffalo will tell you the Bills, who broke a 17-season drought of playoff appearances last winter, aren't as bad as they've looked.

"No one thought that we were going to come in here and play the way that we did, except the people in this locker room now," offensive tackle Dion Dawkins said, and he was right, particularly about the oddsmakers. "We came into the game fueled and ready to play."

Say what you will about their forgettable first two outings, the Bills proved a lot Sunday. A team in turmoil, missing its best offensive player in injured running back LeSean McCoy, seemingly a sieve on defense, manhandled one of the Super Bowl favorites. With a raw rookie quarterback, too.

"We really don't really pay attention to what people think about us," linebacker Lorenzo Alexander said. "It's all about internal belief and confidence. If you listen to outside noise, we'd never win a game because nobody respects Buffalo at all. We have to continue to go out and earn that respect."

Eli Manning has earned plenty of respect — and two Super Bowl rings — in a borderline Hall of Fame career. What he's earned the last year or so has been doubters that he had anything left.

At Houston, he showed when given any sort of protection by the Giants, he can be productive and a winner. Manning was besieged in the first two defeats, either sacked or hit or pressured so much he barely got the snap before he was inundated. Against the Texans, and with 2015 first-round draft pick Ereck Flowers wisely benched at right tackle, Manning had some of the best numbers of his career: 25 for 29 for 297 yards and two touchdowns. He connected with nine receivers.

"I thought we kind of condensed the offense a little bit and made sure guys knew what they were doing," said Manning, pointing out without saying as much that the Giants were slow to react in losses to Jacksonville and Dallas. "Plays that they knew, they were playing fast, the offensive line was playing fast and we have good players, just let them go play. Let's not try to be perfect and trick or do too much. Let our guys go win, because we got good athletes."

Seattle once had as talented a roster as any team, winning one Super Bowl that should have been two, and dominating the NFC West. With defections, injuries and retirements, though, these Seahawks need to succeed with guile, grit and coaching acumen.

In their first home game, the Seahawks showed they still have a huge advantage at CenturyLink Field, especially when they get going quickly. The Cowboys, coming off a masterful manhandling of the Giants last weekend, ran into a buzzsaw.

The 24-13 whooping the Seahawks put on the Cowboys was reminiscent of past Pete Carroll teams. They played with an edge that has marked his squads since his Southern Cal days.

"We were trying to get to our formula, and we just didn't get started well in the first couple games," Carroll said. "But this is how we want to play. "

The day of relief was completed Sunday night when the Lions stunned the Patriots 26-10 as Matt Patricia got his first victory as a head coach — besting his boss while he was leading the New England defense, Bill Belichick.

Detroit fans believed their team's prospects heading into 2018 were solid in a tough division. Then they fell flat in the opener against the Jets — yes, the Jets won at Ford Field and the Patriots lost. Last week, the Lions lost at San Francisco.

But now, a sigh of relief that could be felt along all the Great Lakes, and a further belief that Detroit can compete in an NFC North where the Vikings and Packers have struggled, too, and the Bears lead at 2-1.

Followers of the Bills, Giants, Seahawks and Lions also can take comfort in knowing there are three 0-3 teams out there: the Raiders, Texans and Cardinals. They might even feel some empathy for fans in Oakland, Houston and Arizona.