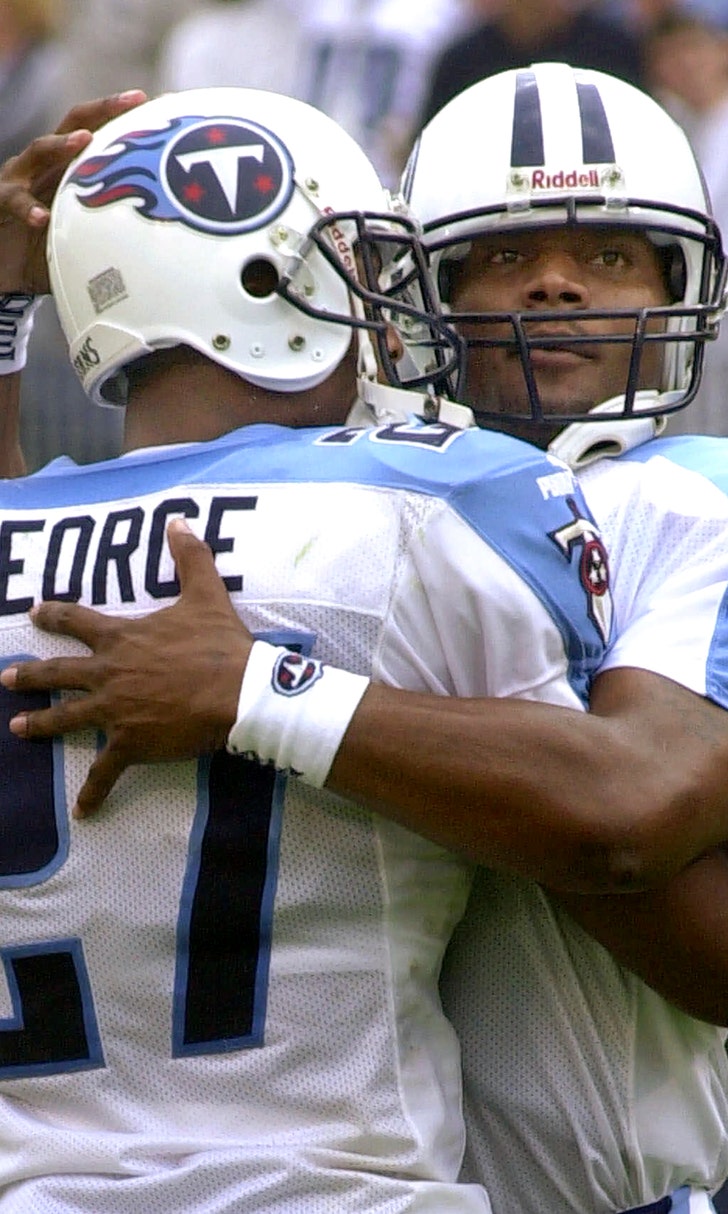 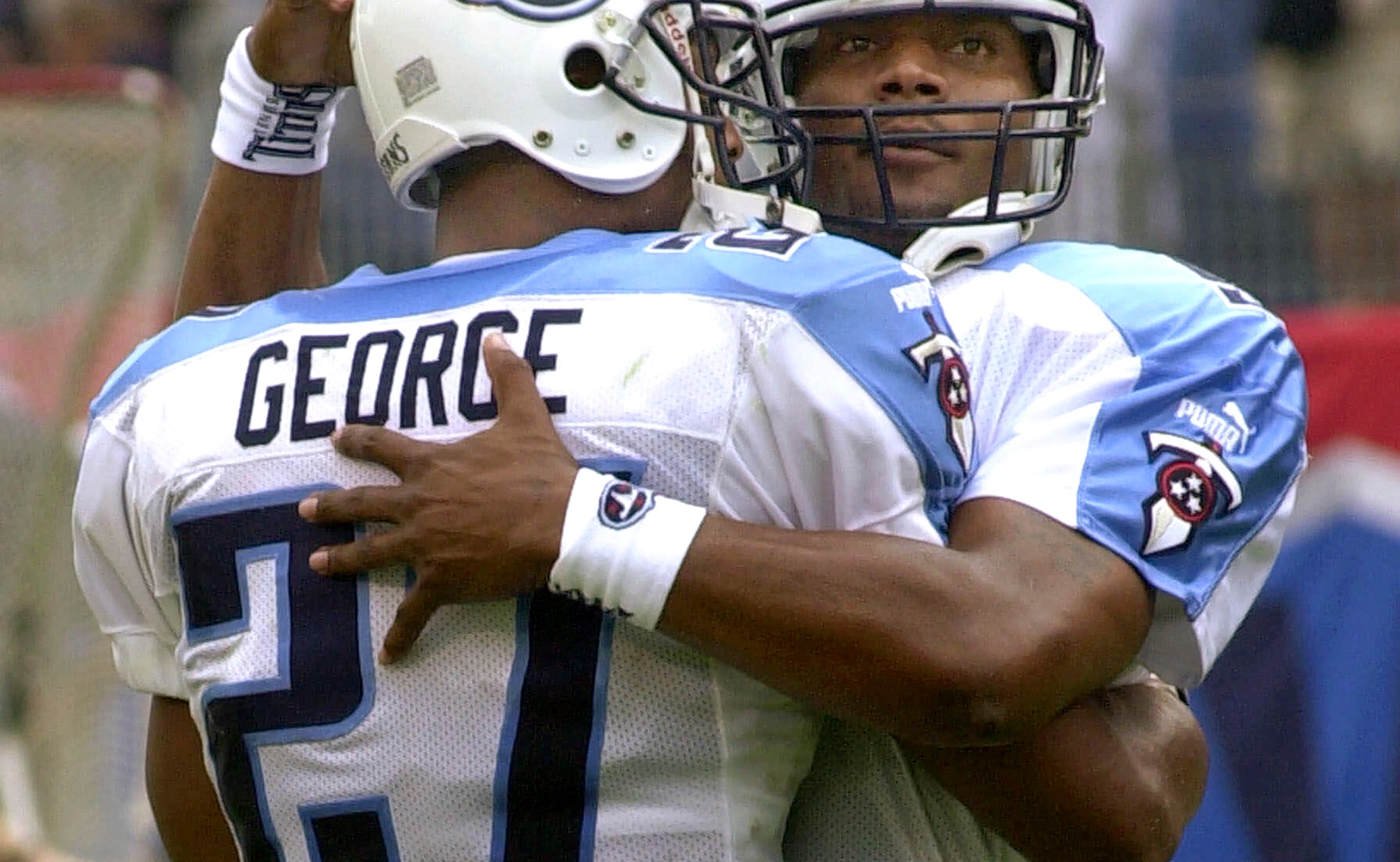 previous story
No. 18 Michigan State tries to pay back Arizona State
next story
Saints' gashed defensive front happy to have Onyemata back

George challenges Titans to seize moment as team honors past

NASHVILLE, Tenn. (AP) — The Tennessee Titans are honoring their past by retiring the Nos. 27 and 9 of Eddie George and the late Steve McNair.

George, the franchise's career rushing leader challenged, the Titans to seize the moment Sunday against the Indianapolis Colts and establish themselves as an AFC power once again.

George spoke to the Titans after practice. McNair and George's numbers will be retired Sunday at halftime of the home opener against the Colts. He told the current Titans former players appreciate three straight 9-7 seasons — the first since this team relocated to Tennessee in 1997.

George also made clear these Titans have a chance Sunday to turn the tide in a division they haven't won since 2008. He mentioned how his Titans took control of the then-AFC Central with a comeback win in Jacksonville in 1999 on the way to this franchise's lone Super Bowl berth.

He believes this is that moment for these Titans (1-0).

"Indianapolis for a long time has been a thorn in their side, has been a hurdle they have to overcome," George said. "And this week in my opinion is bigger than a playoff game. It's bigger than a Super Bowl because it's the changing of power. Now they can establish ... to say, 'Hey, we're for real.'"

The Titans are holding a "Fantennial Weekend" featuring George, plenty of his former teammates and other Titans taking part in events, including Sunday's retirement ceremony at halftime. Neil O'Donnell, who backed up McNair for five seasons, hopes it's more a celebration than mourning the man killed at the age of 36 on July 4, 2009.

"You will always remember No. 9, but you want this for his family and all the people who supported and helped Steve get to where he was as a player," O'Donnell said. "You want him to have the respect and to retire that number because it's well deserved."

George thanked controlling owner Amy Adams Strunk for both making him and his family feel welcome and that he and McNair's careers meant something to the organization.

"She's definitely taken it to another level in terms of reaching back and bringing along guys like myself and Steve and acknowledging us," George said.

With this retirement, the NFL will have 153 numbers retired across the league. This will be the first No. 9 or No. 27 retired by any team. Of the Titans' six other numbers retired, all six are members of the Pro Football Hall of Fame. George is among 122 nominees announced Thursday for the 2020 induction class.

Zach Piller, who blocked for McNair and George, says it's fitting the men are being recognized for what they did. Piller called the men almost a "yin and yang" with George working hard in the weight room while McNair was busy recovering from his latest injury in the training room.

"Somehow they got it done," Piller said. "Eddie's over there, he's intense. He got everybody fired up. I think Steve's over there waking up from his nap. It's two different ways to go about it, and you can't argue with what they did and what they accomplished on the field."

"If we want to honor those guys as players, it's going to be by beating the Colts," Byard said.