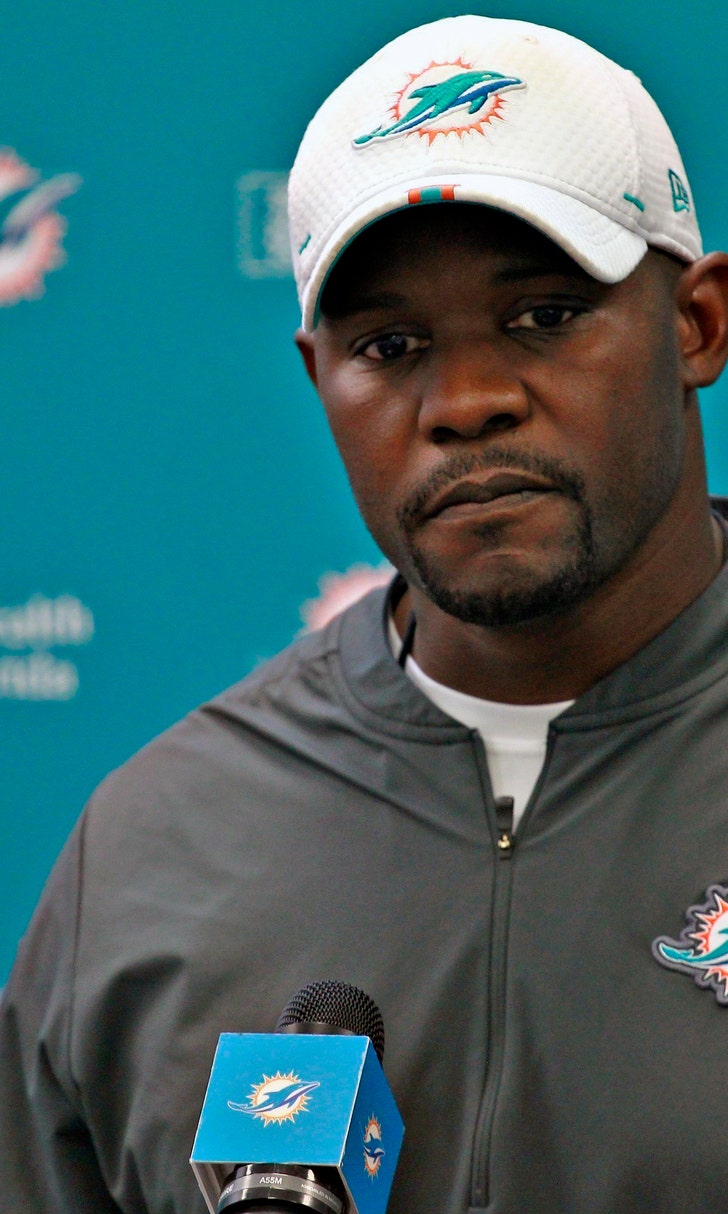 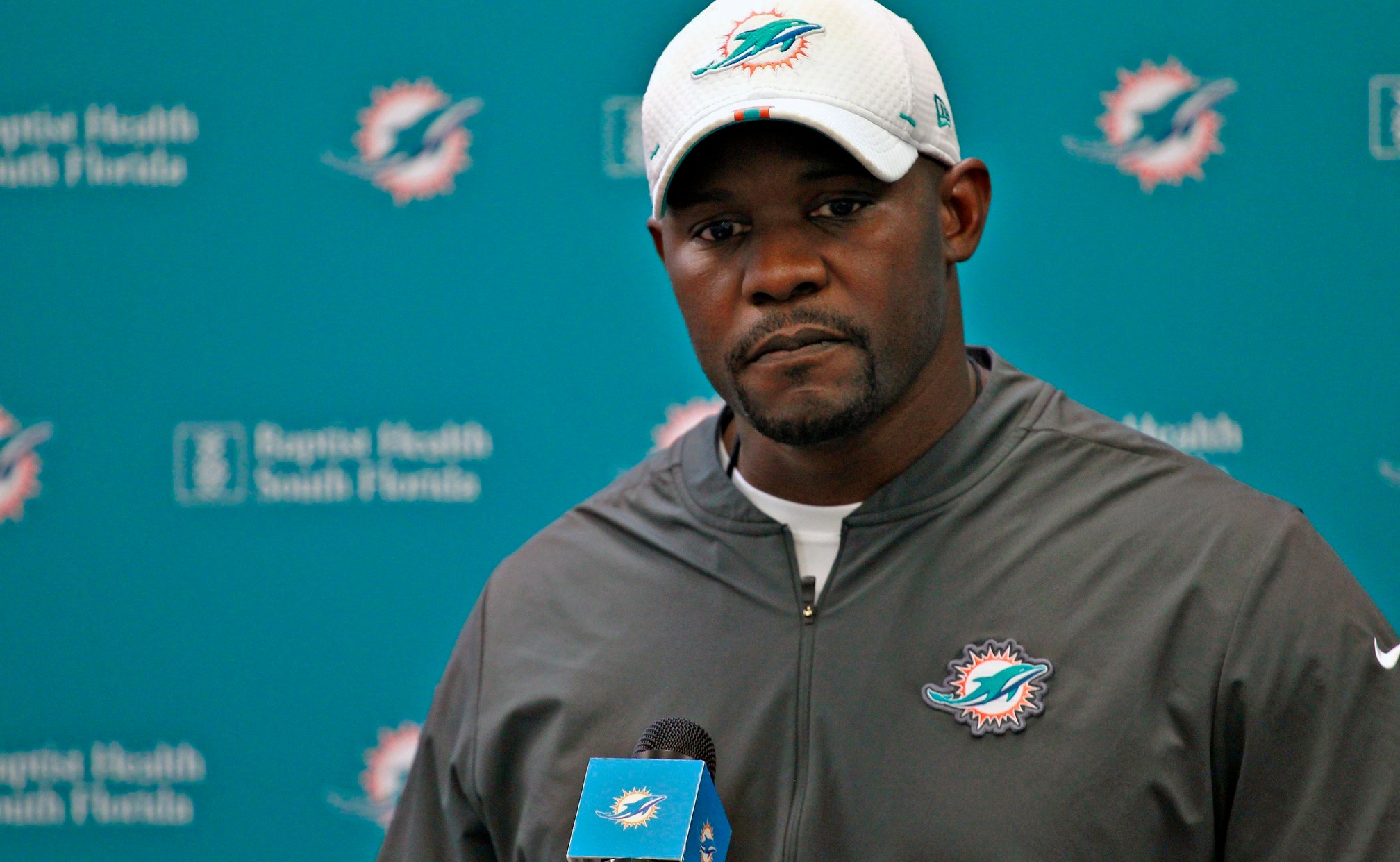 previous story
NFL At 100: the shadow of domestic violence over league
next story
Antonio Brown returns to Raiders, plans to play opener

MIAMI GARDENS, Fla. (AP) — No team has played in a Super Bowl in its own stadium, and given the Miami Dolphins' outlook, that streak should continue this season.

The big game will be in Miami on Feb. 2, and by then the Dolphins' season should be long over. Oddsmakers list their odds of reaching the Super Bowl at 250 to 1, worst in the NFL.

The bigger drama is whether rookie coach Brian Flores will win any games between now and then. Last week's roster sell-off completed an offseason purge that left the franchise well-positioned for the 2020 and 2021 drafts, at the expense of 2019.

Flores' first try to avoid 0-16 will come Sunday against the Baltimore Ravens, who actually do have a shot at playing in February. Here are things to know about the season opener for two teams headed in different directions:

Flores keeps saying Miami is playing to win this year, but memes showing a tank over the Dolphins logo have become popular on social media.

Whatever the front office's motivation, only 22 of the team's 53 players were on the roster last season. The latest to depart in trades that netted mostly draft picks were left tackle Laremy Tunsil, receiver Kenny Stills and linebacker Kiko Alonso, who made a combined 137 starts for Miami in 2016-18.

Fourteen players have joined the Dolphins in the past 10 days, including two listed as starters — left tackle Julien Davenport and defensive end John Jenkins.

"I like that we've been aggressive trying to bring in players that we feel will help this team and better the roster," Flores said. "I like that aggressive approach."

The Ravens, favored by a touchdown on the road, had the NFL's top defense in 2018, won the AFC North and reached the playoffs for the first time in four years. They've completed a transition at quarterback from Joe Flacco to Lamar Jackson, who took over last November and led Baltimore to a 6-1 finish.

The defense is again expected to make Baltimore a playoff contender, despite the loss of linebackers Terrell Suggs, C.J. Mosley and Za'Darius Smith in free agency, and the offense could be potent if Jackson is as dynamic as the Ravens hope.

But who knows, especially in a season opener?

"Whether you've been in this league one year or 13 years, anytime you step on that field on game day, you definitely have butterflies," said Baltimore safety Tony Jefferson, an eighth-year veteran. "That sense of unknown, what's going to happen in the game, it's always going to be there."

Jackson was born in Pompano Beach, 30 minutes from the Dolphins' stadium. He played high school football in Florida and was awarded the key to the city of Pompano Beach in 2017, and his family and friends will be among the spectators rooting for the Ravens.

Ryan Fitzpatrick has been cut twice and traded twice during his 15-year career, and he's 50-75-1 as a starter. On Sunday the Miami newcomer will set an NFL record by throwing a pass for his eighth team.

At 36, Fitzpatrick said he's excited to lead a team that may be the league's youngest.

"Just in terms of who I am and the career that I've had and the different places that I've been, this means a lot to me," Fitzpatrick said. "I think my career has led me to this, and I fit well in the role I'm being asked to play right now."

The forecast for the 1 p.m. kickoff calls for high humidity and temperatures in the upper 80s, and the Ravens are braced for a sweltering day.

"Conditioning is always important, but it's certainly even more important down there when you play an opener," coach John Harbaugh said.

History suggests the Dolphins have an advantage because they're used to the heat.

"Don Shula might never have lost a home opener if you go back," Harbaugh said. "He had really good teams and it was really hot down there in September. So that's something to bear in mind."